Last updated at 7.12pm with PN, PL statements below

Migrants have been found living in squalid conditions in a stable in Marsa, housed in units with filthy mattresses, mouldy walls and clothes hanging off nails.

Armed with bolt cutters, they opened padlocks and broke down doors to 19 different units in the facility.

One officer said that "around 100" people lived there, although other officials later estimated that number to be lower.

Authorities said 200 beds were found in the stables. 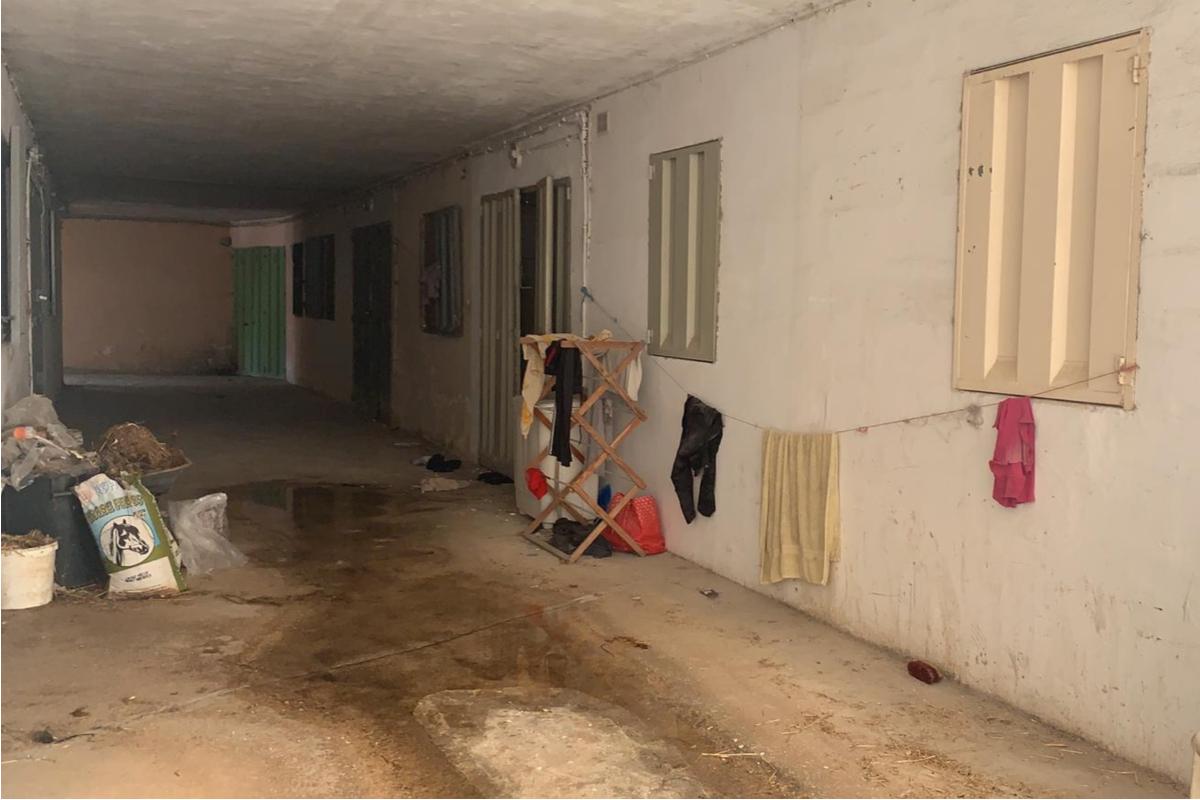 Horse feed seen outside stables were migrants were living. Slide to see inside the stables.

One of the units raided by police officers on Wednesday morning. Photo: Ivan Martin 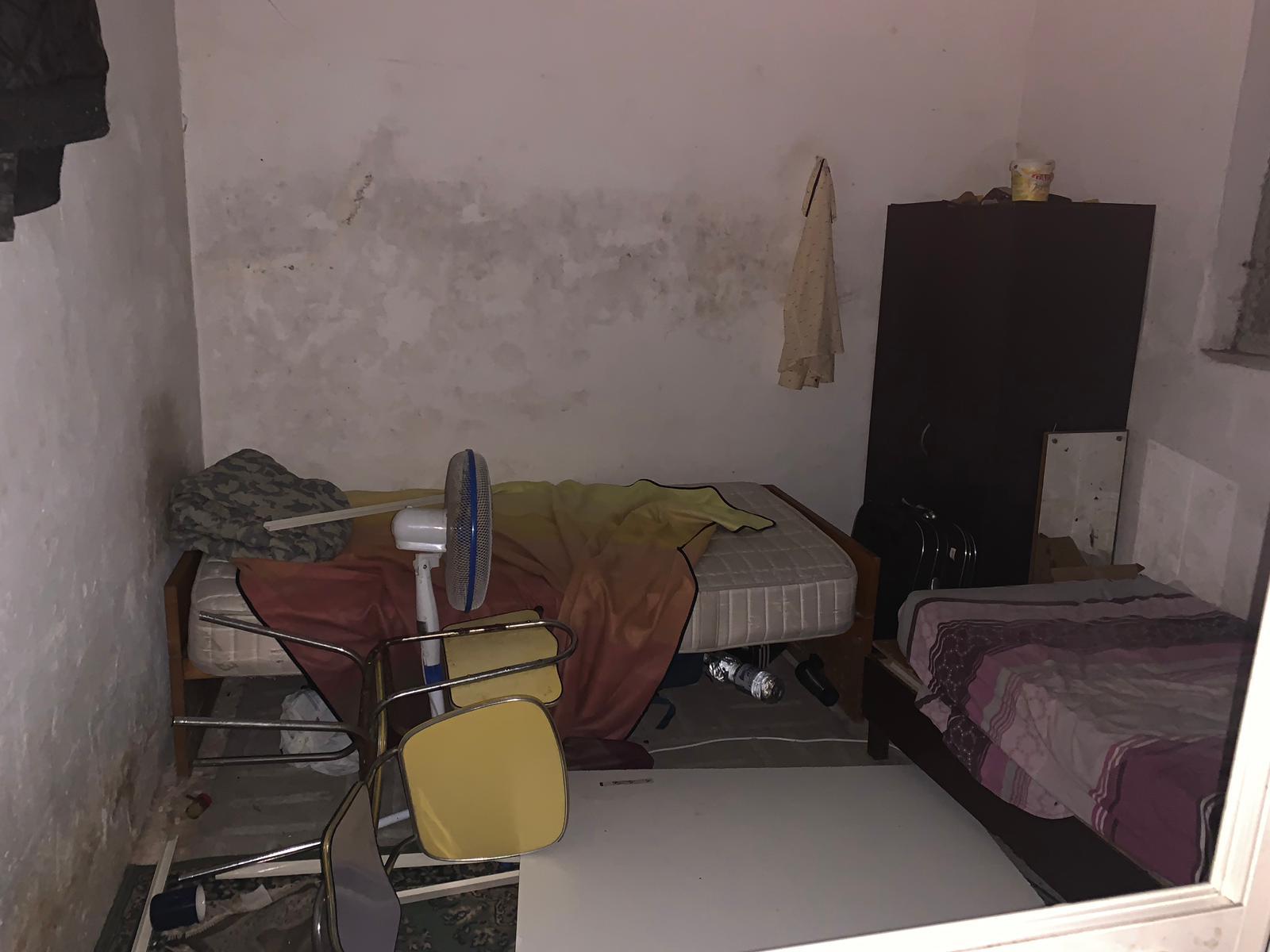 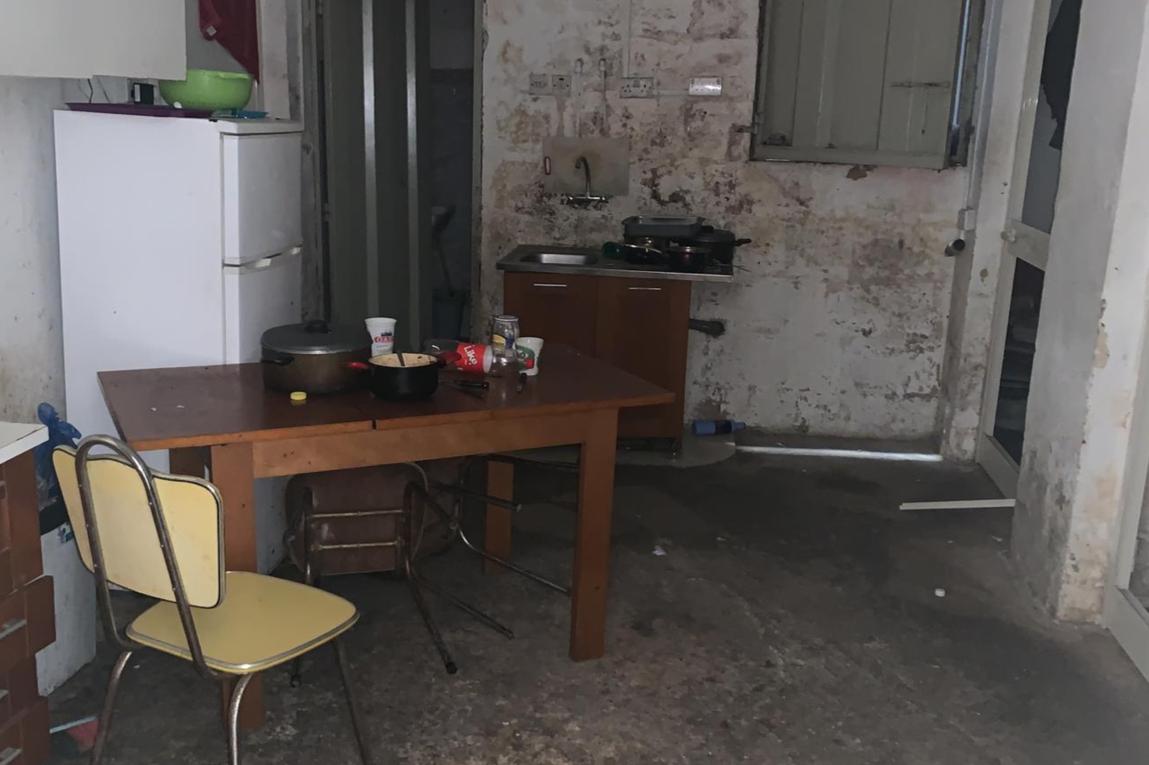 The scene inside one of the stables. Photo: Ivan Martin 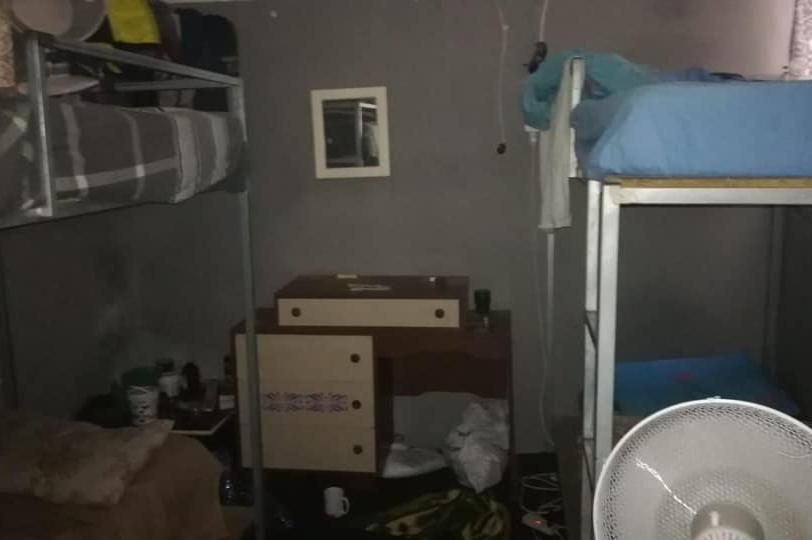 Living conditions in the stables were migrants were found. Photo: Planning Authority 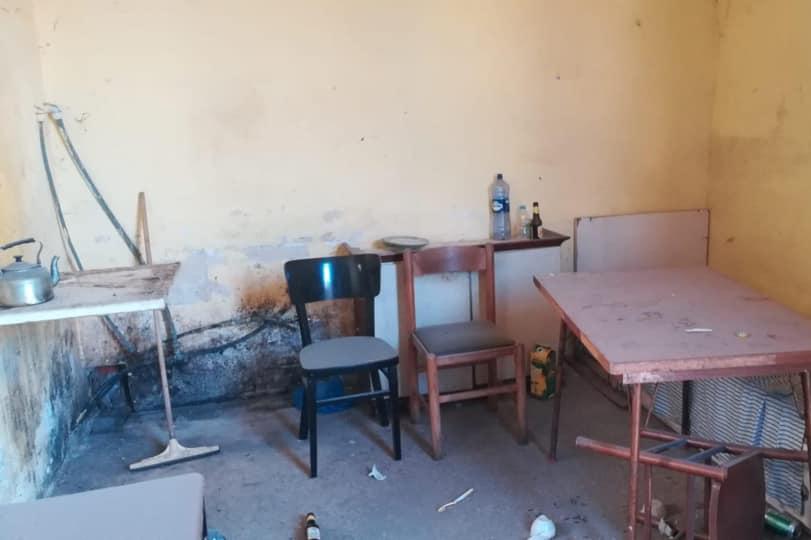 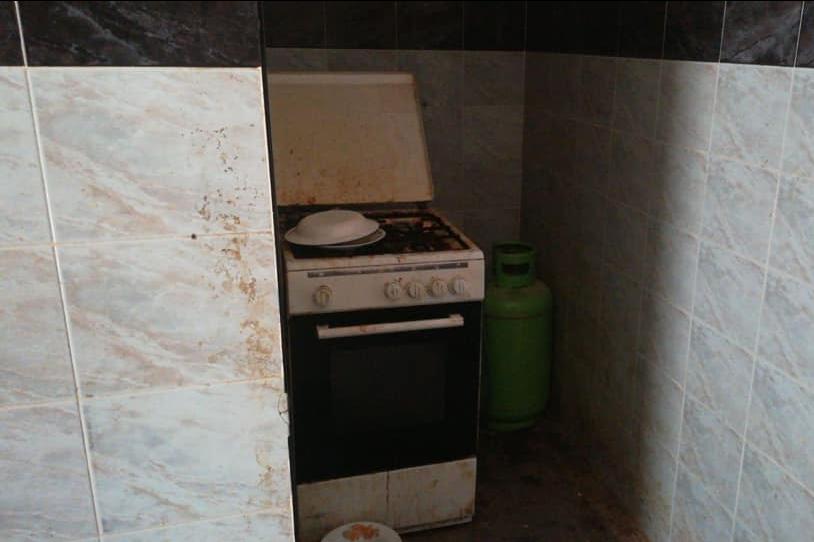 Inside the stables were migrants were found. Photo: Planning Authority 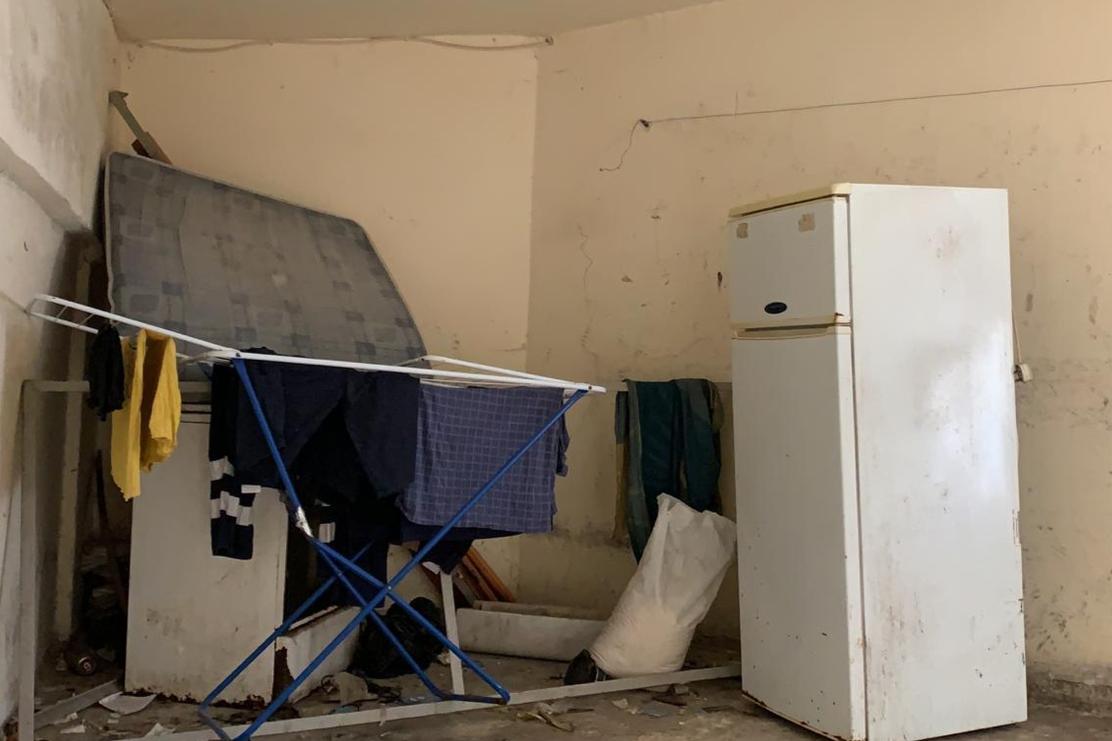 The rudimentary living conditions inside the stables. Photo: Ivan Martin

Sources told Times of Malta that many of the residents were taken away by immigration officials "for verification", given that many were missing identification documents.

The Planning Authority later said that 37 were "arrested and taken in for further questioning". 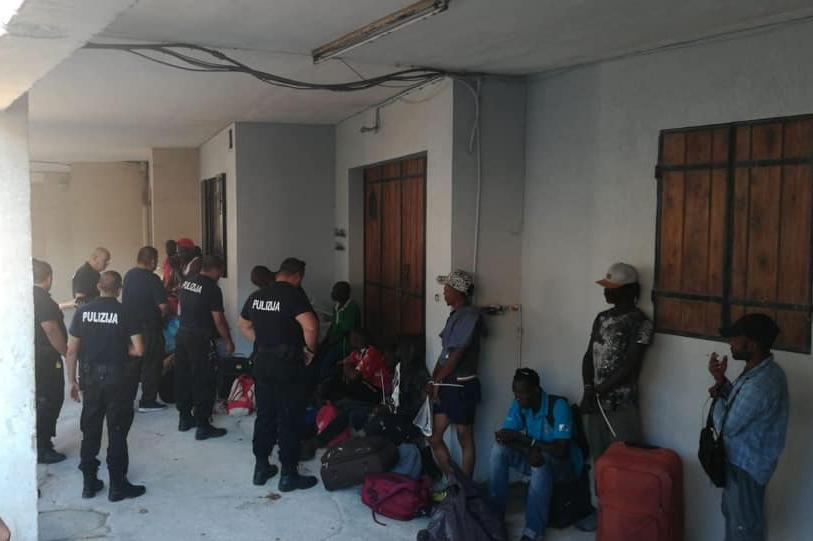 It is not clear what penalties the owners will face - if any - for renting out the stables illegally and in a condition the PA described as "inhumane".

"The foreigners cooked, washed and slept in conditions that were a health hazard not only due to being significantly overcrowded but also as they lacked adequate sanitary facilities," the PA said in a statement.

Residents were reportedly paying €100 a month each to live inside the stables.

Many were not there when the raid took place as they had already left for work, the PA said.

"Authorities will provide access for the workers to return and collect their possessions," the statement said. 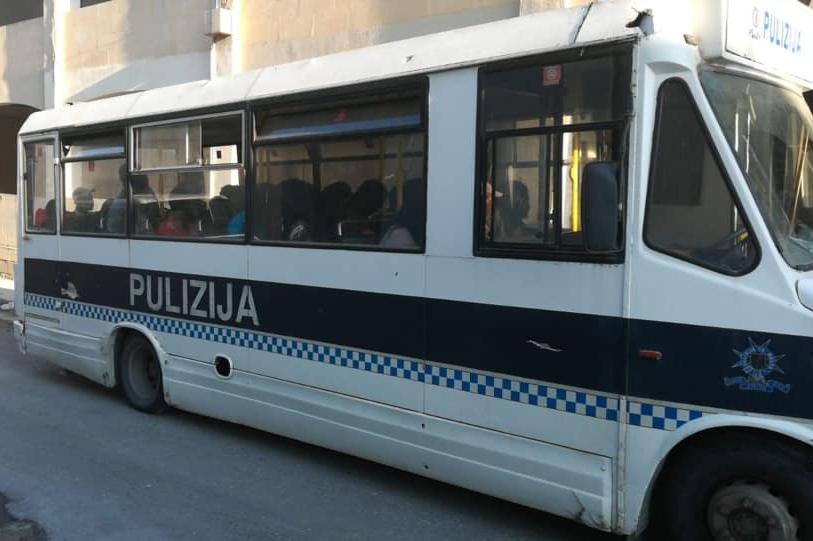 'They lived better than some Maltese'

The stables are divided into multiple units, and the owner of two of them was spotted on site being questioned.

Nazju Tonna said he had rented out two units to four migrants - two in each unit - he insisted to Times of Malta: “This is my property. We didn’t just take up land like they do [with boathouses] in Armier. We weren’t selling drugs in this property, we were just giving a place to live to these migrants, helping them out.”

He said the migrants had living conditions better than those of some Maltese.

"They even had a fridge and a window," he said.

Planning Authority chief Johann Buttigieg revealed the crackdown in a post on Facebook and said arrests were being made.

NGOs have repeatedly warned that migrants are being forced to live in substandard accommodation, and the Marsa stables raid comes almost one year after police officers cracked down on a similar housing setup in Qormi.

On that occasion, authorities had discovered around 120 migrants being housed in cow stalls at a farm which had been turned into makeshift accommodation.

Residents there were evicted after the Planning Authority shut down the site, with many telling Times of Malta that they had been left homeless with nowhere to go.

They were reportedly each paying €100 a month to live on the farm.

Police had declined to prosecute the owner of that Qormi farm, saying residents did not want to testify, and the PA subsequently dropped the case without further action.

"The raids do absolutely nothing to address the serious obstacles that some migrants face on a daily basis," the Foundation said. "We're extremely worried at the fate of the persons evicted this morning. Where will they sleep tonight? Do authorities even care?"

The Nationalist Party said the discovery of migrants living in former stables was further evidence of the exploitation such people suffered.

What Malta was seeing was a policy of cheap labour as one of the consequences of growing the population as the creation of new poverty.

The statement was signed by shadow ministers Carmelo Mifsud Bonnici and Ivan Bartolo.

Reacting, the Labour Party said the PN had ended up defending those who had abused.

The PL praised the authorities for having acted to ensure that everybody's rights were respected and the laws were observed.