The Minister at the Office of the Prime Minister, Carmelo Abela, was among a select number of HSBC staff who had access to security equipment used to generate key cards suspected to have been used during a daring 2010 bank heist.

A transcript reviewed by Times of Malta shows Abela was called to testify in 2011 about his access to this equipment, known as a Cotag machine.

During the testimony, which took place behind closed doors upon the MP’s request, Abela confirmed he used the machine when his colleagues were on leave or sick leave.

Self-confessed murderer Vince Muscat detailed how robbers were given colour-coded access cards by an unnamed accomplice that would take them through multiple layers of security all the way to the bank’s control room.

At the time, Abela was a senior insurance and statistics officer within HSBC’s security department.

He had told the court he was not involved in the ensuing internal HSBC investigation following the bungled heist, which ended in a violent shootout with police.

The minister has vehemently denied playing any role in the heist.

Questioned by Times of Malta about his access to the Cotag machine, Abela claimed not to remember having ever testified about the heist.

Abela pointed out he had instituted libel proceedings against Azzopardi about the botched heist involvement accusation.

“I have absolutely nothing to do with the criminals being mentioned. I have never spoken to them. I have never met them. That’s all I can say in this regard”.

Muscat told investigators last year that one of the accomplices in the heist had even given the robbers mobile phone footage of the route they should take to the bank’s control room. 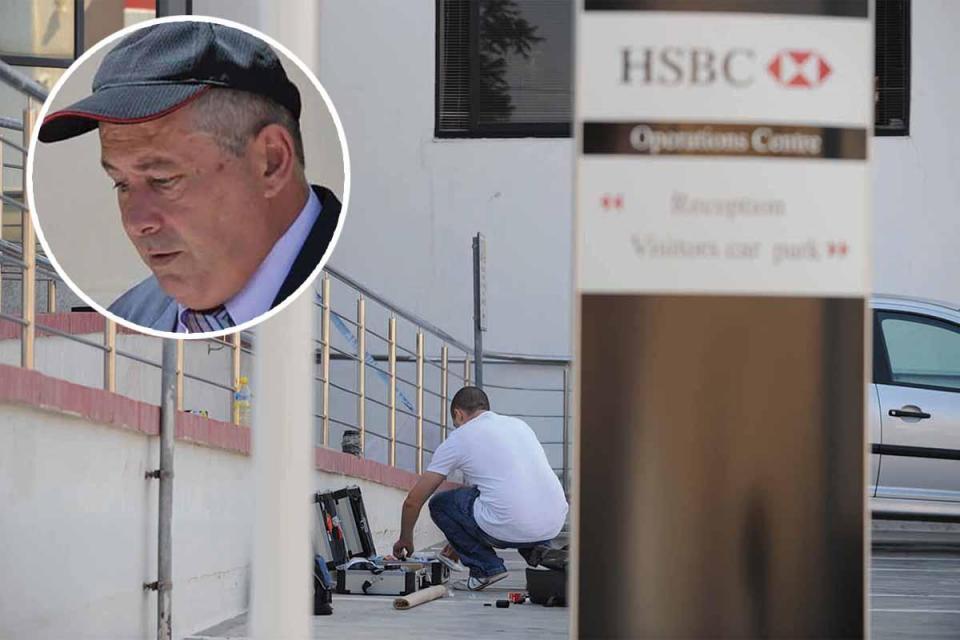 Investigators at the site of HSBC in 2010. Photo: Matthew Mirabelli. Inset: Vince Muscat

Muscat, who is facing a trial over his role in the failed heist, had a bid for a presidential pardon in connection with the crime turned down.

Alfred Degiorgio, one of the co-accused in Daphne Caruana Galizia’s murder said in March that he, too, could offer information about an armed robbery, which is understood to be a reference to the HSBC heist.

Degiorgio said his testimony would implicate both a sitting minister and a former politician. However, his bid was also rejected, following a cabinet discussion during which Abela recused himself.

Former Labour deputy leader Chris Cardona has been linked to the robbery, a claim he denies.