Education Minister Owen Bonnici has no apologies for breaching activists’ human rights over the daily order to clear the impromptu memorial to slain journalist Daphne Caruana Galizia opposite the law courts.

A Constitutional court ruled on Thursday that protestors’ rights had been breached repeatedly due to the minister’s order to clear the memorial.

Dr Bonnici said the clearing of the memorial was not done out of pique, but rather to safeguard the monument.

The former justice minister said the decision was a collegial one that was discussed as a government.

Prime Minister Robert Abela said on Thursday that he was never consulted about the matter during his time as adviser to former Prime Minister Joseph Muscat.

Dr Abela said he had now reversed the order and would not be taking any action against Dr Bonnici over the human rights breach.

Dr Bonnici insisted on Friday that the monument used to be cleared to ensure it was properly maintained and also as a means to de-escalate tensions.  People had even been injured and hospitalised due to these incidents in front of the monument, he continued.

Questioned if he was the one escalating those very tensions by ordering that the monument be cleared, Dr Bonnici countered that he was the minister who sat down with the Caruana Galizia family to ensure agreement was reached on how to conduct a public inquiry into her death. 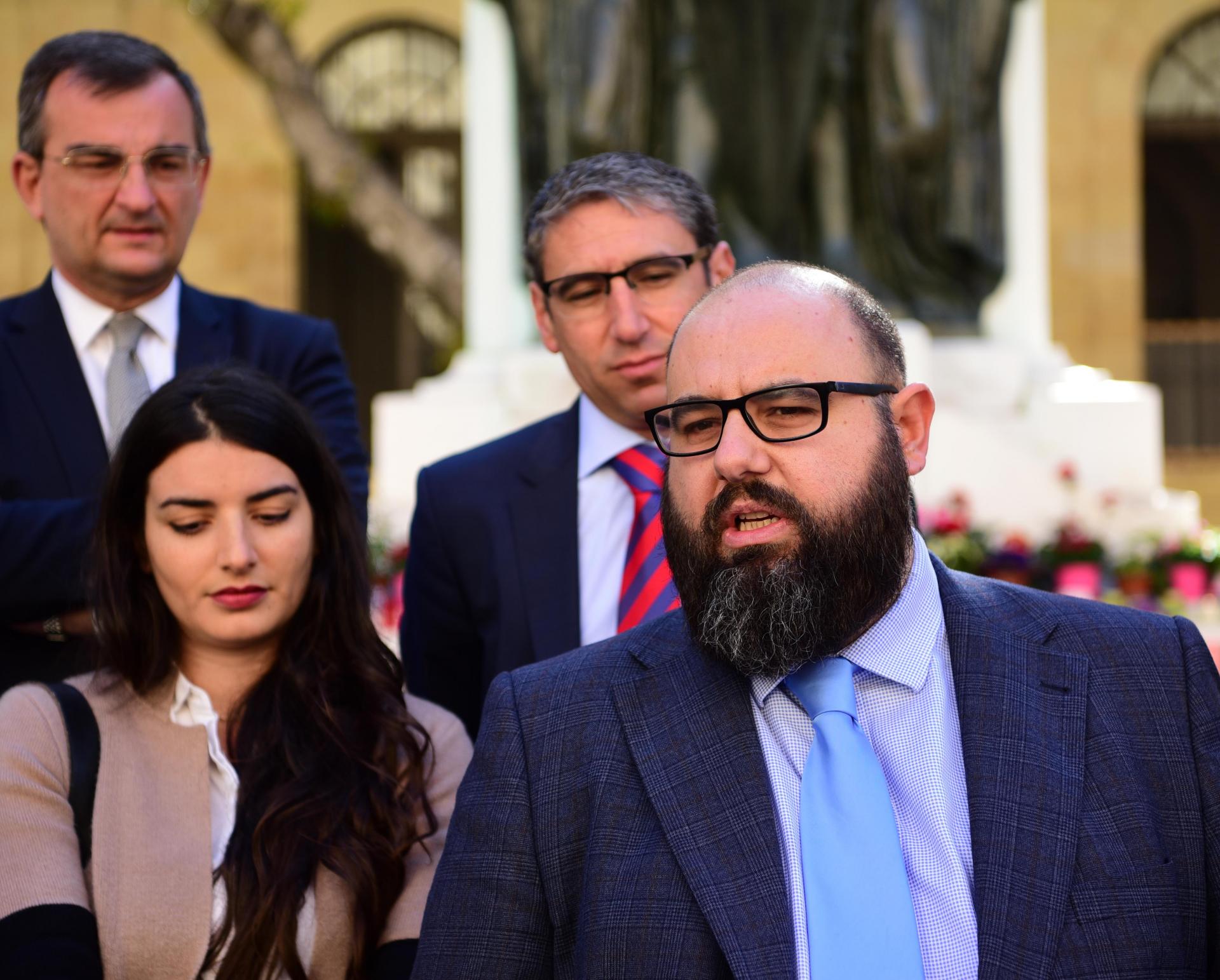 Civil society activist Manuel Delia, who won the case against Dr Bonnici, said the education minister had shown "complete contempt" for the law, human rights and the judgment handed down by the courts.

"The matter here is not about the government following the law now that a court has declared that Owen Bonnici was breaking it.

"The matter here is that Owen Bonnici should never have breached our fundamental human rights knowing full well what the law on free expression says and being repeatedly advised by MEPs, the Council of Europe, journalists, free speech organisations and us protesters that he was breaking the law.

"He, with the cabinet’s blessing, kept suppressing our human rights anyway."

He repeated his call for Dr Bonnici to resign or for Dr Abela to sack him.

"Robert Abela is retaining in his cabinet a minister who has been humiliated by a court of constitutional jurisdiction, for his behaviour chastised for being 'surreal', 'divisive', 'borne of pique' and 'absurd' and most fundamentally in breach of the fundamental right to free expression."