Mental health campaigners have slammed onlookers who urged a man to jump from the edge of a Valletta bastion as police desperately tried to de-escalate the situation.

The man climbed on the bastion at Hastings gardens on Friday morning where he appeared agitated and shouted back at police officers and other people who were attempting to calm him down.

After more than two hours, police negotiators were able to persuade him to move to safety and he was taken to hospital.

However some people walking in to Valletta showed far less sympathy for the man, jeering and egging him on over the edge.

"Hurry up and do it so we can get back to work," screamed one woman to him.

“Go home and stop wasting everybody’s time,” said another person, while another said, "it will be embarrassing if you don’t jump now”.

Some of the shocking comments urging the man to jump before he was rescued. Video: Jessica Arena/Karl Andrew Micallef

“Just get it over with” several people interjected.

One man appeared to be video calling a friend so he could “watch the show” while another man walking with a friend said “come and see this, we have a Spider-Man here”.

The man appeared to hear the people jeering and shouted back and could be seen gesturing towards the crowd that had formed on the City Gate bridge.

Police officers appeared to disperse the crowd and told people that there was nothing to see.

“Keep walking please, these are not pleasant things, you have no reason to be here.” 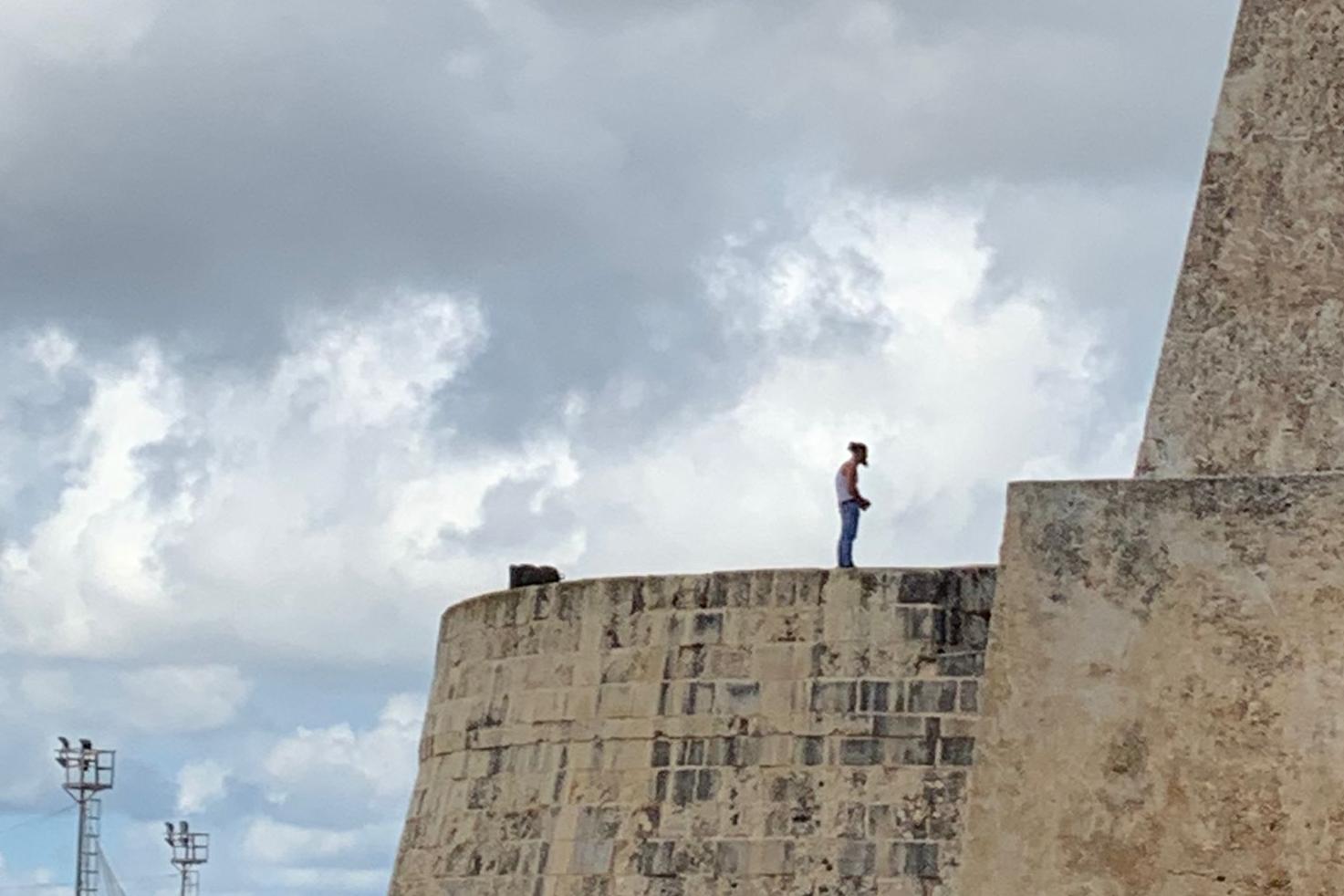 The man walked to safety after more than two hours. Photo: Jessica Arena

Others took issue with the crowd’s behaviour and attempted to put a stop to it.

A teen boy who was walking into Valletta with friends stopped to address the gathered group and said “why are you watching this, what will you get out of watching someone die?"

Another woman angrily told people they shouldn’t be "standing around gawking".

She said: "If you really cared you would be encouraging him to get to safety, not doing this.”

"First of all, under no circumstance, should someone urge anybody to jump," she said.

"Instead, the individual present should immediately call the police and an ambulance.

"If possible, the bystander should stop and speak with a calm tone. They should also try to encourage a conversation, making sure to keep calm throughout," she said.

Had the man not been rescued, the onlookers could have been questioned over a serious criminal offence.

According to the Criminal Code, anyone who "shall prevail on any person to commit suicide or shall give him any assistance, shall, if the suicide takes place, be liable, on conviction, to imprisonment for a term not exceeding twelve years".

If you need emotional support, you can call Richmond Malta’s helpline on 1770. Alternatively, type OLLI.Chat on your desktop, mobile or tablet browser to chat with a professional 24/7.