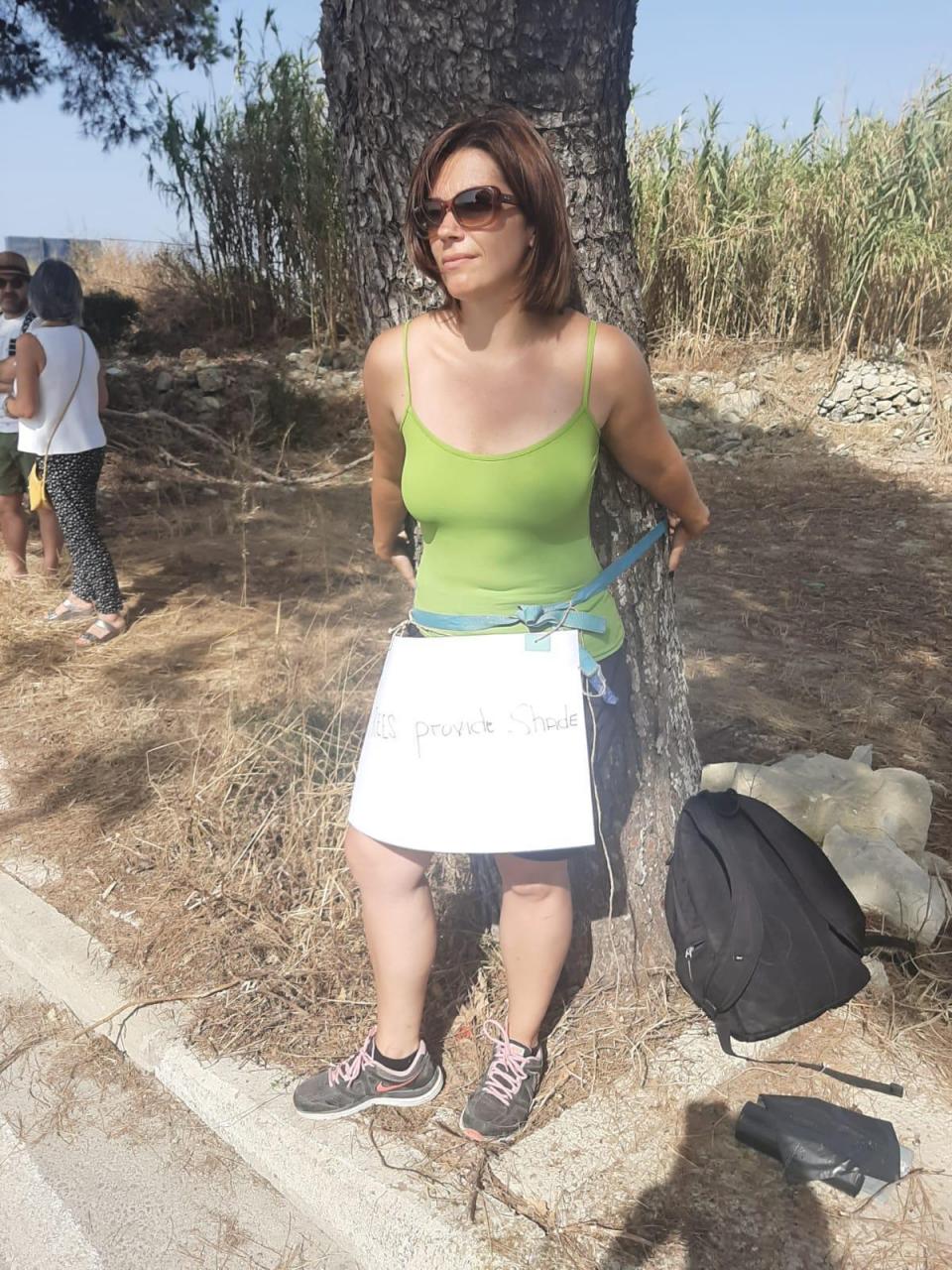 Over 1,000 people gathered in Attard on Sunday to protest the controversial Central Link project, which will involve the uprooting of 549 trees and the transplanting of around 250 others.

Half of the trees to be pulled out are protected species and it is not certain how many of those moved will survive.

The protesters were initially scattered up and down the road between Rabat and Attard, calling for better protection of our natural heritage and chanting "save our trees".

They later gathered in the middle of the road, blocking it as they clapped and chanted "viva s-siġar - hey, hey", meaning "long live our trees".

In a symbolic gesture, people of all ages tied themselves to trees and held up colourful placards denouncing the environmental destruction the project will entail.

“Widening roads to reduce congestion is like loosening your belt to tackle obesity,” read one placard.

Standing along a wall, organisers said that the reason for such a good turnout was that the event was not a political one.

They asked protesters not to bring political placards to the next protest.

"Because there will be another one!" lead organiser Sasha Vella exclaimed.

"We have a voice," she yelled to the crowd, "and we are using it to stand up for our environment".

In a statement sent to the press, Ms Vella said the event had sent out a clear message, though they also highlighted "pitiful attempts by partisan forces" to undermine their work.

The Central Link project set to widen the road from Mdina to Mrieħel will consume approximately 49,000 square metres, some of which is currently used as farmland. 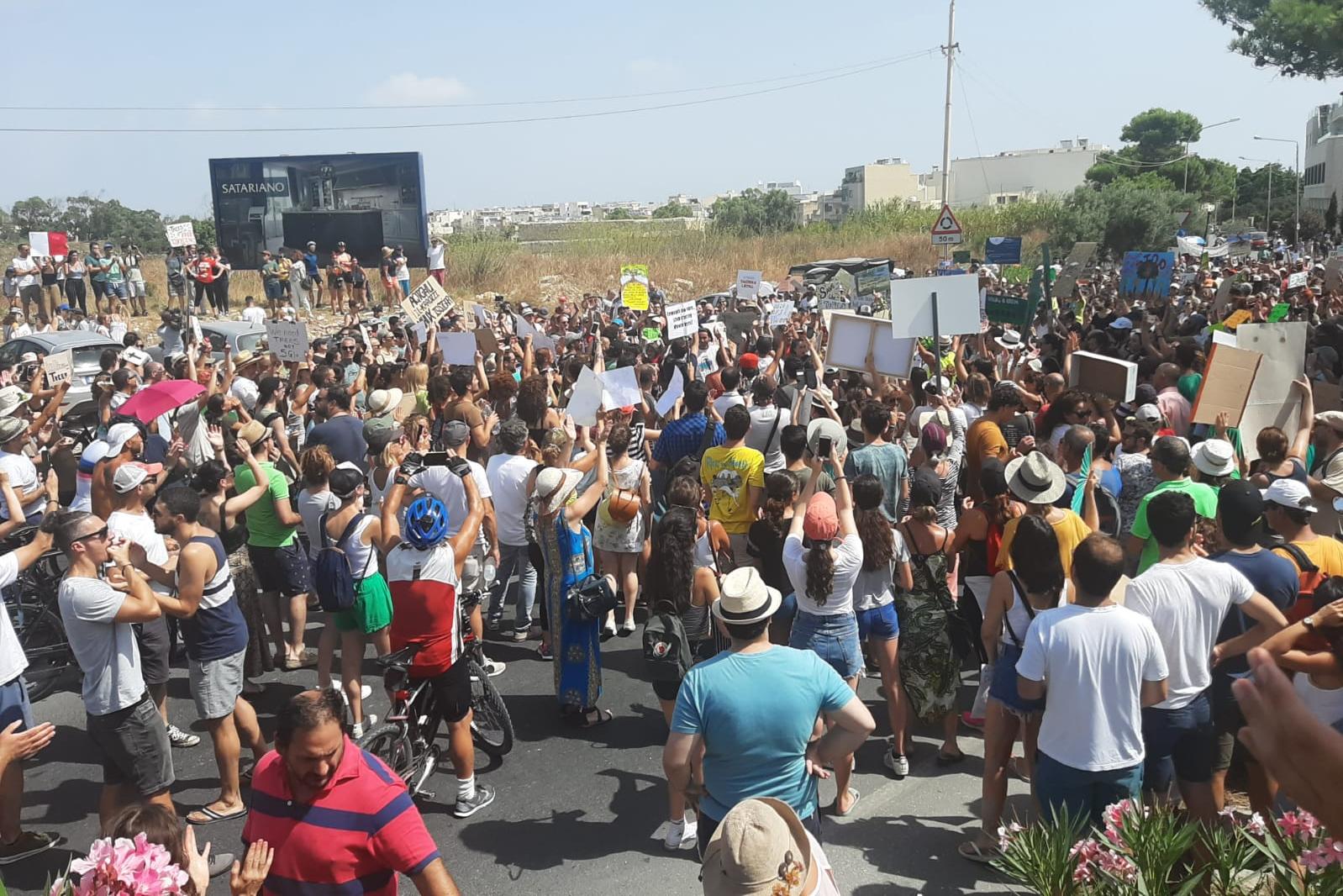 The project aimed at relieving traffic in the area was given the go-ahead two weeks ago by the Planning Authority, despite numerous objections by farmers, locals and environmentalists.

It also caused uproar on social media, with people deeply frustrated at how an island scarce on green areas is so ready to rip out mature trees.

For Our Trees, the Facebook group responsible for organising the protest, grew out of this dissent and its members swelled to 10,000 within a week.

Defending the project, Infrastructure Malta is claiming that the project will lead to cleaner air, 50% less travel times and 285 more trees than there are now. Many of those claims have been debunked, and the ads themselves have been the focus of negative commentary on Facebook.

On Saturday morning, the Infrastructure Ministry issued its own statement touting the project's benefits.  It acknowledged criticism but argued that the project was "in the national interest" and would lead to quality of life improvements for residents.

The widening of key thoroughfares in Malta to mitigate traffic congestion have provoked concern as mature trees are removed to make way for more cars, in an already car dense country.

Projects this year in Santa Luċija and Rabat uprooted 100 protected trees and saw the transplanting of a further 55.

The ERA ordered the authorities to replant 875 new trees and fork out €343,000 in compensation. However, critics argue planting saplings, that take decades to reach maturity is poor compensation for ripping out mature trees.

This summer has been a particularly bad one for trees. A fire in Miżieb is estimated to have destroyed 4,600 trees in June.

And more recently, several mature trees in Marsamxett got the chop due to embellishment works, leaving the area looking barren and lacking shade. 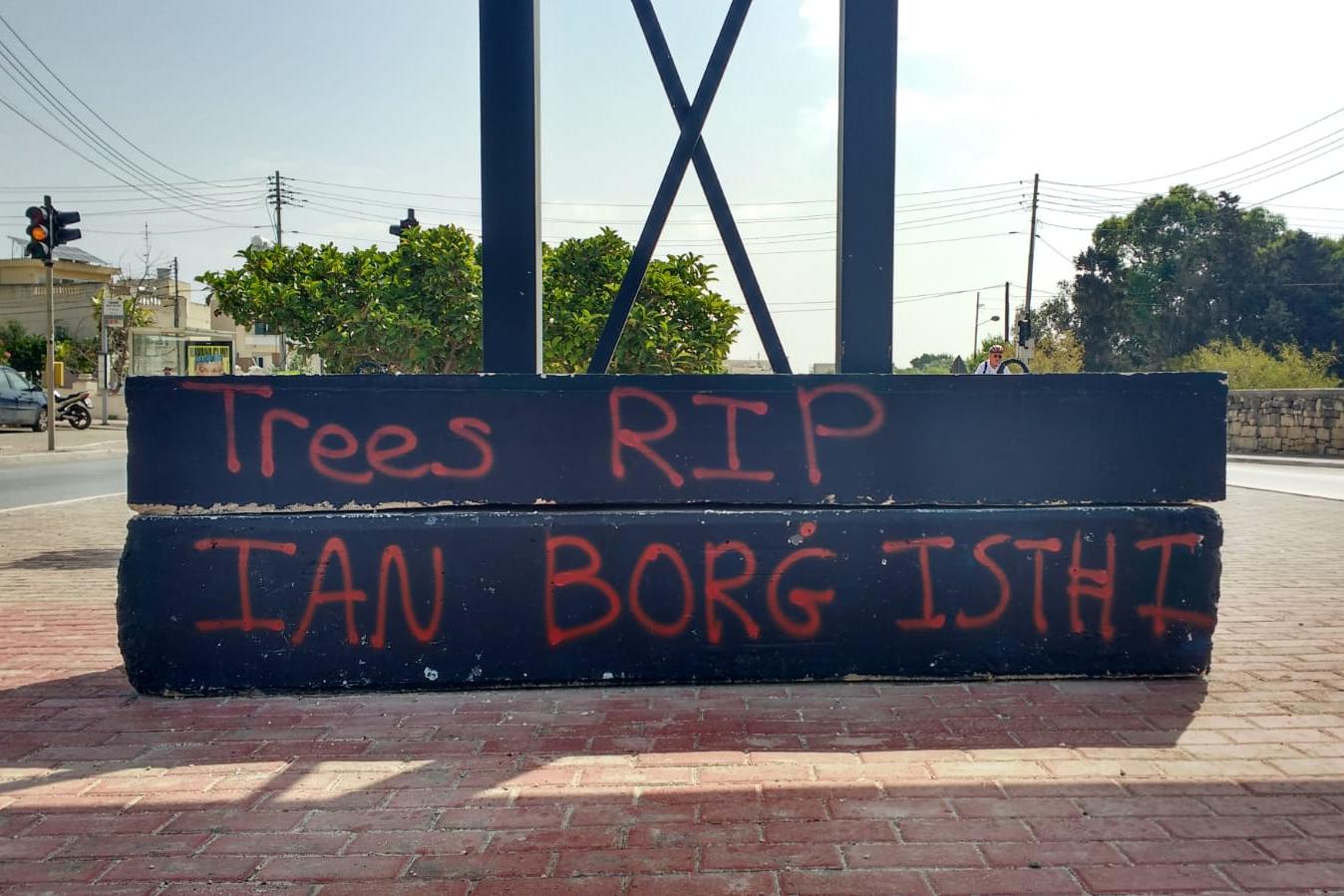 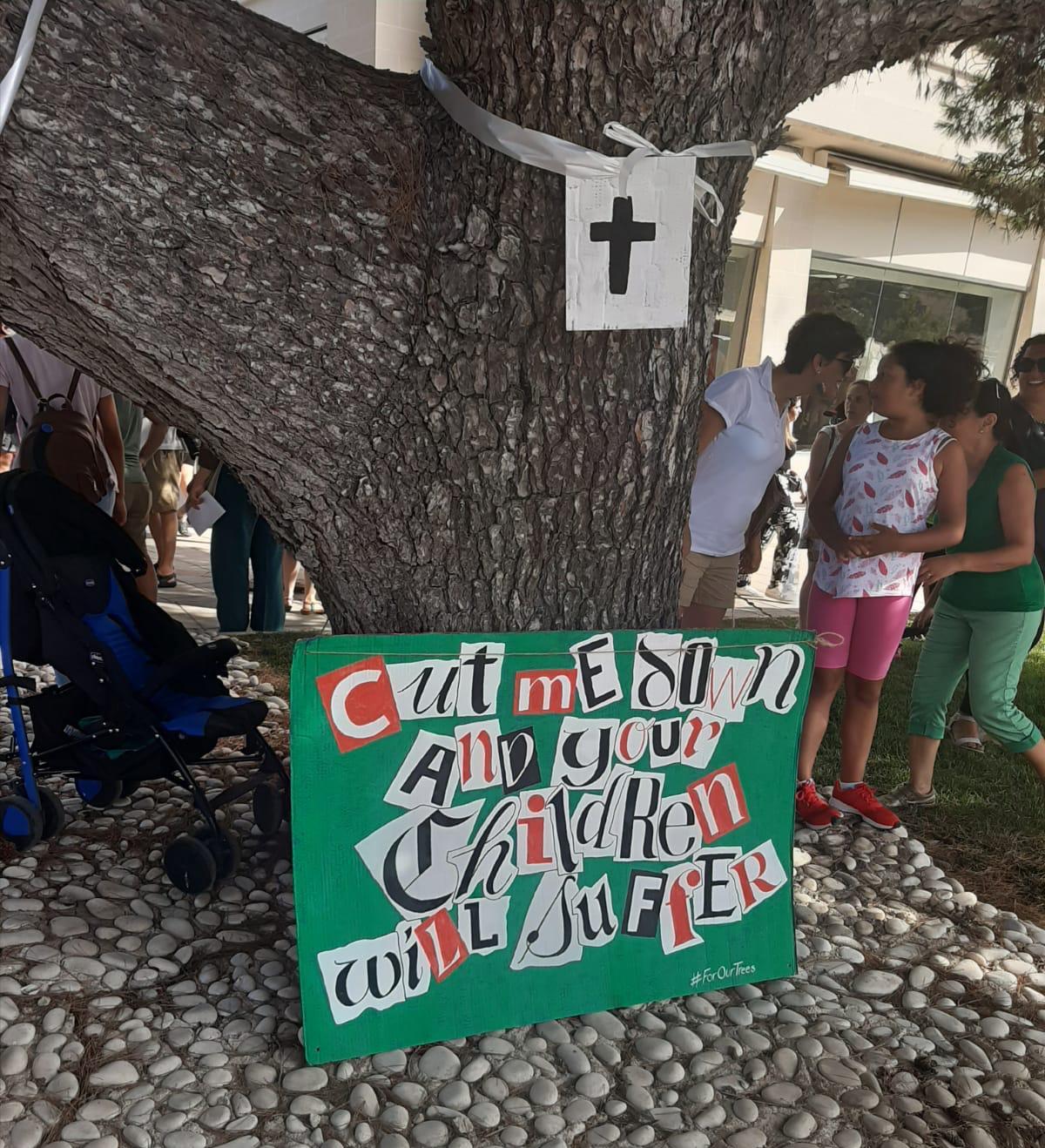 In a statement issued following the protest, the Transport Ministry said it was not true that the project would be destroying the trees in the area. It said that none of the trees along Saqqajja Hill were to be uprooted and 285 new trees were to be planted.

The project would also include 51,000 cubic metres of pedestrian zones and open spaces to be enjoyed by the public. There would also be the necessary infrastructure for alternative means of transport with 11,000 square metres of cycling lands.

Above all, it would reduce by half the waiting time for thousands of cars using the route daily, reducing air pollution and emissions by 66%, it said.