Questions have long been raised about whether the call for expressions of interest to build a new power station was tailored for the Electrogas consortium in a pre-2013 election deal.

Both the local businessmen behind the consortium and the government reject any such suggestions. 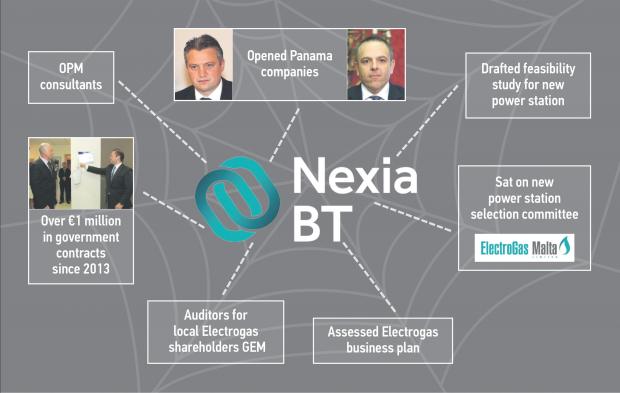 The government last year refused to disclose to Parliament the names of those who sat on the selection committee, citing confidentiality.

A freedom of information request by the Times of Malta on behalf of the Daphne Project, however, has revealed that Nexia BT managing partner Brian Tonna sat on the Enemalta selection committee handling the new project, along with three other staff members from the same financial services firm.

Nexia BT and its subsidiaries had other roles in the new power station project, which was the Labour government’s selling point for the 2013 election.

Nexia BT is the firm that opened the secret Panama companies for the Prime Minister’s chief of staff, Keith Schembri, and Tourism Minister Konrad Mizzi.

The New Zealand trusts in which the Panama companies were sheltered had not been registered with the Maltese tax authorities.

Mr Tonna describes himself in leaked documents found in the Panama Papers as a “close friend and client” of Mr Schembri. 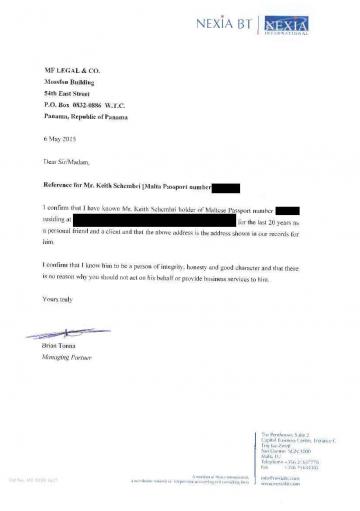 Mr Tonna wrote that he and Mr Schembri went back 20 years.

Several people known to be close to Dr Mizzi also sat on the selection committee, including Godwin Sant, a former appointee of the minister who is facing money laundering charges on allegations that he accepted gifts from oil trader George Farrugia.

He denies the charges.

David Galea, another close associate of Dr Mizzi, also sat on the committee. Mr Galea’s company, BEAT Consultancy, received €262,700 in direct orders from ARMS Limited, an entity that used to fall under the minister’s political control.

A spokesman for Enemalta said all the consultants forming part of the evaluation teams were appointed on the basis of their expertise, qualifications and relevant experience, as necessary for each stage of the process.

Questioned about the presence of his financial advisers on the selection committee, Dr Mizzi said no discussions had yet been held with Nexia BT to set up his Panama company at the time.

Nexia BT had started the process of setting up the Panama companies through Mossack Fonseca shortly after the March 2013 election.

Mr Schembri and Dr Mizzi insist they took over ownership of the Panama companies in 2015.

Nexia BT listed one of the ‘target clients’ for these two companies being 17 Black.

According to a leaked FIAU report, 17 Black received payments of $1.6 million (€1.3 million) in 2015, including a €200,000 payment from the local agent for the tanker providing gas to the new power plant.

Apart from their role on the selection committee, Nexia BT drew up a feasibility study for the project, which was submitted to the European Commission in 2015.

Nexia BT had also been tasked with assessing Electrogas’s business plan on behalf of the energy and water services regulator.

It audits GEM’s 33 per cent stake in Electrogas. GEM is a company owned by local businessmen from the Tumas and Gasan groups.

A series of requests under the Freedom of Information Act sent to various government entities indicates that Nexia BT and its subsidiaries were given over €1 million in contracts since 2013.

Among these contracts, in 2015, Nexia BT got two direct orders by the Prime Minister’s office worth €169,000 for the provision of specialised advisory services for the “preparation and development of all aspects of projects of national importance”.

Another €80,000 direct order was allocated last year for the same type of service.

Asked if he saw the multiple roles Nexia BT played in the power station project as a conflict of interest, Mr Tonna said he could not discuss client-specific matters.

He said in general terms, whenever a conflict of interest issue arose, this had to be dealt with in accordance with the code of ethics for accountants issued by the Accountancy Board.

"Nexia BT has always complied with the code," he said.