Russian Maria Sharapova, who was back on the grand-slam stage after returning from a doping ban, was knocked out of the US Open in the fourth round when she lost 5-7 6-4 6-2 to Latvian 16th seed Anastasija Sevastova on Sunday.

Former world number one Sharapova, who had been granted a wild-card entry into the main draw, toiled through the first set before losing control of the match and hit a total of 51 unforced errors. 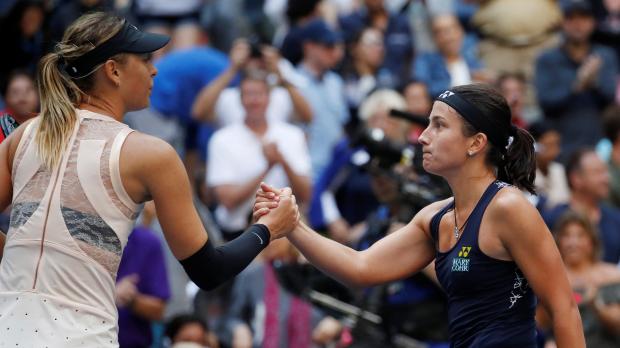 Anastasija Sevastova of Latvia shakes hands after winning her match against Maria Sharapova of Russia.