Acrobats, clowns, dancers, and performers will defy gravity on Thursday evening at the Mediterranean Conference Centre in Valletta as they debut Amora, a production by the circus troupe Cirque du Soleil.

For the third year, Cirque du Soleil has created an exclusive production for Malta, which will run from November 24 to December 18.

Marie Helene Delage, the creative brains behind Cirque du Soleil, was inspired by the architecture she saw and the people she met while roaming through Valletta streets earlier this year.

“The spark was ignited by the lively streets of Malta and by how present the community is in the street... I saw people talking to each other from their windows,” Delage told Times of Malta.

“We thought: what if the streets of Valletta could become the theatre of Amora?"

The production's story centres around the lovable but clumsy, Bruno. A newbie to Valletta, he sets his eyes on Loulou. He is captivated by her, and the audience goes on a journey full of heart-racing acrobatics and curious characters, who help Bruno defy gravity and connect with the woman he loves.

"I hope viewers will feel happy and festive," Delage said.

"We have passed through a difficult two years, and it's not all over, but we want the audience to have a good night and feel immersed in the story of Bruno."

Last year, Cirque du Soleil performed FIERI in Malta in the middle of the COVID-19 pandemic. At the time, the crew and cast had to wear face masks throughout the rehearsals and followed strict COVID-19 protocols. 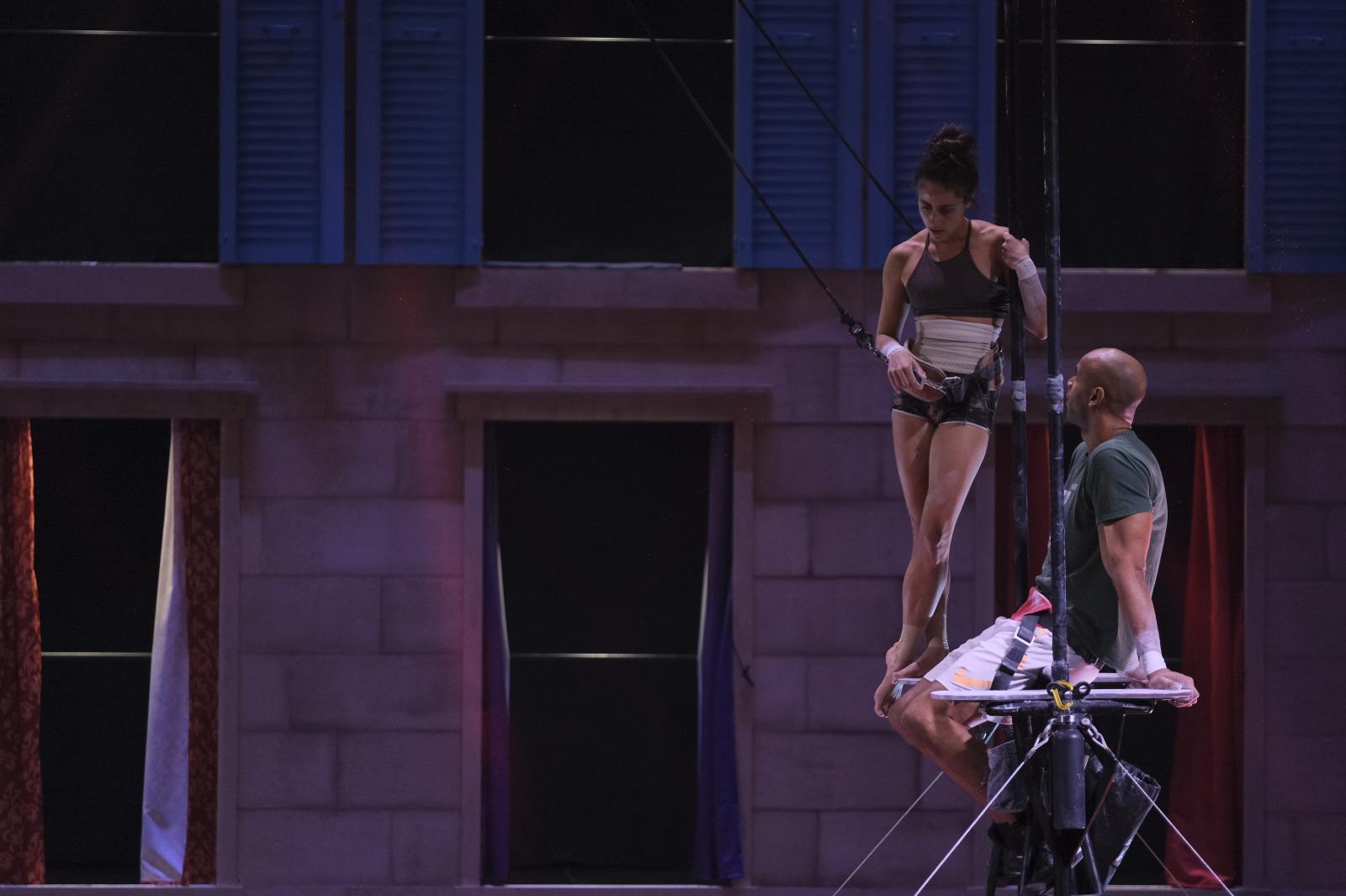 A love letter to Malta

Mick Holsbeke, a world-renowned clown who plays Bruno, said the production was a "love letter" to Malta.

"There is something magical in Malta," he said after admitting he had to look up where the tiny island is on the map. Holsbeke lives in Seattle.

"There is something in the air here, something very special, people are so helpful and happy, it has been really great."

When asked about the rehearsals for the large production, he said the crew have put in a "lot" of time in the show. 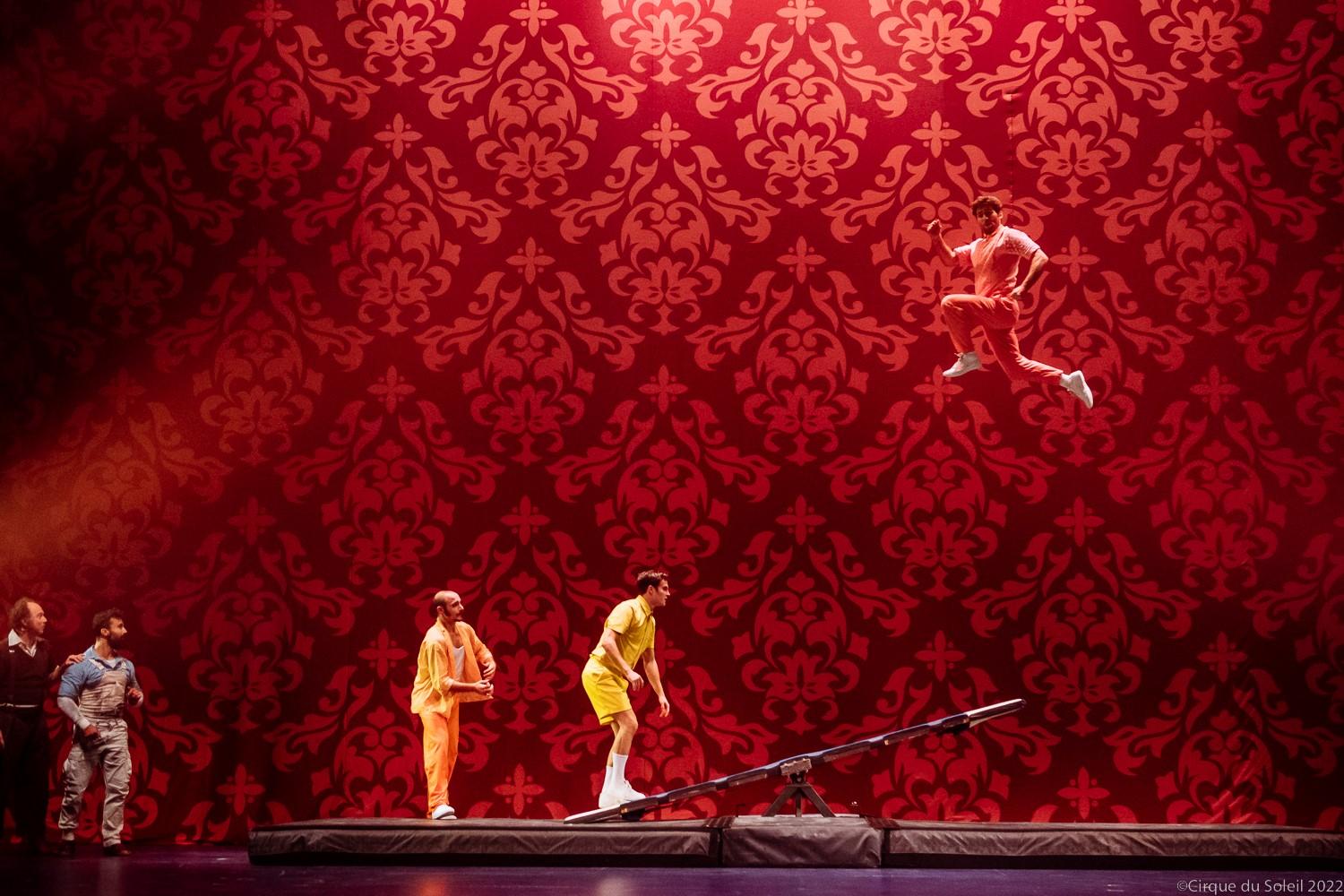 The three cousins, the masters of the teeterboard were influenced by the 'cheeky' side of Malta. Photo: Marie-Andrée Lemire

Acrobats Charlie Wheeller, Ugo Dario and Maxim Laurin, who play the Three Cousins in Amora describe themselves as the "cheeky chaps" who take Bruno under their wing.

They are also masters of the teeterboard, an acrobatic apparatus that resembles a seesaw with a performer at each end being catapulted into the air.

It is the first time all three are working together, Maxim being from Montreal, Ugo from France and Charlie from the UK, but they describe the experience as a "great mix" of ideas.

After two weeks of rehearsals in Montreal, they arrived in Malta two weeks ago and rehearsals have not stopped since then.

This is the first time they are in Malta, and all three said they instantly felt the "laid back" atmosphere of the island.

"The sun... the sea... there is something that brings a lot of joy, and our characters are all about goofing around and taking it easy," Maxim added.

"We are really excited for the audience, we feel the audience will get a lot of joy and happiness from the show," Charlie said.

Tickets for the 75-minute performance of Amora by Cirque du Soleil, are available at https://www.visitmalta.com/