A Swedish Euro MP has joined the movement in support of Iranian women by cutting off her hair in parliament and calling for EU action against Tehran.

"We, the people and citizens in the EU, demand the unconditional and immediate halt of all violence against women and men in Iran," said Abir al-Sahlani of the centrist Renew group late Tuesday.

"Until Iran is free our fury will be bigger than the oppressors. Until you, the women of Iran are free, we are going to stand with you," said the deputy before taking out a pair of scissors and hacking her hair.

"Women, Life, Freedom!" she shouted, holding up a lump of hair, in a video posted on the parliament's website.

In Iran, women removing their headscarves and cutting their hair has been a key image of the protests in Iran that broke out last month.

They were sparked by the death of 22-year-old Mahsa Amini, following her arrest by Iran's "morality police" who enforce a strict dress code requiring women to cover their hair in public. 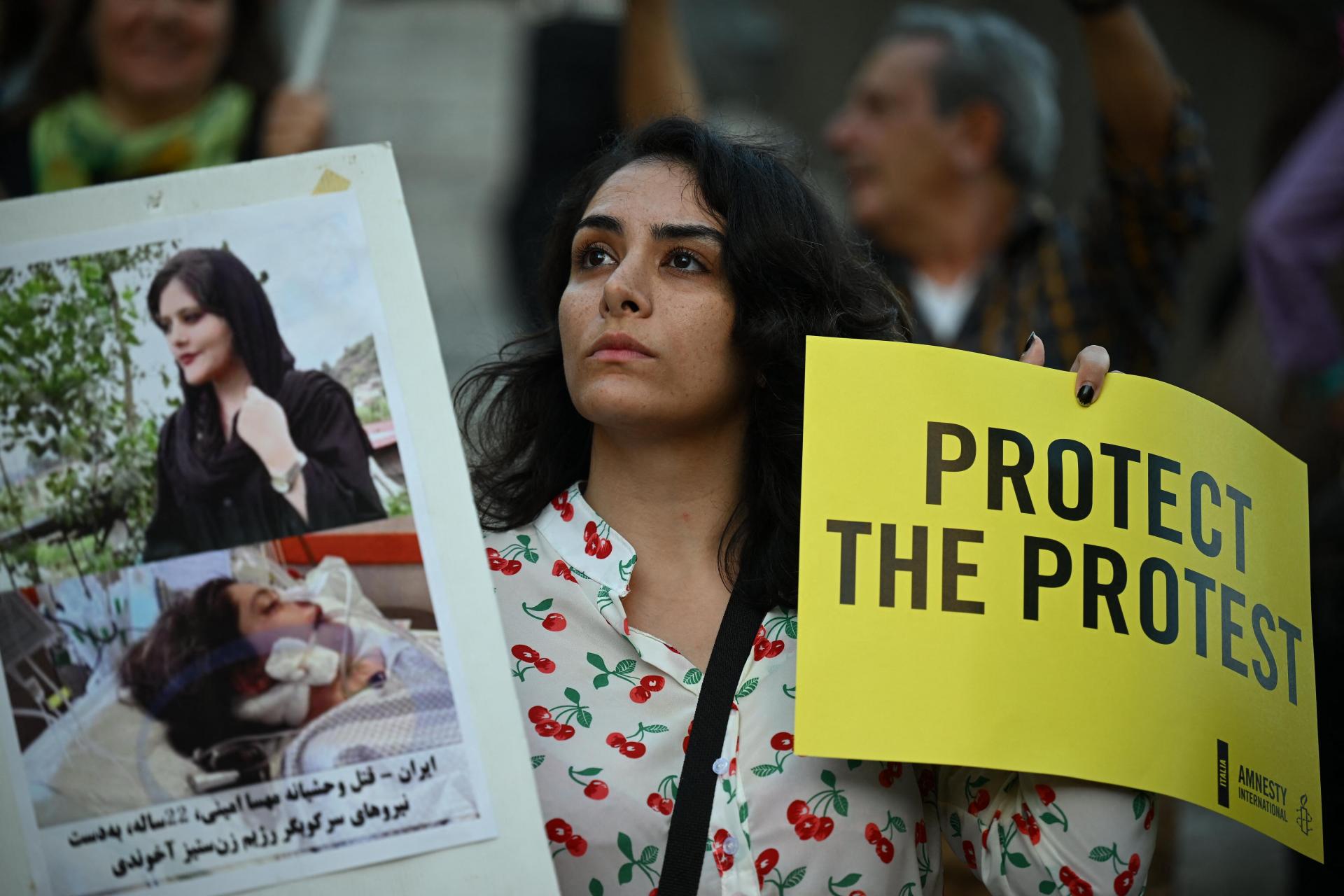 In Strasbourg, the Swedish MP went on to accuse EU diplomatic chief Josep Borrell of failing to "take a stand for the women in Iran" at the recent UN General Assembly.

"It's time to speak out. It's time to act. The hands of the regime of the mullahs in Iran are stained with blood," she said.

Borrell said the EU is preparing "restrictive measures" to sanction Iran over the crackdown that has led to dozens of deaths and hundreds of arrests.