Three aircraft that met their demise long ago in the line of duty have found a new lease of life as historic underwater heritage destinations.

Registered divers can now brave depths of over 100 metres to explore the wreckage of Malta's military past.

The sites, a B24 Liberator, a Douglas A-1 Skyraider and a JU88, were added to the lineup of 15 subaquatic heritage sites that are administered by Heritage Malta's Underwater Cultural Heritage Unit.

The addition of the new sites to the cultural roster comes after countless months of research and surveillance, unit head Timmy Gambin told Times of Malta.

"Before a decision is taken to open a site to the public, there is a lot of background study that lead up to the discovery, as well as a surveillance exercise, which includes 3D-modelling, to understand the discovery's condition," Gambin says.

"We then also consider various factors like threats - can things be looted off the wreck? How does it add value to product Malta? - and we compile a lot of documentation to take the decision." 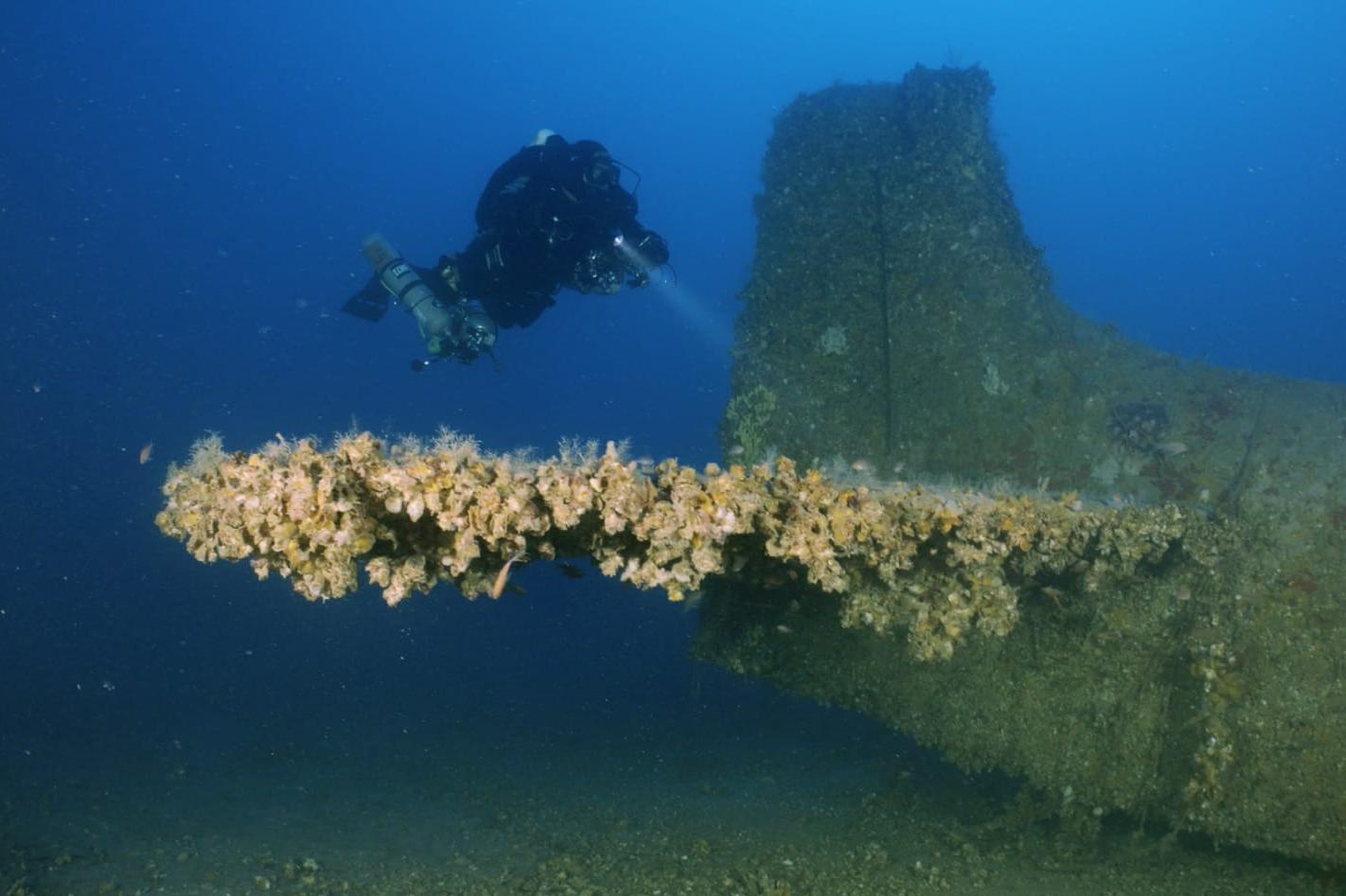 The Douglas A-1 Skyraider was tasked with mail duties during the war but crashed when it experienced engine failure in December, 1947. Photo: Heritage Malta

Transport Malta also issues a notice to mariners that regulates clearly what sort of marine activity is acceptable at the site.

The aircraft lying in wait below the waves all have their place in Malta's military history, particularly during World War II.

The B-24 was one of the most frequently manufactured heavy bombers, responsible for much of the extensive bombing of western Europe.

In May 1943, Reggio Calabria experienced several air raids and bombing around the port area.

One aircraft developed engine trouble after dropping it's bomb load and decided to turn towards Malta for aid.

After several failed attempts at landing in Luqa, the 10-member crew were forced to ditch the plane in the sea.

It now lies 1.5km south-west of Marsaxlokk at 55 metres.

The Douglas A-1 Skyraider, which lies off the southern Birżebbuġa coast, was one of four aircraft tasked with mail duties.

Piloted by Lt. Robert Reeb, the Skyraider experienced total engine failure minutes after taking off from Ħal Far in December of 1947.

Lt. Reed managed to leave the cockpit and utilised the emergency dinghy. He was later rescued by Sikorsky HO3S Dragonfly helicopter, which also happens to be the first documented helicopter rescue in the Mediterranean.

The Ju88 wreck is the deepest wreck at 110 metres just off the northwest coast of Marsaskala. 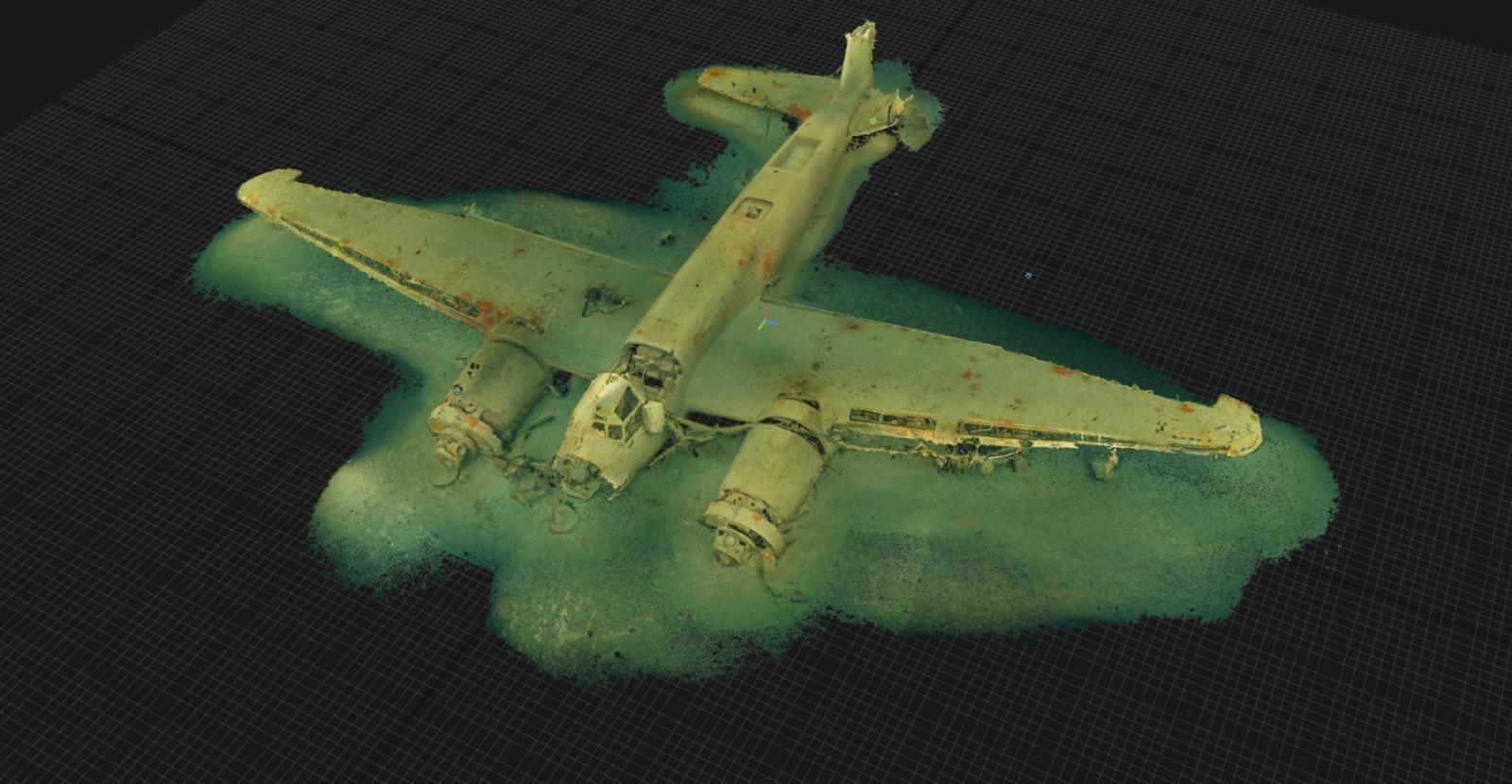 A 3D mdel of the JU88, which lies off the coast of Marsascala and is now one of 15 subaquatic heritage sites. Photo: Heritage Malta

A German plane commonly utilised by the Luftwaffe, the aircraft shows signs of damage to its tail, indicating attempts to shoot it down.

At a press conference announcing the opening of the site on Wednesday, Culture Minister José Herrera said that Malta's island status had always made the sea an important component of its cultural heritage and it was crucial to continue researching and increasing its maritime sites.

The minister said that, along with the Underwater Cultural Heritage Unit, a convention for maritime protection was in the works and due to be finalised imminently. 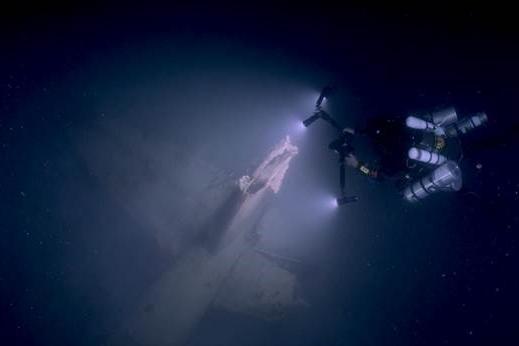 The tale of the wreck of the JU88 plane shows signs of damage, indicating the Luftwaffe plane was shot during the war. Photo: Heritage Malta

He also noted that the heritage regulator would be working to get UNESCO recognition for all Maltese underwater heritage sites.

He said Heritage Malta would sponsor a dive on one of the new sites for members of local dive clubs to support the diving community.”

The Underwater Cultural Heritage Unit also launched a photography competition that is open to divers keen to snap unique pictures of historic sites and the interaction between natural and cultural heritage underwater.