The wife of a man who was killed in a road accident has formally asked the Attorney General to reopen the case after the court acquitted the accused following a series of police mistakes. Moira Vassallo’s husband, Mark, was killed on his motorcycle as he was driving in Pietà on the way to Valletta on August 22, 2018.

The inquiry found that as traffic was moving slowly on the inner lane, a young man driving a car behind Vassallo, negligently hit him, thrusting him on to the vehicle in front of them.

Vassallo crashed to the ground and died five days later in hospital, after succumbing to several internal injuries. He was 53 years old.

On the advice of the inquiring magistrate, police took the young man to court and charged him with involuntarily causing Vassallo’s death through negligent driving, but the court acquitted him last week because the police charge sheet had four mistakes.

Moira Vassallo tells Mark Laurence Zammit that she only wants the truth about her husband's death. Video: Karl Andrew Micallef 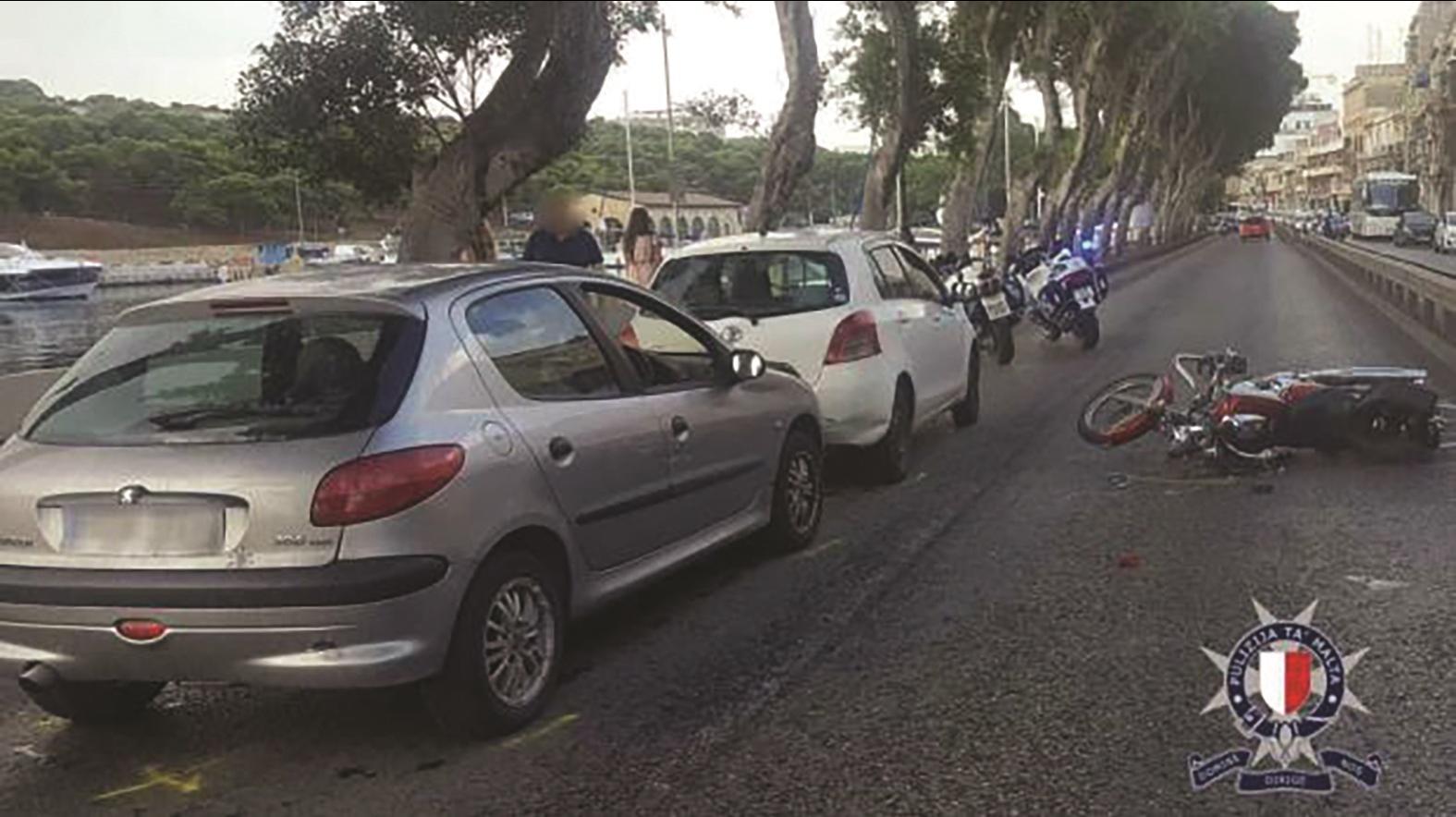 The accident happened on August 22, 2018, when Mark Vassallo was on the way to work in Valletta. He died five days later in hospital, after succumbing to internal injuries. Photo: Malta Police Force

Additionally, the statement that the suspect gave to police when they arrived on the scene of the accident was deemed null and void by court, because the police failed to inform him of his legal rights.

This despite the fact that in that statement, the driver admitted to his wrongdoing, telling police he knew Vassallo was driving in front of him, got “distracted” and hit him.

Consequently, Magistrate Astrid Grima absolved the accused of all charges, arguing that the police could not prove the crime beyond reasonable doubt. She also cited several other cases that ended with the accused being acquitted because of similar errors in the police evidence.

Vassallo crashed to the ground and died five days later in hospital, after succumbing to several internal injuries. He was 53 years old

Heartbroken, Moira Vassallo is still seeking justice and has asked the AG to consider reopening the case and restart criminal proceedings with a new, error-free charge sheet. Contacted for comment, the police confirmed they are also asking the AG to consider reopening the case. “A note of appeal was submitted with the AG’s office, therefore it is not prudent to make any additional remarks,” a spokesperson for the police said when asked whether an internal investigation was opened to get to the bottom of who made the mistake.

Speaking to Times of Malta, the widow said: “I don’t want revenge. I’m not seeking to put anyone in jail because two wrongs won’t make a right. But I want justice to prevail for my husband.

“Mark fought injustices his entire life, only to have to suffer the greatest injustice and be left in its shadows. All I want is an explanation, and if possible, an apology from the police.” Vassallo, an actress, known mostly for her roles in television series like Ipokriti, and F’Baħar Wieħed, became aware of the court sentence by coincidence, while browsing through social media last week.

“I was sipping tea in my backyard before going to sleep and I was shocked. I couldn’t even read the article till the end,” she said.

“So that’s it? Is that how valuable a human life is? My husband left home for work and never returned. I am truly annoyed and tremendously disappointed to learn that the story will end like this, over technicalities.”

Vassallo does not blame the magistrate, saying she had no option but to decide on the evidence brought before her.

“I just hope to God that the police mistakes were genuine,” she said.

Mark and Moira met when she was 15, and he built their house brick by brick. To this day, everything in their home reminds her of him.

“I miss the little things the most. The experiences we shared together. It’s hard to remember that he won’t see our son graduate from university. I miss that we can’t share moments together anymore.”