No one likes being the bearer of bad tidings, but it is particularly tough on Jesper Svensson, who was only confirmed as the new CEO of Betsson’s operational subsidiaries last month. This was his first major official move: announcing on Monday that 160 jobs would be cut across the organisation, 130 of them from the local headquarters.

“Today is a tough day. But all in all we are doing this to make Betsson stronger for the future. We don’t think that we are delivering [to our shareholders] as well as we could and this is part of the way in which we will improve performance,” he said.

In reality, the news is much more significant than trying to save the stated €5-6 million in costs. It is all about why Ulrik Bengtsson had stepped down after five years, and about where the group strategy is now heading.

The group set up in Malta in 2004 and is now one of the largest online gaming companies on the island with over 1,000 employees. It has long been seen as a bellwether for the industry, a sector which is considerably more volatile than manufacturing.

It is no coincidence that Betsson was one of the first workplaces visited by Prime Minister Joseph Muscat after the election last June, when rumours of downsizing were quashed and turned into promises of more investment.

But that was under Mr Bengtsson, while the new CEO seems to have a different mandate from the board: slow down and re-group.

He explained that he had spent the past few weeks reviewing how to make the organisation more efficient.

“Throughout the years, we have been growing very rapidly. We have had fantastic, successful growth, and bought a lot of companies. But you come to the point when you see that it is not working as well as it could,” Mr Svensson said.

“When you buy companies, you acquire platforms, assets and tools but also the people and the culture ­– which you then need to integrate into Betsson. When you buy a lot of companies, you will see overlaps of roles and duplications. We are now trying to streamline and make it very clear who is responsible for what across the whole organisation. The aim is to make Betsson a stronger company,” he said, adding that the first step before making people redundant had been to see who could be moved internally. 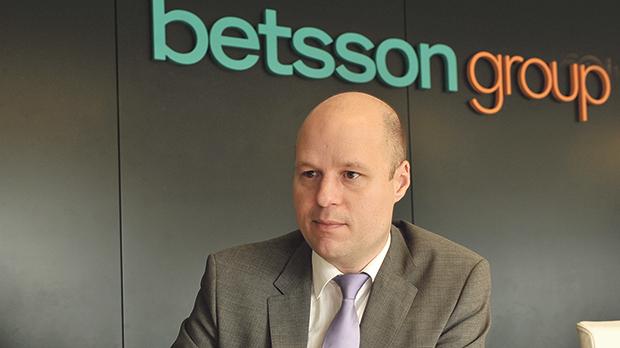 We have had fantastic, successful growth, and bought a lot of companies. But you come to the point when you see that it is not working as well as it could

He reassured the Times of Malta that the exercise had been a comprehensive one and that the group was not planning any further moves on this scale going forward.

However, he did admit that the aggressive acquisition strategy of the past few years would not be given as much importance as opposed to organic growth.

“We remain opportunistic and open to good acquisition opportunities. We are not changing direction per se but we will put more focus on organic growth, which will make us stronger,” he said.

“Of course, growth by acquisition gives you market share, which is good if it fits with the company strategy. But overall you also need to have solid organic growth. We have been buying a lot of companies recently, some of them very strategic, so now is the time to integrate and keep making those companies successful,” he said, adding that the company was not planning to shed any of its acquisitions.

Asked about other pressures – such as tax reporting across EU Member States – Mr Svensson stressed that this move was unrelated.

“Of course when you look a few years into the future, there will be important regulations coming up in some markets, like Sweden, which in itself could have some impact, given the taxes.”

The announcement came hot on the heels of international debates on the rule of law in Malta and whether it was open to money-laundering loopholes. Mr Svensson was quick to state unequivocally that the downsizing had nothing to do with the jurisdiction or the issues mentioned.

“We are committed to Malta. We are not planning to relocate or anything like that. This is a company efficiency exercise and nothing else,” he said.

On Monday, the Digital Economy Parliamentary Secretary Silvio Schembri pre-empted the questions the news would raise, and issued a statement within an hour to stress that Betsson was still committed to Malta and that those made redundant would be immediately sucked up by the sector which now employs some 9,000 people.