The day when COVID-19 is treated as a “mild disease” is nearing, virus variants permitting, but that day is not here yet, Health Minister Chris Fearne has indicated in an interview with Bertrand Borg.

Fewer than 1.5 per cent of Malta’s roughly 2,300 COVID-19 patients are currently in hospital and it appears widespread vaccination has broken the link between rising cases and the number of patients entering hospital.

But it will be a few more days yet before health authorities are confident enough to further ease public health measures, Chris Fearne said on Friday.

When that happens, life will gradually return to some form of normality with COVID-19 as an endemic but "mild" disease, provided vaccines continue to protect people. And vaccination rates of close to 90 per cent mean that Malta could do that without resorting to some of the controversial vaccine-focused measures introduced elsewhere, Fearne says.

BB: We’ve currently got nearly 2,500 active cases. Exactly a month ago, we had roughly 25. That’s nearly a 100x increase. What went wrong?

CF: It’s not a question of what went wrong here in Malta. It’s a question of the Delta variant creating this large surge of numbers all over the world.

It’s not just that. One month ago, we were dead bottom of the ECDC lists. Now we’re fifth or sixth.

Even more importantly, if people who are fully vaccinated do get the disease, a lot of them – over 90 per cent – are protected from severe symptoms or going to hospital.

That begs the question: why all the restrictions? Why can’t three people walk in public without the mask? Why can’t five households gather in private? Why keep all these rules in place if we are practically all vaccinated?

In March and even last year, as soon as cases started to rise rapidly, we had to introduce severe restrictions, even on the local population.

The only restrictions we put in now are for unvaccinated people who are coming to Malta. But we haven’t increased restrictions on the local population, as we had to do when we were unvaccinated.

We still have to wait a few days to make absolutely sure that there is a break between community cases and hospitalisations, ITU [cases] and deaths. Then, even if numbers in the community remain relatively high, we might ease measures.

One of the things that we are looking at is to see whether fully vaccinated people that come into contact with a positive case need to remain in quarantine for the whole two weeks.

So the vaccination has made a complete difference. Without vaccinations, hospitals would be full again, we would be reporting deaths in multiple figures on a daily basis. We are not, and the reason we are not is because we have such a high rate of vaccinated people.

The health authorities are looking into whether fully vaccinated people that come into contact with a positive case need to remain in quarantine. Photo: Times of Malta

How will the reduced quarantine system work?

We’re still in the process of ironing out details. A pilot study we ran using frontliners at Mater Dei Hospital allowed people out of self-isolation after five days following a negative test, with subsequent retesting.

We might keep that system or modify it slightly.

A year and a half ago, in March of 2020, you told us that we’d have to get used to a new normal. Is this the new normal?

No. At the moment, we are still vaccinating people.

However, we should know that by the end of the month.

What will change then?

In the community, COVID will remain a mild disease that will not impact massively on people’s lives. In that case, as long as hospitalisations remain low, then we will start to remove the rest of the restrictions too.

Will we be completely the same as we were pre-COVID? No, because behaviour has changed. But life won’t be with the restrictions that we’ve had over the last few months.

Having said that, there are two caveats. One is the new variants. If we do get a variant that our vaccines do not work against, then we will need a booster with a new type of vaccine.

The other is we don’t know as yet how long immunity from our vaccination will last. If it appears to be tailing off, we will need another booster at that point.

France and Italy have introduced rules effectively requiring vaccination to enter restaurants. Is that something that we will do in due course as well?

In fact, we might even be in a position to reduce restrictions.

By the end of these walk-in clinic campaigns, we will be close to 90 per cent of the population [vaccinated].

France and Italy are 50, 60 per cent and they’ve plateaued there. We have had a different vaccine rollout, which was a major success.

ECDC numbers show that we’ve had very high rates of vaccination in all age groups, except for the 25 to 49 one.

In that age group, there are a lot of foreigners who are working here. And they are the people who are turning up at our walk-in vaccination clinics.

So you expect figures for this age group to rise in the next weeks?

Will the COVID vaccine eventually make it onto the national immunisation schedule?

We don’t know. If we will need a booster shot, then yes. If it’s just a once in a lifetime thing, then everybody’s practically already done.

It looks likely that there will be a vaccine for five-to-12 year-olds, possibly early next year.

And then possibly towards the end of next year, or the middle of next year, there will also be a vaccine for six-month-olds to five-year-olds.

And then it will be a matter of vaccinating children as they come.

The language students who led to clusters of cases came in with a negative PCR test. So the PCR test did not really work in that instance. And, in fact, it no longer qualifies you for entry in Malta. Do you think EU COVID Pass rules are already outdated?

This was a particular cohort. The PCR test tells you that you are negative on that day, and that you’ll possibly remain negative for the next two or three days, because it takes a while for the viral load to build enough for you to become symptomatic and to pass the virus on.

English language students are here for two to three months. And if they develop symptoms after a week, and then they’re living in a community with others unvaccinated, they will start to pass it on.

So what we think happened in the case wasn’t that all the positive cases were already positive when they came to Malta, but that there was – because the whole cohort was unvaccinated – transmission between themselves.

With the benefit of hindsight, it wasn’t all that smart to encourage unvaccinated students to come here.

With the benefit of hindsight, there are a lot of things that people would do better.

Now, we are promoting ourselves as a safe tourism destination and I am sure this will be a strong selling point to attract tourists. 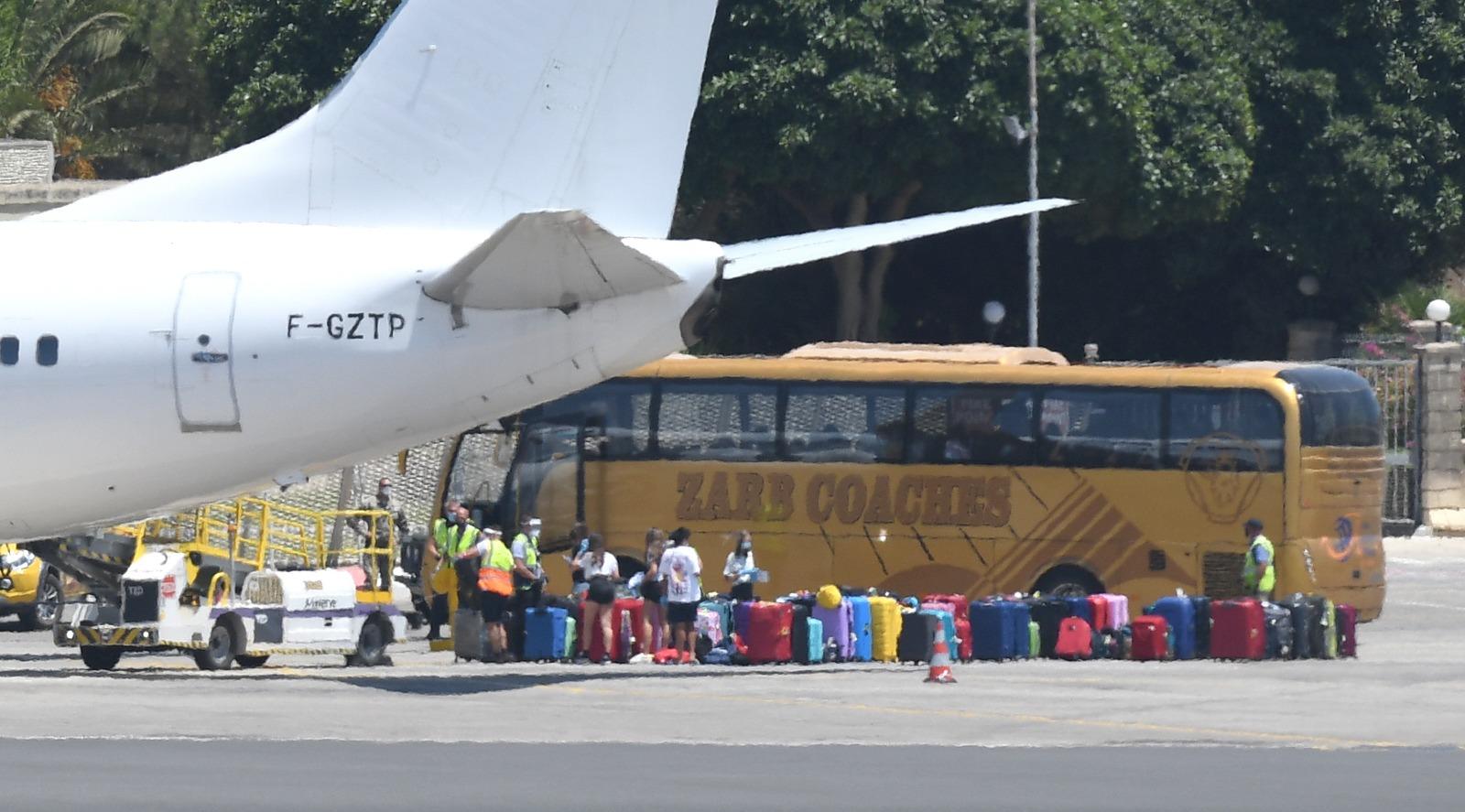 The focus will then be more on hospitalisations. But I’m for giving more information, not less. We’ve been transparent from day one on this and we will remain as transparent as possible.

On the infographics we publish every day, the focus might then shift on to hospitalisations rather than just new cases.

In May, when we reached the 70 per cent vaccination target, you declared ‘herd immunity’. I don’t think you’ve used that phrase since then.

Very soon after that, when we started to see a rise in the [Delta] variant, I had actually said ‘herd immunity with the original virus was 70 per cent. With the new variants, which are more contagious, we need to look at a higher figure.’

And in fact, we said we want to go up to 85 per cent, which is what we’re aiming for at the moment. So, we’re very close to where we want to be.

So, will you declare it again once we hit 85 per cent?

[Laughs] What’s in a name? If it makes you happy, I will.

The interview has been edited for brevity and clarity.