The activist said several persons are abusing their positions of power "in the full belief that they can get away with it".

"They've learnt from the best. We see it with the latest scandals happening in the culture scene with repeated sexual harassment claims in the MPO being ignored, the victim pressured to change her version of events and witnesses allegedly told to remain silent by the CEO," she said.

But despite scandals involving people in power repeatedly making the headlines, Farrugia said she believed there was still hope and there were good people who distinguished between right and wrong and were willing to stand for their principles.

Standing up against "the massive powerhouse that is a government", she said, is never going to be easy but collectively, those who do fight for what is right "have the power to collectively chip away at their seemingly impenetrable armour".

"Change happens through the work of ordinary people who have had enough. We've been a nation of gentle sheep for too long. It's time to get loud," she said.

The vigil was also addressed by Alessandra Dee Crespo, Kevin Cassar and Julian Delia, who also called for justice and for people to keep up the fight against corruption. 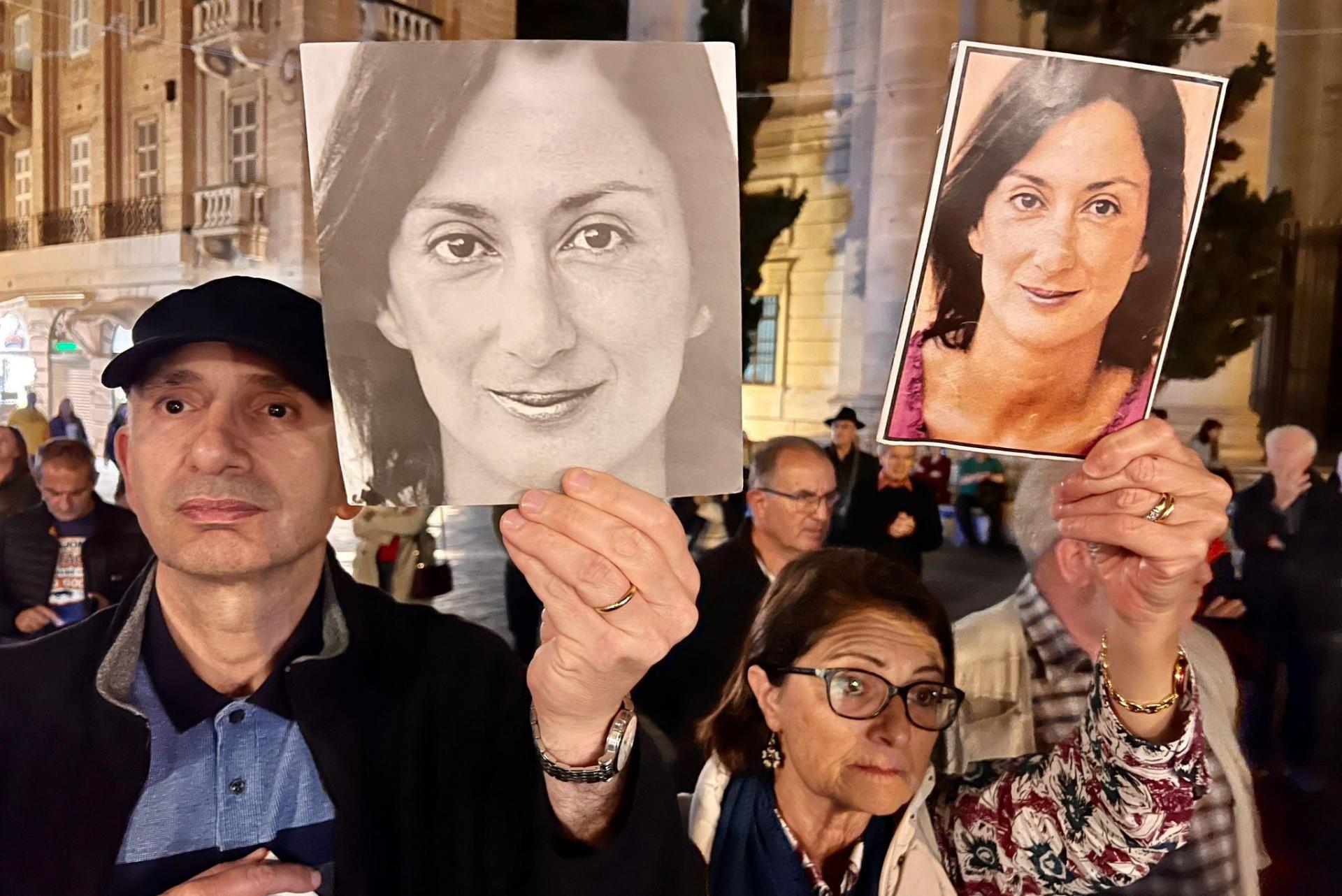 Participants at the vigil hold up pictures of Daphne Caruana Galizia.