A stash of fully automatic assault rifles and bomb detonators found at sea on Sunday are believed to be linked to an organised crime group charged with complicity in the murder of Daphne Caruana Galizia.

Sources told Times of Malta that the weapons, which include AK-47 machine guns and other rifles, are linked to the Ta’ Maksar crime group, allegedly headed by brothers Robert and Adrian Agius.

The Agius brothers, together with associate Jamie Vella, stand accused of having supplied the bomb allegedly used by assassins to murder Caruana Galizia outside her home in 2017.

The weapons, stashed away in waterproof bags, were recovered on Monday by a team of army divers from the seabed off Miġra L-Ferħa cliffs, on Malta’s northwest coast. 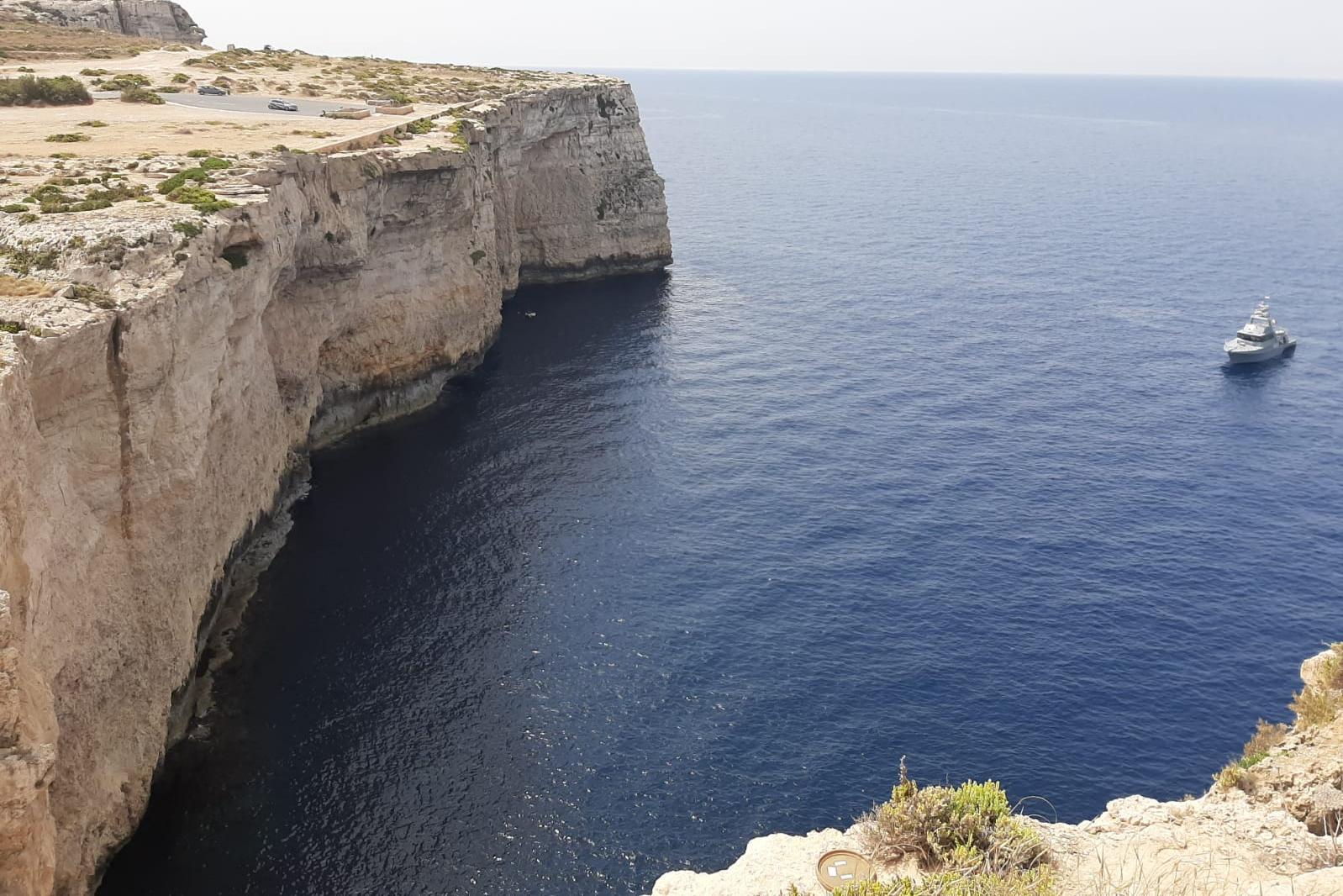 The weapons were buried at sea off the cliffs on Malta's northwestern coast. Photo: Jonathan Borg

An inquiry into the weapons find began on Sunday and is being headed by magistrate Monica Vella.

The police said a search started after a tip-off at 3pm on Sunday and continued until 7pm, before resuming on Monday morning.

The investigation is being headed by the major crimes unit.

In 2020, a joint investigation by Times of Malta and MaltaToday exposed how the Ta' Maksar gang has long been identified by police as one of the country’s most dangerous organised crime groups.

Confidential Information obtained by the Investigative Reporting Project Italy (IRPI) and shared with Times of Malta as part of the Daphne Project, indicates that Robert and Adrian Agius are connected to Italian, Libyan, Romanian and even Albanian organised crime groups.