The head of the roadworks agency has defended the controversial Central Link project as “the most beneficial” of all major road projects, despite strong environmental outcry against it.

Infrastructure Malta chief executive Fredrick Azzopardi insists the development of two new carriageways along the thoroughfare between Rabat and Mrieħel is important.

The Central Link project, which has come under harsh criticism from environmentalists, residents, and other stakeholders, secured planning permission on Thursday after a long and heated Planning Authority hearing.

The project’s objectors have said that if Central Link were put on the weighing scales, there would be a huge loss of trees and green land, increased pollution, and noise on the one hand, and only short-term traffic reduction on the other.

READ: PM defends Central Link project: 'We don't expect to be thanked for it'

Mr Azzopardi, however, insists that of all the major road projects being conducted across the island, Central Link stood out as the most important.

He also says the agency had scheduled meetings with objectors in a bid to “reach any possible compromises”.

And as for farmers who fear their livelihood was at stake, Mr Azzopardi is confident that an agreement will be reached.

Objectors have said that if you were to weigh all the cons of this project against the pros, the result would be a thumbs down for Central Link. Why go ahead with a project that gives little in return for so much land and trees?

I disagree with the idea that this project will not improve things. First off, for EU funds to be approved, we have to show that we will be in a better position 25 years after the work is done.

But let’s go back to the start. Back in 2006, the idea was for the construction of a four-lane Attard bypass. We evaluated a lot of options, including a tunnel, before settling on a proposal.

In terms of the exhaust pollution generated we found that the four-lane bypass was the greener option, but that the land take-up would have been far greater. When we weighed up the options, we came up with the current format.

Well, I personally would have preferred to go for a four-lane bypass – that would have been the easier project to deliver. But the benefits of this project are going to be much broader than many believe. 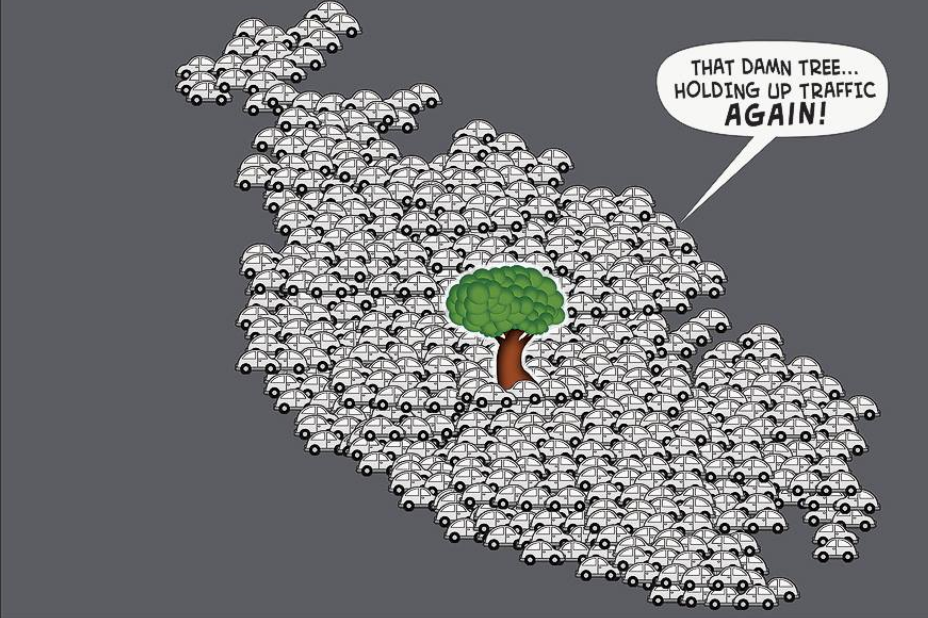 Today's cartoon by Steve Bonello in The Sunday Times of Malta.

A study conducted by economist Gordon Cordina on the collective impacts of the Tal-Balal, St Andrew’s, Central Link, Marsa-Ħamrun bypass, Triq Buqana, Marsa junction, and Sta Lucija road projects had found that for every €1 spent on these initiatives, the country would get back an average of €7 in a variety of economic benefits, like less time spent in traffic and savings on fuel and so on.

While the average was €7 for every €1 spent, the Central Link will ‘give back’ €16 in savings – by far the most beneficial of the seven projects.

The increase in cars will happen irrespective of the width of the roads. In Malta, we want to use our own personal car. Yes, there needs to be a radical shift when it comes to transport options and infrastructure, and that is happening – look at the introduction of cycle lanes and other initiatives. But, also, this stretch of road in its current state is a classic bottleneck that needs to be addressed.

The public is particularly peeved at the uprooting of some 500 trees, half of them protected species. What is your answer to that?

The permit covers 549 trees [to be uprooted] – but we have already drafted a tree permit which says that 440 trees [will be uprooted] so, in all fairness, we are doing our utmost to reduce this as much as possible. We have also been painted as axe-wielding tree killers, who are chopping down iconic trees such as those on the Saqqajja Hill leading up to Mdina – we won’t be touching those. We are also using the Environment and Resources Authority’s compensation system of planting trees for those uprooted.

Yes, but there is a significant difference between the mature trees being uprooted and saplings…

There’s no doubt that many are getting fed up of the lack of green spaces. This project will take up nearly 50,000 square metres of it.

Today isn’t 2006. Another objection to the project has come from farmers who fear their livelihoods will be threatened when their fields are tarmacked.

This is not the first time we have been criticised – not just for cutting down trees, but even for bulldozing through fields. So far, on the road projects undertaken, we have always managed to reach an agreement with farmers and others whose livelihoods could be impacted. 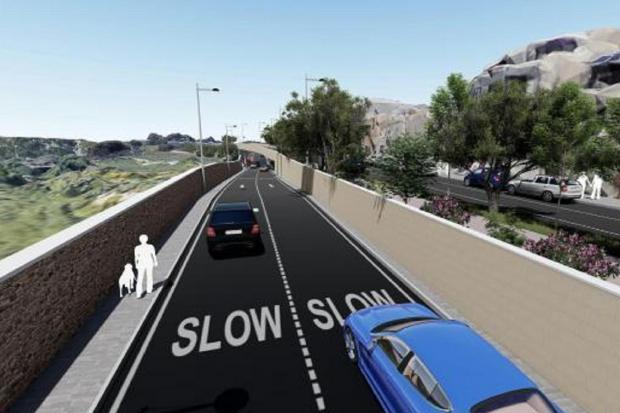 For instance, one garage [workshop] will be impacted by the road widening in Attard. But we raised the matter with Malta Industrial Parks and found a solution. We try to reach agreements on a one-to-one basis with affected parties.

During the project along Triq Buqana, we reached an agreement with all those affected, likewise with the Tal-Balal project. There will be some compromises that may take longer to reach.

What is happening with the farmers who fear what Central Link will mean for them?

Whoever is trying to portray us as fighting with farmers… I’m not saying people are happy with us taking up the land from which they make their living – but we have a track record of reaching compromises with everyone, whether it is relocating agricultural rooms, or boundary walls…

For instance, the proposed road would cut straight the government-leased field used by a farmer.

We are prepared to put in a tunnel to ensure he can access either side of this field. Rest assured that we will meet with all the farmers involved to try and minimise the hardship as much as possible.

In fact, we have already reached an agreement with more than half of the farmers impacted by this project.