The Pandora Papers is a leak of millions of confidential documents exposing 35 current and former world leaders, more than 330 politicians and public officials in 91 countries and a worldwide line-up of fugitives and con artists.

A global team of journalists led by the International Consortium of Investigative Journalists spent more than a year structuring, researching and analysing the more than 11.9 million records in the Pandora Papers leak. 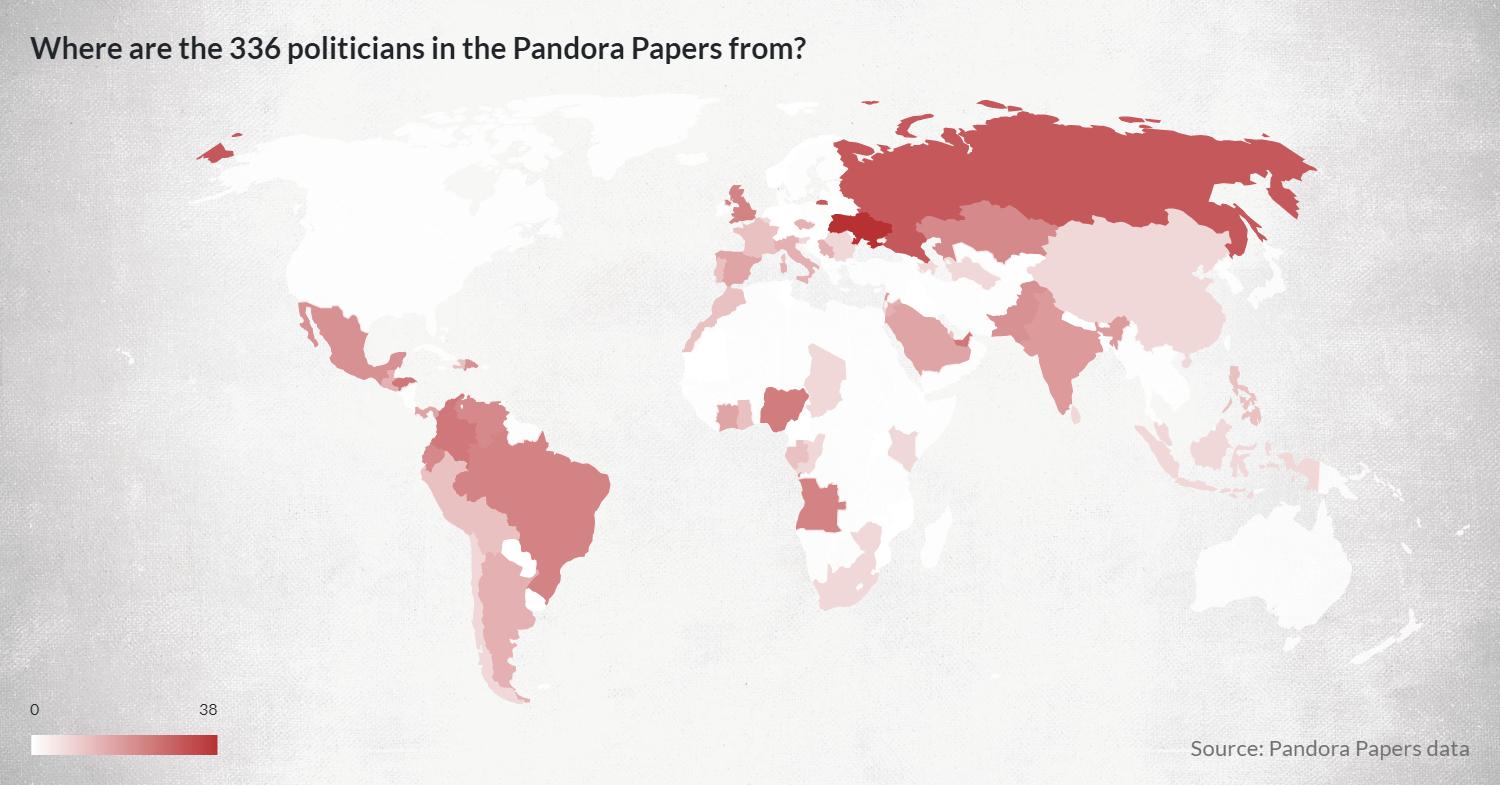 This involved making sense of a 2.94 terabyte data trove exposing the offshore secrets of wealthy elites.

These are people who use tax and secrecy havens to buy property and hide assets. Many avoid taxes and worse.

What are the key findings?

The secret documents expose offshore dealings of the King of Jordan, the presidents of Ukraine, Kenya and Ecuador, the prime minister of the Czech Republic and former British Prime Minister Tony Blair.

The files also detail financial activities of Russian President Vladimir Putin’s “unofficial minister of propaganda” and more than 130 billionaires from Russia, the United States, Turkey and other nations. 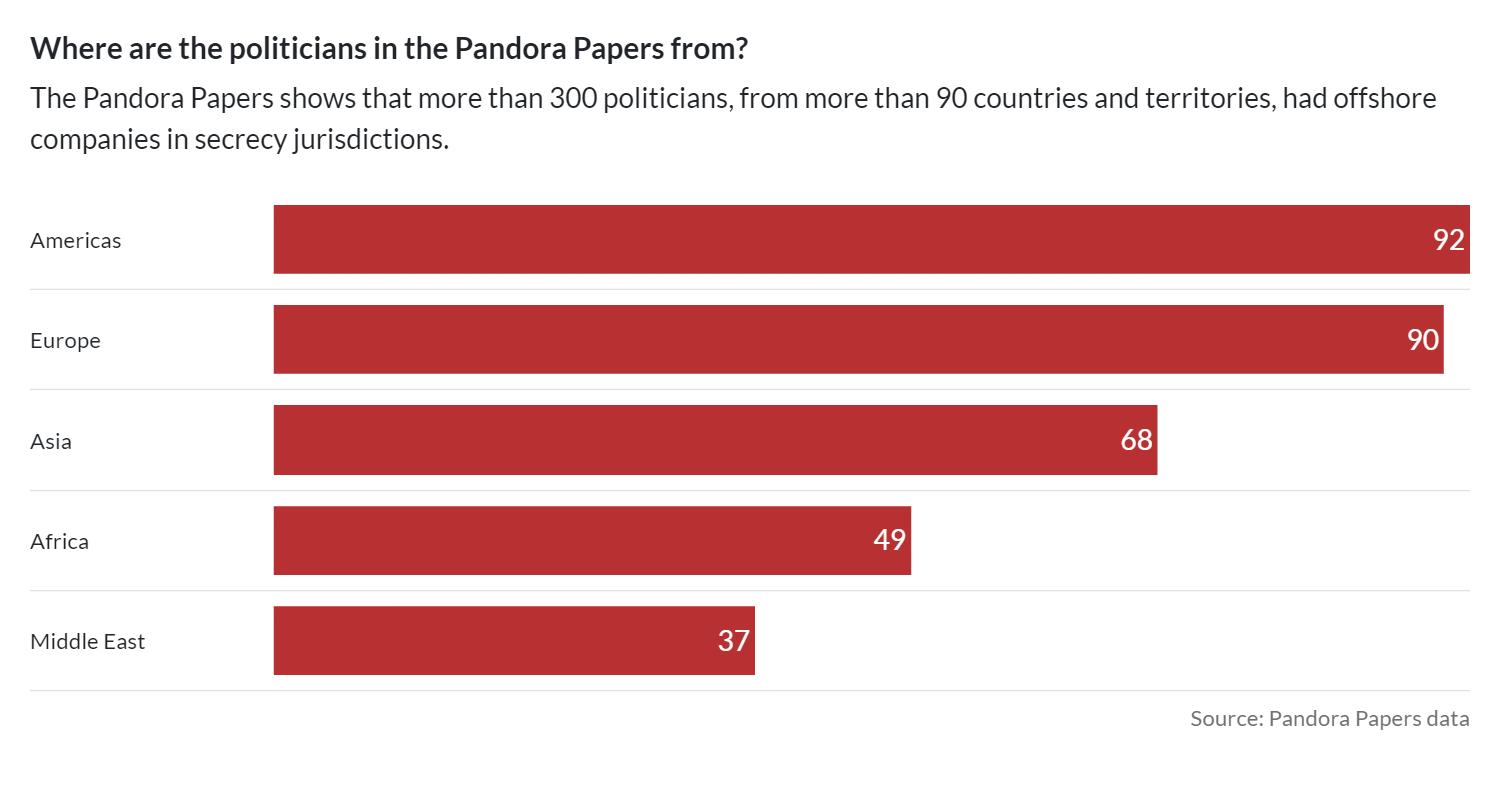 Times of Malta exposed how former minister and EU commissioner John Dalli had interests in an offshore company while serving as an MP.

When did all this happen?

While some of the files date to the 1970s, most of those reviewed by ICIJ and its media partners were created between 1996 and 2020.

They cover a wide range of matters: the creation of shell companies, foundations and trusts, the use of such entities to purchase real estate, yachts and jets, their use to make investments and to move money between bank accounts as well as tax avoidance through complex financial schemes.

Some documents are tied to financial crimes, including money laundering.

What form did the data come in?

The 11.9 million-plus records were largely unstructured.

More than half of the files (6.4 million) were text documents, including more than 4 million PDFs, some of which ran to more than 10,000-pages. 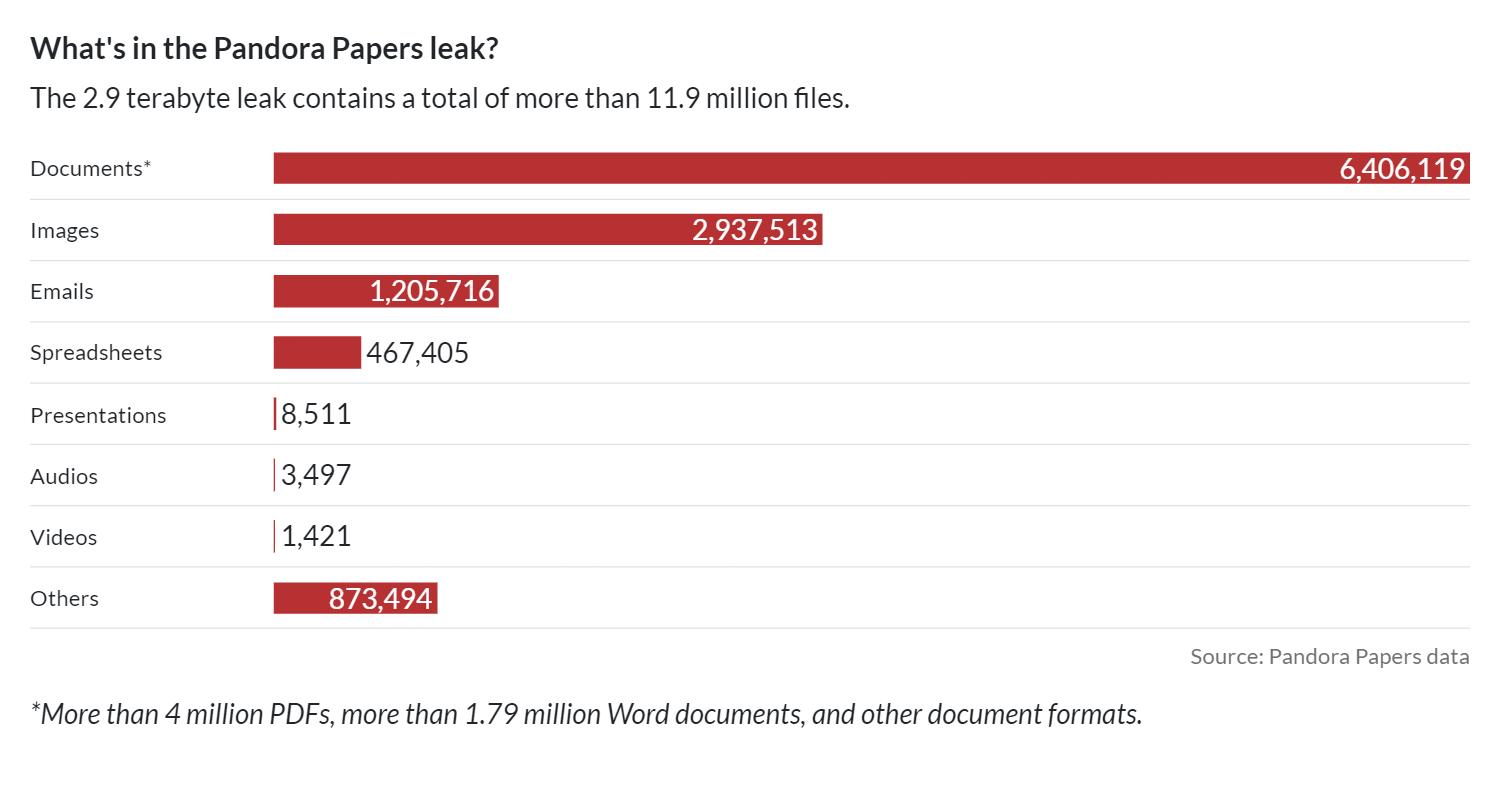 There were also more than 4.1 million images and emails in the leak.

Spreadsheets made up 4% of the documents, or more than 467,000. The records also included slide shows and audio and video files.

How is this different from other leaks?

The Pandora Papers leak comes from 14 providers that offer services in at least 38 jurisdictions.

The 2016 Panama Papers investigation was based on 2.6 terabytes of data in 11.5 million documents from a single provider, the now-defunct Mossack Fonseca law firm. 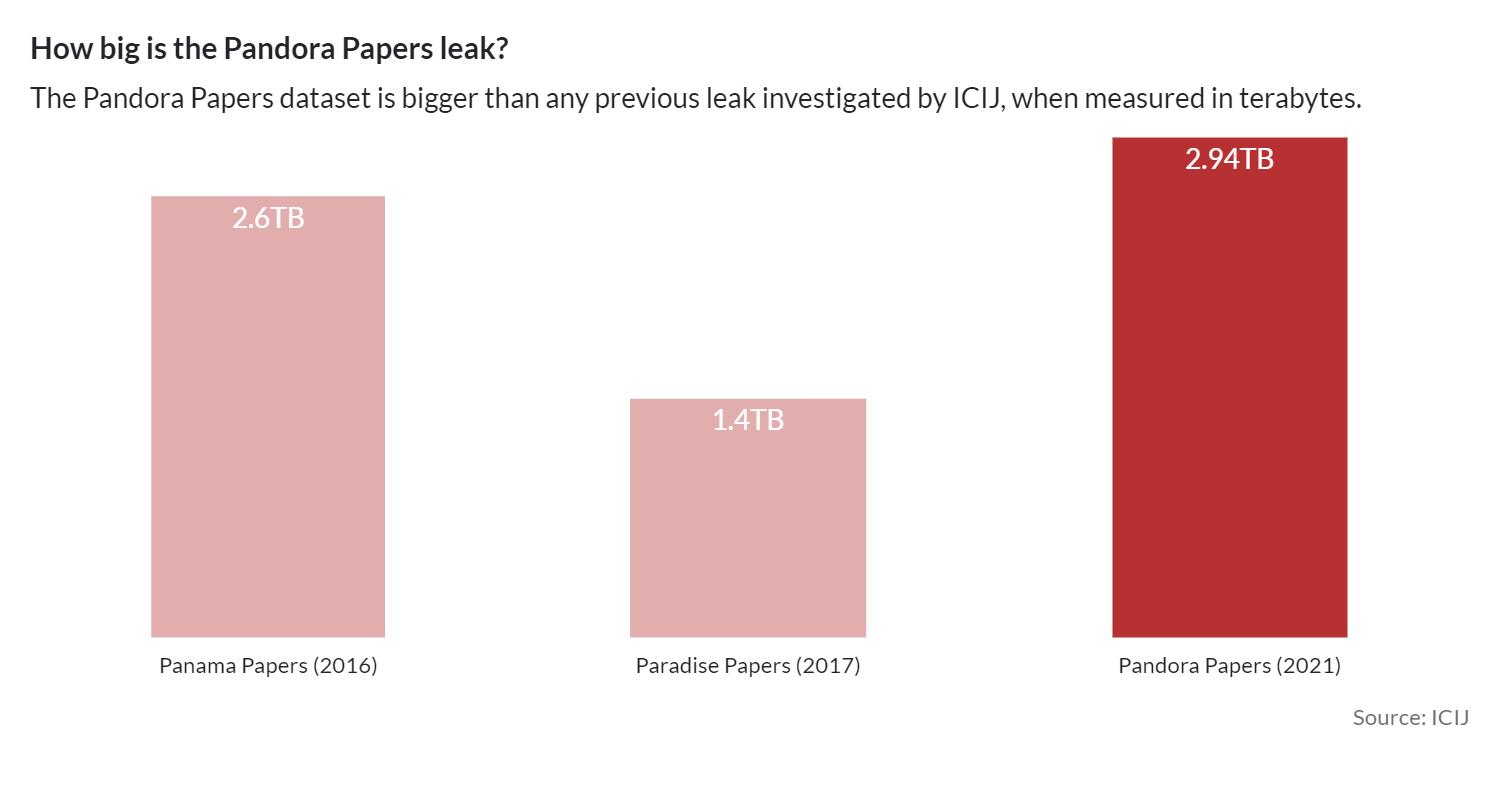 The 2017 Paradise Papers investigation was based on a leak of 1.4 terabytes in more than 13.4 million files from one offshore law firm, Appleby, as well as Asiaciti Trust, a Singapore-based provider, and government-corporate registries in 19 secrecy jurisdictions.

The Pandora Papers presented a new challenge because the 14 providers had different ways of presenting and organising information.

Some organised documents by client, some by various offices, and others had no apparent system at all.

A single document sometimes contained years’ worth of emails and attachments.