Oil price too low for a surcharge – Joseph Muscat 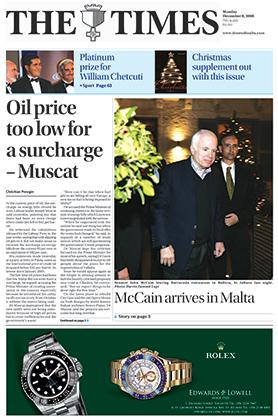 At the current price of oil, the surcharge on energy bills should be zero, Labour leader Joseph Muscat said yesterday, pointing out that there had been no extra charge when crude last fell to $42 per barrel. He reiterated the calculations released by the Labour Party in the past weeks, saying that with slipping oil prices it did not make sense to increase the surcharge on energy bills from the current 95 per cent to an equivalent of 185 per cent.

His comments, made yesterday at a party activity in Paola, come as the international price of crude oil dropped below $42 per barrel, its lowest since January 2005. The last time oil prices had been this low Malta did not even have a surcharge, he argued, accusing the Prime Minister of creating uncertainty in the country especially because he introduced the utility tariffs retroactively from October 1, without the meters being read.

Dr Muscat maintained that the new tariffs were not being introduced because of high oil prices but to cover inefficiencies and the government’s waste. “How can it be that when fuel prices are falling all over Europe, a new tax on fuel is being imposed in Malta?”

‘Very promising’ first round of talks with EU Commission 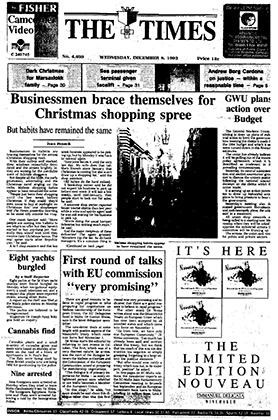 There are good reasons to believe in rapid progress in talks preparing for negotiations on Maltese membership of the European Union, EU Delegation head in Malta, Dr Gunter Weiss, says in the latest Delegation newsletter.

Dr Weiss starts the editorial by referring to two events in October. The first, he writes, was the start of the dialogue between the Maltese authorities and the Commission of the European Communities, aimed at preparing for membership negotiations. “At this stage,” he adds, “no more should be said  other than that this first round was very promising and indicated that there are good reasons to believe in rapid progress.”

The General Workers’ Union is aiming to draw up plans of industrial action to force the government into meeting claims it made for the 1994 Budget and which it said were turned down in the financial estimates. The union has already indicated it will be pulling out of the incomes policy agreement, which it has des­cribed as irrelevant in the circumstances.

Half a century ago - Sunday Times of Malta 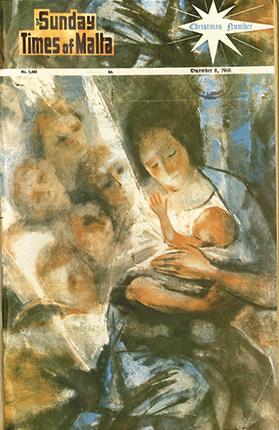 The Central Bank of Malta will shortly be creating a market in Malta Government Development Loans and Treasure Bills. This means that members of the public will be able to buy and sell such securities at a price which properly reflects current conditions.

A Stock Exchange committee has been formed. It will also examine procedures for registering and transferring stocks and shares, and the scale of stamp duties affecting this type of transaction. The  investment of pension funds and similar monies seeking long-term employment will also be looked into. These will be incorporated in draft legislation necessary to set up a stock exchange.

The Department of Agriculture is soliciting quotations for the importation of 80,000 dozen eggs in shell. The National Poultry Stock Association said the importation of eggs is “a step from which the poultry industry in Malta will never recover” adding that there are sufficient locally-produced eggs to meet the demand.