When pictures of books that had been carelessly thrown out of a friary in Valletta started making the rounds on the internet, many were left heartbroken. None more so than Alessandra Dee Crespo, whose immediate action saw the Curia and the Ministry for Culture join forces to find them a home. Thankfully, many are the friaries, convents and institutions that treat their treasures with the respect they deserve, including the Carmelite Priory in Mdina, where Fr Charlò Camilleri and Fr Glen Attard, with the help of volunteers, preserve the library and archives that date back to the 1400s.

Walking through the doors of the 400-year-old priory that houses the Brothers of the Most Blessed Virgin Mary of Mount Carmel is like stepping back in time. A cloister runs along the perimeter of a beautiful courtyard, and a staircase to the right takes you up to the dormitories, the refectory, the oratory and – the reason Joanna and I are here today – the age-old library and archives.

“We have over 20,000 books, documents and lithographs in the collection,” says 44 year-old Fr Charlò, who joined the Carmelites in 1992 and whose work in conservation extends to various other Carmelite archives, including the one in Nantes, France. “These documents and volumes are not only important to us as a religious order or, indeed, to the Church alone. They are of national and global importance.”

This is so because, unlike many of the other European priories of the Carmelite Order – which was formed into a community sometime between 1207 and 1214 – the Mdina Priory’s library was never ransacked or disbanded due to forced secularisation or war, as was the case with other Carmelite libraries such as those in France, Spain, Italy, and England. In other words, the Carmelite Priory in Mdina holds one of the most complete collections in the network, which includes treasures like volumes of Bullaria, consisting of transciprtions of all the Papal Bulls released in relation to the Order, copies of the Carmelite Averroist philosopher John Baconthorpe’s (1290-1346) works on Metaphysics, Philosophy and Theology, and even an exemplar of a 15th century Commentary of St Thomas Aquinas (1225-1274) on the Sentences of Peter Lombard. 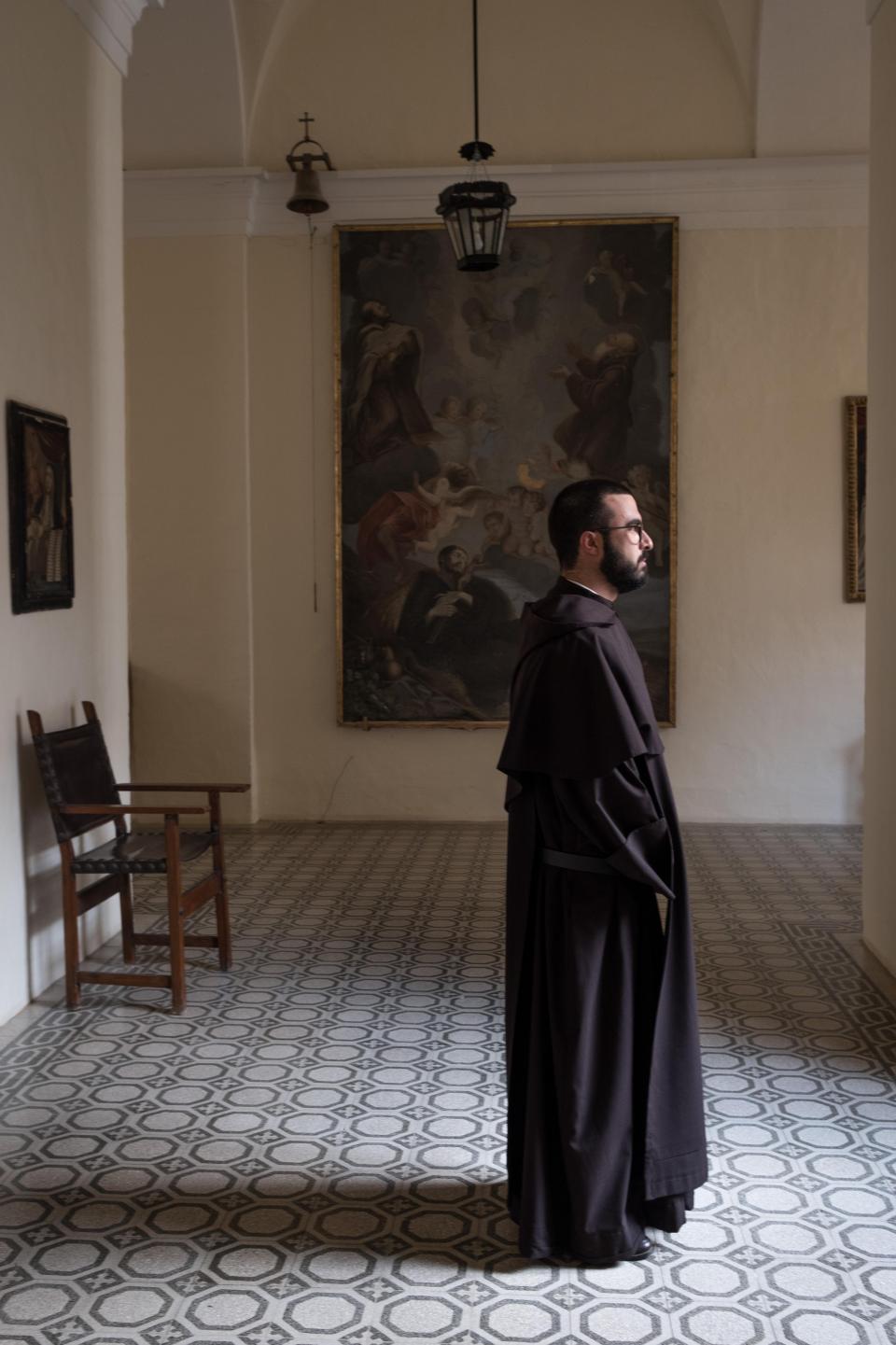 More importantly for Malta, the archives and library include accounts of the Order and reports and observations of some of the most important moments in our local history, including the entry of the Santa Maria Convoy into Malta in 1942. The accounts show how on August 14, the Mdina Priory, which was offering shelter and food to many people from the Grand Harbour area, and which was also the seat of the Civil Services, could only buy fruit and vegetables while, two days later, it spent a small fortune on flour and meat, which was made available.

“These documents can help historians piece together the real history of war-torn Malta, particularly of the common folk who are normally removed from the narrative of history,” 33-year-old Fr Glen, who has been a Brother of the Order since 2004, explains.

While the earliest document dates back to the 1400s, the archive and library are still very much alive. The Brothers, with the help of librarians and archivists Claudio Laferla, Rita Vella Brincat, Kathleen Spiteri, and Christopher Bezzina, continue to add new documents and books on a monthly basis. 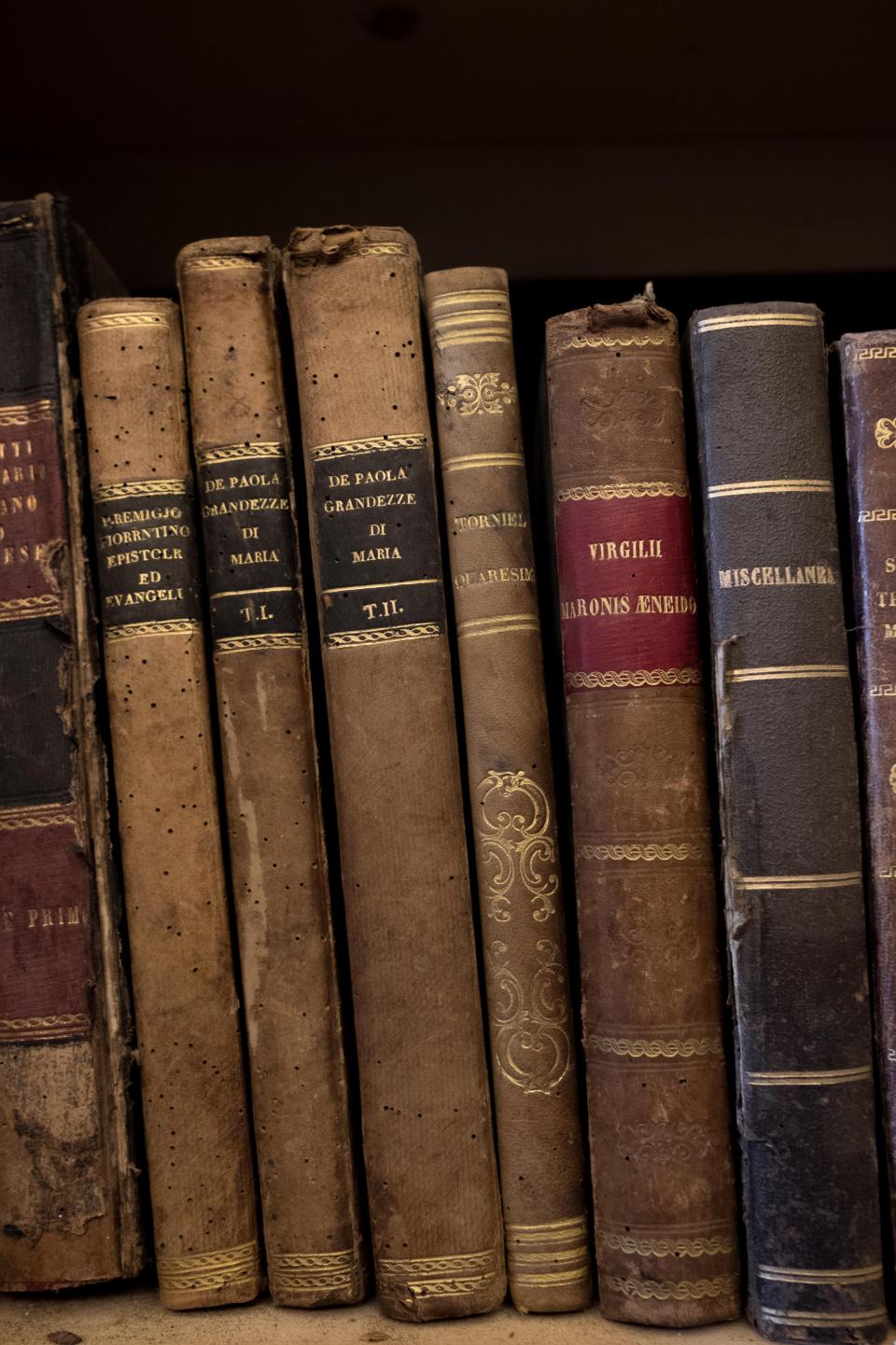 Indeed, the library quarters have doubled in size to make space for new acquisitions and to host students and researchers in their study areas. Among the recent additions is a 16th-century exemplar of the Eucologues of the Carmelite Humanist John Baptist of Mantua (1447-1556), which they salvaged off eBay – “An incredible and rare find and a significant one for the Order! We couldn’t believe our luck,” Fr Glen adds.

The library is also often chosen as one of the beneficiaries of books and documents from private collections. Aldegonde Brenninkmeijer-Werhahn, the Founding Director of the International Academy for Marital Spirituality, recently donated the renowned Catholicisme series (an encyclopaedic compendium of the Catholic perspective on issues of faith, life and ethics) to the priory’s library collection, where the Carmelite Institute Malta has its seat, enriching the collection not only for the benefit of friars but also of students following courses in Theology and Spirituality at the Faculty of Theology and the Carmelite Institute Malta. 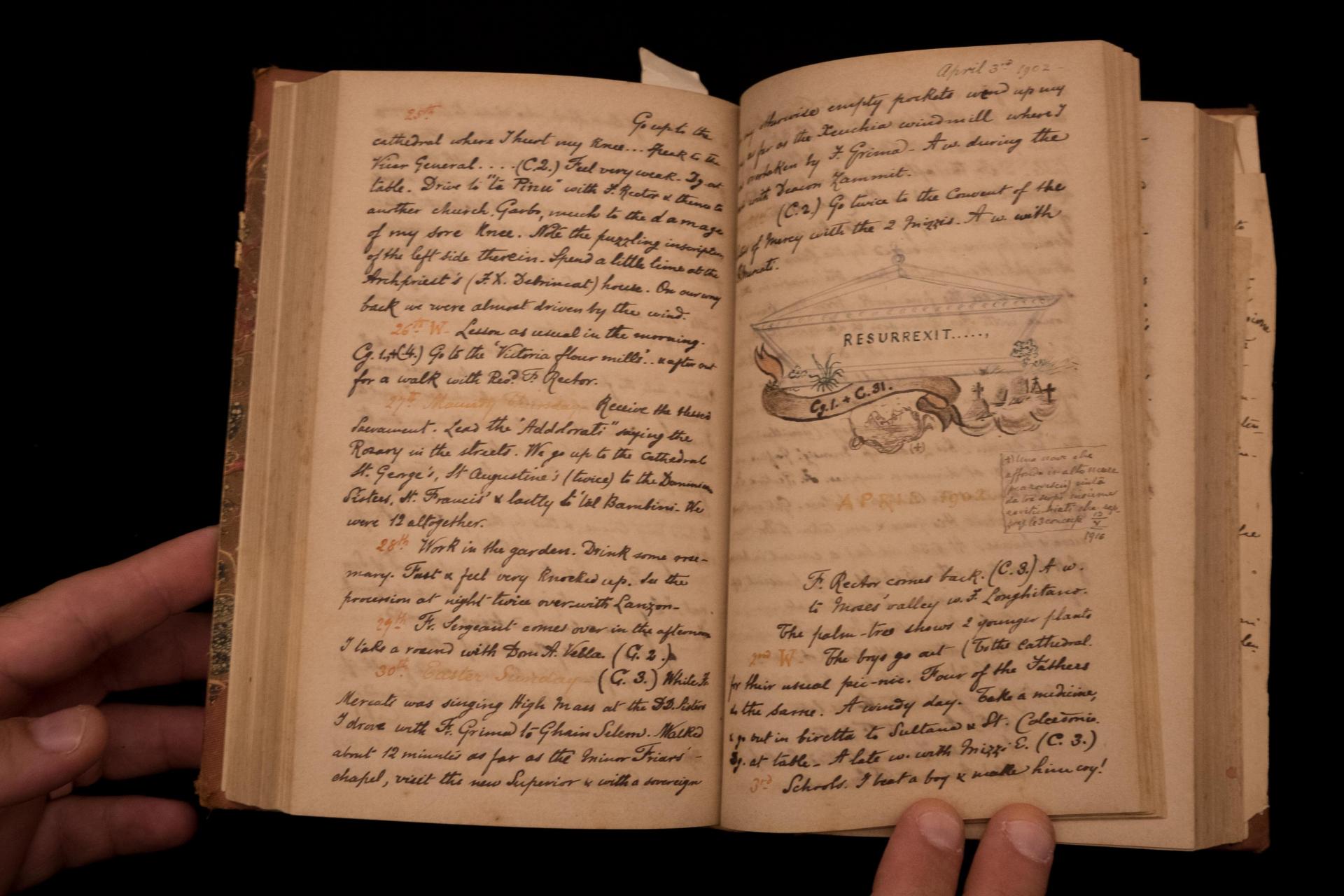 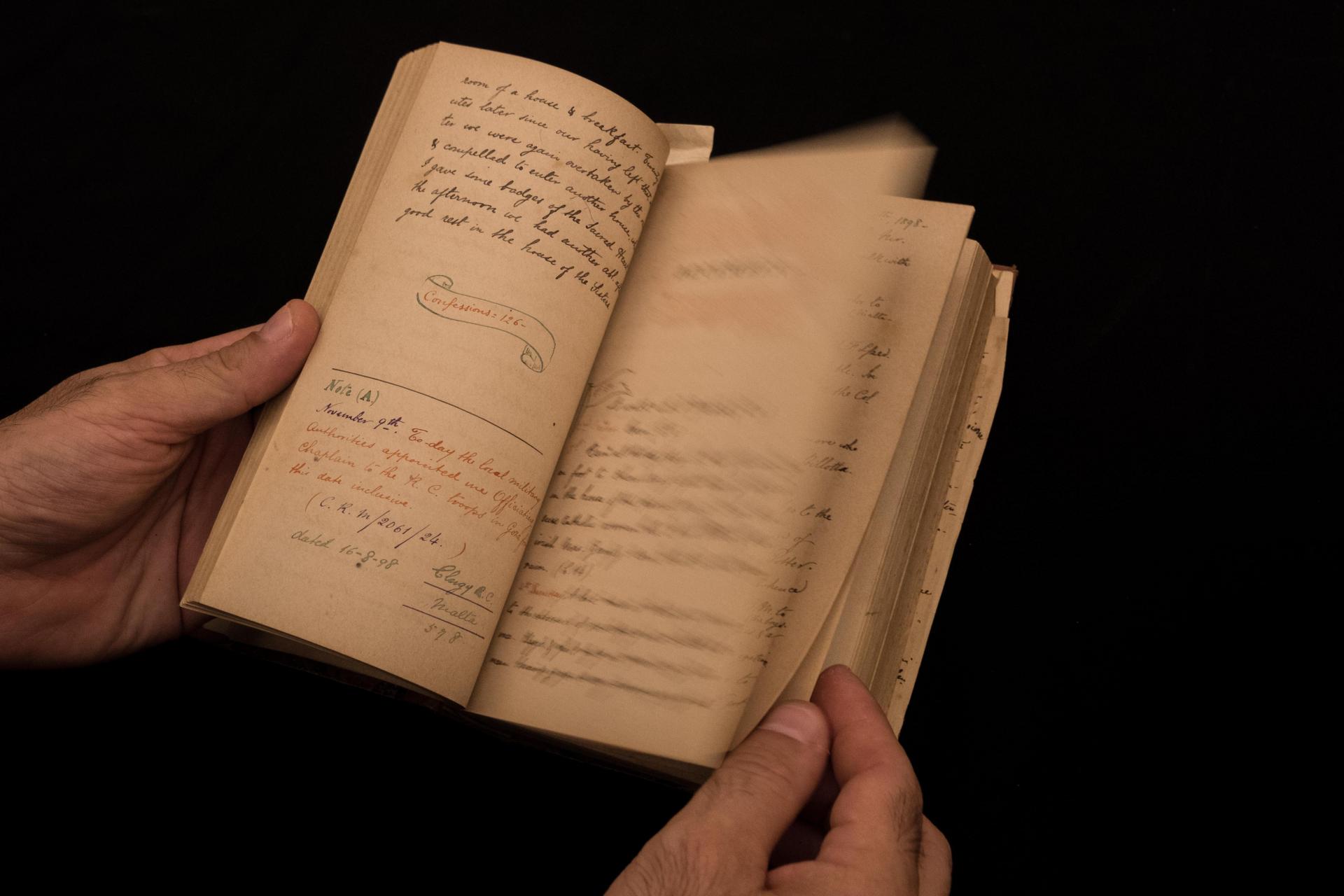 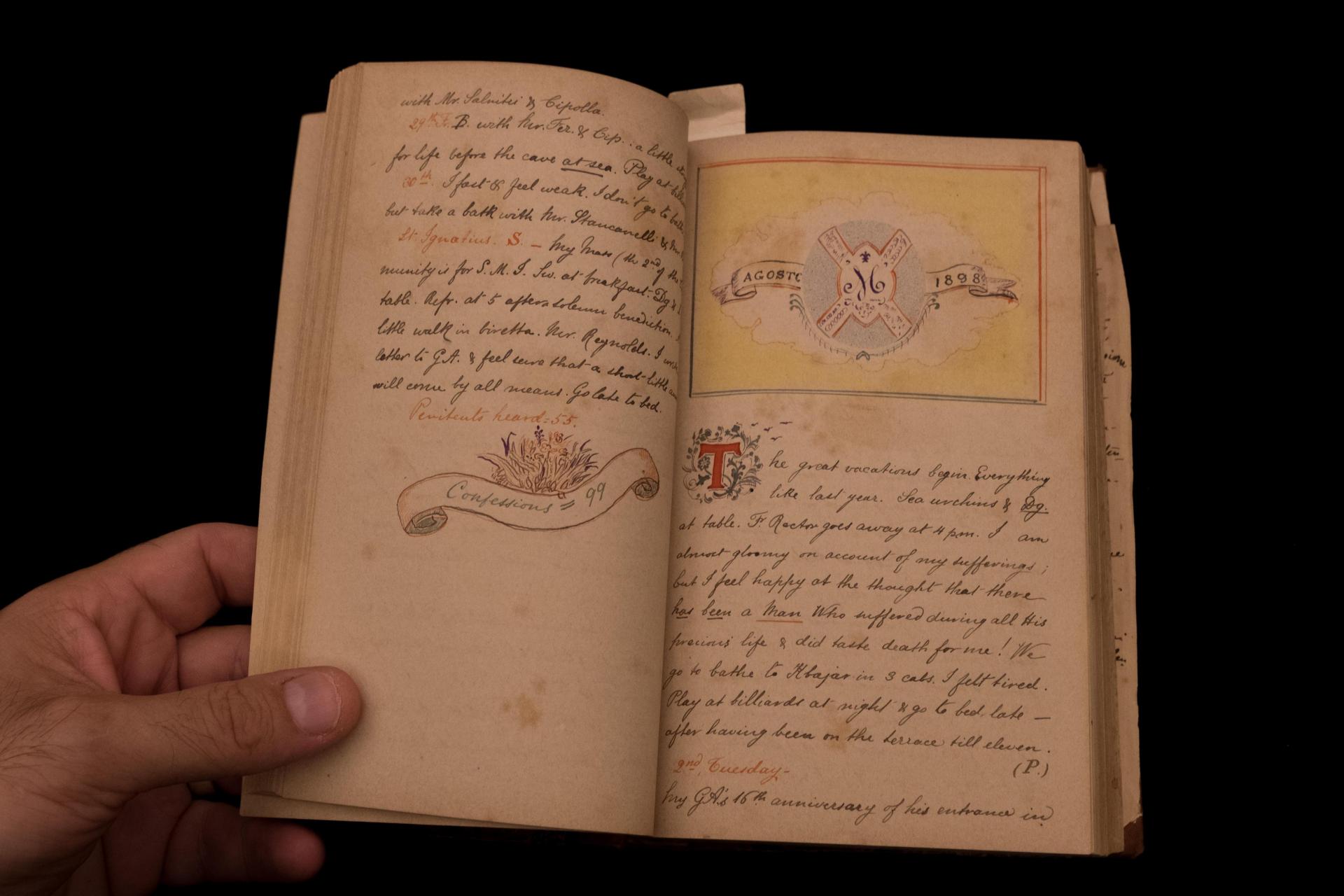 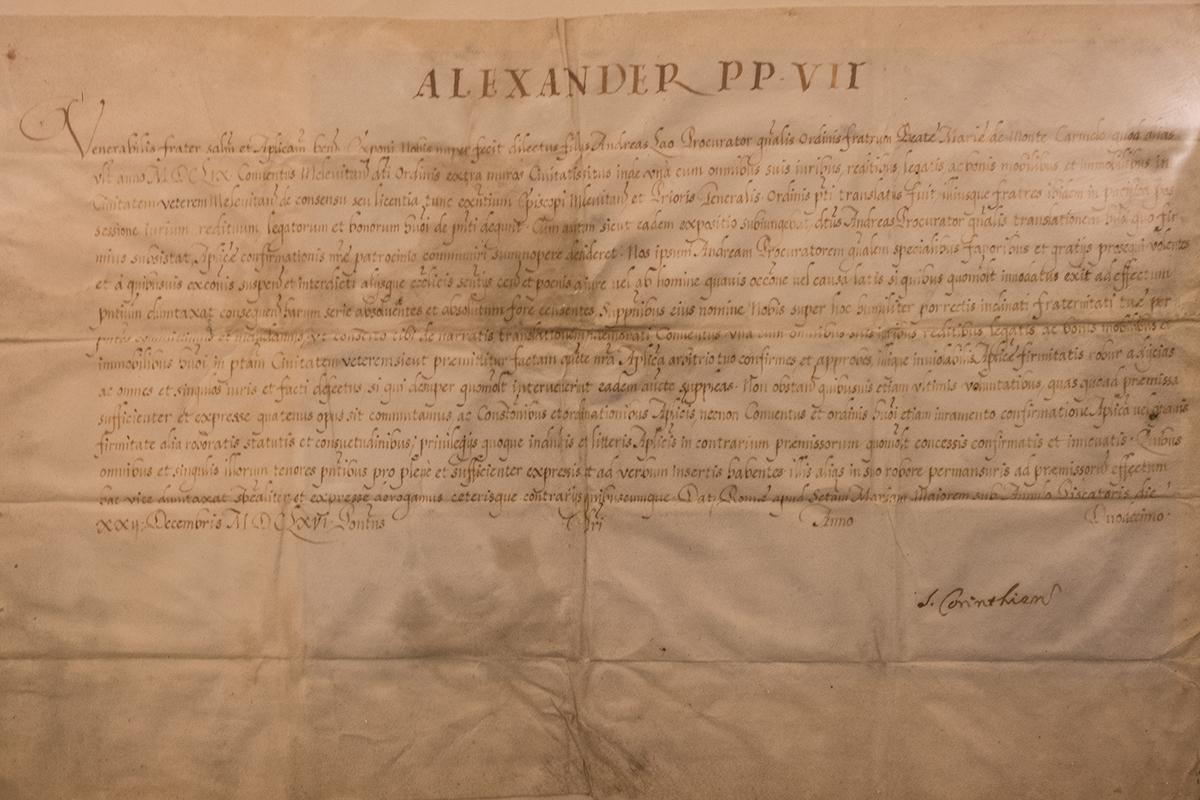 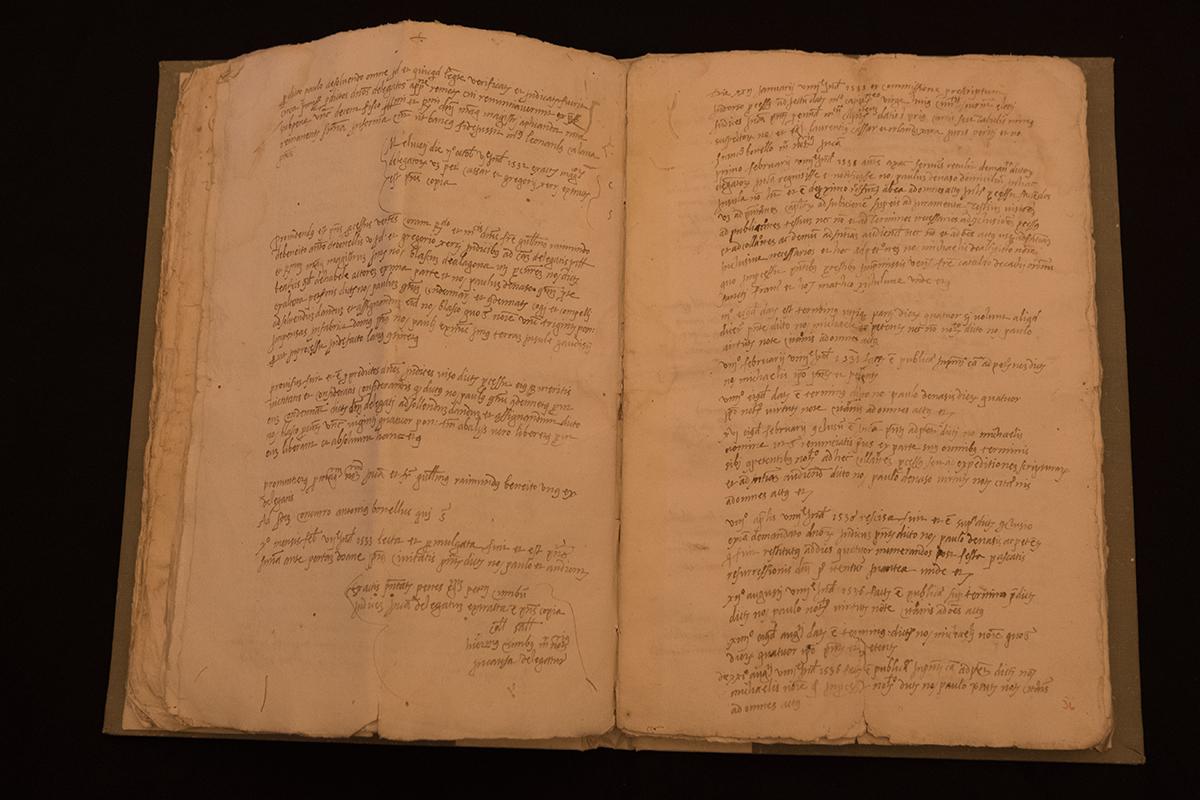 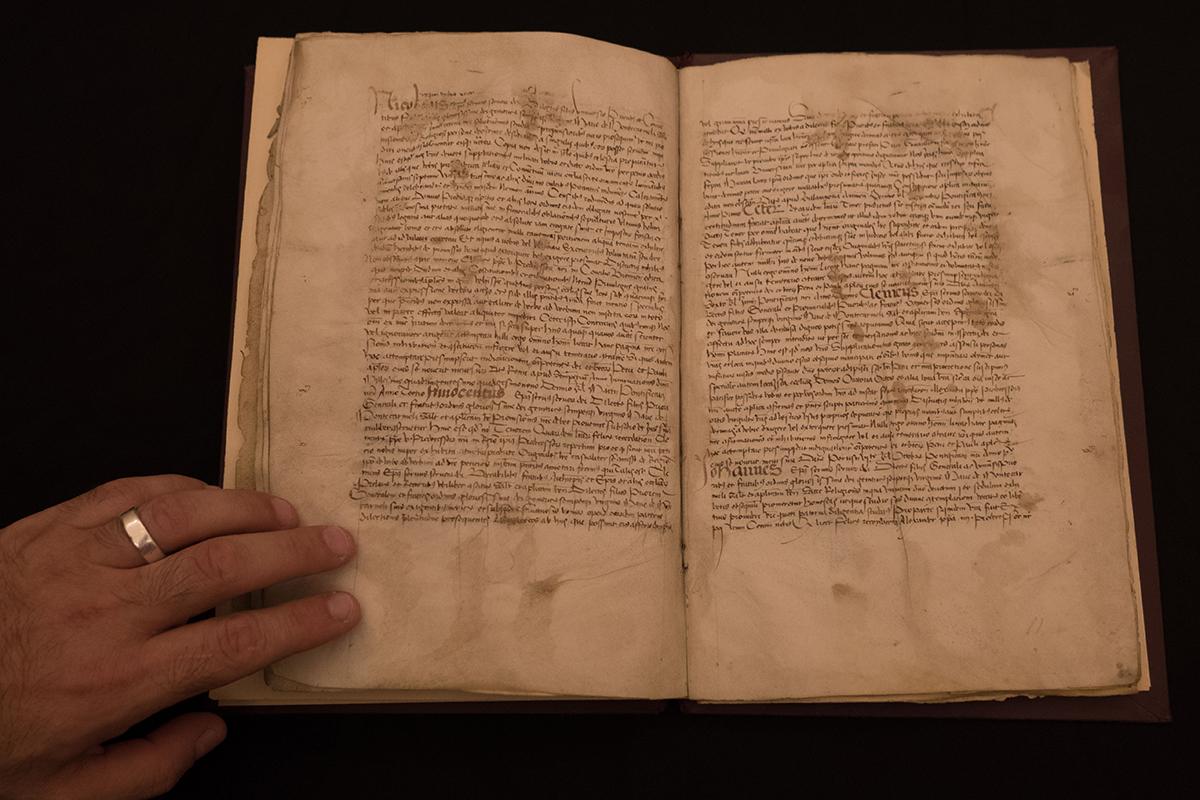 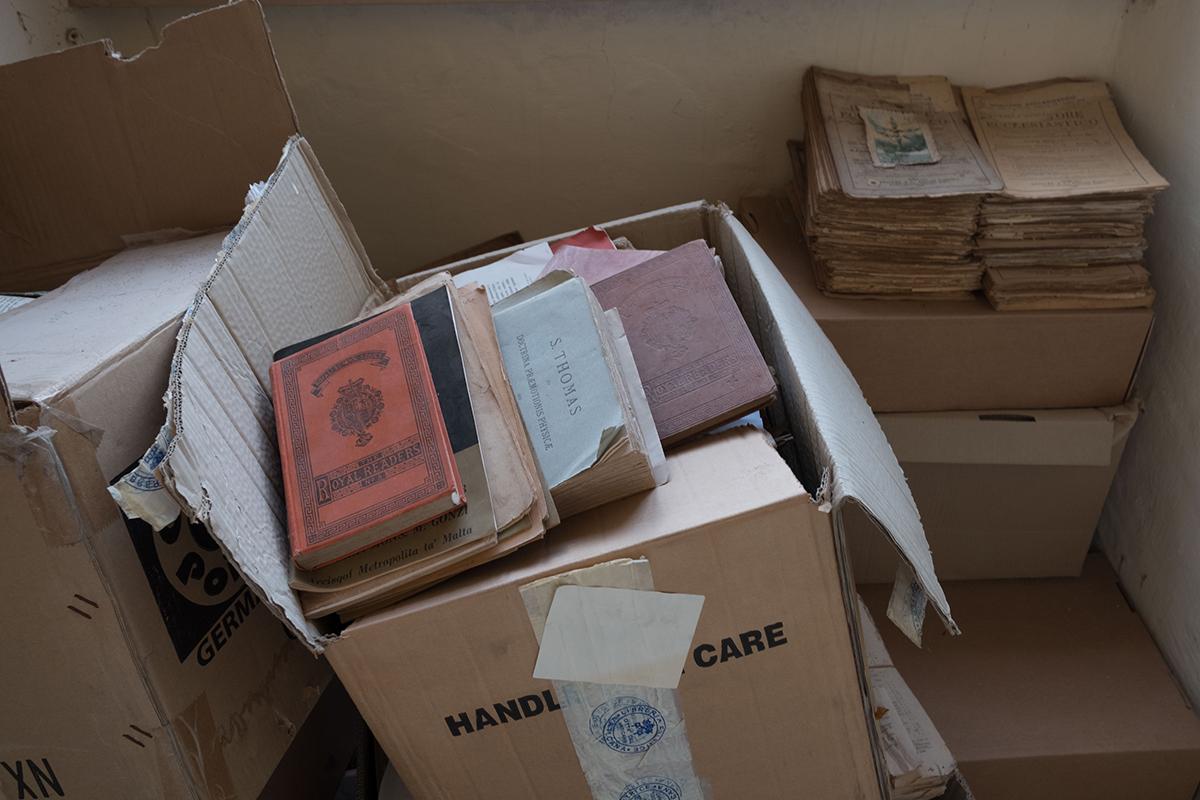 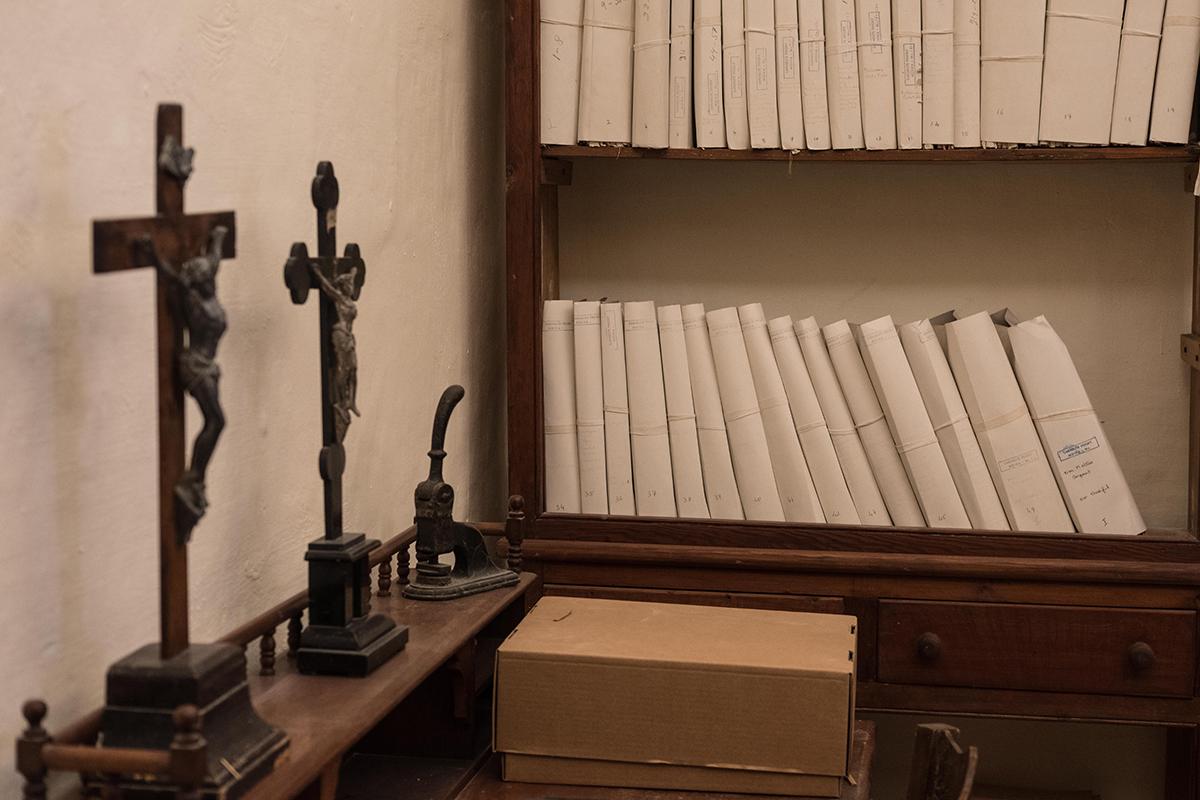 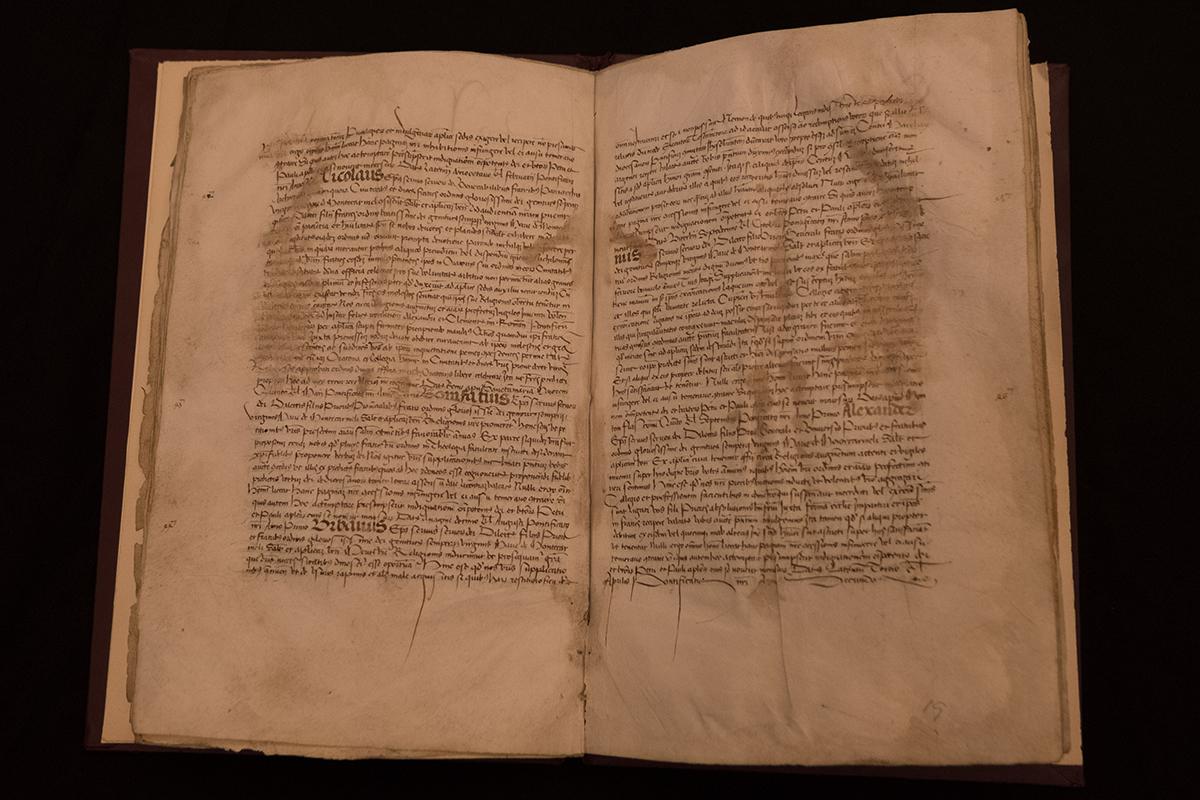 Meanwhile, the full library and archives of poet, theatre director and cultural journalist Mario Azzopardi (1944-) has also been recently added to the archives, bringing in hundreds of books, documents and notes that shed light on one of Malta’s most famous names in literature.

“Mario, a dear friend of ours, wanted to donate the library to an institution that would take care of it, keep it together and, vitally, make it available to the public. We have assured him that we are willing to meet all his demands in due time, although our first and main concern is ensuring that every single volume and paper is catalogued and that any books which need to be restored are seen to,” Fr Glen explains. 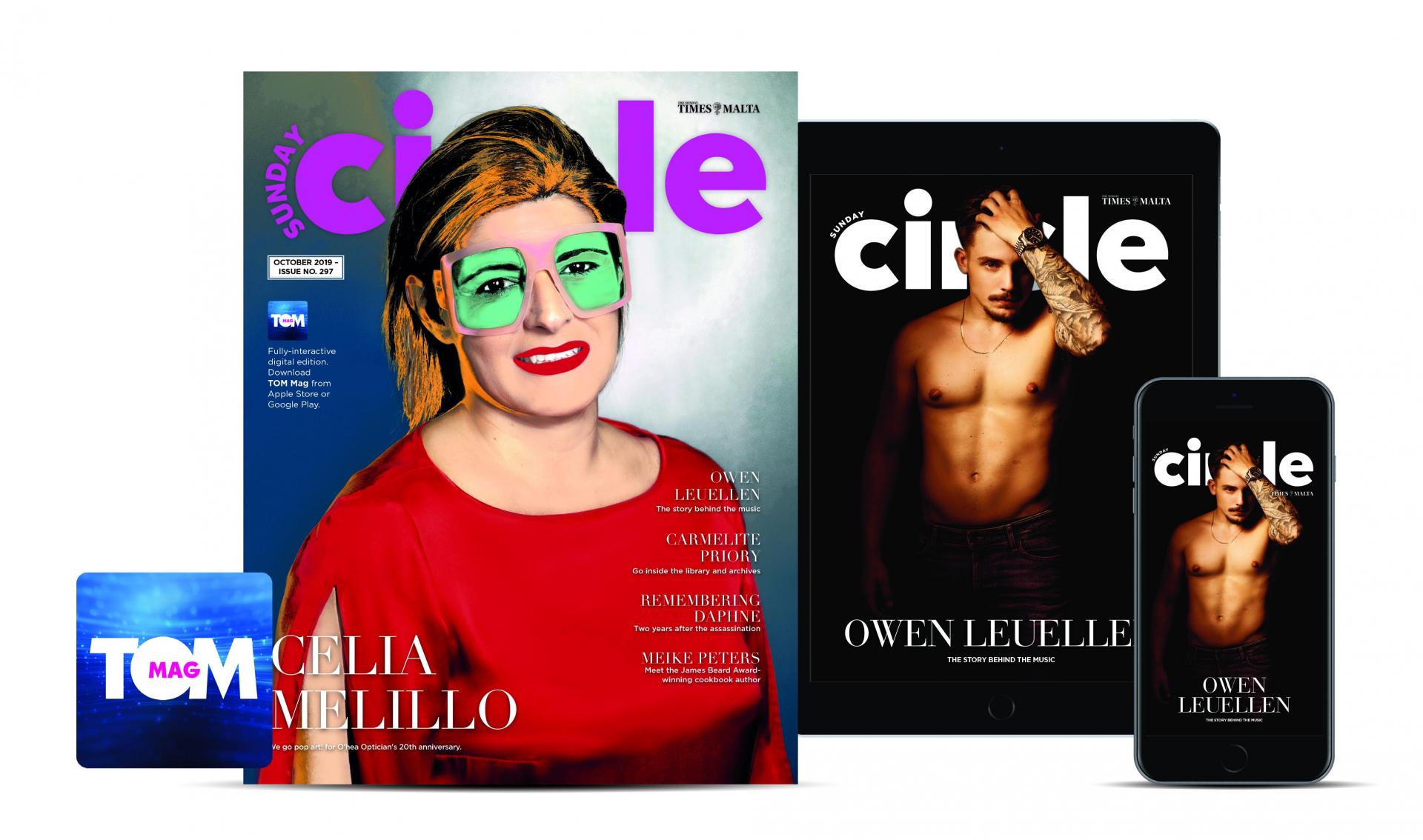 In one of the rooms, however, we come across a box of books that look ready to be removed. Stopping in our tracks, we ask Fr Charlò and Fr Glen what their fate is going to be.

“Fumigated, restored, catalogued and placed back on the shelves,” they assure us. “As a priory we have the obligation to preserve all the documents and volumes that are housed in the Priory’s library and archives. Some of these books may not be worth much financially – most would sell for a mere €20 or less – but their value is not defined by their price tag. Many of these contain signatures that help us construct the story and the academic and formative history of the Priory as it was always home to important Magistri of the Order, local and foreign, who left their books alongside their manuscript notes, lectures and works here. That is why, in some cases, we have multiple copies of the same book.” 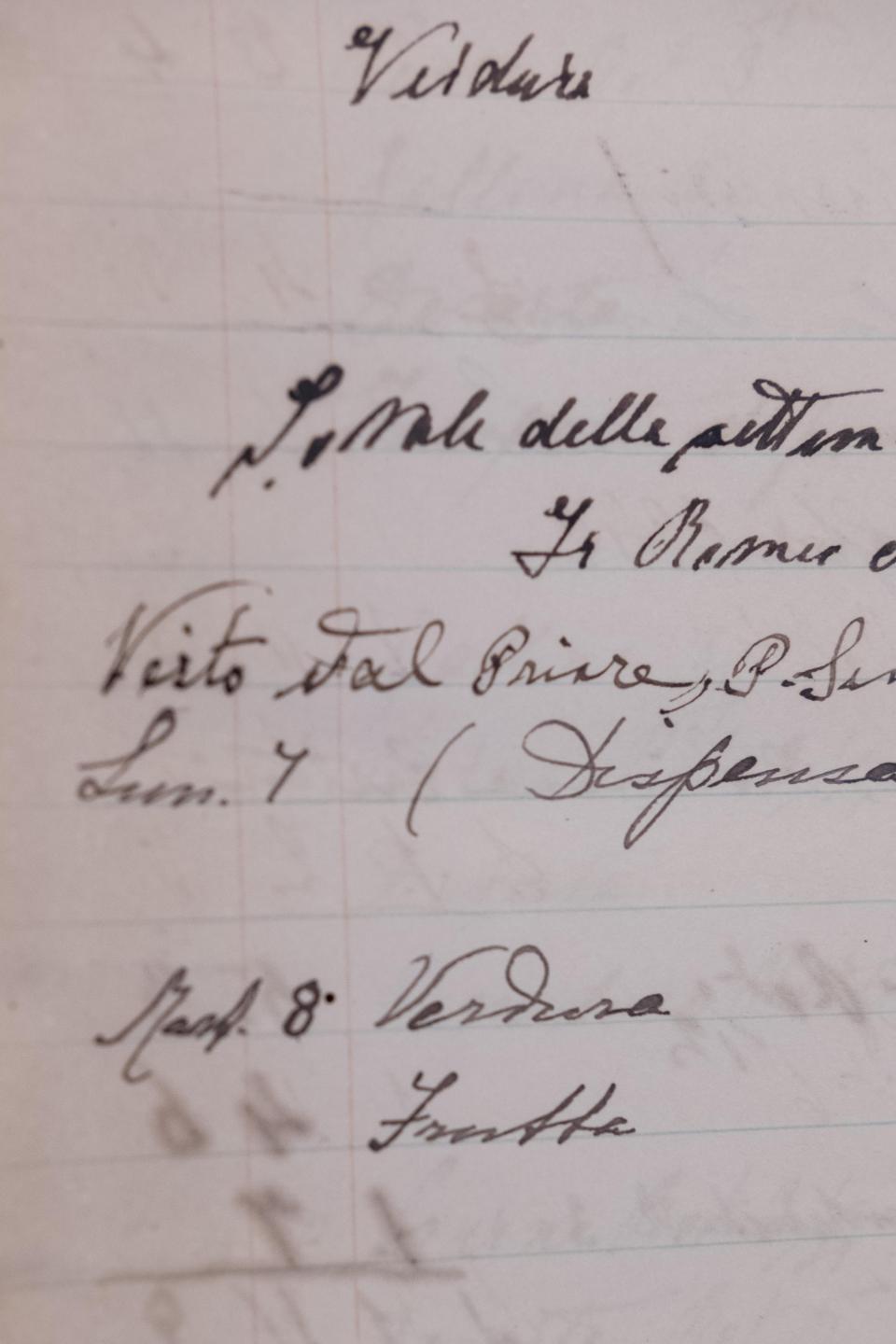 Such a mammoth task means that the Priory needs to collaborate with others to ensure the safeguarding of its treasures. One such collaboration is with Dr Charles Farrugia,  the Director of the National Archives: “I believe this is the way forward to assuring professionalism, sharing resources and, most importantly, ensuring accountability in handling this heritage. We are just custodians of these treasures, not owners,” Fr Charlò continues.

Leaving the peace and prayerful solitude of the priory, it’s wonderful to see so much dedication given to our collective treasures. And they are treasures not only because of their rarity or monetary value, but because of the words, stories and histories they hold; the tales they tell are unique and part of the puzzle that needs to be put together to understand the story of how we became who we are as a nation. Indeed, it’s for that reason that people like Fr Charlò and Fr Glen, as well as all the other people who take care of our heritage, deserve our respect and gratitude.

The Carmelite Priory Archive and Library are open to the public by appointment. For more information, please email library@carmelitepriory.org

This article first appeared in the October issue of Sunday Circle. Download the digital version of Sunday Circle magazine through the TOM Mag app, which is available via the App Store and Google Play.