A court in April agreed that evidence of criminal activity could exist in the Panama Papers. The decision, which came about thanks to an application by former Opposition leader Simon Busuttil and NGO Repubblika, was only a starting point for the evidence-gathering process against the Prime Minister’s chief of staff Keith Schembri and Tourism Minister Konrad Mizzi to begin. Jacob Borg looks at the evidence of suspicious activity that can be found in the Panama Papers leak.

A fishy business in Bangladesh?

One of the key pieces of evidence found in the Panama Papers is the famous 17 Black e-mail.

An aspect often overlooked in the e-mail is the “business activity” of the Panama companies.

Even if the e-mail is taken at face value, it is already questionable why two government officials would be secretly entering into such business activities half way across the world.

A far more likely explanation is that the stated business activities were being given to justify the $2 million (€1.7 million) in deposits the same e-mail suggested Mr Schembri and Dr Mizzi were planning to receive in just one year.

The source of these funds is said to be two companies in Dubai called 17 Black and Macbridge.

No further information about these companies, or who owns them, can be found in the Panama Papers.

Keith Schembri has already confirmed in an official government statement his link to 17 Black and Macbridge in the form of “draft business plans”, despite assurances by Prime Minister Joseph Muscat that his top aide was no longer involved in any business dealings after taking office in 2013.

Konrad Mizzi told a court during a libel case in January that he received assurance from Nexia BT that the 17 Black e-mail had nothing to do with him.

A man walks into an office and buys a Panama company?

In July 2013, Nexia BT’s Karl Cini sends an e-mail to Mossack Fonseca about his interest in acquiring three Panama companies.

Mossack Fonseca, from whom the shell companies called Hearnville, Tillgate and Egrant were bought, inform Nexia BT of their fee structures.

Invoices found in the document leak show Nexia BT were being asked to pay $4,356 (€3,876) annually for all three companies.

The services provided by Mossack Fonseca included the provision of nominee directors and shareholders. These nominees disguised the true ownership of Hearnville, Tillgate and Egrant.

This raises the question as to why Nexia BT would go through the expense of maintaining these companies, on the off-chance that a client or clients would walk into their San Ġwann office asking for three Panama shell companies that were set up in a way that disguises their ownership.

A leaked FIAU report questioned if the Panama companies were owned by Mr Schembri and Dr Mizzi from the start. Both men deny this.

Mr Cini’s enquiries about setting up a Panama company and a trust started in March 2013, a few days after Labour swept to power in the general election.

In August 2013, the shell companies were transferred into the custody of Brian Tonna, Nexia BT’s managing partner and a good friend of the Prime Minister’s chief of staff, Mr Schembri. Evidence to this effect can be found in the Panama Papers.

Two months later, a consortium of Maltese businessmen along with Azerbaijan’s State energy company Socar and German company Siemens were announced as the preferred bidders for the power station project.

This deal gave the Electrogas consortium a guaranteed revenue stream worth €3.9 billion over a 19-year period.

Mr Tonna headed one of the selection committees that awarded Electrogas the contract. 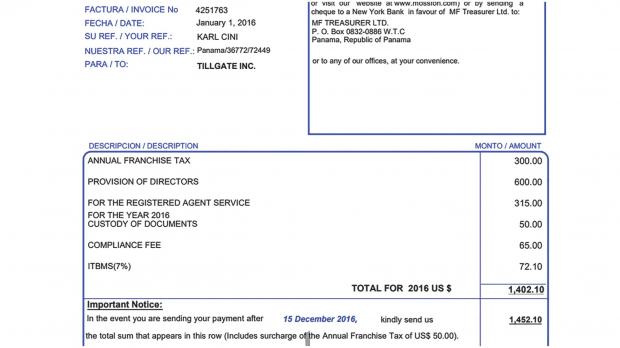 During the run-up to Christmas 2014, Nexia BT are told what documents they need to set up a New Zealand trust for their as yet unnamed clients.

Five months later, Karl Cini asks Mossack Fonseca if they can forgo the two bank reference letter for their “clients”, who he says would like to avoid informing their banks about what they were doing.

Later correspondence and documents in the Panama Papers proves these two clients were Mr Schembri and Dr Mizzi.

At least eight attempts to open bank accounts for the government officials can be found in the Panama Papers.

Mossack Fonseca’s attempts to open up these accounts for Nexia BT’s client were often frustrated by the fact that the banks were reluctant to deal with politically exposed persons owning shell companies, due to the increased corruption and money-laundering risk.

Documents in the Panama Papers indicate Mr Schembri and Dr Mizzi were planning on receiving monthly payments of €150,000 into their Panama companies.

If the planned injection of funds was going to originate from their pre-existing wealth, as the two men claim, their local banks would have nonetheless noticed any monetary transfers from their local accounts to Tillgate and Hearnville.

The apparent reluctance to even risk informing local banks about what they were doing shows the lengths to which the two government officials went through to disguise their activities.

Nexia BT also failed to inform the local tax authorities about the trust structures they set up for Dr Mizzi and Mr Schembri.

How is money laundering carried out?

Money laundering is typically carried out in three stages: Placement, layering and integration.

At placement stage, the money launderer aims to introduce his ill-gotten gains into the financial system. Shell companies and trusts are one of the favoured vehicles for doing this, as they disguise the owners of those funds.

Evidence of Mr Schembri’s and Dr Mizzi’s desire to disguise their link to any funds generated by their offshore vehicles exists in the Panama Papers, as already shown above.

Next up comes the layering, where the money launderer seeks to hide the origins of the funds and make tracing transactions difficult.

Jurisdictions like Panama are known to be favourite countries for money-laundering activities.

Evidence of this layering technique can be found in the Panama Papers, as documentation shows ownership of the Panama companies was transferred to the New Zealand trusts.

Nexia BT told Mossack Fonseca most of these funds would remain in the same bank account unless transferred up into the New Zealand trust in the form of dividends.

Mr Schembri and Dr Mizzi were in the process of opening bank accounts in the Bahamas for the Panama companies, adding another layer in the form of an additional jurisdiction where funds would have moved through.

For the trust set up by Dr Mizzi, his wife and children were named as the beneficiaries of any funds flowing into it from the Panama company.

This is typical of a trust set-up, where the settlors transfer assets for the benefit of a third-party, divesting them from the person putting in the funds.

Dr Mizzi’s trust was revocable, meaning the minister could terminate the trust and take back the assets at any time.

The trust set up by Mr Schembri has been viewed with more suspicion, as he was both the person settling the funds into it, as well as the beneficiary of those same funds.

A money launderer’s final task is extracting his ill-gotten gains so it can be used without attracting the attention of law enforcement officials or the tax authorities.

No evidence of this stage of the process exists in the Panama Papers, as Dr Mizzi and Mr Schembri’s attempts to open up bank accounts halted as soon as assassinated journalist Daphne Caruana Galizia published her first stories about the scheme. 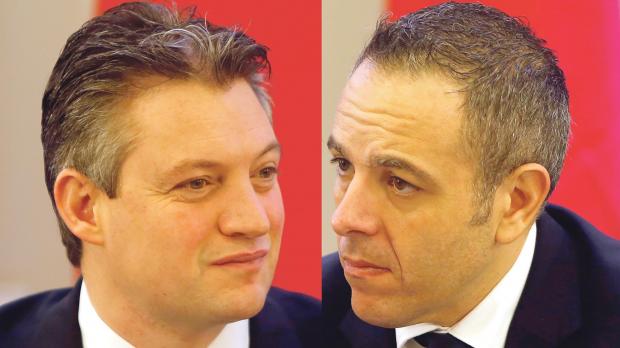 Why are we still writing about this?

The FIAU first asked the police to investigate potential evidence of criminal action in the Panama Papers in April 2016.

Since then, little known action has been taken by the police to mount a serious investigation into Mr Schembri (right) and Dr Mizzi’s actions and intentions. They are not known to have ever been called in for questioning about their activities.

The German federal police passed on Panama Papers documents to the Maltese authorities towards the end of 2017.

Prime Minister Joseph Muscat has spent the past three years sheltering the two men from calls to resign. He has also refused to sack them.