On Friday night, Malta will face fellow footballing minnows the Faroe Islands in their opening Group D3 fixture of the UEFA Nations League.

Fifty-five countries are taking part in the newly-created tournament, but so far many football fans are scratching their heads trying to understand just how it will work – and what is up for grabs.

We’ve boiled the tournament down to its bare essentials, to help you dribble past its most confusing aspects.

Another international tournament? Why?

Because nobody likes international friendlies. Clubs get furious when key players end up injured, those players line up out of a sense of obligation to their flag and fans are treated to 90 minutes of drab football with nothing at stake.

UEFA wants to inject some pizzazz into these friendlies and has therefore decided to make them actually mean something. Enter the Nations League.

So, what is at stake for the national teams?

In a nutshell, a shot at making the Euros. The 16 Nations League group winners will get a spot in the UEFA Euro 2020 play-offs. If they happen to qualify for Euro 2020 directly through the regular qualifiers, the best-ranked teams behind them in the same league will take their play-off berth.

UEFA has split the 55 football federations under its jurisdiction into four leagues – A, B, C and D – based on national team rankings. Each league has then been divided into groups of three or four teams each.

Giants like France, Germany and Spain will inevitably play in league A. Malta is in the same league as Gibraltar, Luxembourg, San Marino and other such countries. No prizes for guessing which letter that falls under. 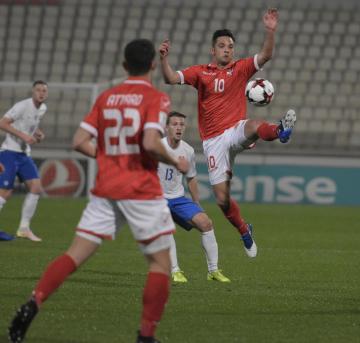 The tournament could give Malta's 11 something more to play for. Photo: Mark Zammit Cordina

What happens to league winners and losers?

The teams that finish bottom of their groups in each league will be relegated and play one league down in the next Nations League. So the four League A losers will play in League B, and so on.

Group winners will, as mentioned before, get a shot at Euro 2020 qualification, but they will also be promoted to a higher league, taking the place of relegated teams.

The group winners in League A will feature in the first Nations League finals, in June 2019, to determine the ultimate winner of this newly-established UEFA competition.

The question is, will unscrupulous nations try to weasel their way into international championships by purposely getting themselves relegated, ensuring they face lower-ranked opponents next time round?

So, who are we up against?

Malta was a third seed (out of four) in League D. The draw pitched up us against Azerbaijan, the Faroe Islands and Kosovo. We will play each team twice in traditional home and away format. The group winner will be placed in a play-off for the upcoming Euro 2020 championship and also be promoted to League C for the 2020/2021 edition of the Nations League.

What if we finish last in our group?

Our UEFA ranking will take a hit and we might end up as a fourth seed in League D next time round – the bottom of the bottom. Teams which come last in their groups in higher leagues will be relegated one league down.

And if we come first?

It doesn't hurt to dream. If the unthinkable were to happen, we would be catapulted into the play-offs for Euro 2020 qualification, be promoted to League C for the next edition and receive €1 million in prize money.

What does this mean for the conventional Euro 2020 qualifiers?

They will take place as usual, but with a simpler format.  The top two teams of each group will automatically qualify. That leaves four spots to be filled - which will all come from the Nations League. Those four spots will be decided through play-offs featuring the 16 Nations League group winners - four winners in each league, from A to D.

That means that one out of Azerbaijan, Macedonia, Belarus, Georgia, Armenia, Latvia, the Faroe Islands, Luxembourg, Kazakhstan, Moldova, Liechtenstein, Andorra, Kosovo, San Marino, Gibraltar or, yes, Malta, will qualify for a major tournament.

Does this mean Italy, England and other giants will never set foot on Ta’ Qali’s turf again?

Not at all. Malta can still be drawn against a footballing giant in the standard Euro qualifiers. The Nations League just means that it will now also play a series of matches against more evenly-matched opponents, with something more than bragging rights at stake.

So no more international friendlies?

There will still be international friendlies, though far fewer than in previous years. Bigger teams might want to play practice matches against teams from other continents ahead of big tournaments, for example.

Will this happen every year?

No. The Nations League will happen every other year, in years when there is no European Championship or World Cup. 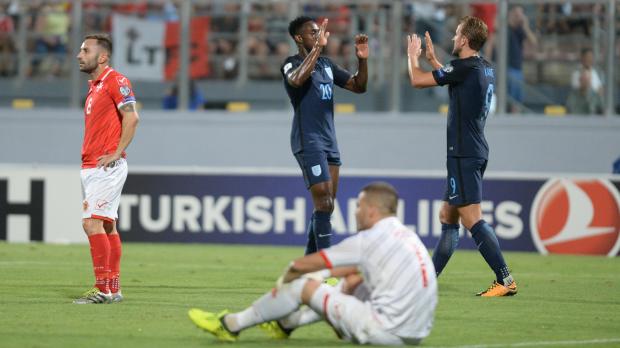