Dozens of glass bottles, car tyres, bathroom accessories, including toilets, were among the items collected from Senglea’s seabed during a clean-up on Saturday morning.

Over 100 volunteers, 40 divers, and 12 people on kayaks came together to the Senglea waterfront and spent over four hours collecting rubbish from the seabed.

The massive Ocean Bed clean-up was organised by QLZH Foundation, the philanthropic arm of environmentally-aware QuickLets and Zanzi Homes. thee

The Deloitte Foundation and Malta Developers Association were the main sponsors behind the event.

It is the sixth year running that the QLZH Foundation, alongside other environmental groups, such as Wave for Change and No to Plastic, organised such a clean-up event.

"The number of toilets, toilet seats, sinks, lights, and fans we found, it's incredible how much stuff there is in the sea," Steve Mercieca, co-founder of the QLZH Foundation told Times of Malta.

He said the foundation carries out similar events each year to raise awareness of over-consumption and disposing of rubbish correctly.

"It's not just about the clean-up, because even if we did this clean up every day for a year, it still not going to be clean. It's more about awareness on taking care of our own stuff, not over-consume things we do not need and dispose of our rubbish in a proper manner." 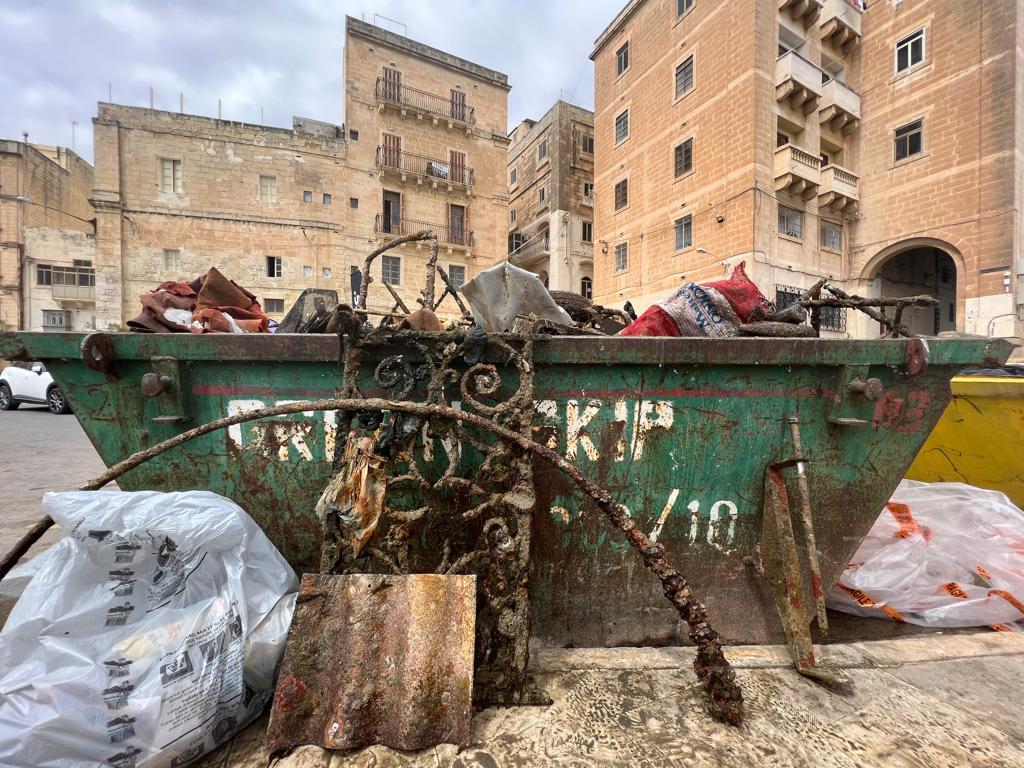 While Mercieca was unable to say how much waste was collected since it still needs to go for waste separation, the volunteers managed to fill three and a half skips.

"Definitely quite a few tons in there, and a lot of glass and tyres."

Following the clean-up, Mercieca had a simple message to share.

"Just take care of your stuff. We share this island together, we share the planet, let's not make a mess, and let's clean up in the proper manner. Don't litter." 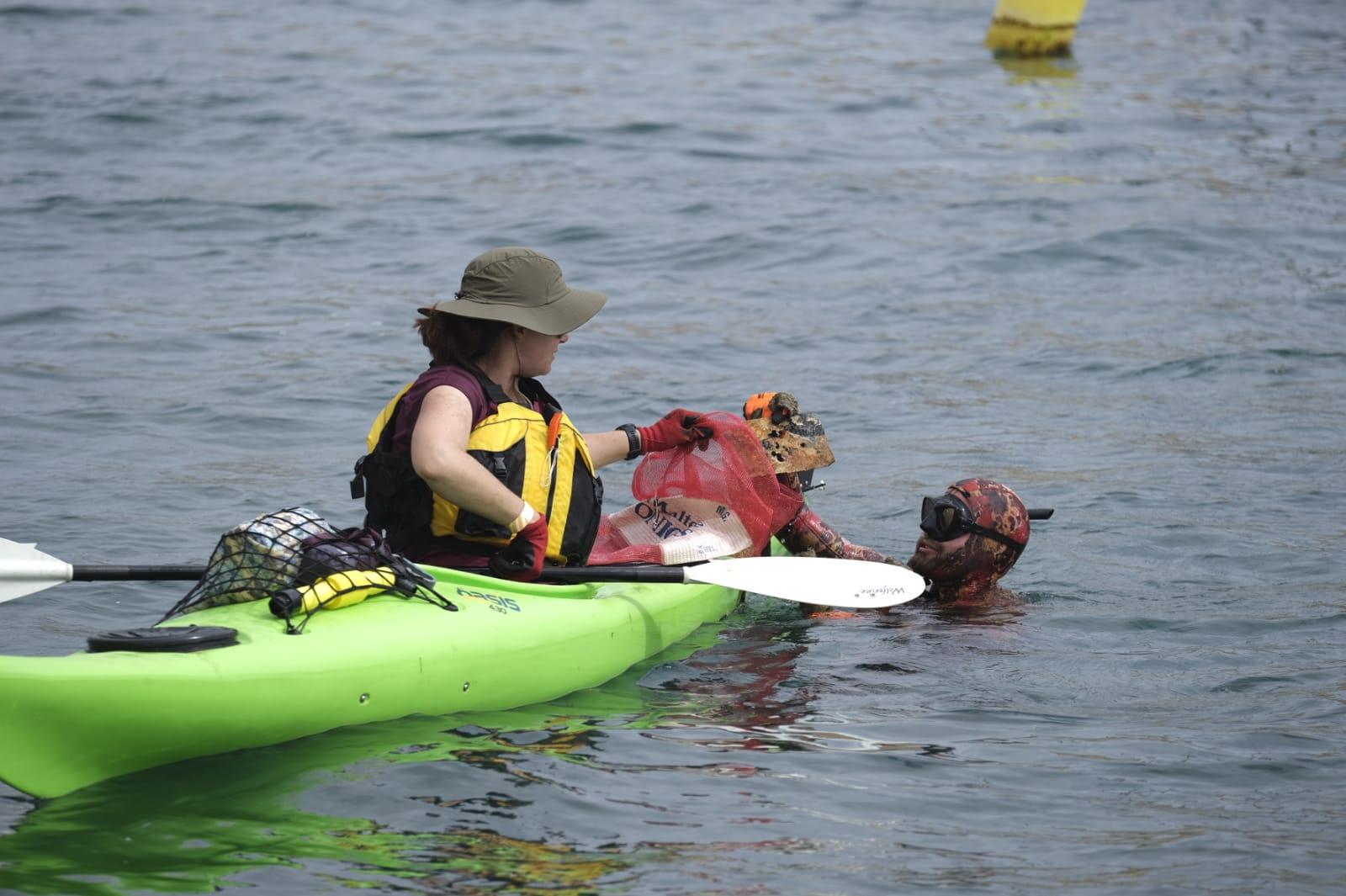 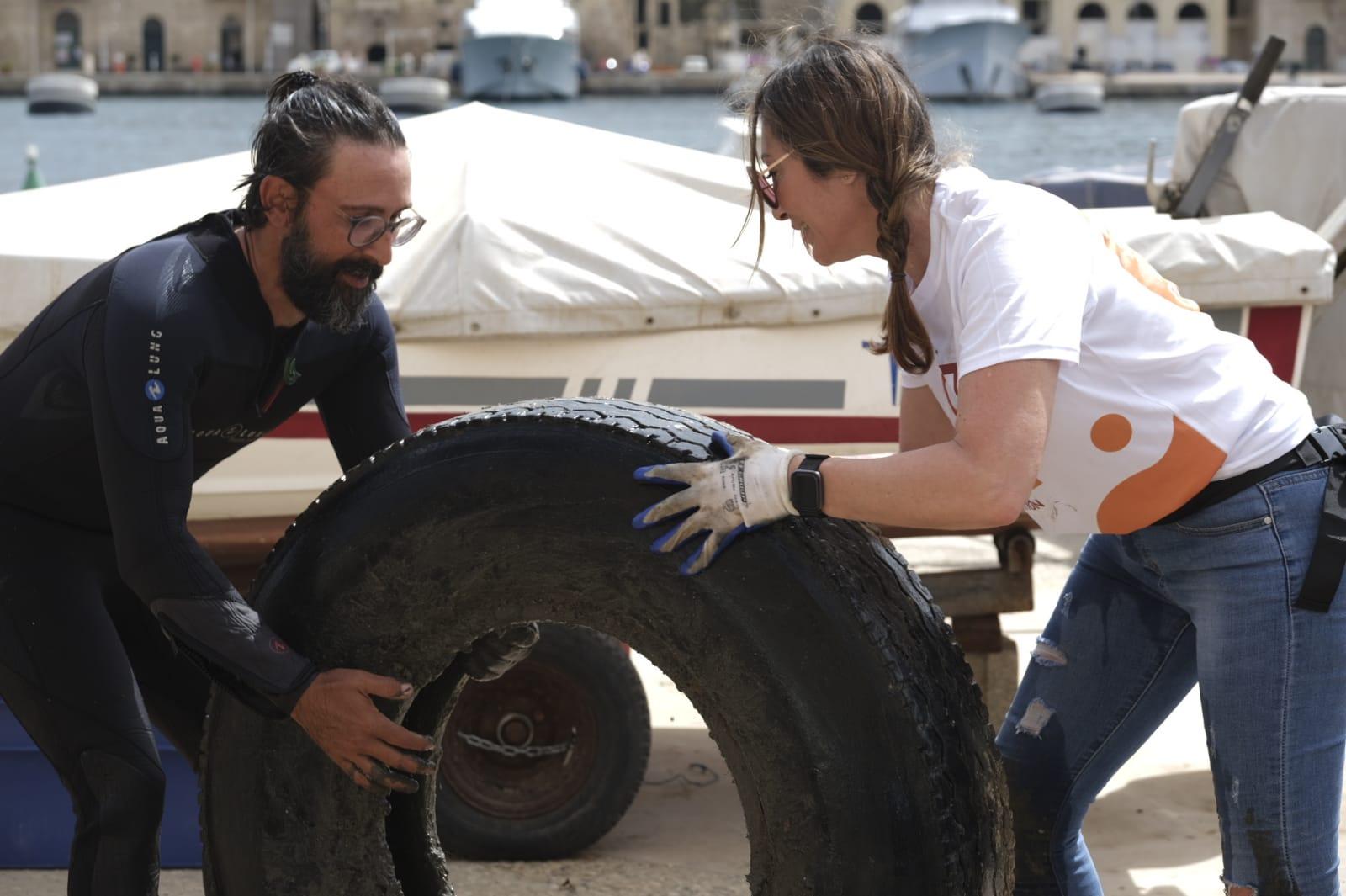 Diver and a volunteer carrying a large tyre out of the sea. Photo: Jonathan Borg