National Cinema Day is being celebrated in cinemas across Malta and Gozo today, with all films released by KRS being shown at reduced admission prices.

For more information and tickets, visit the websites of the local cinemas.

The Eden Cinemas in St Julian’s is currently hosting its first-ever Anime Festival, showing feature-length films of some of the most popular anime series of all time, including Dragon Ball Z, Demon Slayer and My Hero Academia. All films are dubbed in English.

The festival comes to an end tomorrow. German DJ, musician and record producer Robin Schulz will be headlining. 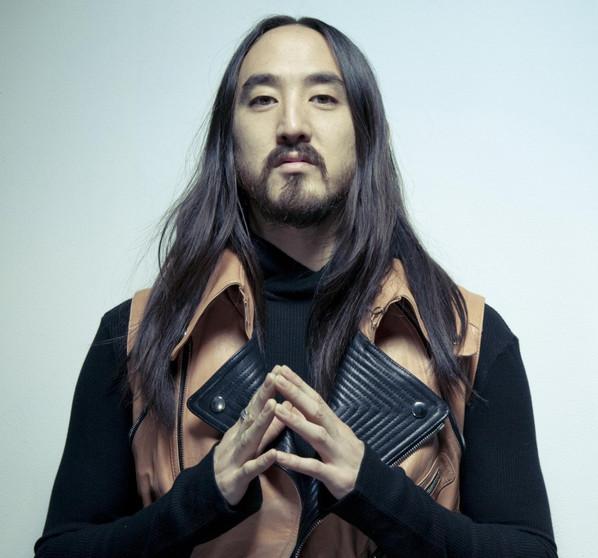 The smash-hit jukebox musical continues its run at the Mediterranean Conference Centre, Valletta.

Created and directed by Sean Buhagiar, based on the music hits of Freddie Portelli and penned by Malcolm Galea with musical direction by Dominic Galea and choreography by Warren Bonello, the musical features most of the original cast of 2019, with some new additions, including Debbie Scerri, Julie Pomorski, Gianluca Mifsud, Sean Briffa and Daron Galea.

Kevin Borg has resumed the lead role of Il-Kredu. 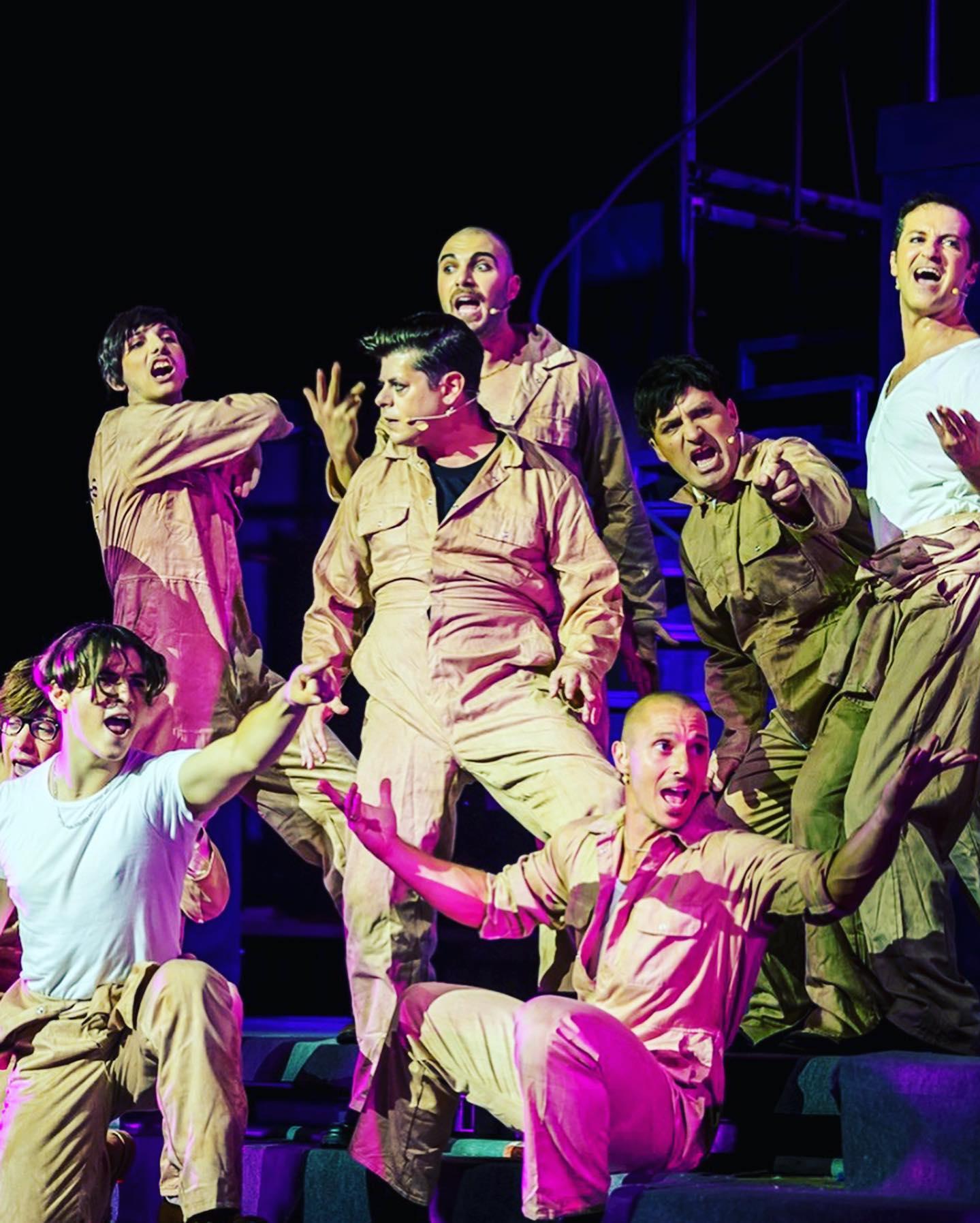 The Farsons Beer Festival, which made a comeback this summer after a two-year hiatus due to the pandemic, comes to an end this evening.

Lisa Gauci, Kevin Paul featuring Ryan Hili and Drakard and Ira Losco will perform on the main stage, while 400PPM,  BNI and Captain Romance & the Danger Dogs will rock the alternative stage. The Casa Electronica area is hosting Joseph Armani.

The event, which features a wide variety of food stalls and beers, besides a night edition of the Eco Market and a children’s area, is being held at the Ta’ Qali picnic area.

Doors open at 8pm and entrance is free.

For more information, including a site map, visit farsonsbeerfestival.com and the event’s Facebook page. 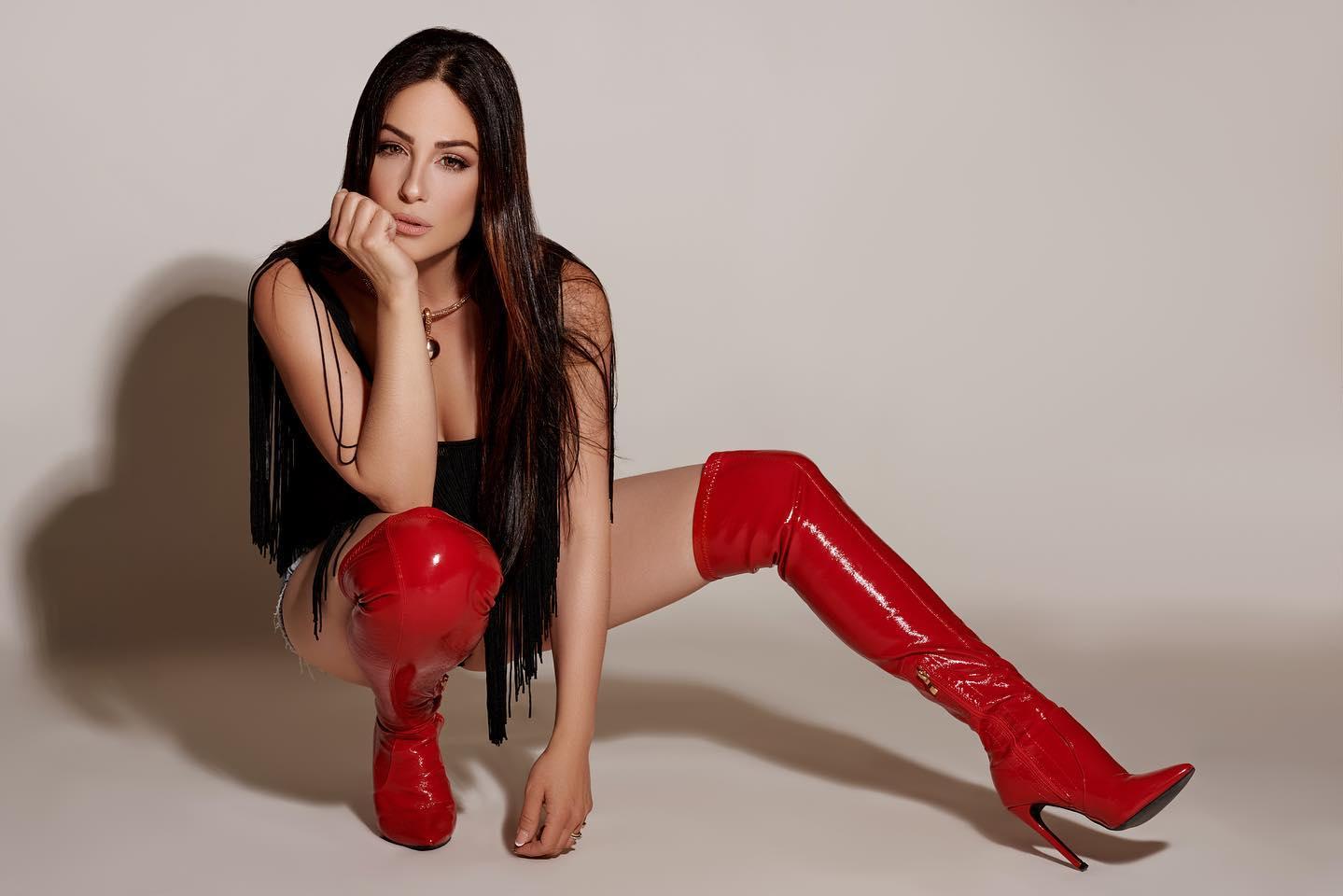 Ira Losco is bringing the Farsons Beer Festival to a close this evening. Photo: Kris Micallef

The Kalkara local council is organising a night of music, craftsmanship and food at Rinella Bay, Kalkara, this evening.

The event will start at 7.30pm with a parade by the percussion group Trakadum. At 8.30pm, Bernie & Pod will perform on a stage set up at the bay, to be followed by Gozitan band Kantera at 9.30pm. 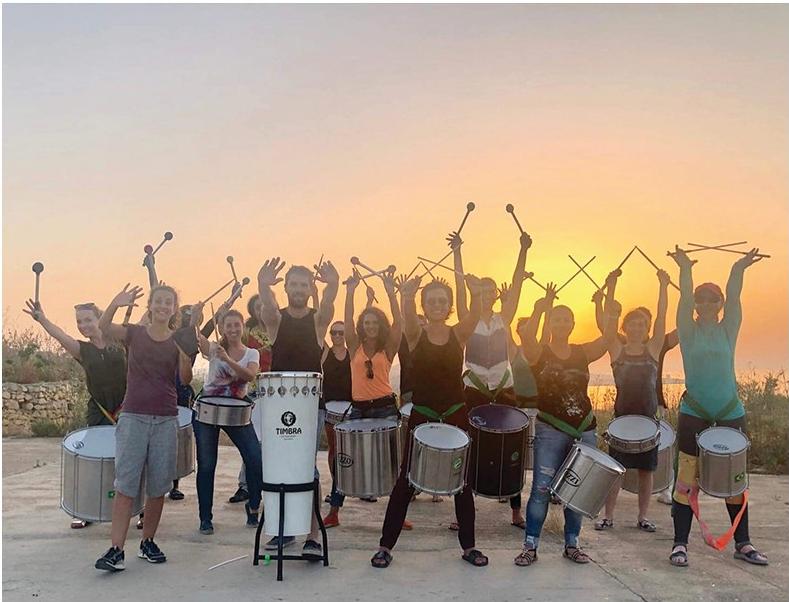 A smaller edition of the Malta International Food Festival comes to an end today.

Entrance is free of charge, but one has to purchase a token card and redeem the credit in food and drink products. Patrons will also be awarded a number of €15 worth of discount vouchers to be spent in a selection of restaurants across Malta.

Shania Sciberras, Wayne’s World and Golden Oldies will be entertaining the crowd tonight, while children can join various activities in a designated area. Those under 12 years are being given a free ticket to the Malta National Aquarium.

Malta Public Transport is offering a shuttle service from the Mġarr Ferry Terminal to Xewkija Square till midnight.

The event is supported by the Ministry for Gozo. For more information, visit the event's Facebook page.

A series of guided luncthime tours at Palazzo Falson in Mdina have been extended until the end of August.

The tour highlighs objects linked to the Order of St John, but one may also admire the rest of the museum's significant collection that is specifically displayed to capture and reflect the life and taste of Captain Olof Gollcher.

Bookings at a suggested donation of €10 can be made by e-mail on bookings@palazzofalson.com or by calling on 2145 4512. One may also come to the museum 10 minutes prior to the tour, which starts at noon.

Gustav Café is open to guests for refreshments on the rooftop terrace of the museum.

A photographic exhibition capturing the human side of war by photojournalists Darrin Zammit Lupi and Heidi Levine runs at the  Malta Enterprise offices in Pietà until August 10.

Funds raised will go towards Ukrainian refugees in Malta and the building of ‘Becs’ Junior Secondary school in Ethiopia, in memory of 15-year-old Rebecca Zammit Lupi who died in 2021 from a rare form of cancer.

Curated by Roderick Camilleri, the exhibition is open until August 11 at the Art Galleries of the Malta Society of Arts at Palazzo de la Salle, Valletta.

Read the Times of Malta interview with Patrick Dalli here. 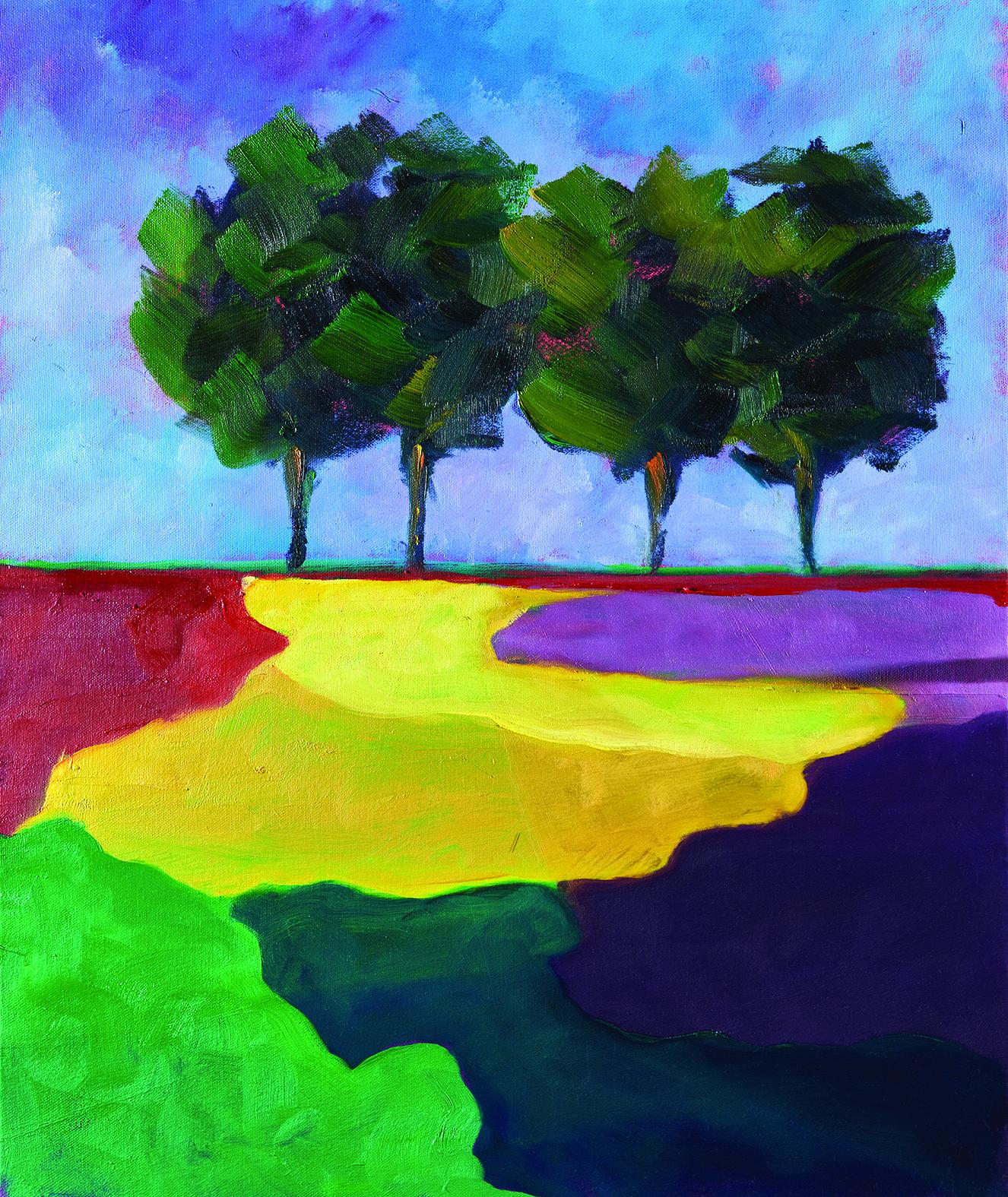 One of Patrick Dalli's artworks on display at the Malta Society of Arts.

A photographic exhibition organised by the Malta Sports Journalists (MJSA) is open at the Parliament House foyer until August 12.

Thirteen MSJA member photographers took the 78 photos on display. These cover several disciplines in local and international sports events during the past months or years.

A collective photography exhibition at the Valletta Contemporary invites the viewer to move through contrasting environments that provoke a multiplicity of perceptions. These range from expansive radiant deserts, to shadow-lit, barren caves, urban parks at dawn to vacant urban architecture at dusk.

The exhibition runs until August 13. Opening hours: Wednesday to Saturday from 2 to 7pm. For more information, visit www.vallettacontemporary.com/.

Read the Times of Malta interview with the artists here.

An exhibition of watercolour works by Sarah Calleja inspired by Grand Harbour and its stories is on at Il-Kamra ta’ Fuq in Mqabba until August 15.

The gallery is open weekly from Mondays to Saturdays from 6am to noon and on Sundays from 7am to noon. More evening hours are announced weekly on Il-Kamra ta’ Fuq Facebook page.

Read the Times of Malta interview with Sarah Calleja here.

Memories of My Island

A Maltese photographer based in New York, Nicky Conti, is presenting a collection of street photography at the Malta Postal Museum & Arts Hub in Valletta, until August 13.

Her photography draws upon memories, capturing moments in time. The photographer invites the public to create their own memories while rekindling old ones through hers.

The Malta Postal Museum & Arts Hub in Archbishop Street, Valletta, is open from Monday to Friday from 10am to 4pm and on Saturdays from 10am to 2pm. Entrance is free. For more information, visit the museum’s Facebook page.

Read the Times of Malta interview with Nicky Conti here.

A collective exhibition of ceramic artworks has opened at the Cittadella Cultural Centre Hall 2 in Victoria.

During the exhibition days, the ninth edition of the Gozo Ceramics Festival will be held in Xlendi tomorrow, August 7. The festival will include live demonstrations by ceramic artists, live folk music, street art and Raku firing.

The exhibition comes to a close on August 26. For more information, visit the Gozo Ceramics Festival Facebook page.

An art exhibition aiming to promote minorities and the environment has opened Victoria.

A Healing Journey: Redefining Environmental Challenges forms part of a project which visual and conceptual artist Mary Rose Saliba is conducting with a group of senior citizens in Gozo named SMART.

The study is envisioned towards the self-discovery of dormant talents, as well as enriching the emotional well-being of minorities and marginalised people to help them integrate and gain their voice in society.

The SMART team’s exhibition features mixed media artworks that include samples of earth, soil, rocks, stone, dried leaves and tree trunks which the group have collected during walks in the countryside as part of the project.

The exhibition is open until August 28 at the Banca Giuratale, Independence Square, Victoria. One may visit from Monday to Friday between 7am and 2.30pm and on weekends and public holidays from 9am to noon.

Claire Farrugia is presenting her first solo exhibition at The Palm Court Lounge at The Phoenicia, Floriana.

Consisting of works on paper, panel and canvas, Polymorphs shows the artist's concern with the fact that the online portrayal of imagery that the public consumes is often far from the truth; most of the time, it is actually a made-up form of reality.

The exhibition focuses on ‘human polymorphism’, with the subjects presented in a natural stance and with a filter using a mobile app.

Polymorphs is open throughout the month of August. Entrance is free. For more information, visit the exhibition’s Facebook page. 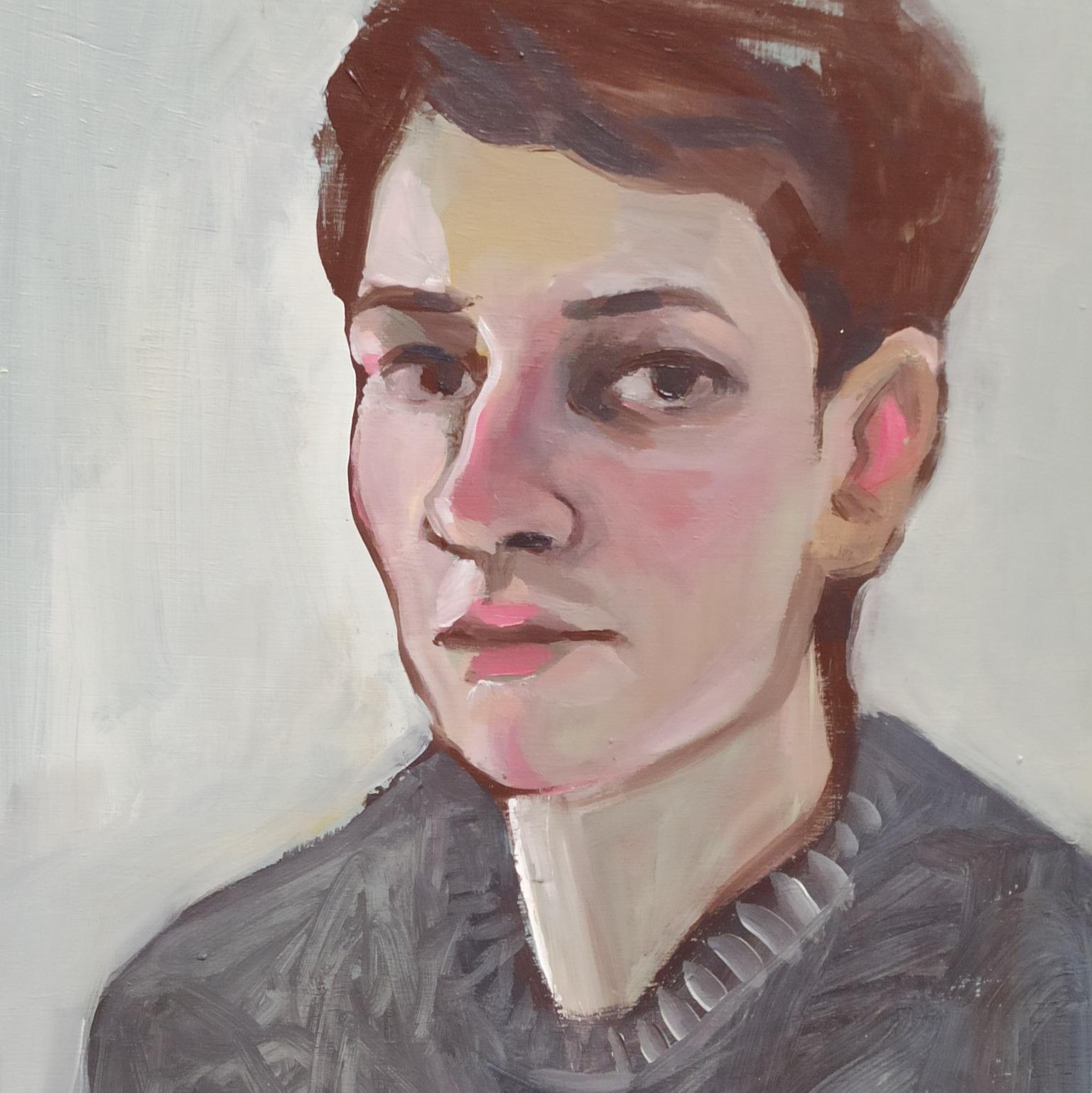 A colourful stone sculpture exhibition by Antoine Farrugia is open to the public at the Phoenicia Hotel Deep Nature Spa.

Read more about the exhibition here.

An exhibition presenting the results of a scientific investigation of materials and techniques used in pottery making during Maltese prehistory is open at the National Museum of Archaeology. The exhibition runs until the end of August. Opening hours: Monday to Sunday from 9am to 4.30pm.

After a seven-year hiatus, artist Tonio Mallia is presenting a new series of works that reimagine a world shaken beyond its tipping point, where the tensions between the human and natural world are no longer at play, nor are they creative or life-giving; they have devolved into a tyrannical order in which mankind becomes subject to its own freedoms.

The exhibition, curated by Giulia Privitelli, is open at MUŻA – Museum of Fine Arts in Valletta until September 11. For more information, visit muza.mt. 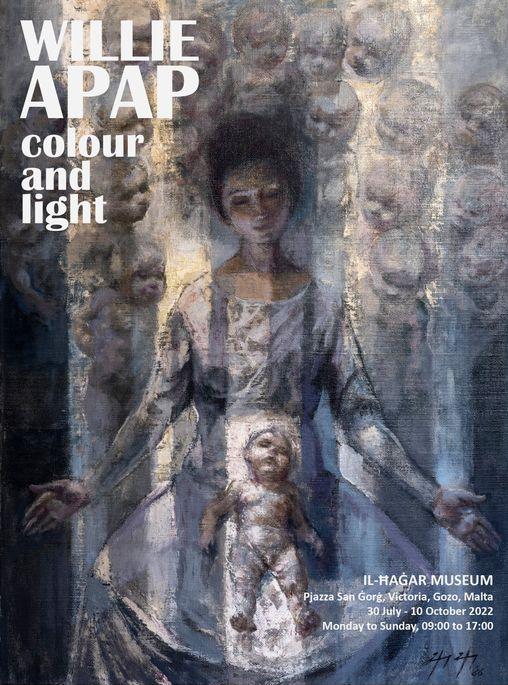 A retrospective exhibition of works by Willie Apap (1918-1970), considered one of Malta’s leading exponents of 20th-century art, is open at Il-Ħaġar – Heart of Gozo Museum in Victoria.

The 70 works on display feature portraits, landscapes and still-lifes, dancers, human figures, sacred and ethnic works in oils and inks, and are accompanied by a lavish 100-page GEMS # 20 catalogue.

The exhibition, curated by Maria Cassar, runs until October 10. Opening hours are from Monday to Sunday from 9am to 5pm. Entrance is free.

The exhibition is supported by the Malta Tourism Authority and the Gozo Ministry’s Cultural Directorate. For more information, visit the museum’s Facebook page.