The ‘State of the Nation’ survey, published on Friday, aimed to explore the values, norms and aspirations that define the Maltese. The survey, piloted by statistician Vincent Marmara, is part of President George Vella’s efforts to look into ways in which Malta can improve its social and political relations. Claire Farrugia and Giulia Magri asked experts to comment on a range of results.

“This survey presents us with numerical data that is unequivocal; the majority of the Maltese electorate seems unwilling to venture into new political territory. For the core vote, switching to another party is anathema, and for political parties these are ‘easy bait’ – no convincing needs to be done. I am not surprised there.

Recent history has shown us that the two-party system consolidated itself, and this figure is a confirmation of that.

Twenty-seven per cent demonstrate a likelihood of considering another political party: this is in line with the percentage of floaters usually recorded. So no, I am not surprised by these numbers.

I found it significant that 48 per cent of students ascribe no importance to politics in their life. Are students alienated by contemporary politics? If yes, why? Aren’t there important issues they can engage with? If they are not engaging, what’s keeping them back?

One of every two individuals retain that politics is an essential component of their life, a panacea for daily problems, an instrument of hope for their future. This places more responsibility on political parties as it might be easy to take these people for granted.

Some numbers seem to confirm existing reflections on Malta. The dichotomy between what is Maltese and European is overwhelmingly blatant. Only 11 per cent of Maltese associate themselves with Europe and 40 per cent are doubtful on multiculturalism, a further indication that we are still ambivalent Europeans.

My biggest surprise is that a country where 90 per cent profess they believe in God and 60 per cent say religion is important, places ‘solidarity’ at the lowest of their preferences. The contradiction is glaring, if not, ironic.”

“The impact of Malta’s size and how this factors into our politics needs to be studied. We are not studying the ‘why’. We always look at what is wrong but never why this is.

It is not easy to change the system. We need a plan for change, otherwise, we keep going round in circles.

We also need to focus more on areas that can be bipartisan. We need people to start rallying behind an issue as a nation, not just behind political parties.” 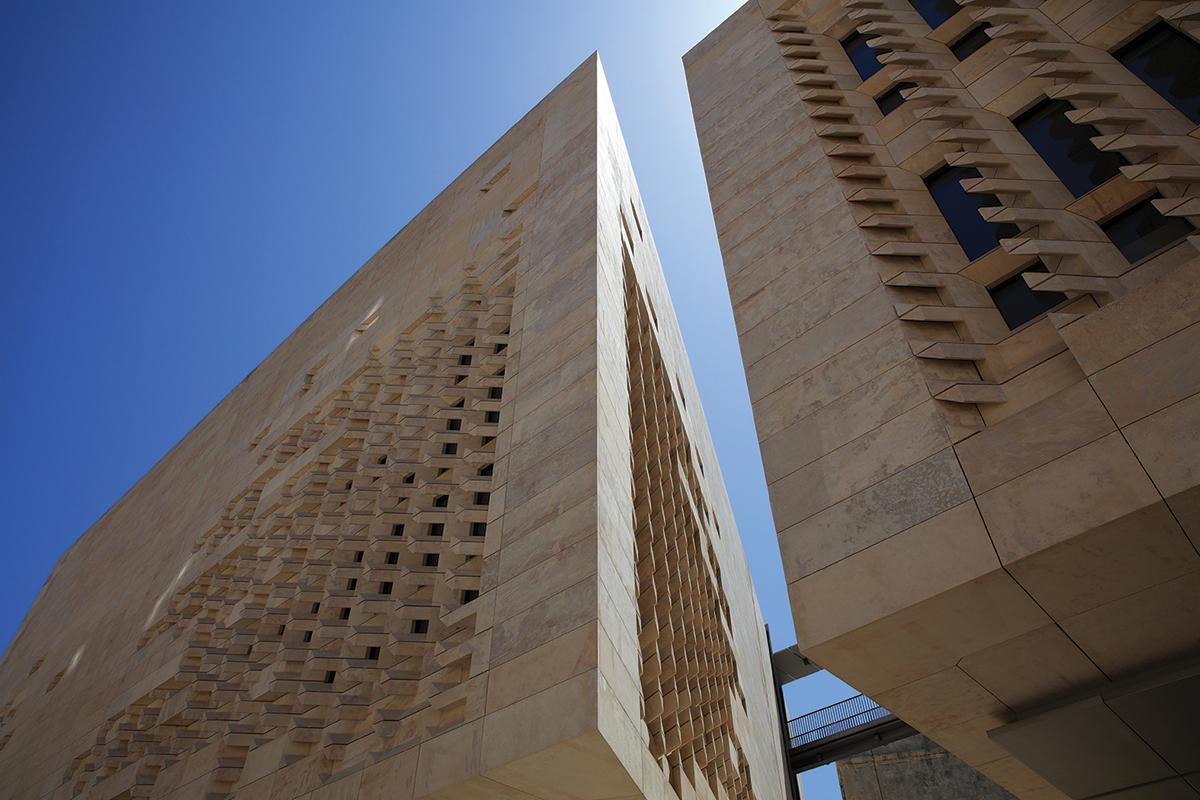 One of every two retain that politics is an essential component of their life. 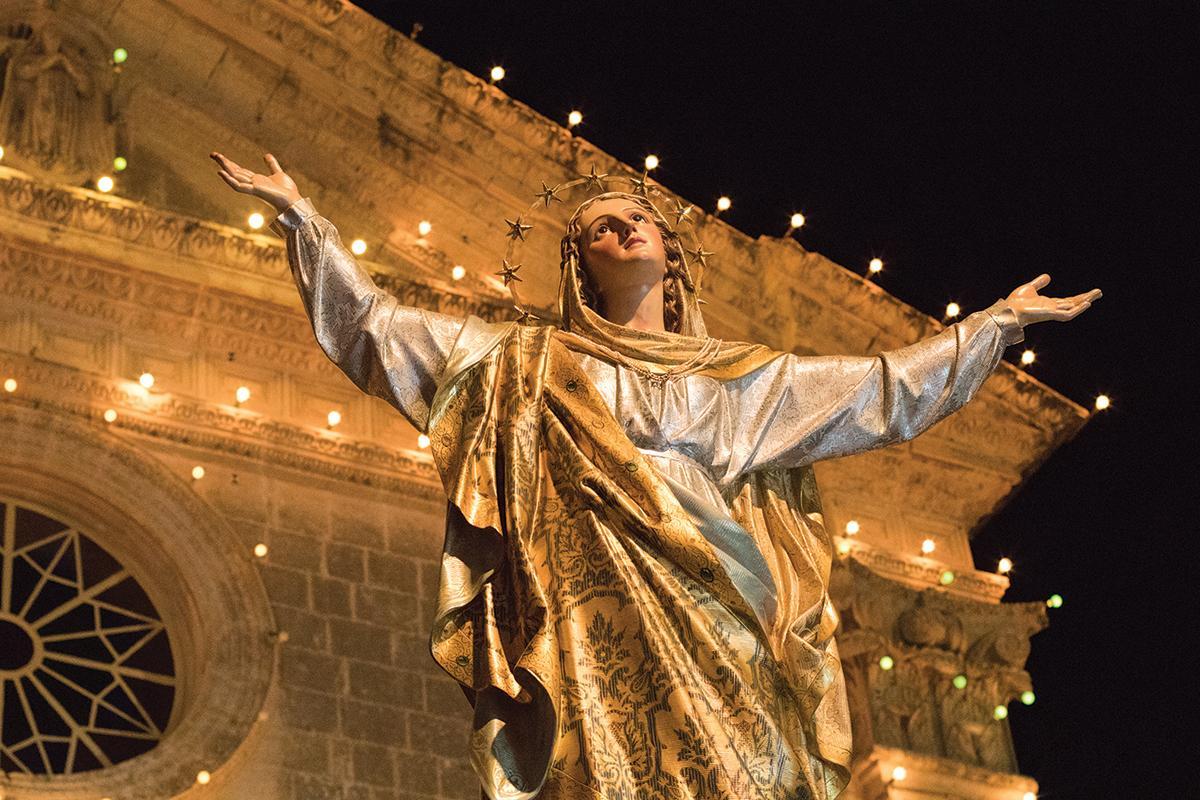 60 per cent say religion is important to them.

“It is difficult to judge whether the result is indeed positive or negative. I do not take a negative view that 74 per cent of youths see religion as something important in their life. Actually, faced by certain claims that youths today have lost interest in religion, the results clearly shows otherwise.

One person who does not say religion is important to them should be a concern, let alone 40 per cent.

However, one needs to better analyse why. Unfortunately, it is a common trend in various countries that when people feel more financially strong and independent, for some, God and religion become less important, until some serious calamity affects them or people feel they need to turn to God.

Malta also has a particular social reality that we cannot ignore. For political or historical reasons, some people believe in God but do not feel part of the Church, still bruised by the Church-Labour party clash of the 60s.

On the other hand, the fact that people still believe in God gives hope that at some point in their life they also discover the beauty of the sacrament, reading of the Bible and being in community with other believers.

The Church needs to invest more time and energy to do pastoral work among the faithful but more so towards the youths who are eager to have a genuine encounter, and families, especially in their struggles.”

“The survey confirmed previous studies that have shown that God and religion are an important aspect of the lives of Maltese people.

The Church in Malta is committed to continue its mission to bring the Good News of the Gospel to society, and to engage with people who feel they do not belong.  Young people and families are invited to experience God, who brings fulfilment and the change society longs for as it continues to evolve.” 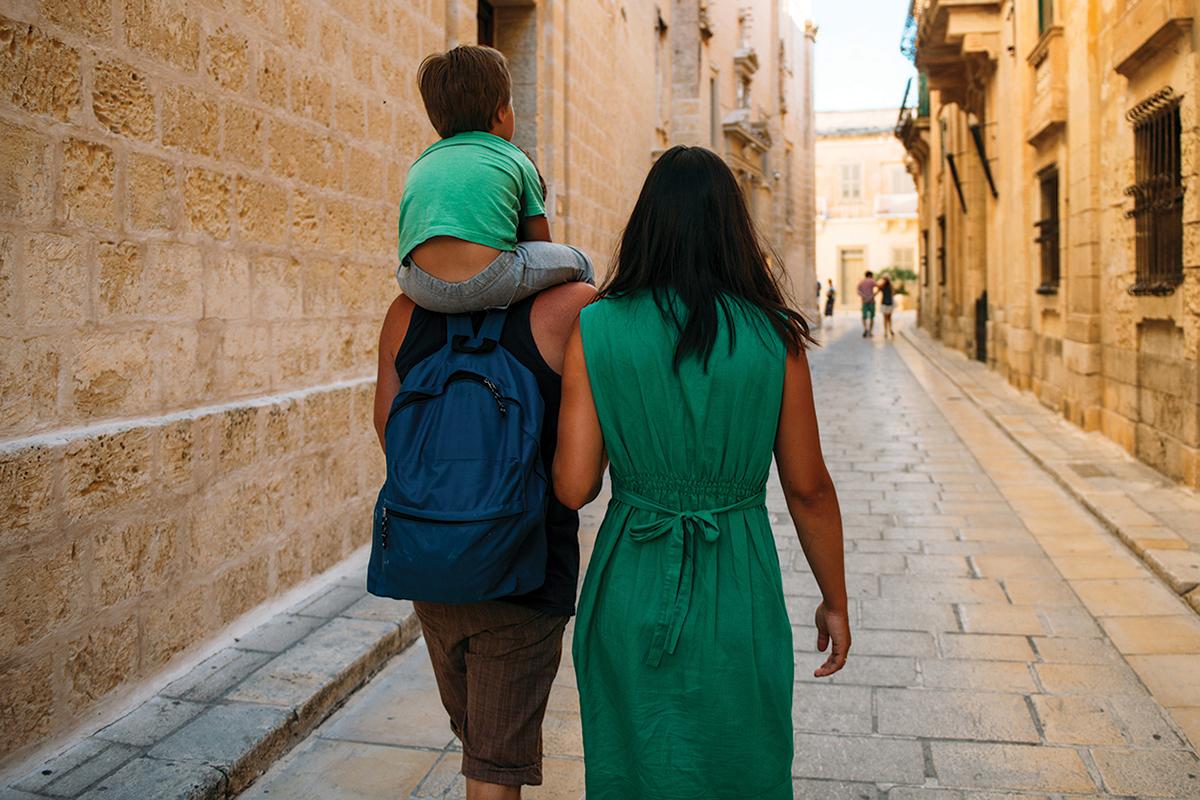 Married couples are slightly less likely to say they felt happy in life.

• Married couples are slightly less likely to say they felt happy in life when compared to single people (63.6 per cent vs 65.1 per cent)

“Really, 65 per cent and 63 per cent are within the margin of error so I personally see no difference between the two. We should ask the question, what does ‘not married’ mean? People who are not married can still be in a long-term relationship or in a relationship that brings a lot of value and happiness to that person.

Simply dividing respondents as single or not married needs further analysis. Firstly, usually people tend to be healthier and happier if they are in a relationship; irrespective if married or not. People who are more integrated in their community live better lives. The survey reflects that the respondents place a lot of importance in their locality, relationships and families.

This survey also shows that widows or divorced respondents are not as happy. We need to look into why they are not satisfied. Could one of the reasons be because of the lengthy court procedures for child custody? Could it be domestic violence? Economic issues? It could also be that people are linking the question of happiness to their status.

While this is a very important survey, it requires follow-up discussions and surveys. Given that our population has grown in the past years, we need to analyse the integration and sense of community of the thousands of non-Maltese residents living here.

When it comes to youths saying they are happier and more successful, this too needs more analysis, but it could be because of increased opportunities and rights. Even more so when the survey shows the importance of both the local and global, and freedom ranked as the highest value for students.” 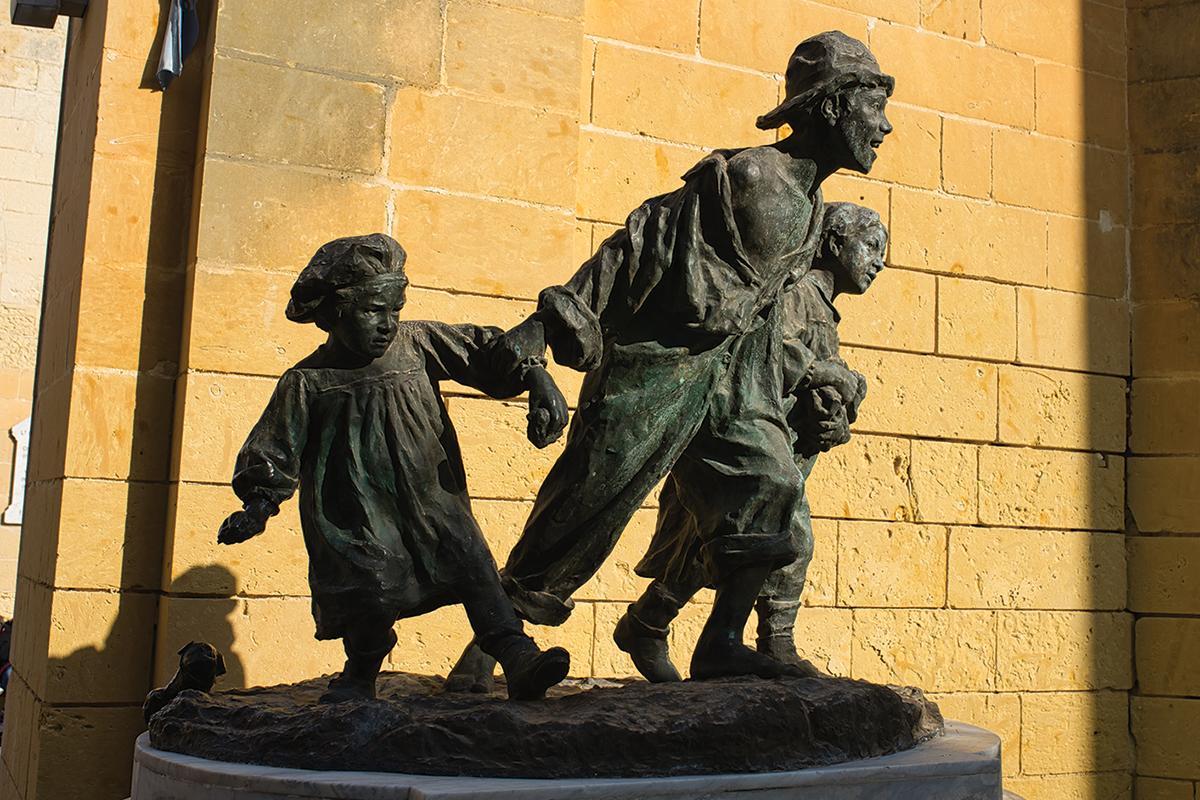 Replica of Antonio Sciortino’s Les Gavroches at the Upper Barrakka.

• Majority not in favour of multiculturalism, with just nine per cent saying they are comfortable with it

“I think the results point to a nation or a population in transition and a problem that is far more insidious.

The past 30 years have witnessed a shift from an insular island mentality to a more globalised approach, looking outwards. Life is much faster, the world more interconnected than ever before, borders have opened up for investment, information and cultural exchange, products and human mobility. We are exposed to global risks, change is sudden, lives are more precarious, resulting from an intensification in the use of technology and neoliberal globalisation.

The PN opened economic borders in 1987. Other markers of change include EU accession in 2004 and the neoliberal laissez-faire cosmopolitanism of the Muscat government.

Young people will be more open to these changes as this is all they know, they are in their comfort zone, living in a globalised world.

Also, Maltese youths (citizens, not migrants) are multicultural and multi-ethnic.

Just look at our classrooms. Multiculturalism isn’t something happening ‘out there – to us’, it’s part of who ‘we’ are as a nation. Consecutive governments have blamed the ills of society on migrants (particularly those of colour), so a resistance to multiculturalism obviously comes as no surprise, in that we treat it as the source of the problem.

The ‘Maltese’ are far from ‘culturally’ homogenous. In doing so we conveniently divert attention away from the economic model (and a particular form of cosmopolitanism) and the destruction it has wrought, including (not limited to) heightened individualism and loss of community, environmental destruction, increased inequalities, and corruption.

These changes are as hegemonic as they are normalised and toxic – perhaps this is why we continue to ask about multiculturalism and religion as markers of the state of the nation, rather than ask about our reliance on cheap exploitable labour, the environment, construction and corruption.”