Nearly two in every three legal guardians of mental health patients have no idea what treatment their loved ones require, the Mental Health Commissioner has revealed.

In his annual report for 2017, Commissioner John Cachia said that interviews conducted with responsible carers – relatives or friends of mental health patients legally entrusted with their care – had exposed worrying shortcomings in the system.

Although 80 per cent of these relatives and spouses interviewed knew what their legal duties entailed, more than half, 57 per cent, complained that these had not been explained to them by the authorities. 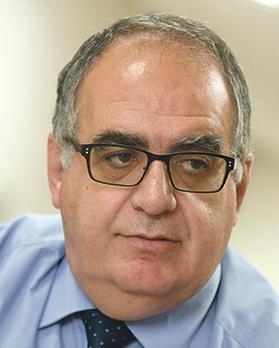 An even more alarming 63 per cent said they had not even been informed of what treatment the patient needed.

“These results indicate an urgent need for the responsible carers to be better involved and empowered to carry out their full duties in this crucial area of patients’ rights,” Dr Cachia said.

Around two thirds of staff in mental healthcare facilities meanwhile, raised concerns about their level of training on patient rights.

Certain requirements by law which could easily be implemented - such as proper consent taking and the appointment of a responsible carer, were still not being done ubiquitously, the Commissioner said.

Around 60 per cent of responsible carers interviewed by the Commissioner had not heard of Mount Carmel Hospital’s Customer Care Unit, and more than half did not know how to contact the unit.

Even more, around 57 per cent, had not heard of the Commissioner for Mental Health either.

On the whole, patients today appeared to be more aware of their condition and their rights and were more ready to speak up, Dr Cachia said.

Nearly three quarters of patients knew the mental condition that they suffered - an improvement over previous years.

Dr Cachia's annual report says that 43 per cent of patients at Mount Carmel Hospital felt the food served was inadequate.

To make matters worse, the canteen prices were deemed to be too expensive by "a number of patients".

Nearly one in three complained that their bed was uncomfortable, and 54 per cent said the toilets and washing facilities lacked privacy.

All these and other findings concerning the hospital were shared with the management, Dr Cachia said, adding that they had pledged to take remedial action.

'Too disturbed to give consent'

In the interviews, nearly half of patients said they had signed a document accepting that treatment be given, but a file review found that in fact 84 per cent had in fact signed these forms.

Dr Cachia recommended a review of operational procedures since patients may be too disturbed at admission to remember that they had actually signed consent.