The news cycle in Malta is a strange thing and when I say strange I really mean shameful. Same goes for the comments posted on social media really.

I honestly don't understand how someone can go from "oh thanks be to God, they found them alive" when referring to the duo lost near the Blata tal-Melħ to "it's her fault she's being filmed, she shouldn't have had drugs" when talking about the video of the troubled woman making the rounds this morning. 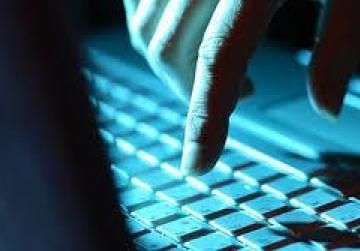 The kind of comments I've seen under that particular news article are beyond disgusting, and the saddest part is that some of them come from other women.

We don't know what happened and, honestly, I really hope we never get to know but three things are certain.

1) what happened this morning should have never been filmed. I don't care about this being in a public space, no one has the right to get their smartphone out and film what was clearly a private moment. What happened was definitely not newsworthy and it wasn't in the public interest.

What happened this morning should have never been filmed.

2) the video should have never been posted online and then continued gaining massive reach through news organisations. LovinMalta eventually realised that the video was in poor taste and pulled it but, three hours after the incident the video was still available on One News. For the reasons mentioned above, news sites should have decided against sharing this video. Kudos goes to this news organisation about their decision not to spread this video.

3) whoever you are, writing your comment comfortably from behind that keyboard or smartphone of yours, you have no right to judge. The only thing you should be typing is your disgust towards whichever media organisation decided to share the video, other than that you should really be keeping your ugly thoughts to yourself. None of us is in that woman's shoes so none of us should really be judging.

And for all the CSI investigators out there, maybe get a hobby and stop coming up with theories of what might have happened to this woman. It's really none of your business and your postulating on the situation is not adding anything of value.

I cannot believe that it's 2017 and these things are still happening. Is this the kind of respect we have towards a fellow human being? Is this the way we want our sisters, our mothers, our daughters to be treated? No wonder Malta is so far behind when it comes to gender equality. When a woman in distress is so easily objectified just for a matter of clicks you know that, as a country, we have a long way to go.