This is the second article in a three-part series. Read part one.

That Victorian Malta had an abundance of buildings painted red cannot be doubted. What is more problematic is to assert with certainty what buildings in particular turned red during that period.

Documentary evidence does not help, as almost never does a description of a building include the colour of its masonry. We have to rely exclusively on physical elements – remnants of the red colouring still showing or on visuals – old photographs, paintings or drawings.

Some buildings went on being repainted red long after the fashion had ebbed, like the Red Tower outside Mellieħa. In others, traces of the red colouring are still visible, like some corners of the Palace façade in Valletta, much more conspicuous before the recent restoration.

Evidence from old photographs can sometimes prove unreliable. Commercial colour photography only started around World War II; before, photographic images came in monochrome or were hand-tinted.

Earlier photographers used orthochromatic emulsions, green and blue sensitive, levelling out the other colours. When panchromatic took over, all the colours registered differently and discerning red in a black and white photo became easier.

This is to say that my reading of red can sometimes be doubtful. 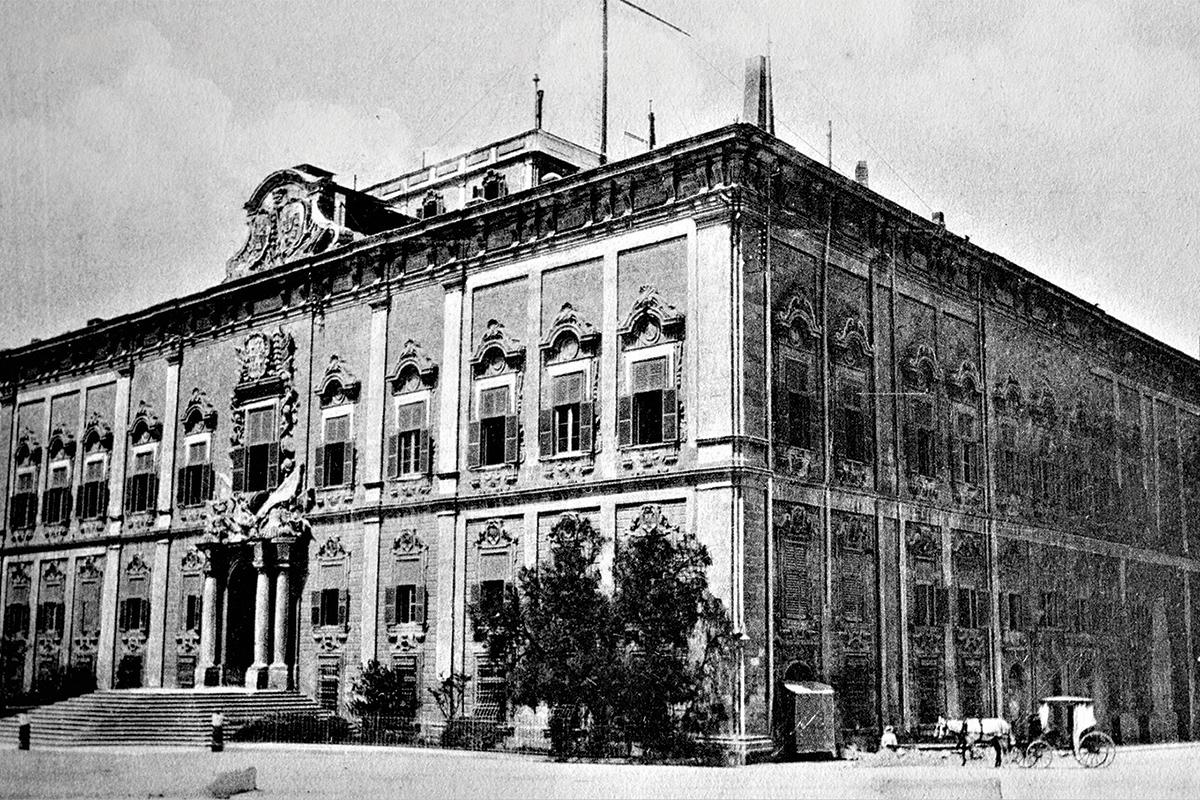 There are indications that Castille Palace may have been painted red round the turn of the century but this is still not sure. 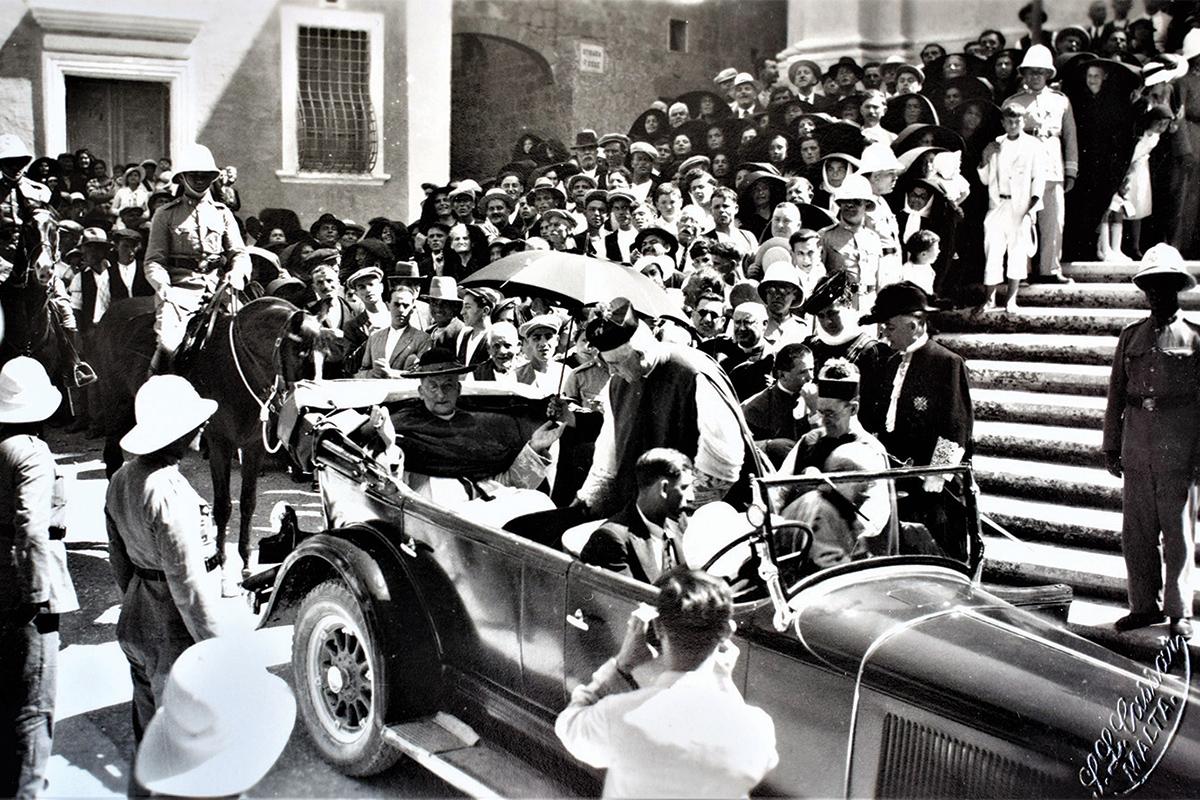 Mgr Michael Gonzi as bishop of Gozo in 1924. Note the façade of the Gozo law courts in the Victoria citadel painted red. 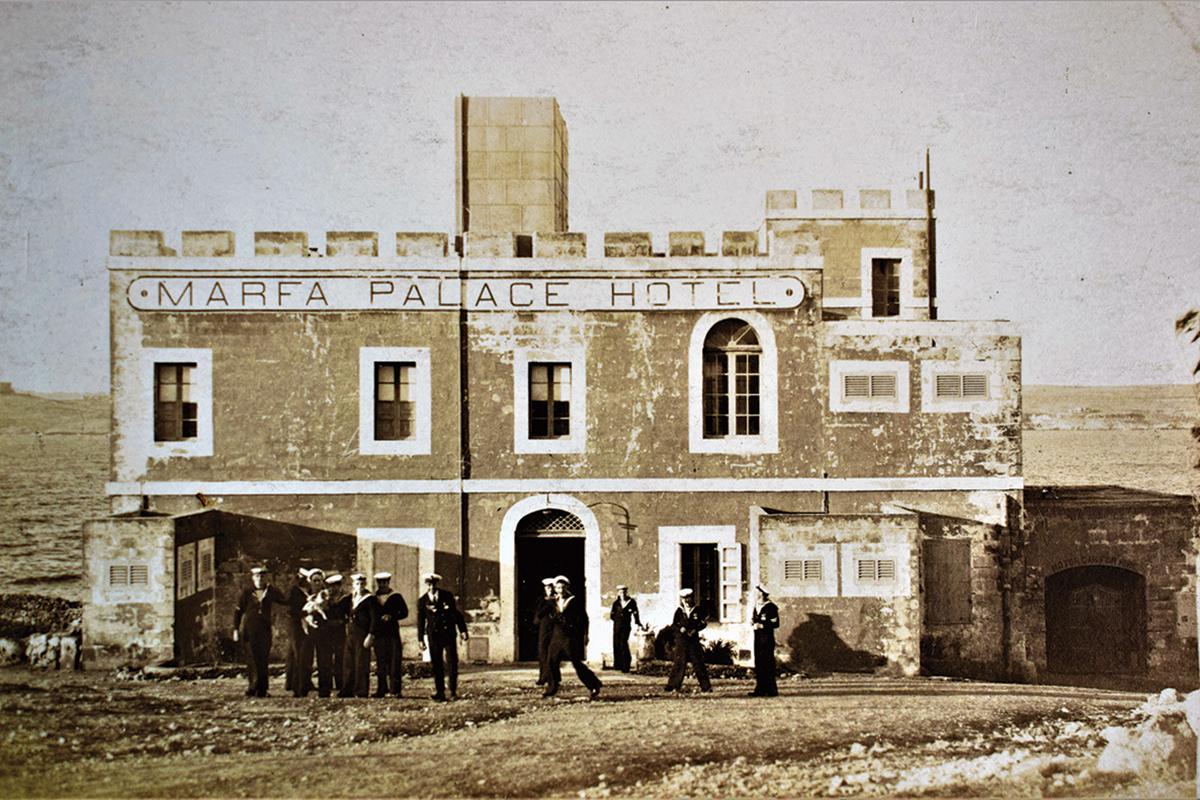 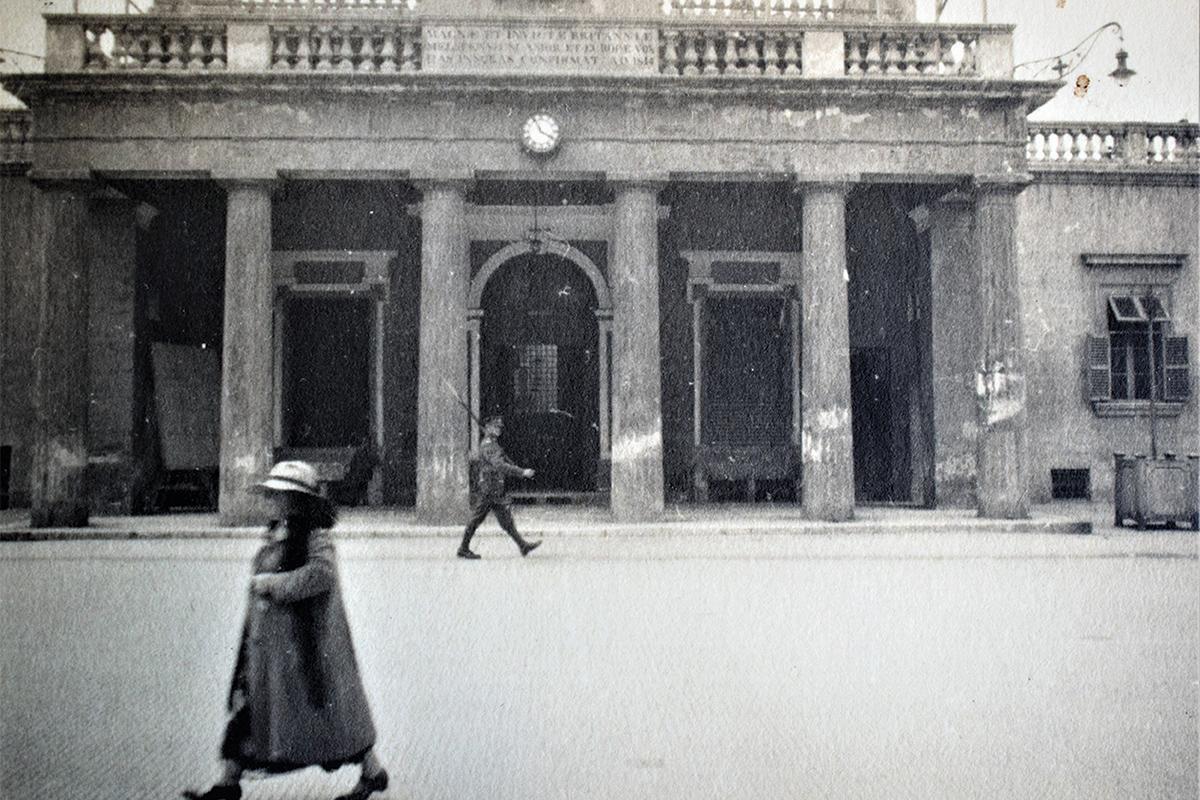 The Main Guard, opposite the Grandmaster’s Palace, was also painted red. 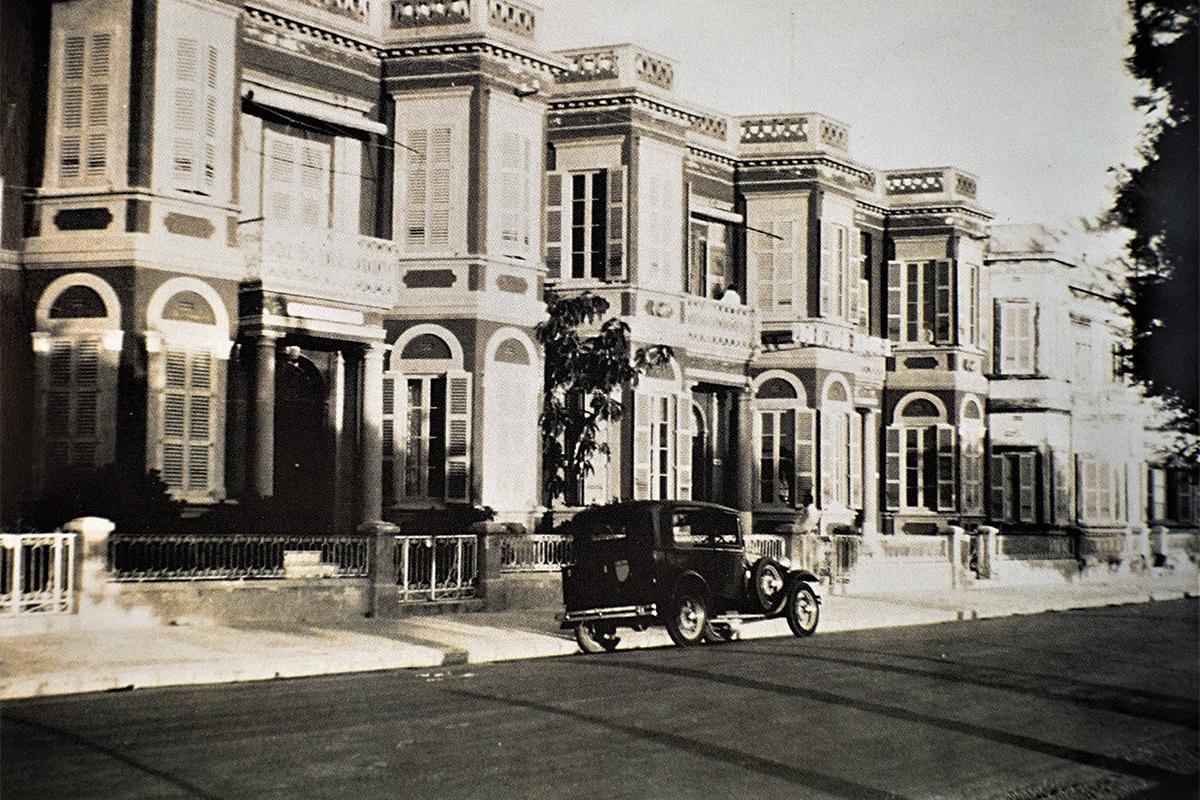 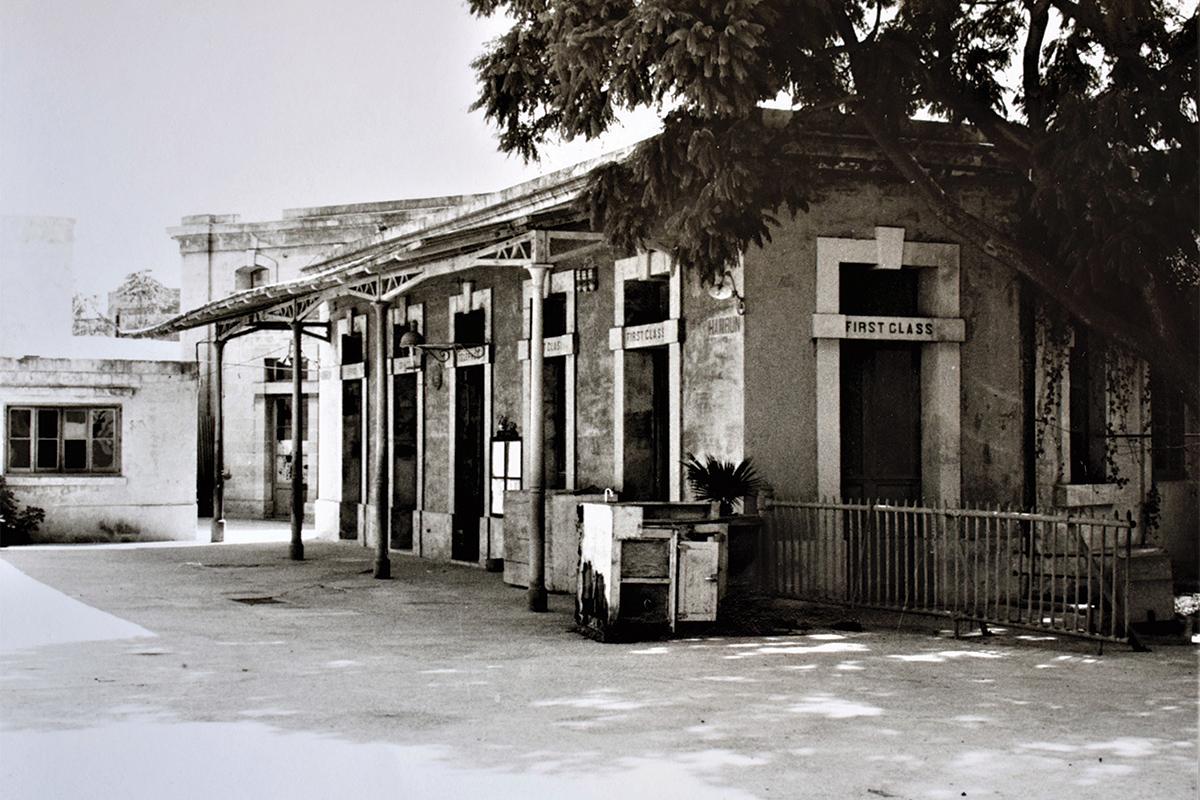 The Ħamrun Railway Station in 1967. All the railways stations were painted red. 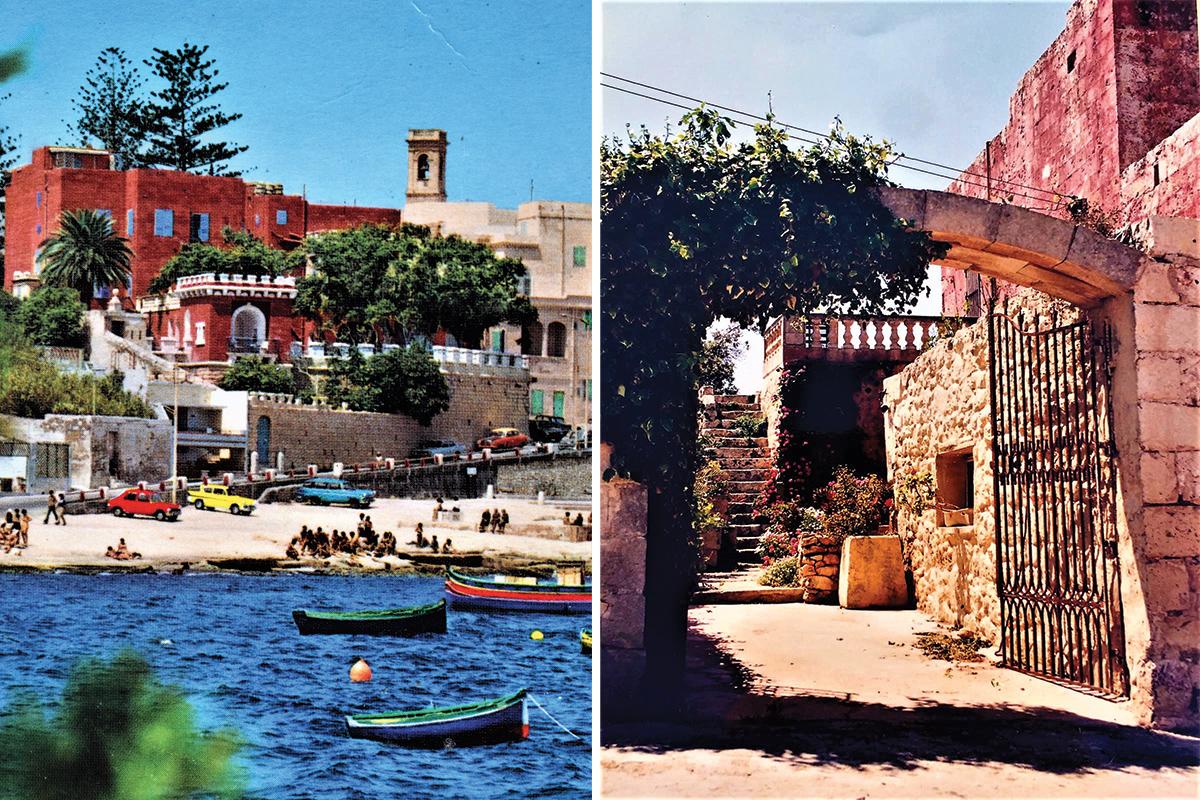 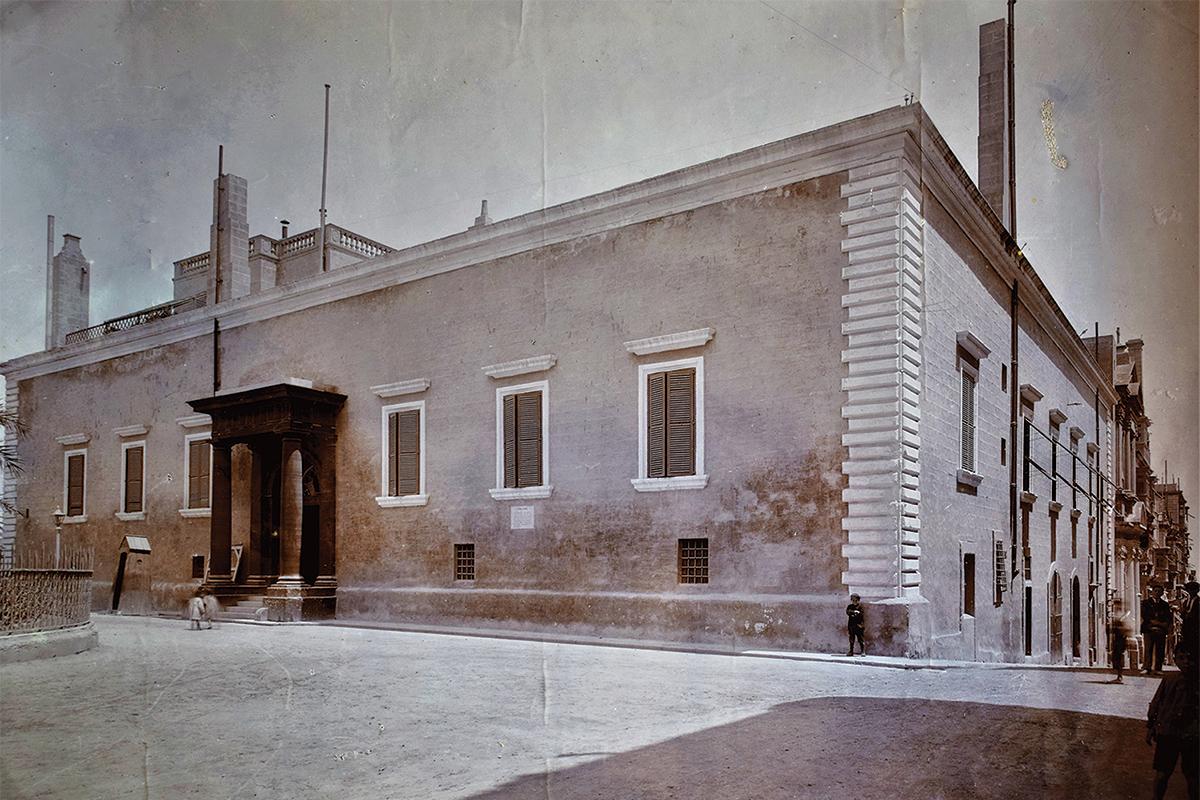 The Auberge D’Aragon, Valletta, when it was painted in two shades of red.