The third week of November 2019 will remain etched in history as the period when the Daphne Caruana Galizia murder started to be unravelled. It was the week when Malta’s house of cards began to crumble in a way that was unprecedented.

From that week on, the usual suspects realised they could no longer stick to their script as the noose tightened around them, one by one.

The development came weeks after a story in The Sunday Times of Malta had pointed towards a prominent businessman as being the potential mastermind of the journalist’s assassination. Within weeks, the self-confessed middleman in the crime was rounded up, and days later Yorgen Fenech was arrested as he made his way out of Malta.

As thousands took to the streets in protest, prominent politicians were interrogated, the suspects tried to cover their tracks, a popular prime minister had no choice but to step down and Malta’s international reputation went up in smoke.

It was the beginning of a long road to justice, a complex process during which the once powerful and mighty have already faced hours in interrogation rooms and court rooms.

What did those events in November 2019 teach us?

We learned crime and wrongdoing run deep in the veins of the business and political class. We confirmed criminals don’t necessarily wear balaclavas and lurk in dark street corners at night but also wear impeccable suits, drive expensive cars and live in luxury villas.

We glimpsed the existence of an umbilical cord between big business and the government, where taxpayers’ money ended up re-routed towards secret jurisdictions. 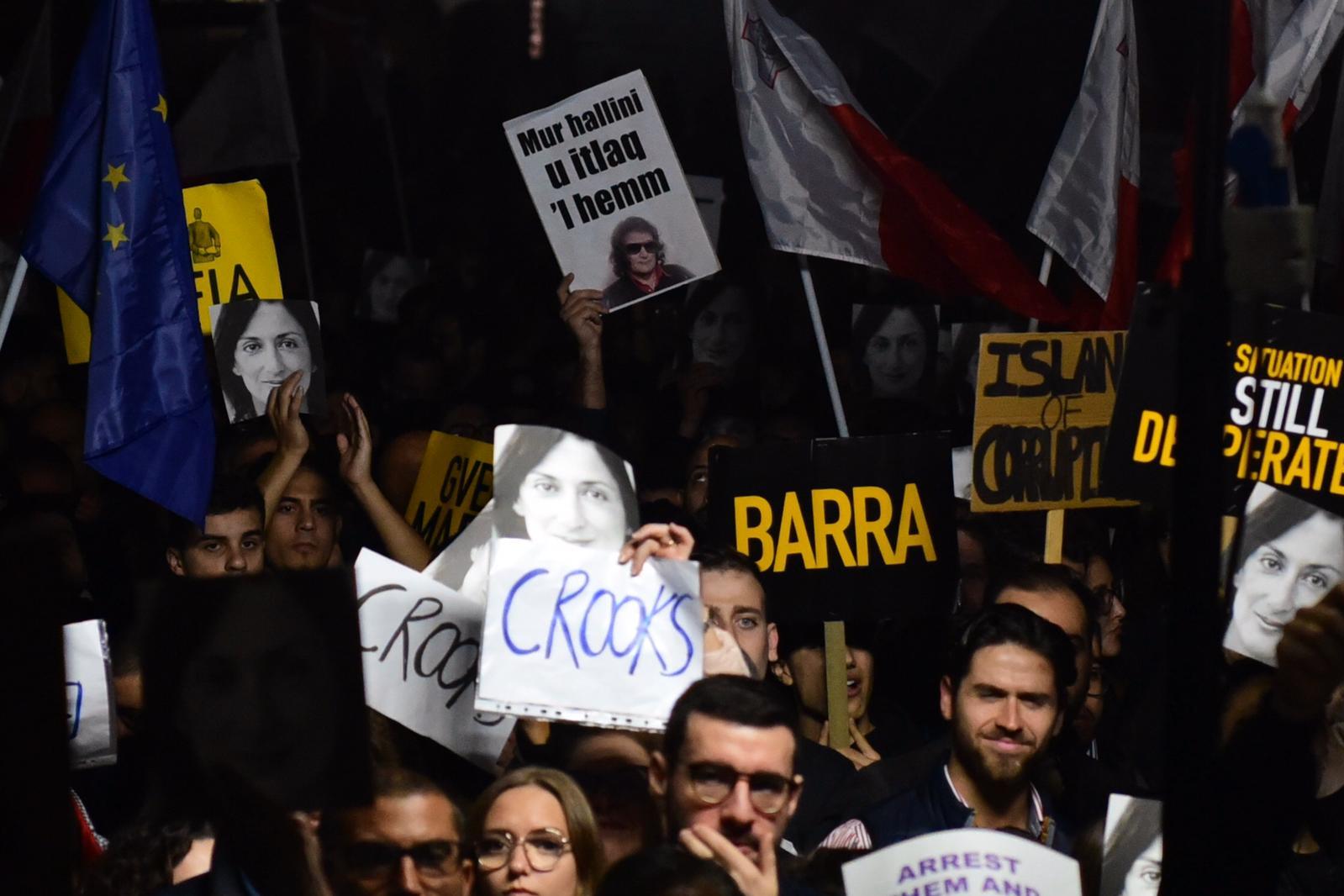 We discovered that the crooks could no longer hide behind fake news outlets and engineered trolls because they were suddenly outnumbered by voices calling out for justice.

We saw how important it was for civil society to come together in a joint stand against the evident political interference aimed at delaying and botching the process.

We realised the importance of people calling out the deliberate obstacles created by those who were meant to identify the culprits of Caruana Galizia’s murder.

We found there was strength in numbers: that taking to the streets to protest against injustice and abuse of power can yield results.

We removed any doubts about the crucial role of independent journalists, who worked well beyond the call of duty to get to the bottom of things. A year on, a handful of those journalists are still taking risks to delve into the case, analyse the data and join the dots.

And we confirmed that Daphne Caruana Galizia, far from being a “hate blogger”, a tag that critics loved to denigrate her with, was correct in her reporting. Her investigations hit too close to the bone – and it cost her her life.

November 2019 sparked an earthquake in the political landscape and has prompted some effort to improve checks and balances. It has brought about long-overdue change at the helm of the police force and a radical shake-up of the seats of power.

But in no way has it put a lid on Malta’s ills. In a country where the courts operate at a snail’s pace, it means justice might take years to be served. We know that individuals who have been linked to the murder and to economic crimes still walk free. Reports and claims of underhand deals and links persist.

This is why law-abiding citizens, journalists and activists need to continue rallying behind one movement.

A year on, we’re not close to a conclusion of this sordid story and still have things left to learn from that November chapter.