A malt whisky from Penderyn Distillery can whet your whistle during the 2020 Rugby Six Nations, which kicked off yesterday and runs until March 8. 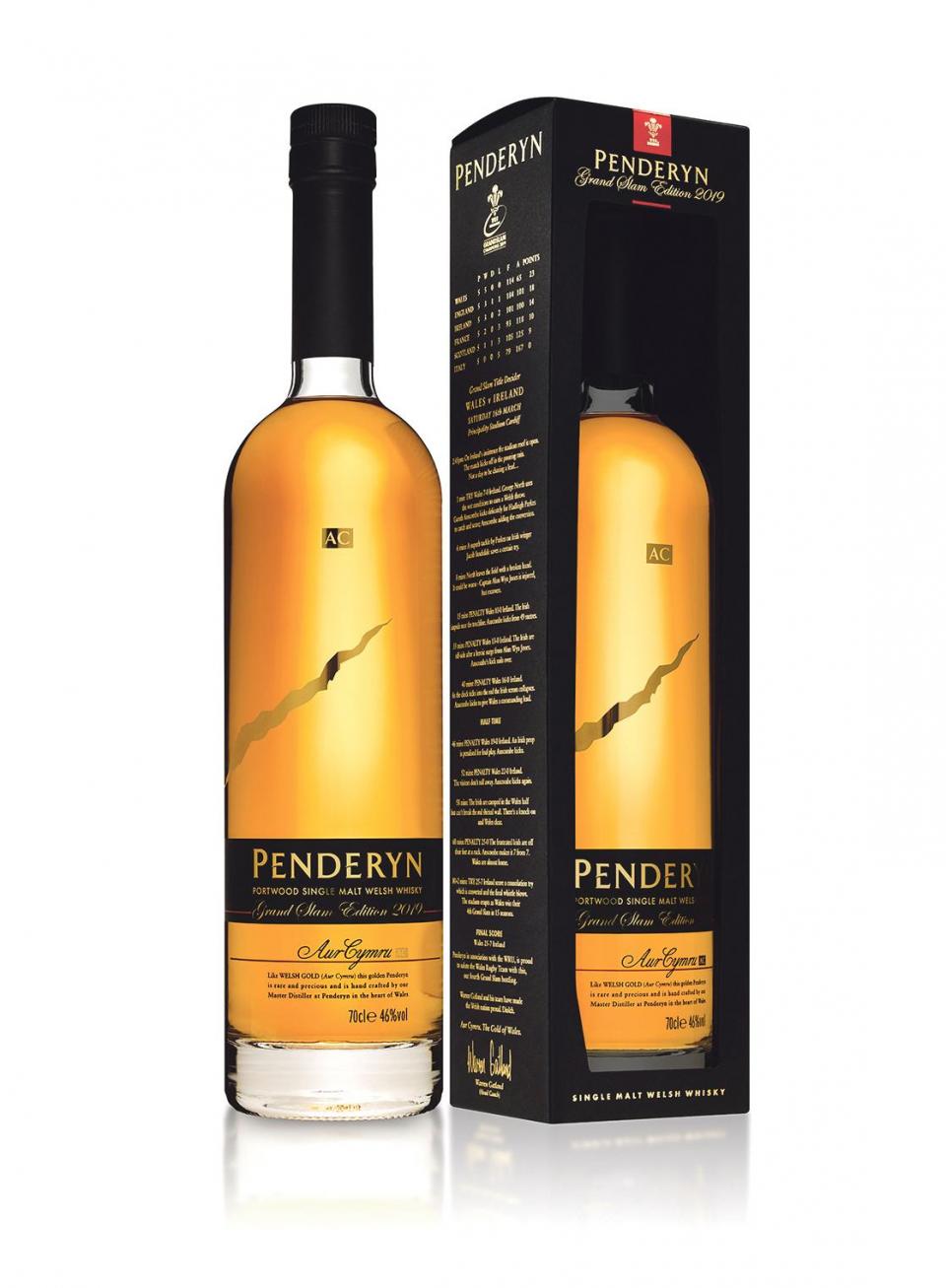 This same malt celebrated Wales’s Grand Slam victory last year.  Other malts had feted the victories of 2005, 2008 and 2012.

The distillery near Aberdare, at the foothills of the Brecon Beacons in south Wales, also offers a special bottling commemorating Sir Gareth Edwards’s famous try scored against the All-Blacks for the Barbarians at Cardiff Arms Park in 1973.

That Try is a £48.37, 41% ABV (alcohol by volume) peated single malt which is part of an ‘Icons of Wales’ range launched with ‘Red Flag’ commemorating the flag of social protest.  The flag was first raised during the 1831 Merthyr Rising which ended with the execution of miner Richard Lewis also known as Dic Penderyn.

Penderyn distillery and brand, founded on St David’s Day 2004, produced the first commercially-available whisky made in Wales since the 19th century.

The award-winning distillery plans to release 50 such single malts, each celebrating a person, milestone or event from Welsh history of international significance.

Other icons include opera singer Bryn Tiefel and the poet Dylan Thomas.  These malts are appropriately aged in ex-bourbon and Oloroso casks.

The first Welsh distillery at Frongoch near Bala is also remembered as is the American Declaration of Independence of 1776. Sixteen signatories had Welsh roots including President Jefferson. The 2019 Portwood finish Grand Slam edition whisky retails at £48.

Wales claims to have produced the first alcoholic spirit in the British Isles.  The monks of Bardsey island or Yns Enlli (the island of the saints) produced a spirit in AD356 for the great Welsh warrior Reaullt Gir.  Chwisgi was a mead made with honey.

Penderyn Distillery uses a unique design of still for its malt whisky distillation. The still, consisting of a single ‘pot’ beneath a tall rectifying column, was developed by a team led by David Faraday, a descendant of Sir Michael Faraday who invented the electrolytic cell. 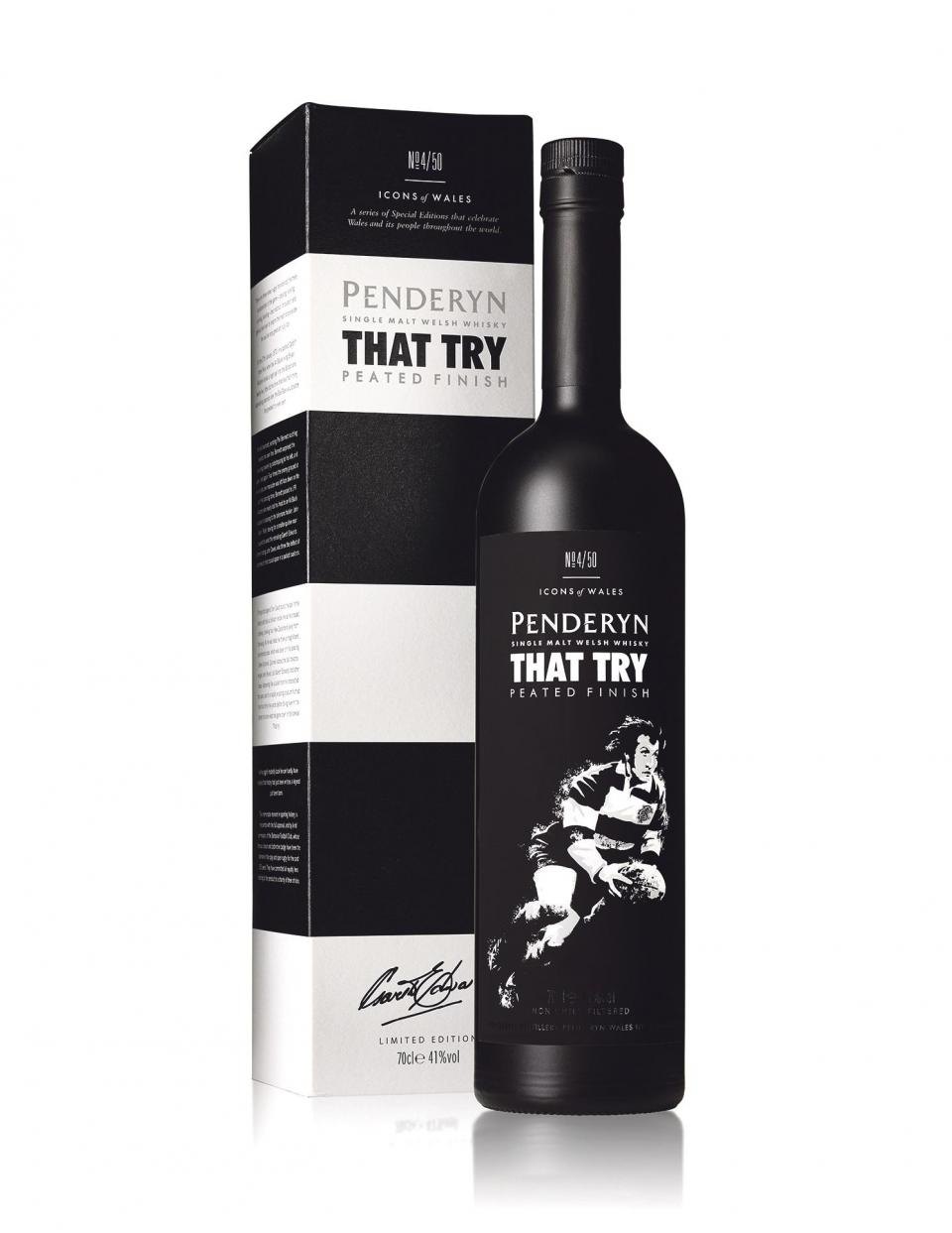 The last distillery, RJ Lloyd Price of Frongoch founded in 1887, went into liquidation in 1910.  The first attempts to revive the tradition ended when Welsh distillers were sued by their Scottish counterparts for bottling Scottish blends.

In 2016, the Da Mhle distillery near Landysul in west Wales bottled its first whisky, an organic single grain whisky. Da Mhle translates as 2000 from Gaelic. The whisky, the brainchild of John Savage-Onstwedder, the founder of Teifi farmhouse cheese, was made in Scotland.

Da Mhle also makes seaweed gin and cucumber vodka.  For £4,700 you can treat yourself to a 20-year-old single cask bottling of the original 1992 Springbank. After the bottling of the Newborn edition, the bottlers discovered that there was a lot of alcohol which was unaccounted for. A little later, the missing 60 litres were found and then matured for another five years and bottled as the Lost & Found limited edition.

With two operating distilleries, Wales is now recognised as having a whisky industry. The Aber Falls Distillery in Abergwyngregynm in the Snowdonia National Park, Gwyynedd commenced production of spirits in 2017. It will soon produce its own Welsh whisky.

The distillery near the well-known Rhaeadr waterfall used to be a slate works, a margarine factory and a drinks wholesaler depot.

In Sir Gareth Edwards words: “All these years later, I can’t quite believe it. Penderyn is in an international market and it goes well with the Barbarians. It is what the whole Barbarians’ set-up was all about… great products at the end of the day.”