Malta was mentioned in two alerts issued by Frontex, the EU border agency. Frontex recorded a sharp spike of Algerian nationals entering Europe illegally after fraudulently obtaining Maltese visas in Algiers. Algerians with a Maltese visa travelled to Marseille, ostensibly in transit to Malta as their final destination. But they only had tickets to Marseille and never left France – and never reached Malta.

That spike coincided with the appointment of Joseph Muscat’s cousin once removed, Robert Falzon, as Maltese consul in Algiers. Falzon had absolutely no diplomatic experience. Serious allegations about thousands of euros in bribes for issuing Maltese visas in Algiers remained uninvestigated as it fell outside the National Audit Office’s remit.

When the case was reported to the police, they showed no interest. Then assistant police commissioner Lawrence Cutajar cited the consul’s relations to Muscat as a complicating factor in mounting any investigation.

The evidence against the consul was damning. Around 7,000 Algerians were granted visas in just 18 months. Per capita, Malta became the European country granting the highest number of visas to Algerians, within nine months of Falzon becoming consul. For every four Algerians landing in Malta on a visa issued by our consulate, only one returned. Air Malta operated ghost flights with a 90 per cent no-show rate from Malta to Algiers.

Between €4,000 and €8,000 were charged to provide applicants with proof of employment, pay slips and social security details to get their visa. If 7,000 visas were issued at the conservative sum of €4,000, that racket generated at least €28 million. Despite being warned by immigration police not to issue visas to 484 suspicious Algerian applicants, Falzon issued them anyway. In another 865 cases, the police gave the all-clear, yet the consul inexplicably refused to issue their visas.

An Algerian-Maltese and Air Malta sales agent, Alex Fezouine, blew the whistle. He naively wrote to Muscat in April 2015, appalled at what was happening. “Visa sellers have taken over the consulate and the airline, they are sending illegal immigrants to Europe through Malta,” he explained.

Muscat’s response: “I am not the police, I am not an investigator.” And swiftly acted to silence the whistleblower with cruel retribution. Identity Malta revoked the man’s Maltese citizenship. When Fezouine protested and asked for an inquiry, Muscat appointed retired Judge Philip Sciberras to chair it.

Visa sellers have taken over the consulate and the airline, they are sending illegal immigrants to Europe through Malta

The opposition demanded the auditor general investigate the visa allegations. But the terms of reference imposed by the government were shamelessly restrictive. In a letter dated November 20, 2015, Owen Bonnici, Chris Agius and Edward Zammit Lewis ensured that the scope of the investigation was ridiculously narrow. The auditor faced obstruction at every step. All data on Algerian visas issued between 2009 and 2014 had been purged. Consequently, the auditor could not conduct a comparative analysis with the period when Falzon was consul.

The NAO conceded that “the lack of visibility precluded this office from establishing whether the delivery of visas was intentionally prolonged to elicit payments”. But it established that the “requirements for selection of a consul may have been inadequate” and “the consul lacked the necessary experience”.

As pressure mounted, the consul was recalled, shortly before the scandal broke. The police questioned the consul but quietly aborted the investigation.

On August 16, 2020, Aldo Cutajar, the Maltese consul in Shanghai and brother of civil service head Mario Cutajar, was charged with money laundering and tax evasion. A police raid on his home yielded €500,000 in cash and hundreds of thousands in luxury items, including Rolex watches, two luxury Mercedes cars and other vehicles.

Aldo, and his wife, Isabel, had paid for the luxury vehicles in cash. In addition, they had a Dubai bank account holding over €300,000. They purchased a villa in Naxxar, a penthouse and garages in Swatar and a property in Tuscany. They also held €2 million in Satabank.

Only 15 years earlier, Cutajar pleaded guilty to misappropriation of funds from a government department. Sentenced to two years’ jail and a perpetual interdiction, he lost his government job. Shortly after his conviction, he requested the court lift his interdiction.

He pleaded that he had two young children, was forced to sell his residential property, was unemployed and needed to support his family. The attorney general vehemently opposed the request because of the gravity of his crimes and because he was a public officer. The court pitied Cutajar and lifted the interdiction, concluding “he has already paid dearly for what he did”.

The government was constrained to reinstate him. Successive governments were careful what assignments they gave him – until Labour gained power. As Mario Cutajar became civil service head, his brother,  Aldo started a new career at the Ministry of Foreign Affairs as consul in Beijing. In 2018, Foreign Minister Carmelo Abela appointed him consul in Shanghai.

Within two years, the new consul had amassed wealth that would make an African dictator jealous. Where did all this money come from? Among the luxury items found at his home, the police found a list of names and passport numbers of Chinese citizens. The prosecuting officer testified in court that the Cutajars’ obscene wealth was made from illegal Chinese visa sales.

Mario Cutajar denied any role or being consulted over his brother’s posting in Beijing and Shanghai. That claim was rubbished by experienced and respected Ambassador Evarist Saliba. Mario Cutajar, as head of the civil service, must have been directly involved, Saliba insisted, and “I speak from very long experience in government service having been involved in the appointment of consuls”.

Aldo Cutajar had taken over as Shanghai consul from Sai, wife of disgraced minister Konrad Mizzi, who was even kicked out of the Labour Party.

Malta’s reputation has been truly shanghaied around the world. It won’t recover easily from Labour’s brutal battering. 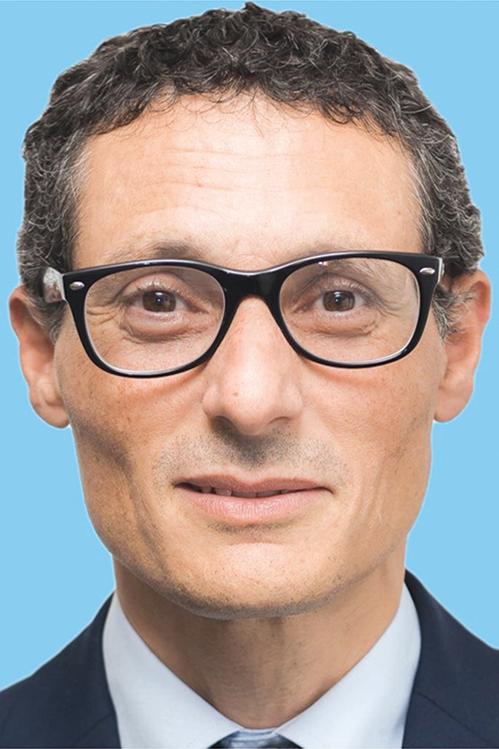