Scientists at the World Health Organisation warned that mass vaccinations would not bring about herd immunity to the coronavirus this year, even as one leading producer boosted its production forecast.

Infections numbers are surging around the world, especially in Europe where nations have been forced to ramp up virus restrictions even as vaccines are rolled out.

The WHO’s chief scientist Soumya Swaminathan warned Monday that it would take time to produce and give enough shots to halt the spread of the virus, which has infected more than 90 million people worldwide with deaths approaching two million.

“We are not going to achieve any levels of population immunity or herd immunity in 2021,” she said, stressing the need to maintain physical distancing, hand-washing and mask-wearing. 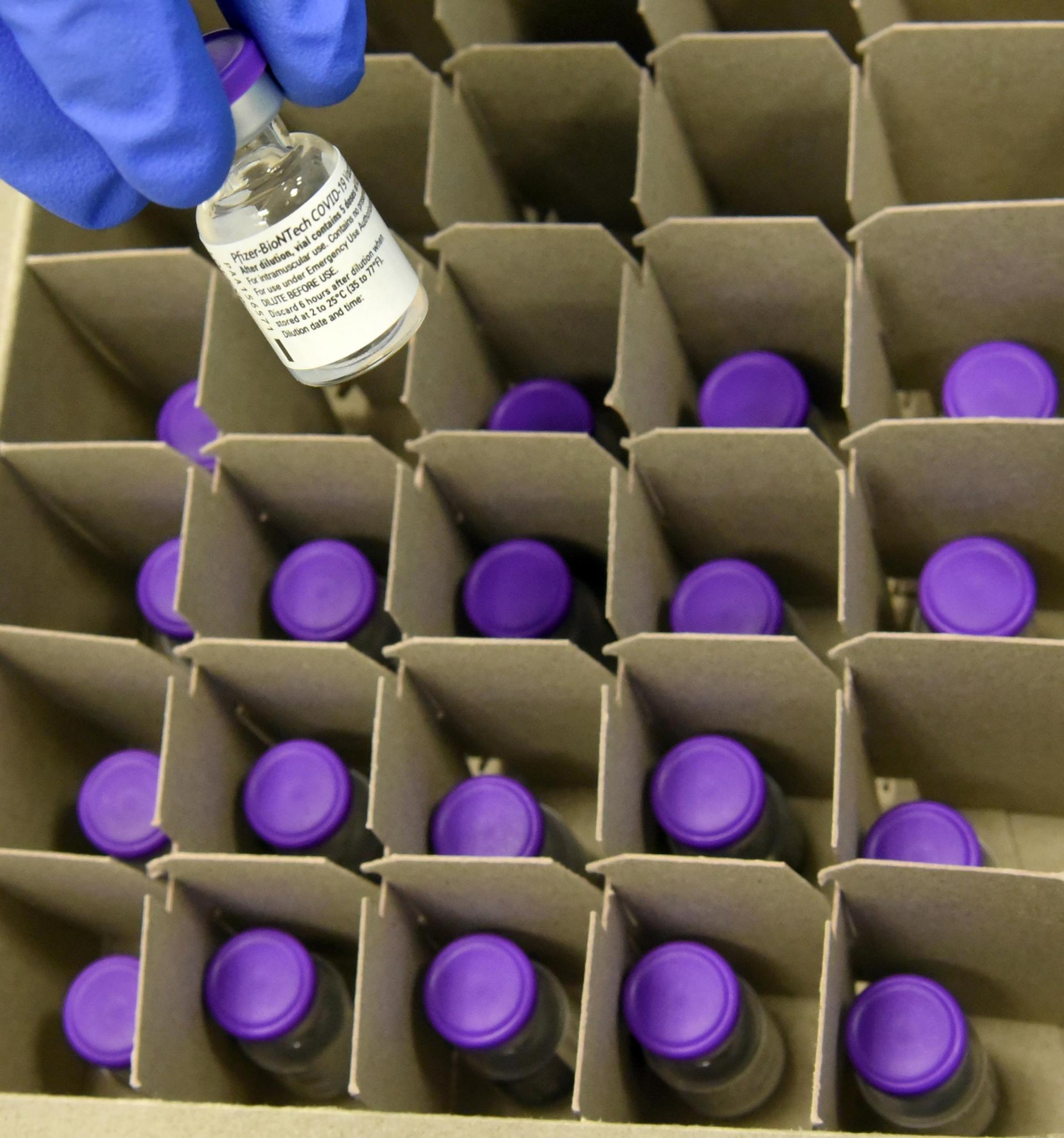 Pharmacy student Anne Brandt removes an ampoule of vaccine against the Corona virus SARS-CoV-2 from Biontech/Pfizer from a package in a specially set-up vaccination outpatient clinic at Leipzig University Hospital. She prepares six syringes for the vaccination of medical personnel who are particularly at risk. Concentrated and careful, six vaccine doses are taken from a single vial. There is an above-average willingness among hospital staff to be vaccinated. There are currently more requests for vaccination appointments than can be offered at the moment. Photo: DPA-Zentralbild/ZB

Experts are also concerned about the rapid spread of new variants of the virus, such as the one first detected in Britain which is feared to be significantly more transmissible.

England opened seven mass vaccination sites Monday to fight a surge fuelled by that variant, which is threatening to overwhelm hospitals.

But England’s chief medical officer Chris Whitty told the BBC: “The next few weeks are going to be the worst weeks of this pandemic in terms of numbers into the NHS (National Health Service).”

Elsewhere in Europe, Portugal was facing a new lockdown because of a spike in cases and deaths, as the President Marcelo Rebelo de Sousa tested positive for the virus.

The 72-year-old was asymptomatic and isolating in the presidential palace in Lisbon, his office said.

“From next weekend at the latest, we will run a mass test every week until we get the situation under control. There is no other way,” said Matovic, who tested positive himself in December after an EU summit.

German company BioNTech, which partnered with Pfizer to produce the first vaccine approved in the West, said it could produce millions more doses than originally expected this year, boosting the production forecast from 1.3 to two billion. 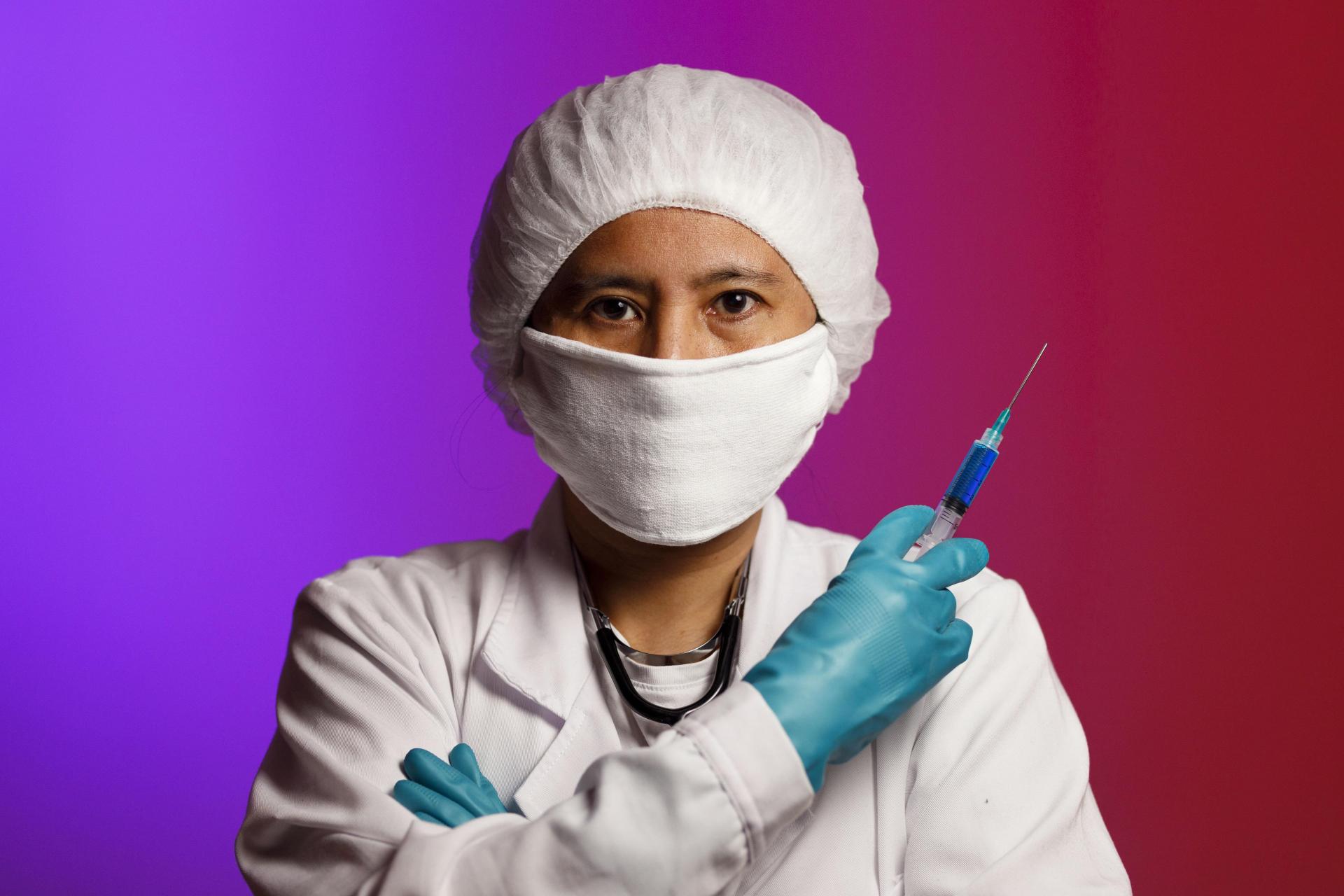 The vaccination campaign versus the coronavirus in Germany is getting off to a slow start. Photo: GEISLER-FOTOPRESS / DPA PICTURE-ALLIANCE via AFP

Officials in Russia said they would trial a one-dose version of country’s Sputnik V vaccine as part of efforts to provide a stopgap solution for badly hit countries.

India, with the world’s second-highest number of infections, is set to begin giving shots to its 1.3 billion people from Saturday in a colossal and complex undertaking.

US President-elect Joe Biden, who has pledged to devote all available resources to fight the pandemic, received his second vaccine dose on Monday.

There have been surges in Asia as well, where many nations avoided the high death tolls and infection rates seen in Europe and the United States in the early months of the pandemic.

Malaysia’s king declared a nationwide state of emergency Tuesday to fight a coronavirus surge that is overwhelming hospitals, but critics charged it was a bid by an unstable government to cling to power.

The last time an emergency was declared nationally in Malaysia was in 1969, in response to deadly racial riots.

With more than a year gone since the first known outbreak of the coronavirus, the fallout from the worst pandemic in a century has become clearer – from the economy and society to culture and the environment.

The masks that have become ubiquitous and necessary to save lives, for example, are proving a deadly hazard for wildlife, with birds and marine creatures ensnared in the staggering number of discarded facial coverings littering animal habitats.

Single-use surgical masks have been found scattered around pavements, waterways and beaches worldwide since countries began mandating their use in public places to slow the pandemic’s spread.

Worn once, the thin protective materials can take hundreds of years to decompose.

“But when we throw them away, these items can harm the environment and the animals who share our planet.”