Prime Minister Giuseppe Conte on Monday told Italians to "stay at home" and banned public gathering as well as Serie A football matches to combat the new coronavirus threat.

The unprecedented measures covering the entire Mediterranean nation of more than 60 million people were announced after Italy reported 97 more deaths that took its toll to 463.

An AFP count showed Italy with more than half of the 862 deaths reported outside China as of Monday night.

"I am going to sign a decree that can be summarised as follows: I stay at home," Conte announced in a dramatic evening television address.

"Travel must be avoided across the entire peninsula unless it is justified by professional reasons, by cases of need or for health reasons." 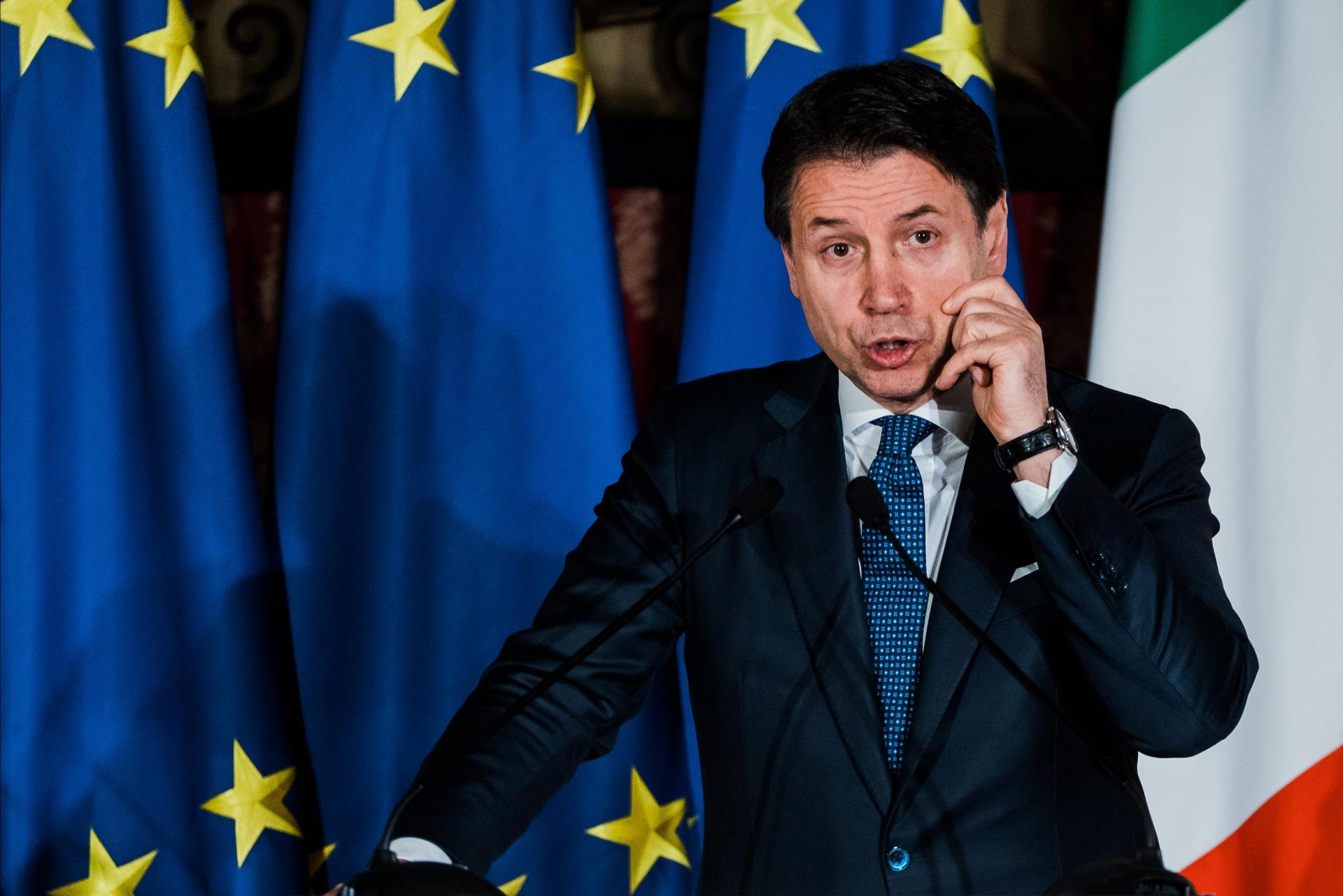 The measures extend a quarantine zone that Italy had imposed for its industrial northern heartland around the cities of Milan and Venice on Sunday.

The national restrictions will run until April 3 and mean that schools and universities will all immediately close.

Series A football matches and all other sporting events are also being suspended for the coming month.

But it was not immediately clear how all these measures will be enforced.

Trains and numerous flights continued to operate into and out of Milan on Monday despite the earlier set of restrictions for its Lombardy region.

The government's first set of restrictions for Italy's north sent the stock market into a tailspin that saw the Milan exchange -- already set to open lower because of the global oil price collapse -- lose more than 11 percent on the day.

But the expansion of the northern restrictions to the rest of the country just a day later suggests a government struggling to cope with the scale of the medical emergency on its hands.

Italian health officials had warned on Saturday that the northern Lombardy region was starting to run out of hospital beds for its intensive care patients.

The government also began to recall retired doctors as part of an effort to quickly bolster the health service with 20,000 staff.

But the toll has kept growing by the day.

Italy recorded a record 133 deaths on Sunday and immediately announced that it was ordering 22 million surgical masks -- even though doctors question how effective they are in halting the spread of viral infections.

The government's latest set of measures mean that people will need to fill out a standard "self-certification" form justifying their reasons for travel.

These would be submitted to the authorities at train stations and airports as well as major roads running between cities.

The government decree says its forms will work on an honours system and no proof of "need" will be required.

"Everyone must give up something to protect the health of citizens," said Conte.

"Today is our moment of responsibility. We cannot let our guard down."

The decree is due to be officially published and enter into force on Tuesday.