Supermarkets and suppliers are seeing some “super increases” in prices, and fingers have pointed squarely at fattened-up freight costs, with COVID-19 and Brexit to blame.

Prices have shot up across the board  – since some supermarkets stock about 25,000 items, they cannot be quantified because there is no percentage pattern.

But a conservative estimate would be 15% and more; and it is being felt mostly in “commodities” like flour and oil.

Other suppliers have given as examples the 15-20% rise in the price of coffee beans, and said the shortage of a “good” rib-eye, costing €20-€23 a kilo, is due to “exploded” prices overseas, leaving distributors hesitant to import it until these stabilise.

Food prices are pushing inflation up, with the National Statistics Office saying that the annual rate as measured by the retail price index was at 2.08% in August, up from 1.81% in July.

The Malta Chamber of Commerce, Enterprise and Industry believes the inflation index on which the cost-of-living adjustment (COLA) is based is not showing a major spike in local food prices, but a slow increase over time, which, it says, is the “ultimate mix” of a number of issues and challenges that are heavily impacting the price of goods.

Malta’s diseconomies of scale are also inevitably resulting in higher prices per unit.

It is a “compound” situation, which is not just attributable to soaring transport and shipping costs – estimated at 30-40% – and fewer shipping lines coming to Malta, importers have said, pointing out that being an island does not help.

At the end of the day, it is one supply chain that affects everyone, including restaurants, the industry acknowledges, urging consumers to understand what is driving up the price of their food.

According to some importers, the estimated 30% rise in food prices over the last two years could be broken down into an increased 10% on transport, crop shortage and high demand – and the rest on fatter profit margins for supermarkets.

The ‘perfect storm’… in a teacup

COVID-19 and Brexit are not the only factors impacting food prices, but they have created the “perfect storm” for the industry.

The pandemic has caused “drastic” increases, according to importers, with transport costs increasing “phenomenally” since the outbreak.

The Malta Chamber says the international supply chain shocks brought on by the COVID-19 crisis have increased pressures, reflected into added costs due to logistics disruption, lost reven­ues, higher prices of sourced goods, unavailable materials that are suddenly in short supply and the time and effort required to secure them.

The shopping list for the cause of higher costs could look like this, according to the Malta Chamber, importers and supermarkets, who spoke to Times of Malta.

Fingers have pointed squarely at fattened-up freight costs, with COVID-19 and Brexit

1. Rising labour and wage costs due to employee shortages

Industry players have noted the ripple effects of COVID-19 have resulted in a tsunami as, for example, production lines were separated and employees normally working closely were restricted – a price that had to be paid.

COVID-19 has also meant people work from home, factories are devoid of staff, and it is close to impossible to recruit more. Now, for example, haulers, who were sent home, are difficult to find.

“Try and employ a driver and a deliveryman… They do not want these jobs,” importers have said.

2. Increased price of raw materials due to lower production and higher demand from emerging markets

COVID-19 also led to a huge demand for items like toilet paper and long-life and canned products as customers began to store in fear of scarcity. But some factories could not keep up with it and, as is the automatic reaction of huge demand, the prices went up.

With a doubling in demand of canned tomatoes, for example, crops were insufficient to last a year, one importer said.

Farmers put up the price, so does the producer and even the local supplier. And the consumer pays.

3. Increase in operational costs due to the pandemic

So why do your canned vegetables cost more? Until recently, containers were stacked by hand, meaning 3,000 cases would fit. Today, only 1,900 cases make it because they are stacked by pallets, one importer explained.

This means lots of “air space”, which importers are paying for anyway. Moreover, a pallet from Germany used to cost €180, and now, it is more than double at €390. In the end, this has to be charged to the consumer.

4. Fewer tourist arrivals and many expats leaving the island

This has led to a decrease in consumption, which has, conversely, also pushed prices up.

Extra costs are undeniably incurred by Maltese traders as part of their transport and logistics operations to access overseas markets, the Malta Chamber points out.

Problems, the industry concurs, are down to the lack of containers. 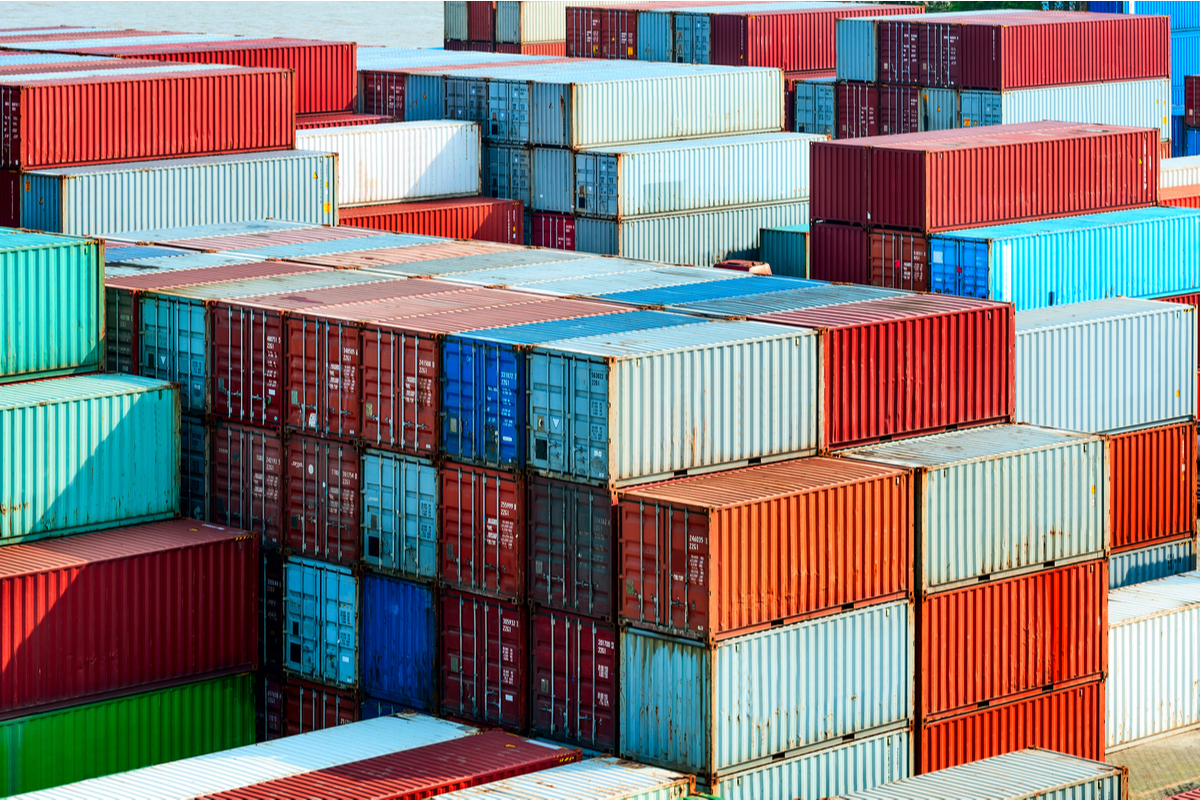 Global freight costs have soared - as has the price of shipping containers. Photo: Shutterstock

This is due to Malta’s historical reliance on the UK market also because of English-language labelling issues.

Now, goods made in the EU have to go to a non-EU country first, import duty has to be paid here and it is passed onto the consumer.

These have gone from 35-40% up to even 66% since COVID-19 broke out, according to importers and distributers, who say they have a “knife around their neck” because it is their clients who decide what profits they want.

They cannot eat into their own profits; so, they either stop supplying the supermarkets and pull their items from the shelves, or they comply, pushing up the consumer price.

If sales drop by 5% due to the higher prices, the supermarkets are still making their money, one importer said.

Supermarkets, on the other hand, have said they manage to absorb some of the increases brought about by external forces.

With the recommended selling price “automatically” changing because of other cost changes, they claim to “feel” it immediately as re-sellers.

Attempts are made to combat these price increases in the fast-moving goods and hot items – top brands in every category – by cushioning them through reducing profit margins to help the customer, a spokesman for one supermarket chain said.

Offers, point schemes, free products and cash back are designed to mitigate the situation and add value.

8. China has also been blamed

While some importers have laughed this excuse off, saying they do not get their stuff from there, others say a good part of the problem revolves around it, with a spike in imports and shortages of packaging materials post-COVID-19.

Times are “tough” for the food market, and it is not known when things will start settling, although the industry is looking at 2023 for some comfort.

Meanwhile, mitigating cost on operators like, for example, the extension of the bands and time of existing energy night tariffs, would be welcome news for retail outlets, whose reliance on the use of freezers, chillers and fridges is extensive, the Malta Chamber believes.

It also listed the need to attract foreign workers – a “thorny” issue that remains key to making up for the shortages currently being faced by industry that is striving towards economic recovery.

Why your egg could be more expensive

In a nutshell, the answer to why food items are costing more lies in an e-mail one local distributor had just received from an egg supplier.

He was informed that a “scenario characterised by the structural increase in raw materials” was being faced, meaning that supply chains of egg products were being directly affected.

The increase in cereals caused by the rise in demand and decrease in supply due to adverse climatic factors, added to the increase in energy, transport and packaging rates, has obliged his suppliers to review the price list, starting from the next order, by applying increases that could partially cover these higher costs.

Ukraine, one of the world’s largest producers, is recording a production of 150 million fewer eggs per month and this inevitably affects the global egg market, the e-mail explains.

In France and Spain, the availability of eggs has also decreased due to an increase in the cost of feed, which heavily affects production and means farmers are working at a loss, it continues.

And the consumer foots the cost.