This July we mark a significant milestone for a number of European embassies and cultural institutes active in Malta, who, over the past years have been working together to set up EUNIC Malta.

Also, EUNIC Malta envisages to instigate European cooperation with local cultural institutions, artists and activists, building upon Malta's outstanding cultural potential. It will pool together the resources of its members and promote cultural diversity and understanding in the Mediterranean region. Its mission is – among others - to contribute towards the Sustainable Development Goals of the United Nations.

Our first event will be the European Film Festival and the European Art House Cinema Days in November at Spazju Kreattiv in Valletta.

EUNIC projects are motivated by the EU's agenda on international cultural relations as well as by the UNESCO Convention for a Global Order based on Peace, the rule of law, freedom of expression and respect for fundamental rights.

EUNIC is more necessary than ever as we all face three existential crises and challenges in Europe:

Global warming and climate change: the persistent and exacerbated heatwaves show that it is already five minutes too late. We all need to act now for climate action. Greta Thunberg and Fridays for Future remind us every week and we should engage the arts and invite activists in this endeavour.

Migration: also linked to environmental degradation, migration has become a pressing topic over the last years, leading to isolationisms, xenophobia and racism. However, we are also aware that migration is a historical and never stoppable global movement, necessary for cultural exchange and even rejuvenation of our aging societies.

Peace and democracy: As our world is becoming more unjust, the use of lethal force by states and terrorist groups is becoming more and more common. Our world spends more money on weapons than ever.

The old Romans were already saying: "Inter Arma Silent Musae". "When there is war, the artists must shut up".

EUNIC is a promise to artists around the world that politics, diplomacy and the arts can work together to promote climate action, migration management and integration and last but not least defend democracy and build peace.

EUNIC Malta is there to reach out to Malta's best talents, your artists, intellectuals and activists who contribute to your country's ongoing path to peace, sustainable development, the greening of your economy and democracy
This promise is now an offer for Malta´s creative scenes. 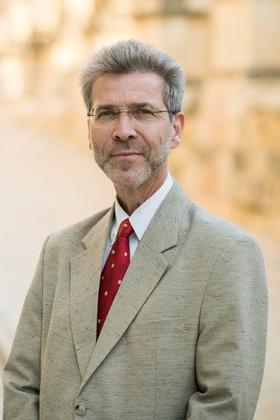