When Steven Gatkuoth attempted to flee Libya for the seventh time in two years, he was returned to north African soil nursing two bullet wounds that left him limping for a year.

“They were aiming to kill. I was lucky as they only got me right in my upper thigh,” the 23-year-old told Times of Malta

“Following that pushback, I spent a year in prison, where I was beaten up and had no good food or water. I saw people around me despair. Not knowing when I’d be let out, I spent my time writing 36 songs, which I’m working on releasing now.”

Steven is a survivor of the Nivin vessel pushback. In November 2018, together with another 92 asylum seekers, he was forcefully returned to the war-torn country after having been rescued by the Panama registered merchant ship.

Human rights activists consider such pushbacks as a violation of non-refoulement rules established under international and migration law.

On his eighth attempt to escape the terror in Libya, Steven was rescued and brought to Malta, where he was placed in detention until Aditus foundation succeeded in fighting for his release.

But once again, he did not allow detention to dampen his creativity.

While in detention he used his phone to do some networking, getting in touch with other musicians and producers.

Just five days after being released, he met music producer Aiden Somers, and Steven started using his stage name of Young G Kay, which he had come up with in his home country.

G refers to his father and Kay to his grandfather, and in this manner, he carries the two men with him wherever he goes, he said.

The South Sudanese has loved music from a young age, but in South Sudan he mostly focused on his studies.

“The words and music were in my head. I remember singing in my head while watching other children play.

“I was 15 when I moved to Sudan, after my father was killed in the civil war. I had lost contact with my remaining family. I did not know where they were or if they were still alive.

“The situation in Sudan wasn’t much better, and I realised I could not stay there if I wanted to further my studies and express myself through music.”

“Life in Libya was very difficult. I was imprisoned more than 10 times. Most of those times I was arrested while out at sea trying to flee. It was not easy. At the time I remember thinking maybe this is the way God wants to show me what life is about.” 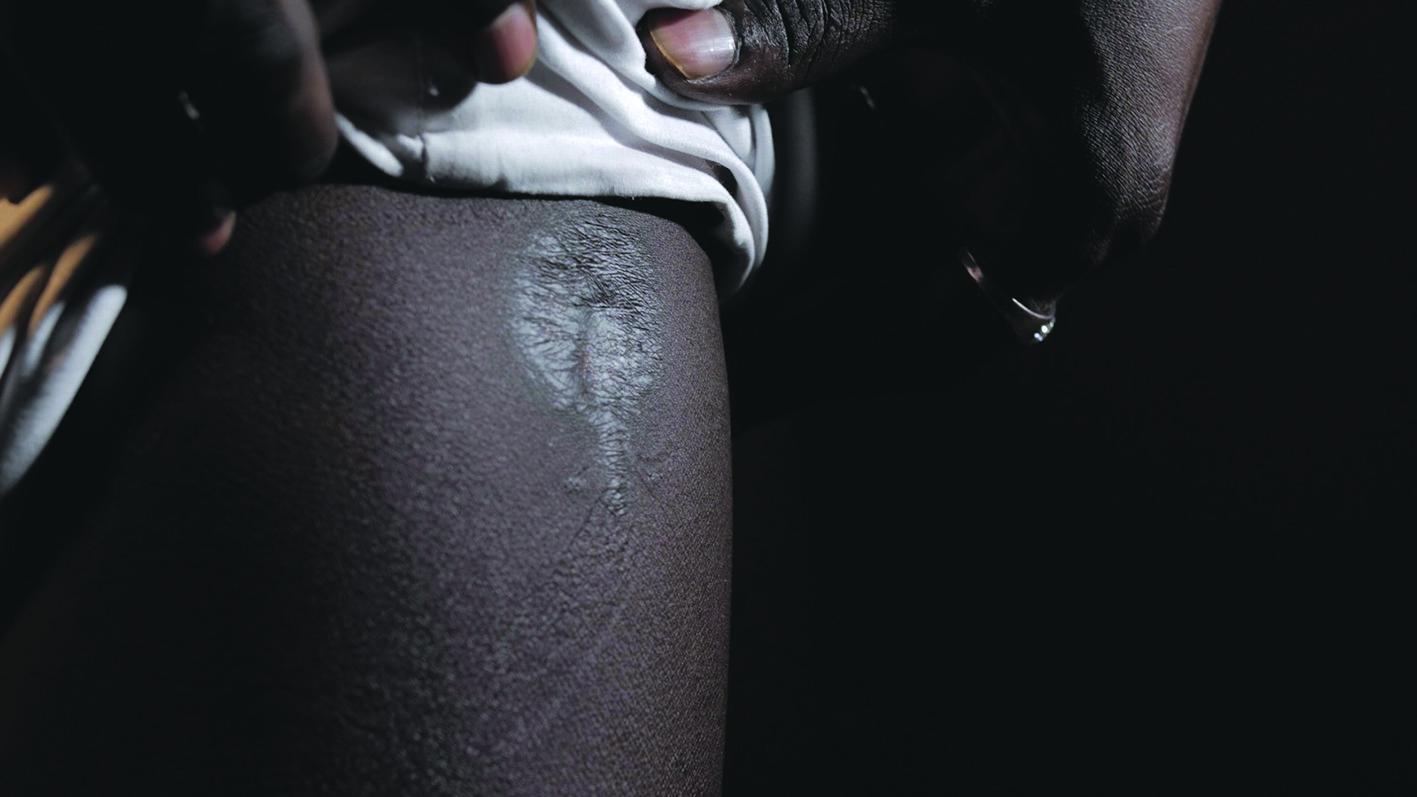 Scars from the bullet wound.

When Steven made it to Malta in 2019, he could finally sing about what he had been through and eventually also enrolled at a higher education college.

He plans on staying in Malta, where he says he will be forever grateful for being allowed to become part of the community and grow as an artist.

“I want to encourage other asylum seekers in Malta who are in a bad place right now because of what they have been through. I want to tell them to focus on the love they receive. Racism is everywhere in the world. Don’t focus on racism. Don’t let other people bring you down. Focus on what you love to do. My number one rule in life is to believe in yourself.

“Anyone who leaves their country – whether Maltese or African – will feel something missing. Your host country is not your home country. Just do your best and people will accept you.”

The NGO Kopin is assisting Steven in this 12-month endeavour, through which he is working on a music album, videos, public events and the signing of contracts for the distribution of his music in a number of continents.

He is also being supported by AISO Records and fellow NGO African Media Association Malta.

Together with Samson Okojie from Nigeria, known as SDB, and Somers, Steven is currently producing uplifting music with lyrics composed of a mix of pidgin English and African English.

They hope their upcoming album serves as a reminder to people to enjoy every moment of their life.