After 14 days in isolation, most non-severe COVID-19 patients will no longer be infectious even if they test positive, the health department has told Times of Malta.

The explanation came after the Superintendent of Public Health, Charmaine Gauci announced earlier this month that patients are no longer required to have a negative test result at the end of two weeks of quarantine.

A similar procedure applies to people living with a person who is positive for COVID-19.

If they do not experience symptoms, they can end their quarantine after 14 days, along with the infected person.

A spokeswoman said that the quarantine protocol for persons with mild to moderate cases of COVID-19 was amended in light of new research.

“The body of evidence has strengthened that, in non-severe cases, the isolation of the virus can be done successfully for around 10 days from the onset of symptoms.

“After this time, the body’s immune system would have fought against the virus and,  while the presence of viral fragments may be detected, such fragments are not infectious,” the spokeswoman said.

She said that the protocol is in line with new guidelines from the European Centre for Disease and Prevention and Control (ECDC). 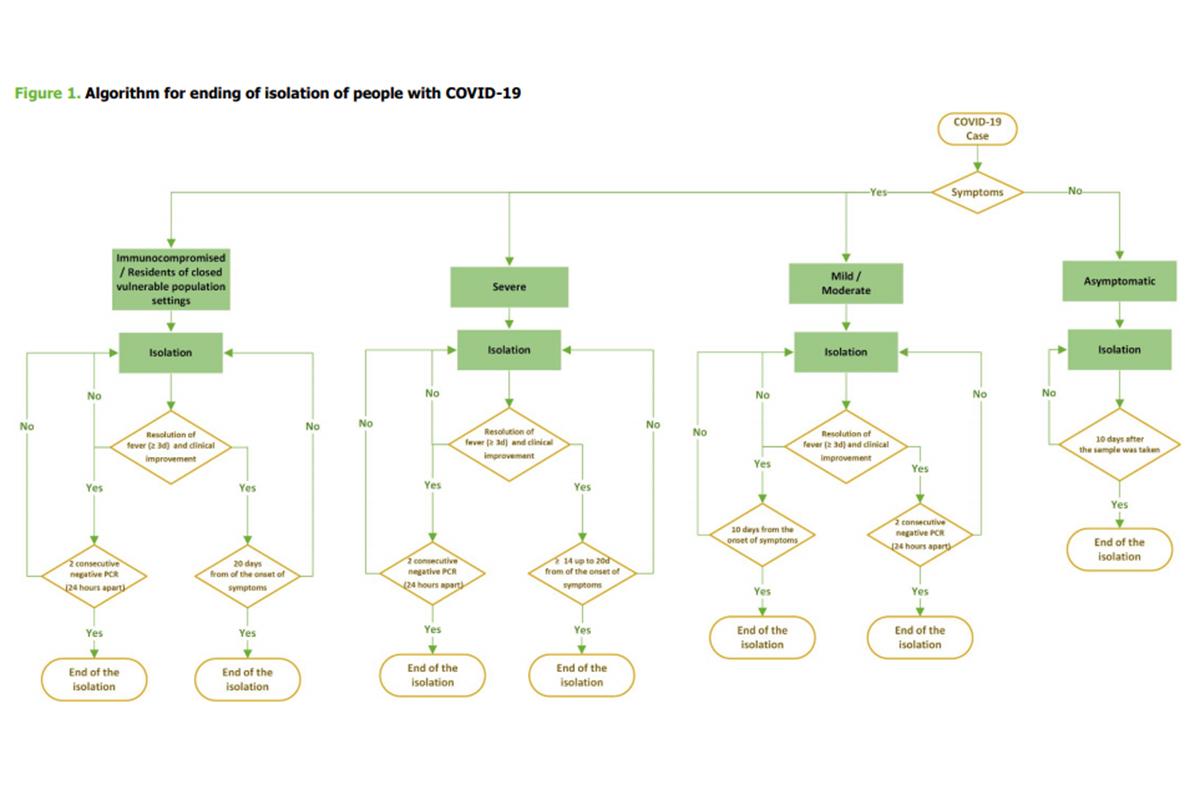 Graph of ending isolation of people with COVID-19 explained by ECDC. Photo: ECDC

The ECDC says that patients with mild to moderate COVID-19 can be released from isolation 10 days after the onset of symptoms if they show no symptoms or have two negative swab tests.

People who are infected but have never developed symptoms can end isolation 10 days after the first positive swab test was taken.

“While the exact duration of infectivity of COVID patients is not known with certainty, numerous studies show that most transmission happens around the onset of symptoms, with the virus also detected two days before the start of symptoms,” the spokeswoman said.

She added that while some countries have already been following the amended procedure, the public health authorities wanted to retain the previous protocol until further evidence was available.

There is a different protocol for severe cases patients who require hospitalisation.

Patients with severe COVID can be released from isolation after symptoms have improved and after a minimum of 14-20 days in isolation or if they provide two negative swab tests.