Anyone thinking they were walking through a cloud on Wednesday evening was not imagining things, as an uncommon weather phenomenon for Malta created suspended rain droplets that seemed to be hanging in the air.

Known as a weak cold front, this passed over the Maltese Islands on Wednesday evening, the Malta International Airport meteorological office confirmed, leading to the formation of very low cloud and fog patches and creating the sensation of navigating through spray. 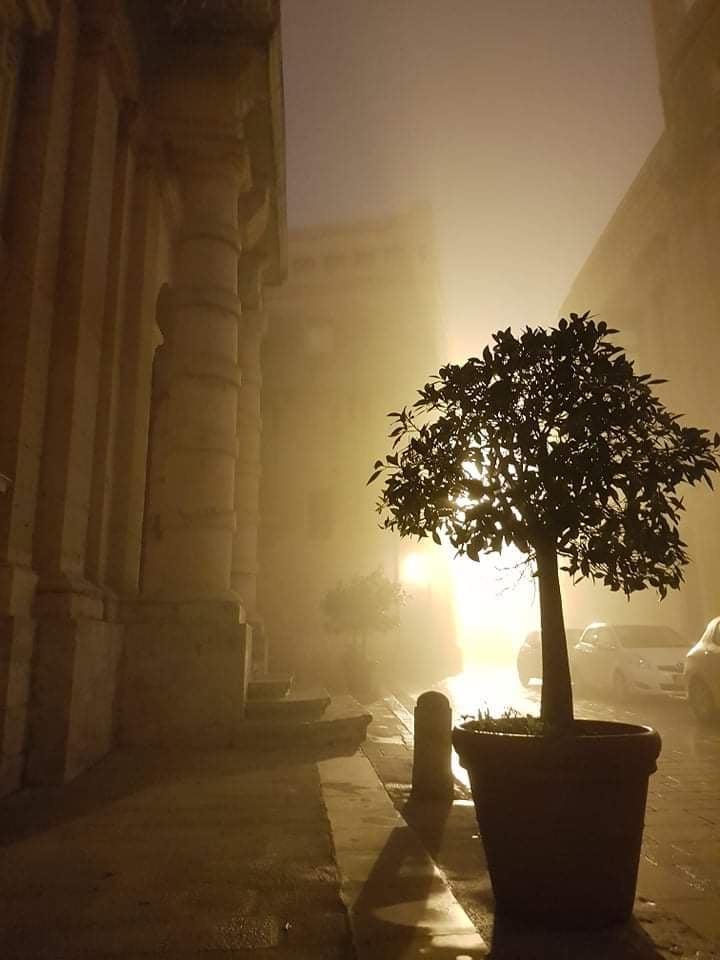 While these are common in this part of the Mediterranean, weak cold fronts are not regular weather phenomena for Malta, particularly at this time of year, it said.

Wednesday’s weather was characterised by low clouds, together with mist and fog patches, and it was hard to pinpoint what the wetness was and whether it was actually raining.

The suspended rain droplets were drizzle drops, the meteorologists clarified, saying these are so small and light that they are often blown by the wind and seem to hang in the air as was the case due to the weakness of Wednesday's front.

The humidity level on Wednesday reached 100 per cent, which is not rare in these types of situations, the weather forecasters said, given that the air is saturated with water.

A level of 100 per cent humidity is, in fact, a common occurrence during nighttime, but especially in the summer months.

Going forward, the Met. Office has issued a yellow warning, forecasting a strong Northwest wind, which will back West Northwest.