The EU is moving very fast on the question of daylight savings time, promising to have a definite decision early next year. By the end of March 2019, if a consensus is reached to abolish the seasonal clock change, it will be up to each country to keep either the summer or winter time – forever. Neville Zammit analyses the issue.

Most of the EU Member States have had a long tradition of seasonal arrangements, many of which date back as far as World Wars I and II or to the oil crisis in the 1970s. Historically, Member States introduced clock changes to save energy (mostly coal for electricity production) and be in line with their neighbouring countries.

However, the date on which clocks were changed was different in different countries. This was a source of problems in the internal market, notably for the transport and energy sectors, which would arise from an uncoordinated application of clock-changes (diverging days) over the course of the year. European measures were gradually introduced to harmonise the date of the switch, leading to a Directive in 2000, currently in force.

When the US passed the Uniform Time Act in 1966, it gave rise to the myth that the extra daylight would give farmers more time to harvest their produce in the morning. In reality, it has the opposite effect, and farmers tend to have been the loudest critics of daylight savings time (DST) over the past several decades.

One of the main reasons DST picked up steam in North America after the world wars was because department stores lobbied for the practice. Why? Well, more daylight means more business: commuters leaving work while the sun is still shining are more inclined to shop before they make their way home.

Internationally, DST arrangements are observed in about 60 countries, mostly in North America and Oceania. A growing number of EU neighbours or trading partners have either chosen not to apply or to abo­lish DST arrangements: these examples include Iceland, China (1991-), Russia (2011-), Belarus (2011-) and more recently Turkey (2016-).

An online consultation gathered 4.6 million responses from all 28 Member States, the highest number of responses ever received in any EU public consultation. Eighty-four per cent of respondents said they are in favour of putting an end to the bi-annual clock change. Fifty-four per cent of the Maltese polled were in favour of abolishing the hour change.

The hour change has immediate effects on every aspect of daily life, ranging from the mundane to the very serious. You feel groggy driving to work, kids at school are fazed too. Hospital emergency rooms report being busier the week after an hour change. It’s almost always a bad day for anyone making a living dealing with computers.

Animals with milking and feeding routines are unsettled; even roadkill increases in countries where wildlife gets caught out by earlier cars on the autostrada.

Not to mention the aggregate time wasted in adjusting manual clocks and the inevitability that some people will always have their car clock off by an hour for half the year.

The Commission proposed to stop the bi-annual clock changes in the EU in 2019. This would put an end to the practice of changing the clock forward by one hour in March and backward by one hour in October. In order to avoid any fragmentation in the internal market, Member States will decide whether they want to maintain permanent summer- or wintertime.

The last mandatory change to summertime would take place on Sunday, March 31, 2019. After this, the Member States wishing to permanently switch back to wintertime would still be able to make one last seasonal clock change on Sunday, October 27, 2019. Following that date, seasonal changes would no longer be possible.

This timeline is conditional on the European Parliament and the Council adopting the Commission’s proposal by March 2019 at the latest. 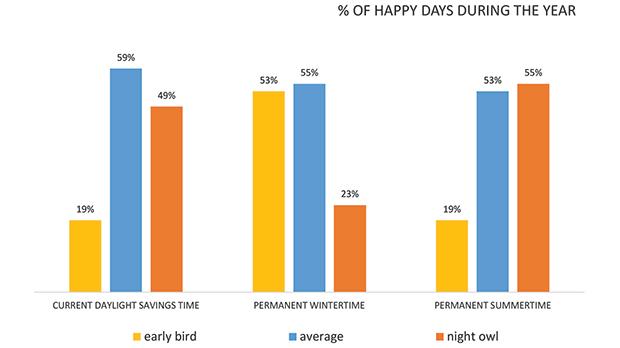 The government has decided to conduct a national online public consultation, to help form its position ahead of discussions at EU level. This consultation is being conducted on https://meae.gov.mt/en/Public_Consultations/MEAE/Pages/Consultations/Public-Consultation-on-Summertime-Arrangements-.aspx.

This is open to anyone holding a Maltese ID card or valid registration number. There are only a couple of simple questions in this poll but forming your opinion is probably not that straightforward.

It may be worth stating the obvious that since sunset and sunrise times are a natural phenomenon and not affected by our time schedule the amount of daylight throughout the year is unaffected by our decision. Therefore, the longest and shortest days remain the same, of course. It is only our mindset and our work, school and sleeping patterns that may be affected by this decision. 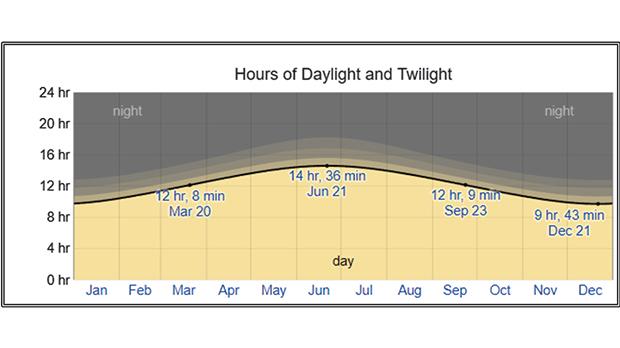 This issue has been studied countless times from myriad different perspectives. Most studies are either outdated, complicated, conflicting or too narrow in their scope. The studies are also highly localised, in the sense that an analysis of the DST effects in the UK will be irrelevant to Malta. Therefore, I am here trying a simplified approach in presenting scenarios to help readers gauge their own preferences.

Early birds tend to prefer early daylight – say, they love it when the sun rises before 6am and are content if it sets any time after 5pm.

Night owls tend to prefer a longer lit evening – say, they are content if the sun rises any time before 8am and love it when it sets later than 7pm.

The averages would sit somewhere in between the two extremes – 7am sunrise and 6pm sunset.

When a day aligns with a personality preference this is considered as a ‘happy day’ for them. Therefore a ‘50 per cent happy days for night owls’ means that half of the 365 days of the year are to the night owl’s liking. These values will naturally vary depending on the time schedule we adopt. The following are the options:

Current Daylight Savings Time – our current arrangement. This status quo will only be available in the future if a consensus on its abolishment is not reached at EU level. As things stand, this is still possible.

Permanent Summertime – this means that we change the hour one last time in March 2019 and leave it at that permanently.

Permanent Wintertime – this means that we change the hour one last time in October 2019 and leave it at that permanently.

After checking how each day of the year lines up with each persona­lity preference at each timing arrangement option, the results are as follows:

The conclusion is that it’s complicated.

Permanent wintertime benefits early risers, while permanent summertime favours the night owls. For the average personality, on the other hand, the current timing arrangement is best but similar across the alternatives.

One may be inclined to think that more people would prefer permanent summertime to enjoy the extending evening hours. But what if, as a consequence of permanent wintertime, and the extra light early in the morning, school and work start times are moved to an earlier time? Will extended daylight in the evening push commercial businesses to open till later, negating the gains to their workers? As you can imagine, permanent winter or summertime may both initiate changes in our lifestyle patterns that were otherwise unlikely given we have only known DST time throughout our recent history.

Therefore, while it’s highly debatable which one is best on a national level, it should now be easier to see how keeping the same hour or not would affect you.

In my opinion, given the documented costs and troubles brought by hour changes, we should definitely abolish it. However, choosing which time to settle on is clearly a highly personal matter and one with possible unpredictable effects.

Neville Zammit, MSc, is a business analyst by day and an economist by night. For more information and a copy of the data used, e-mail him on neville90@gmail.com.