The first edition of the Malta Business Awards took place last Friday, October 28 at the Mediterranean Conference Centre in Valletta. The event was organised by the Malta Chamber of SMEs in partnership with Malta Enterprise. Over 20 awards were given to enterprises from various sectors, to celebrate their achievements and create a platform for recognition and inspiration for other companies.

Minister for the Environment, Energy and Enterprise Miriam Dalli said: “This moment should serve as inspiration for enterprises to be more sustainable, digital, catering for their client’s needs, offering good quality products whilst also ensuring competitiveness. The Malta Business Awards serve as a means to learn from each other’s success stories, as well as for enterprises themselves to define the next steps to improve their processes.” 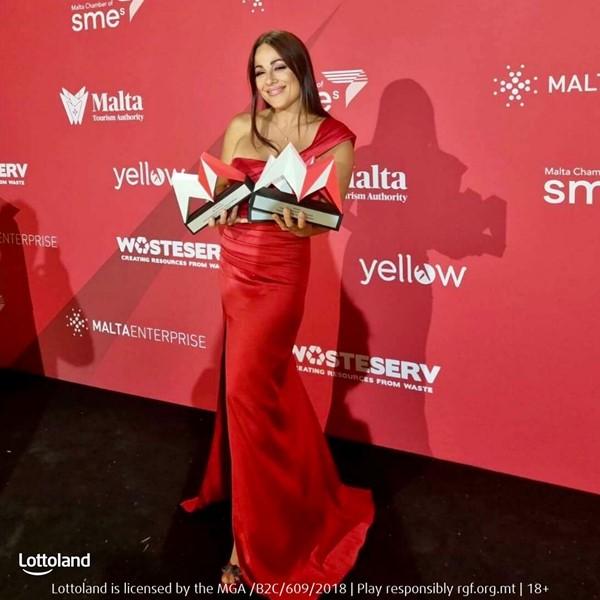 More than 300 applications were received across four categories: Social Impact, Green Initiatives, Best in Business and Innovation, and Digitalisation. The evening was the moment of truth for 110 finalists who had been eagerly awaiting final results since the shortlist was announced in mid-October, after a rigorous application process under the scrutiny of an independent judging panel.

In a lavish gala ceremony, more than 600 guests including finalists, business leaders and VIPs, were treated to a fun evening hosted by Keith Demicoli. All finalists received a certificate commemorating their achievement. The winners, first and second runner up for each category also received a memento, made up of 100% recycled materials making it both sustainable and eco-friendly.

The prestigious list of businesses that were recognised included everything from small and novel companies, to enterprises that have been established on the Maltese islands for over a hundred years. A special President's Choice Award presented by Paul Abela, President of the Malta Chamber of SMEs, went to Robert Arrigo & Sons in memory of the late Robert Arrigo.

Lottoland was the biggest winner on the night, taking home a total of three trophies. These included first place in the Exceptional Wellbeing at the Workplace and Carbon Neutral Commitment categories, as well as runner up for Best CSR Initiative. Last year Lottoland, was the first iGaming company to achieve a carbon neutral status. To date the leading online lotto operator has planted over 2 million trees worldwide, including a thousand in Malta together with local NGO Saġġar.

"We believe in making Lottoland an ambitious organisation that puts great dreams at the heart of its actions. Working alongside our Maltese customers, we are taking decisive action to create a better world that enables people, animals and the environment to flourish," said Ira Losco, Lottoland’s ambassador for Malta. The company has recently set up a Foundation, to make a positive contribution in all the communities it operates in and is expected to renew its partnership with Nature Trust Malta’s Wildlife Rescue Team in the coming days.