A court hearing in a libel case involving Gozitan civil society activists ended acrimoniously today after a witness claimed that he had been threatened outside the courtroom.

Mr Caruana's newspaper had carried an article in January 2016 which alleged that Mr Mercieca was in a quandary because he had failed to produce documents relating to EU funds received by the Gozo NGOs Association. 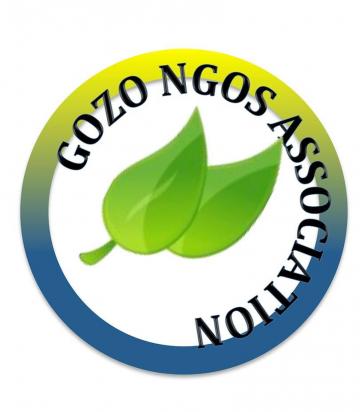 The libel case centres on documentation related to EU funding for projects by the Gozo NGOs Association. Photo: Facebook

Once Mr Camilleri had testified today and the case was adjourned, the parties left the courtroom. However, a couple of minutes later, Mr Caruana's lawyer Yana Micallef Stafrace burst into the hall claiming that Mr Camilleri had just been threatened by Mr Mercieca.

The parties were summoned back and Mr Camilleri returned to the witness stand to explain how Mr Mercieca had allegedly approached him in the corridor outside and asked whether he had been given permission to exhibit Association documents in court.

Lawyer Roberto Montalto, who claimed to have witnessed the exchange, informed the court that the facts were somewhat different to those reported by Mr Camilleri.  Dr Montalto was counsel to Mr Mercieca.

The court, presided by magistrate Francesco Depasquale, ordered the police commissioner to investigate the incident and to report back with findings within three weeks.

During his testimony, Mr Camilleri told the court that Mr Mercieca was in charge of funding for projects handled by the Association.

Mr Camilleri insisted that he had never been in possession of original documents related to these projects, adding that these were handed over to the NGOs Association president or secretary.

Asked about cheques issued by the Association, the witness said that as treasurer, his job was to sign these documents together with the president. On certain occasions, he would endorse a cheque before an invoice was issued, Mr Camilleri declared.

Questioned by the defendant's lawyer, the witness explained that Mr Mercieca had always insisted that he would hand over all invoices and receipts related to a project once it was completed. Mr Mercieca, as

As Association secretary, Mr Mercieca, had always insisted that all documentation was filed so as to be submitted to the authorities when requested, the witness explained.

Mr Camilleri recalled one occasion when he met the association president and secretary at a cafe' in Victoria to endorse a payment to be made by Mr Mercieca.

The amount payable was not filled in since the invoice was not yet available, the witness recalled, adding when pressed by the defendant's lawyer that that there was never any reason to doubt Mr Mercieca's trustworthiness.