Will it be Norway's banana-eating wolves, France's coven of witches or Britain's space man?

Or maybe a Greek with a death wish, a slinky Lithuanian chanteuse with a jet-black bowl cut or a Serbian germaphobe?

The line-up for Saturday's grand finale of the Eurovision Song Contest is typically outlandish, but with the roars of war on the continent's eastern front, a hiphop lullaby from Ukraine is the song to beat.

Riding a wave of public support following Russia's invasion, Kalush Orchestra's tribute to the motherland is the bookmakers' favourite to triumph at the world's biggest live music event, watched by tens of millions of people.

Kitschy and quirky, Eurovision embraces the eccentric and the contest's 66th edition held in Italy's northwestern city of Turin is no exception, with its national competitors exemplifying the contest's central charm -- anything goes.

That's good news for Norway, whose Subwoolfer performs "Give that Wolf a Banana" dressed in cartoonish yellow wolf masks with long white fangs and France's Alvan & Ahez, whose "Fulenn" sung in Breton celebrates nocturnal dancing with the devil.

And not to be outdone is Serbia's Konstrakta, who scrubs her hands onstage while reflecting on Meghan Markle's well-hydrated hair in a subtle critique of national healthcare in "In Corpore Sano". 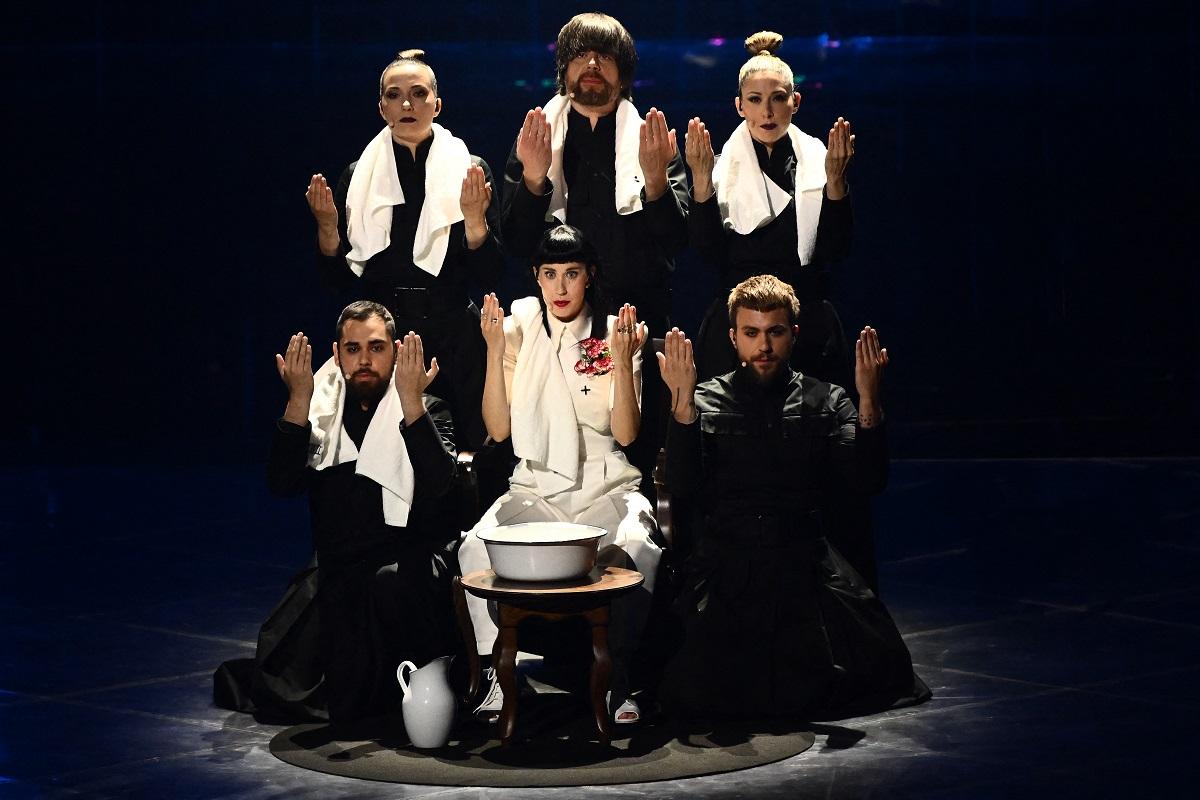 Singer Kontrasta performs on behalf of Serbia during the second semifinal of the Eurovision Song Contest.

The joy of Eurovision is in the camp and the clowning, although the nearly three-month war in Ukraine hangs heavily over festivities.

The European Broadcasting Union, which organises the event, banned Russia on February 25, the day after Moscow invaded its neighbour.

Ukraine's Kalush Orchestra is heavily tipped for victory amid an outpouring of empathy in Europe for the country's plight -- as well as genuine appreciation for their unique song, "Stefania".

Written before the war, the song mixes traditional Ukrainian folk music with an invigorating hiphop beat and nostalgic lyrics recalling the motherland.

The band has pulled off a crowd-pleasing cultural mashup with the sound of obscure flute-like folk instruments and the sight of embroidered ethnic dress onstage added to breakdancing and rapping.

Representing Ukraine at Eurovision while loved ones suffer back home has been tough, frontman Oleh Psiuk told AFP.

"We have one band member who joined the territorial defence of Kyiv on the third day of the war," and who remains at the front, Psiuk said.

"We are very worried about him, and we hope to see him safe once we are back."

Other more sober offerings include Greece's "Die Together" by Amanda Georgiadi Tenfjord and "Brividi" (Shivers), a duet from Italy's Mahmood and Blanco.

Italy hopes the gay-themed love song will bring it a second consecutive Eurovision win after last year's "Zitti e Buoni" (Shut up and Behave) from high-octane glam rockers Maneskin, who will perform at Saturday's finale. 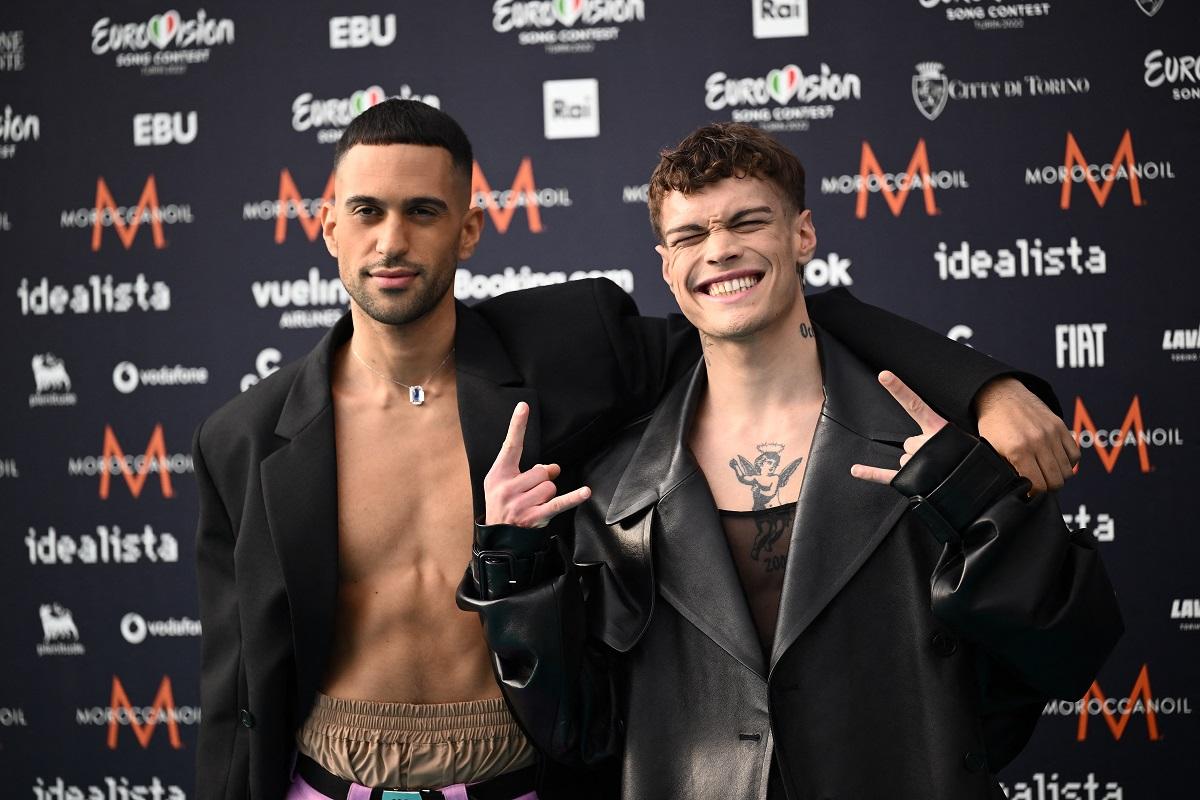 After a quarter century of being shut out from the top spot, Britain hopes it has found a winner in "Space Man", whose stratospherically high notes belted by the affable, long-haired Sam Ryder has made it a serious contender.

On the fashion front, Lithuania's Monika Liu has generated as much social media buzz for her bowl cut hairdo as her sensual and elegant "Sentimentai".

Meanwhile, Sheldon Riley of Australia -- one of Eurovision's few non-European entries -- has sung his personal self-affirmation ballad "Not the Same" through a sparkling face veil laden with crystals.

And since no Eurovision is complete without a smattering of gyrating and undulating bodies onstage, Spain's Chanel comes to the rescue with "SloMo" and its memorable "booty hypnotic" refrain.

Votes for Eurovision's winner are cast by music industry professionals and the public from each country, with votes for one's home nation not allowed.