Updated 2pm with ministry reaction below -

While Malta has made progress in terms of gender equality, women still earn an average of 88 cents for every euro a man makes per hour – resulting in a gender pay gap of 12 per cent, according to an EU equality report.

The ‘Gender Equality Index 2019: Work-Life Balance’ places Malta in the 15th place, out of 22 EU countries surveyed, and shows that Malta has the largest gender gap in the EU when it comes to women in employment. The full-time equivalent employment (FTE) rate stands at 56% for women and 95% for men. This rate refers to the number of jobs (full and part time) converted into full-time-equivalent hours.

The report, issued by the European Institute of Gender Equality, paints a picture most women in Malta know already – that, as in other EU countries, there are less women in employment than men.

Being a parent continues to hinder women, but not men, in the labour market

Many of those women who work are paid less than their male counterparts and face inflexible working hours – a reality also faced by men. And, to add to the pressure, women still take on the bulk of the responsibilities at home – a reality seen across most EU countries.

Designate EU Commissioner for Equality Helena Dalli has pledged to work towards addressing the gender pay gap in the first 100 days.

“Being a parent continues to hinder women, but not men, in the labour market…The disproportionate weight of care duties on mothers limits their participation in or forces their withdrawal from the labour market,” the report states.

The report looks at the situation across all EU countries to see how far each country is from reaching gender quality. Countries are scored using a scale from one to 100, where one is for total inequality and 100 is for total equality.
The report looks at a range of domains including work, money, knowledge, time, power and health.

The EU is still far from the finish line

“Although the EU has progressed towards gender equality, developments are uneven between Member States.

Italy and Cyprus have improved the most while Lithuania is the only country not to have made any progress in gender equality since 2005. In some do¬mains, progress has slowed, stalled or even regressed. We are still far from the finish line,” the report states. 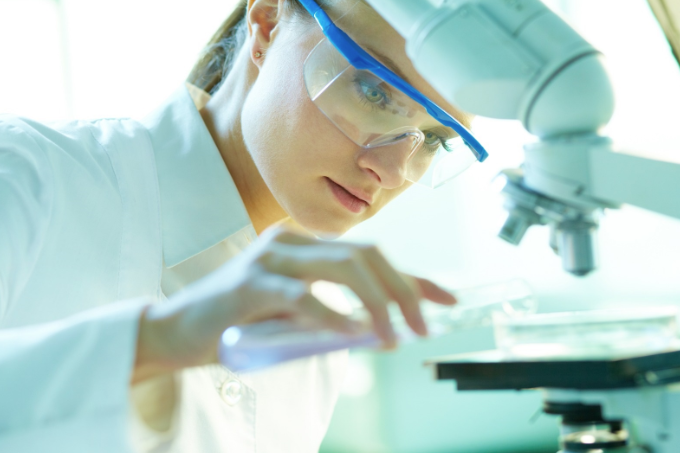 Between 2005 and 2017 Malta’s score increased by 6.5 points showing that Malta is progressing towards gender equality, moving at a faster rate than EU average, the report shows.

How did Malta perform?

While the monthly earnings of both men and women increased since 2005, the gender pay gap remains at 12%. Malta’s score in the domain of money is 82.5, showing progress of 12.2 points since 2005, driven by improvements in the financial situations of both women and men. Mean monthly earnings almost tripled for women and men between 2006 and 2014, but the gender gap persists.

Malta’s score in the domain of work is 73.3, showing progress of 12.5 points since 2005, with significant improvement in the sub-domain of participation. The employment rate (of people aged 20-64) is 63% for women and 86% for men. With the overall employment rate of 75%, Malta has reached its national EU 2020 employment target of 70%.

The gap is much higher among couples with children (39 percentage points). Around 25 % of women work part-time, compared to 7% of men. On average, women work 36 hours per week and men work 41 hours. The uneven concentration of women and men in different sectors of the labour market remains an issue: 30% of women work in education, health and social work, compared to 10% of men.

Malta scored lowest in the EU for the power domain where it was awarded 32.2 points – a 4.4-point increase since 2005. Power was the most gender unequal in the entire index across the EU.

The highest scores in the sub-domain of political power (parliaments, ministries and regional assem¬blies) belonged to Sweden, France and Finland, and the lowest to Hungary, Cyprus and Malta.

While the country improved in the sub domain of social power, the situation worsened slightly in the case of economic power. This was mainly driven by a drop in the share of women on the board of the central bank (from 25% to 15%), between 2005 and 2018.

In the domain of time, Malta’s score is 64.2. Women take on more responsibilities in family care: 42% of women care for and educate their family members for at least one hour per day, compared to 25% of men.
Among women and men in couples with children, women are much more involved in daily care activities (85%) than men (58 %).  Around 81% of women do cooking and housework every day for at least one hour, compared to only 37% of men.

Malta’s score in the domain of health is 92.1, with a 1.4-point increase since 2005. Malta ranks third in the EU in the health domain following Sweden and the UK. The overall level of health satisfaction increased for women (from 69% to 74%) and for men (from 74% to 77%) between 2005 and 2017. Malta has the sixth highest health satisfaction rate in the EU. Malta has the third lowest percentage in the EU for unmet medical needs, and the fifth lowest percentage for unmet dental needs.

Malta reached its national EU 2020 target of having 33% of people aged 30-34 obtain tertiary education. The current rate is 34% (37% for women and 32% for men). Participation in lifelong learning increased for both women and men between 2005 and 2017. The uneven concentration of women and men in different study fields in tertiary education remains a challenge. Around 49% of women students and 28% of men students study education, health and welfare, or humanities and art.

Access to flexible working arrangements is lower in Malta than in the EU - where 57 % of women and 54 % of men have no control over their working-time arrangements.

Around 72% of both women and men in Malta are unable to change their working-time arrangements. The private sector provides more flexibility over working time to both women and men (67% and 66% have no control over their working-time arrangements), compared to the public sector (83% and 85 %).
Even though there are more women than men working part-time in Malta, fewer women (24 %) than men (41 %) part-time workers transitioned to full-time work in 2017. The gender gap is wider than in the EU, where 14 % of women and 28 % of men moved from part-time to full-time work.

“Flexible working arrangements, such as opportunities to transition between part-time and full-time work, flexibility in working hours and remote work, typically give employees a greater ability to control how much, when and where they can work. If carefully designed — keeping in mind the different needs of women and men — flexible working arrangements can make it easier to balance work and family life. They can also support people with caring responsibilities to enter the labour market as full-time employees,” the report states.

In a reaction, the ministry responsible for equality observed that Malta was the fourth country with the most progress in narrowing the gender gap between 2015 and 2017.

The progress made by Malta exceeded the EU average in all sectors except decision making and 'time'.

Malta's strongest progress was in the jobs sector.

The ministry said it is committed to addressing the inequalities which still exist in Maltese society.