This month, the Malta-based European Foundation for Support of Culture held the awards ceremony of their Classic Piano International Competition at the Dubai Opera, a prestigious event announcing the winners of the internationally-recognised piano competition that has seen hundreds of participants from around the world. In addition to the event’s eight prizes given to those demonstrating the most accomplished performances in the competition, Classic Piano also awarded a special prize for ‘The Best Performance of a Maltese Composition’. The Maltese pieces featured in the event’s repertoire included works by Charles Camilleri, Mariella Cassar, John Galea, Albert Garzia, Albert Pace, Reuben Pace, Manoel Pirotta and Joseph Vella. The event took place as part of the renowned InClassica International Music Festival, a 30-day event being held in the UAE’s most populous city featuring performances at Dubai Opera and the Coca-Cola Arena. 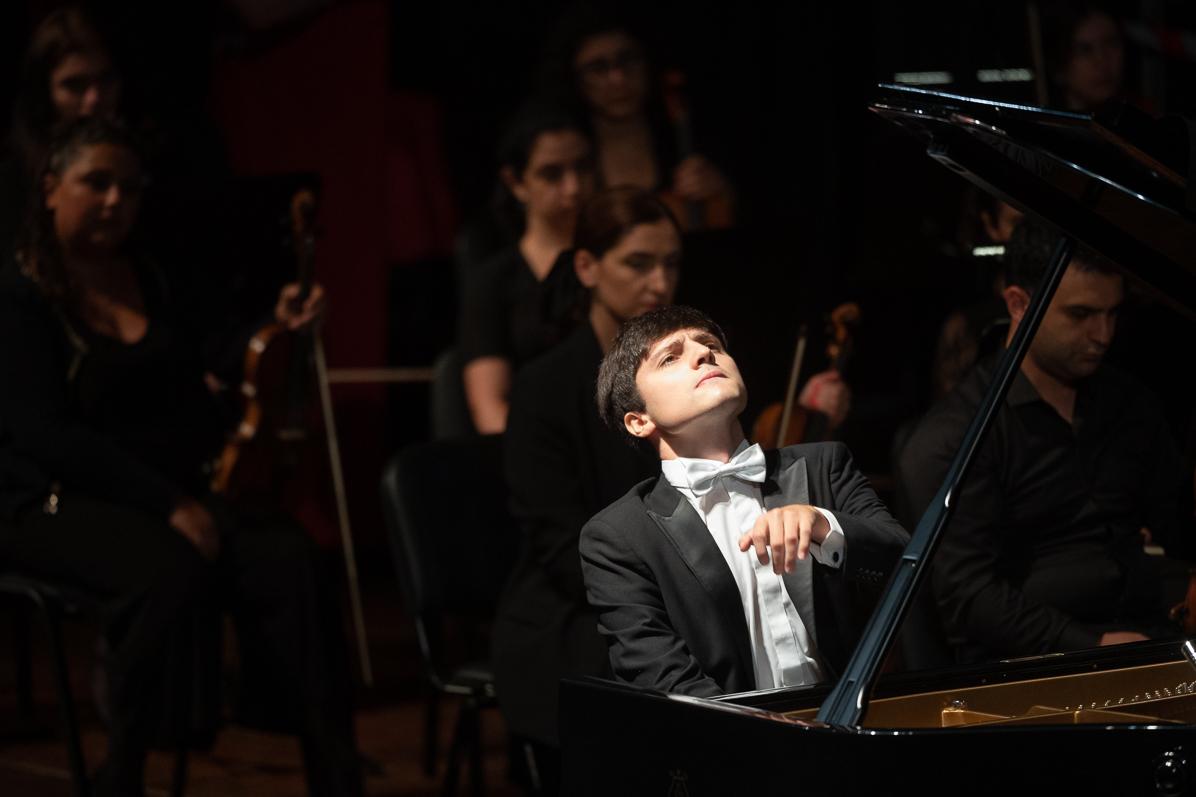 Piano competitions have long represented a shining and much-sought-after prestige in the world of classical music, with luminaries of such events frequently going on to carve out respected and enduring international performing careers. The latest such addition to this worldwide pantheon of events is the Classic Piano International Competition, an initiative as ambitious in its aims as its global reach. Boasting a unique selection process, a highly distinguished panel of judges and a record-breaking top prize, Classic Piano has already caused a considerable stir in classical music circles, and is on track to become one of the biggest names in the genre worldwide as it continues in its bi-annual progression.

“Maltese composers, whose compositions are featured in the programme of the first round, are new to me, but the selected works are quite bright and interesting. I would like to get to know them better. There is a whole world behind each name, a whole cosmos,” said Georgs Pelecis, first president of the Ancient Music Centre of Riga and Professor at the Latvian State Conservatory. 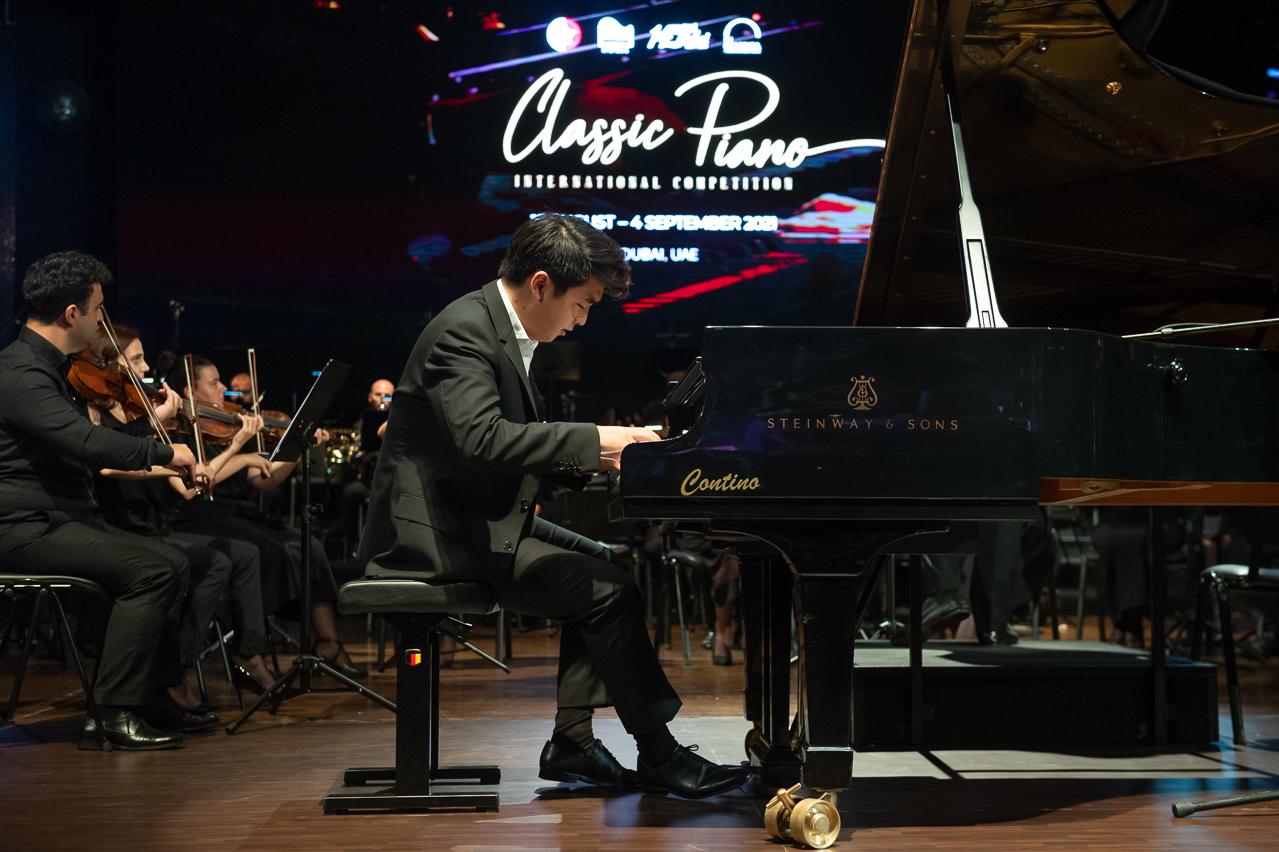 The event in Dubai represents the culmination of over two years of work on behalf of both the organisers and participants, with the finalists competing in the UAE chosen from the extensive ‘14 Ways to Dubai’ project, a series of piano competitions in fourteen cultural centres around the world, which, in addition to their significance and prestige as events in their own right, also served as preliminary rounds for the Classic Piano competition taking place this summer in the Middle East. The five top-ranked participants from each of the ‘14 Ways’ were invited to participate in Dubai, prompting a veritable ‘competition of winners’ for the final stage. The competition was fought across four rounds, with the final two rounds featuring the candidates performing alongside the Armenian State Symphony Orchestra conducted by the Principal Conductor of the Malta Philharmonic Orchestra, Maestro Sergey Smbatyan. The ‘14 Ways’, beginning in 2019 and ending earlier this year, presented competitions in Hamburg, Vienna, Washington DC, Shanghai, Tel Aviv, Tokyo, Rome, Zurich, Seoul, London, Antwerp, Berlin, Moscow and Yerevan, with each event awarding the winners prize money and a chance to continue their involvement in Dubai.

“For me personally it was a revelation, the previously unknown works of Maltese composers that were in the programme. And they just give everyone the opportunity to fantasise and play the way he imagines it, because there are no clichés or traditions that musicians could rely on,” said Vladimir Ovchinnikov, winner of the International Tchaikovsky Competition in Moscow (1982) and Leeds International Piano Competition (1987), professor at Moscow Conservatory.

The Classic Piano International Competition attracted a selection of the finest young pianists in the world today, with competitors travelling from across the globe to attend the Dubai-based grand finale. It is therefore especially noteworthy that such an illustrious and wide-reaching event included a composition of Maltese origin, with the rest of the repertoire seen in the competition overwhelmingly representing pieces spanning the already well-known canon of historic works by European composers. An additional factor to take into account is the undeniable benefit of promoting Maltese compositions amongst a group of virtuosic individuals who, due to still being at an early stage in their careers — the youngest of whom being aged only 13 at the time of writing — are perfectly placed to further explore, perform and promote further compositions from Malta’s treasure trove of classical composers throughout the rest of their lifelong musical journeys. Indeed, some pieces in particular made a particular impression on those in attendance, with Professor of Piano and Chair of Advanced Piano at the Royal College of Music in London, Dmitri Alexeev, noting: “There were many works by Maltese composers, and all very different. Some of them I quite liked, for example, the Sonatina of Joseph Vella. In my opinion, this is a very serious work that deserves to be on the concert stage.” 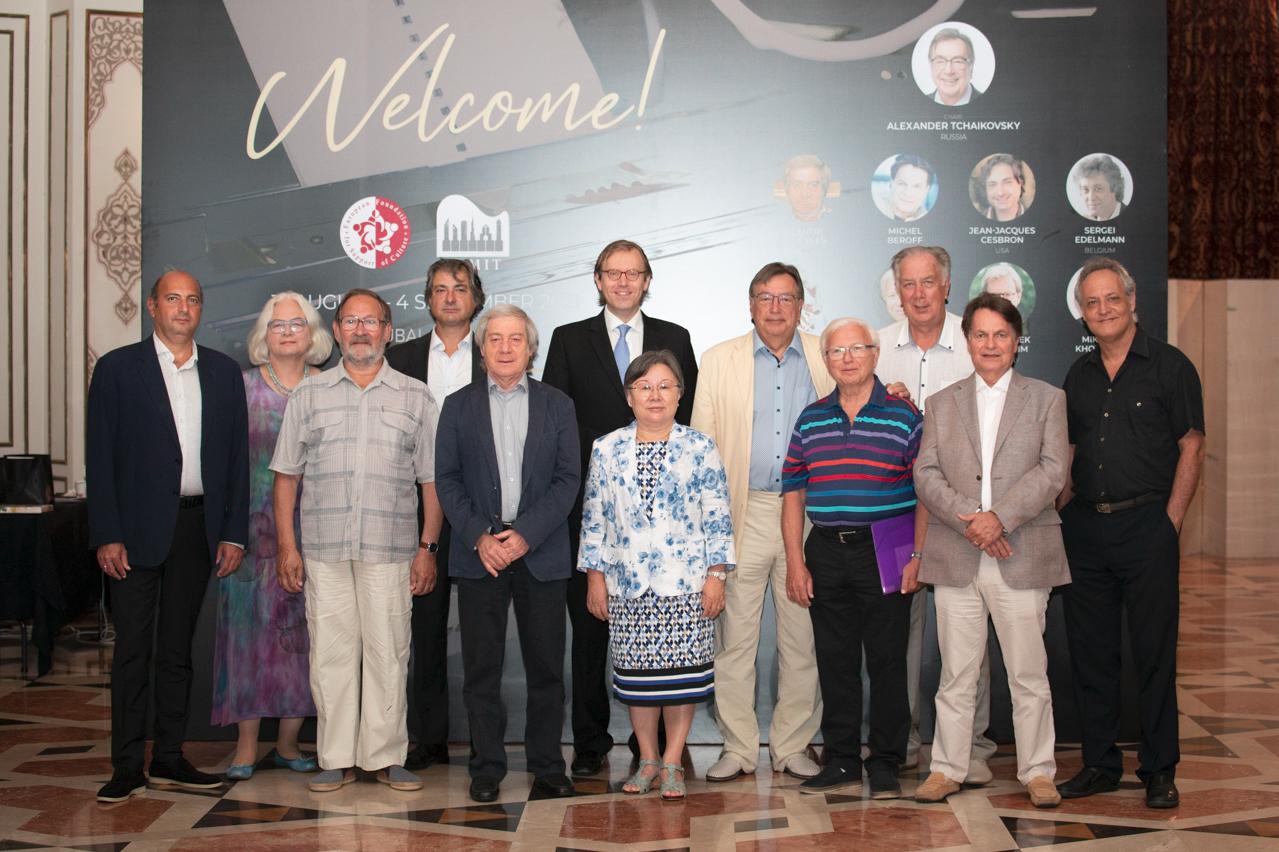 Another key point one must consider is the exposure of the works to the world-famous members of the jury selected to lend their considerable expertise to the proceedings. Counting numerous highly decorated performers, pedagogues, composers and musicologists on the panel, the judges for Classic Piano, when asked their responses to the works of Maltese origin unanimously spoke highly of the experience, citing the mix of European genres present in the style — reflecting, it might be arguably suggested, Malta’s unique multicultural past and present — and a desire to explore more such works. Michel Beroff, First Prize Winner at the first international Olivier Messiaen piano Competition (1967), Professor Emeritus at the Paris Conservatoire and Exclusive EMI artist for over 25 years, expounds further on this point: "I can see oriental influences in some pieces, sometimes it's a bit of pastiche, sometimes I even felt the influence of French music. Some music has language which is more modern, although most of them are not avant-garde — pretty classical writing. Sometimes you hear a distinct Maltese sound to it, but an island like this of course has influences from everywhere which help to nourish the imagination of all composers."

Offering his thoughts on the work, the Chairman of the Jury, Alexander Tchaikovsky — First Prize winner at the International Composition Competition at the Hollybush Festival in New Jersey, USA (1985), recipient of the City of Moscow Prize for Literature and the Arts (2011), Dmitri Shostakovich Prize (2011) and the Government of the Russian Federation Prize for Culture (2016) and Head of Composition at the Moscow Conservatory — said: “In the first round, the contestants were offered a number of works by Maltese composers, which they themselves chose. And I must say that from this list I really liked several pieces, and there were very interesting performances from the participants...the impressions, both of the pieces themselves and of the performers, were very strong. For example, Albert Pace’s Asteroid Fields and Ruben Pace’s Tidwir are nice pieces. I want to bring them to Moscow and let them play at the conservatory or college. They are not so difficult, but they have their own specifics: you need to come up with your own images, these are such tasks for expressiveness. Any competition should be very attentive to contemporary music and encourage performances. I like to hear something fresh.” 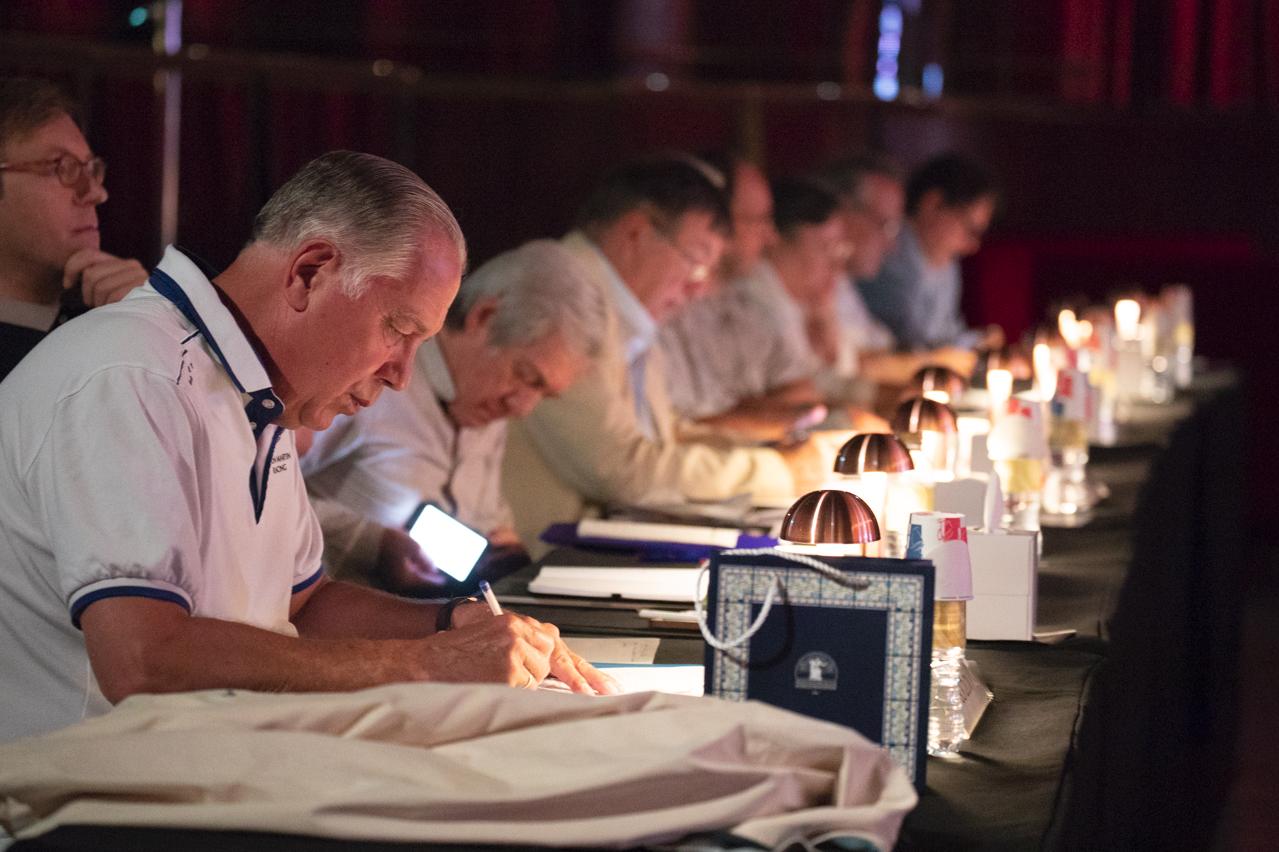 According to Pavel Gililov, renowned pianist and Professor of Piano at the Mozarteum in Salzburg, Artistic Director of the “Sommerclassics” International Chamber Music Festival, Winner of the Moscow National Piano Competition (1972) and Prize-Winner at the 1975 International Chopin Competition in Warsaw (1975): “A very wide palette of composition schools was presented. I am glad that the piano repertoire is expanding in this way. This music was unknown to the majority, and it seems to me that this is one of the very important initiatives, and we can only welcome such an initiative, which has become one of the goals of this competition. We listened with interest to a variety of works. And, of course, they reflect the history of the development of music, because different Maltese composers can feel the trends of large European trends, from dodecaphony [twelve-tone serialism] to naive painting, I would say... I am very pleased that the prize for the best performance of a work by a Maltese composer will be awarded.”

A competition on a global scale, Classic Piano also provided a unique opportunity for the exposure of Maltese classical music to those residing outside of Europe, with Hae-Young Kim, President of the Piano Society in Korea and Piano Professor and Head of the Piano Department at Chugye University for the Arts in Seoul, noting the competition as the first instance of her hearing music from the Maltese islands.

“This is the first time I’ve heard music by Maltese composers, and — especially for Korean people — it is quite unusual, and very surprising in many ways. It seems there are many interesting pieces, and I learned in this competition that there are many very good pieces. There is also quite a range in the style of compositions, and some are very technical, not easy.”

Aside from its numerous successes as a serious global event in its own right, the Classic Piano International Competition should be applauded for the new platform it has undoubtedly provided to Maltese composers, and it is this writer’s hope that this trend of exploration will continue long into the future. The exporting of culture is one of the defining and enduring legacies of any nation, and Malta, with its rich history and vibrant culture, deserves to continue shining brighter and brighter on the international stage.

“This competition not only represents a hugely rewarding event for the EUFSC due to the unique experience and exposure we were able to provide to phenomenal young musicians from across the globe, but in addition, for its value as a key new means of promoting Maltese culture overseas. Being based here in Malta, this is something very close to our hearts and something we are very proud to support," said Konstantin Ishkhanov, president of the European Foundation for Support of Culture

For full details of the event, visit the competition’s official website, and to view Classic Piano’s extensive series of performances, visit their YouTube channel. To learn more about InClassica and its extensive programme featuring 37 acclaimed soloists, seven celebrated orchestras and 12 leading conductors, visit the official website.