The World Health Organization chief on Monday warned countries to prepare for a "potential pandemic" of new coronavirus, calling the sudden increase in cases in Iran, Italy and South Korea "deeply concerning".

Tedros Adhanom Ghebreyesus also said, however, that a WHO joint mission to China that concluded on Monday found that the virus there "peaked" between January 23 and February 2 "and has been declining steadily since then".

"This virus can be contained," he told reporters in Geneva, praising China for helping to prevent an even bigger spread of the disease through unprecedented lockdowns and quarantines in or near the outbreak's epicentre.

An acceleration of cases in other parts of the world has prompted similar drastic measures. Italy has locked down 11 towns and South Korea ordered the entire 2.5 million residents of the city of Daegu to remain indoors.

It also caused falls of more than 3.0-percent in several European stock markets - with Milan plunging 5.4 percent - and a boost for safe-haven gold amid fears the epidemic could hit a global economic recovery.

The spread of the disease - officially known as COVID-19 - continued unabated with Afghanistan, Bahrain, Iraq, Kuwait and Oman announcing their first cases on Monday.

China also continued its preventive measures against the virus, on Monday postponing its agenda-setting annual parliament meeting for the first time since the Cultural Revolution in the 1960s.

The virus, first detected at the end of December, has killed more than 2,600 people so far - mostly in China.

No pandemic... so far

The WHO has declared it a global health emergency but has stopped short of calling it a global pandemic.

He added, however, that countries should be "doing everything we can to prepare for a potential pandemic. 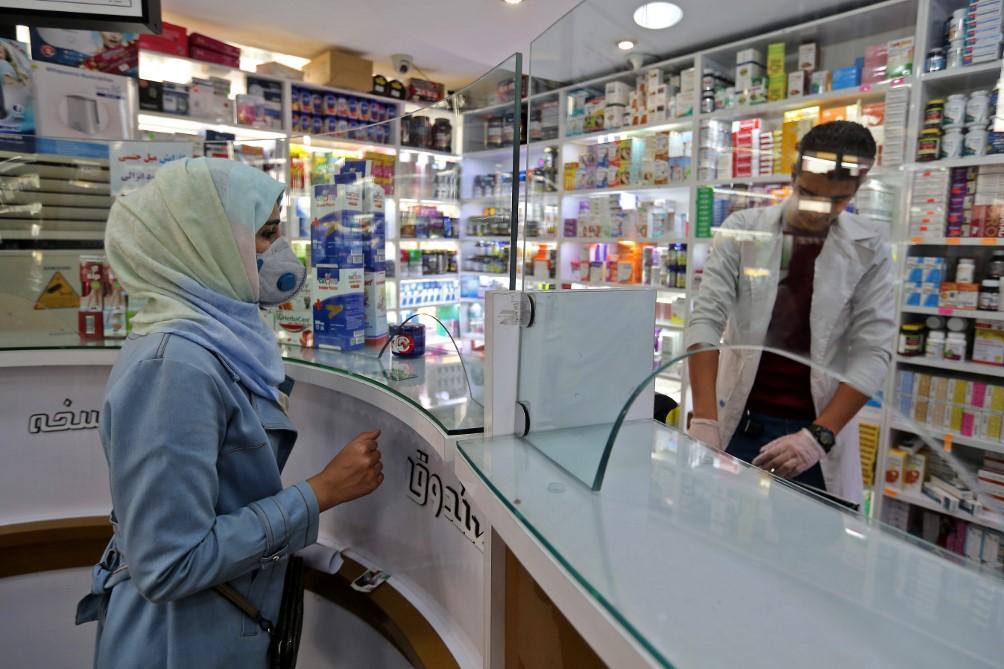 A woman wears a face mask as she shops at a pharmacy in Tehran, Iran. Photo: AFP

"What we see are epidemics in different parts of the world affecting countries in different ways and requiring a tailored response," he said.

Michael Ryan, head of WHO's health emergencies programme, said a WHO team had arrived in Italy on Monday and another was expected in Iran on Tuesday.

In Iran, the death toll climbed on Monday by four to 12 - the highest number for any country outside China.

But there were concerns the situation might be worse than officially acknowledged. The semi-official ILNA news agency quoted one local lawmaker in hard-hit Qom - a religious centre - who said 50 people had died there.

The Iranian government denied the report, and pledged transparency.

Even so, authorities have only reported 64 infections in Iran, an unusually small number that would mean an extremely high mortality rate.

Michael Ryan, head of WHO's health emergencies programme, said a team from the UN agency would be arriving in Iran on Tuesday.

But he cautioned against drawing any conclusions about the mortality rate. Iran "may only be detecting severe cases" because the epidemic was still at an early stage, he said.

"We need to understand the exact dynamics of what has happened in Iran, but clearly there have been gatherings for religious festivals, and then people coming and then moving afterwards," he said.

EU health officials foresee a "moderate to high" risk of more new coronavirus clusters of the type happening in northern Italy, they said in a statement after a meeting Monday.

The warning, by the bloc's Health Security Committee, echoed one by the World Health Organization which said countries around the planet should prepare for a "potential pandemic".

Separately, the European Commission said it did not see a basis at this time for border controls to be reimposed in the Schengen zone.

The EU Health Security Committee said a meeting Monday heard the latest on the situation in Italy, which has over 200 cases of infection and five deaths.

Italy's representative noted that France was urging its residents returning from the virus-hit northern region of Italy to stay home for two weeks in self-imposed quarantine. Italy was also to update the committee later on the situation in its ski resorts.

A risk assessment by the European Centre for Disease Prevention and Control noted that "the virus causing COVID-19 can transmit rapidly" and that the cluster in Italy did not have a clear direct source from a recent visitor to China, which has the biggest hotspot.

It added that "there are significant uncertainties regarding transmissibility and under-detection, particularly among mild or asymptomatic cases".

South Korea has also seen a rapid rise in infections since a cluster sprouted in a religious sect in Daegu last week.

South Korea reported more than 200 infections and two more deaths on Monday, bringing the total cases to more than 830 - by far the most outside China.

Eight people have died from the virus there, and President Moon Jae-in over the weekend raised the country's virus alert to the highest "red" level.

As part of the containment efforts, school holidays were extended nationally while the 2.5 million people of Daegu were told to remain indoors. 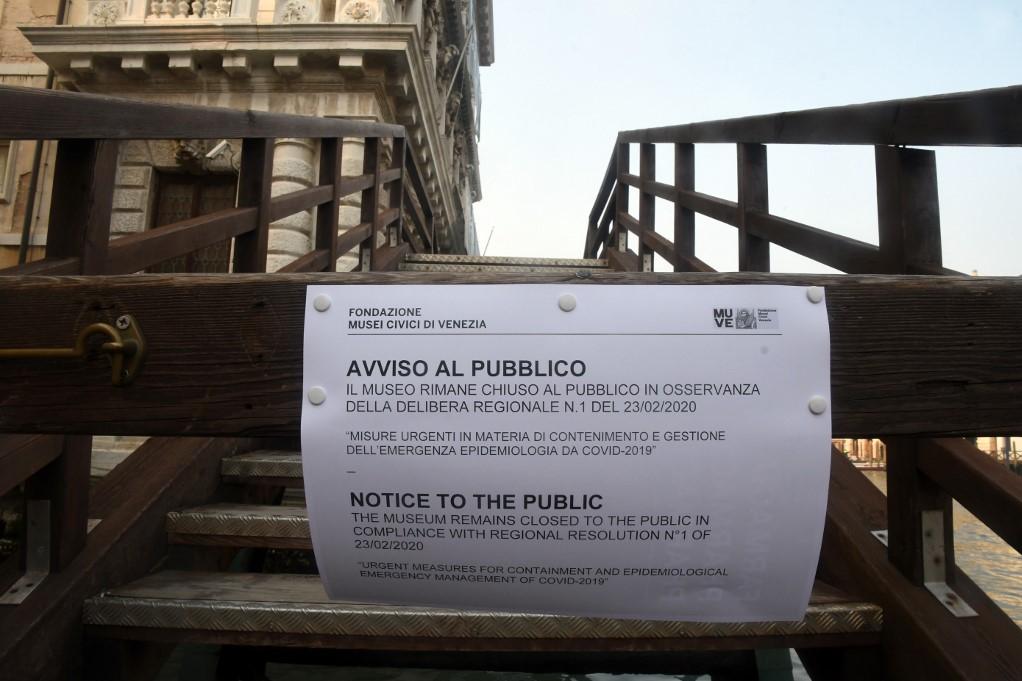 Attractions and museums in Venice have been closed to the public. Photo: AFP

Authorities in Hong Kong announced that from Tuesday it would not allow arrivals from South Korea other than returning residents.

Mongolia earlier announced it would not allow flights from South Korea to land.

"I am deeply concerned at incidents of xenophobia and hatred, discriminatory immigration controls and arbitrary repatriation," she said.

More than 200 people have been infected there, and several Serie A football games were postponed over the weekend.

More than 50,000 people in about a dozen northern Italian towns have been told to stay home, and police set up checkpoints to enforce a blockade.

Prime Minister Giuseppe Conte has said that residents could face weeks of lockdown.

The virus is taking an increasingly heavy toll on the global economy, with many factories in China closed or subdued due to the quarantines.

The International Monetary Fund warned Sunday that the epidemic was putting a "fragile" global economic recovery at risk, while the White House said the shutdowns in China will have an impact on the United States.

Bruce Aylward, leader of an international mission of experts, said it was time for China to start lifting some of the restrictions.

"Obviously they want to get society back to a more normal semblance of what probably is the new normal, because this virus may be around... for months," Aylward said.