The dry spell which has hit the Maltese islands since mid-autumn is set to become the worst winter drought in half a century, save in the unlikely event of the heavens opening up today.

The 76.3mm of rain measured in Luqa during the three months since the start of December is the lowest since 1966, Met Office records show.

The second driest three-month spell in this 50-year period occurred between December 1979 and February 1980 when the amount of precipitation measured was of 92.4mm.

And this February is also set to become the driest in at least five decades with virtually no rain (just 2.3mm), in sharp contrast with the monthly norm of 59.6mm.

Though the situation might seem less alarming when taking into consideration the 296.7mm of rain measured in Luqa since the start of last September, an overall average based on the other weather stations scattered across the island will give a different picture. As a matter of fact this would yield an annual rainfall of just 217.1mm mainly due to the fact that rural areas were the worst hit by the dry spell.

Meanwhile, the farming community is bracing itself for disaster, saying the low precipitation will put more strain on the water table and badly affect certain fruit species such as melon, water melon and cherry plum, which require constant watering.

Asked about the possible repercussions of excessive pumping from boreholes, a Malta Water Association spokesman said this would lead to a temporary increase in salinity of groundwater.

The existence of thousands of unmetered boreholes made it difficult to assess the situation, however, and the association reiterated its call for a water plan. 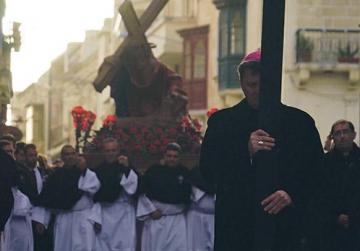 “Without reliable extraction data for private boreholes, as well as that by Water Services Corporation, a dynamic behaviour of the main aquifers cannot be constructed. This would allow modelling of the rate of decline and degradation of aquifer volume, salinisation rate, nitrate and other pollutants. Such information is fundamental to developing a national water plan,” the spokesman added.

The association said that the possibility of further droughts in the coming years, possibly as a result of the climate change phenomenon, made it even more imperative to have this plan in place at the earliest.

He noted, however, that were it not for human activity, the effect on the mean sea level aquifer would have been negligible as this was replenished over a period of years with wet periods compensating for dry ones. In addition, it could take up to 50 years for rainwater to seep through to the aquifer. Consequently, the impact of the last few years’ cumulative rainfall would not be felt immediately, the association said.

*Source: Luqa readings taken by Meteorological Office at the Malta International Airport since 1966.