A marker within an archaeologically important site in Xemxija has been destroyed, months after a private property label appeared on it and the surrounding site was vandalised.

The 1.4-metre-tall structure, which used to point the way to the Xemxija Heritage Trail, was reduced to a pile of rocks just over a week ago, according to a local resident who walks the trail regularly.

“This is the second time I’ve reported vandalism of the site. I’ve no idea who could have done it but between the motorcycles and the hunters it has become a nightmare up there,” he told Times of Malta. 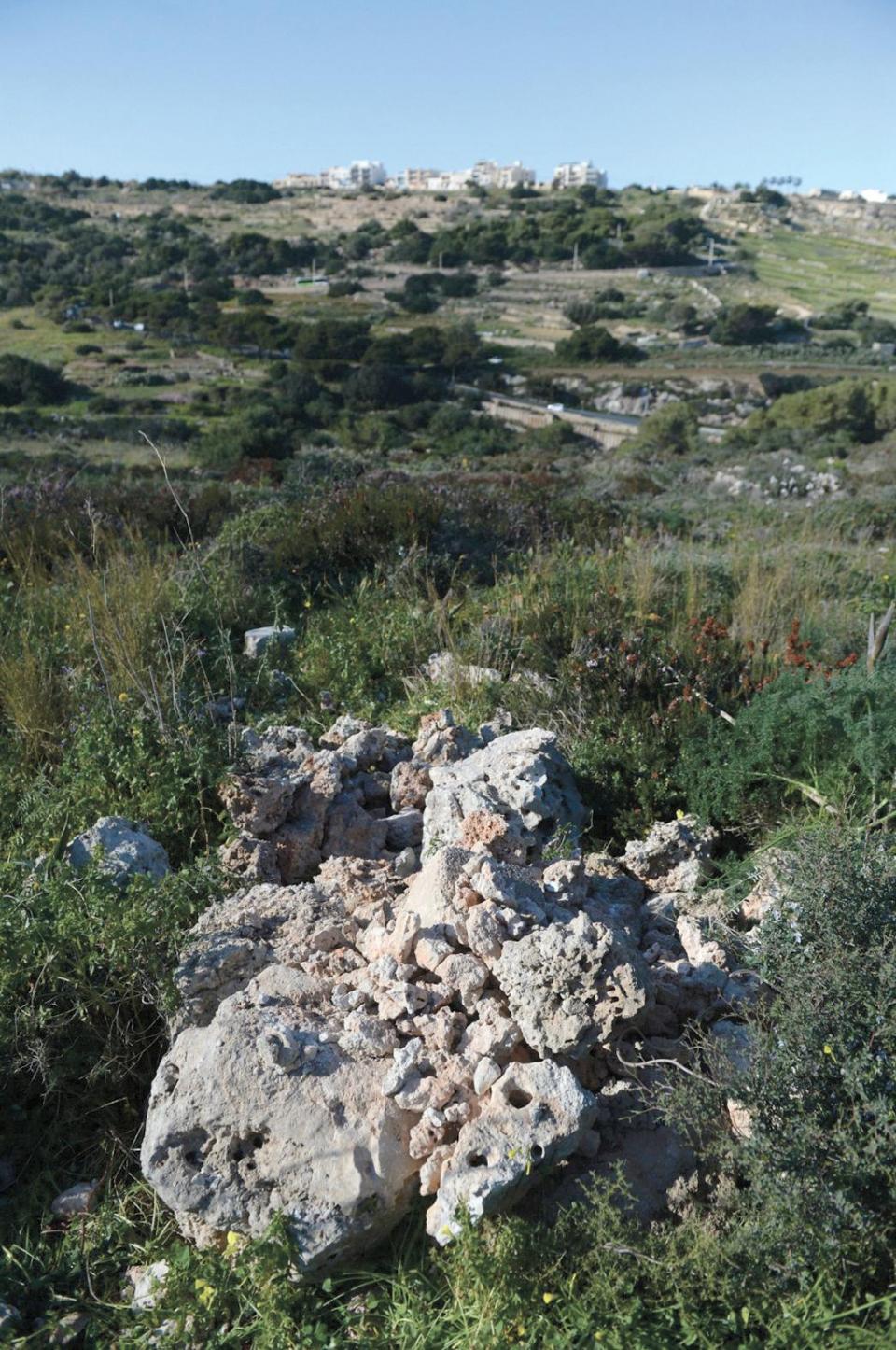 The marker reduced to a pile of rocks. Photo: Matthew Mirabelli

The track is a remnant of a Roman road dating back to the 1st century AD, according to the Malta Tourism Authority. It includes Roman baths, Punic tombs and ancient apiaries.

Last July, RTO signs, crosses and “private property” labels appeared on the ancient Roman road and site marker, sparking anger from residents, who reported the damage to the authorities.

Activist and resident Robert Fenech, who has been pressing for the local council to act on the vandalism, said he was shocked to see how ancient remains could be damaged without any consequence at all.

“The signs were painted on a piece of Maltese heritage dating back to Roman times – the actual rocks forming the ancient road. It’s astounding to think that the full force of the law was not brought down on the person responsible,” he said.

“I’m calling on the local council to do all it can to protect the unique historical legacy of St Paul’s Bay,” he added.

The mayor failed to answer questions about the vandalism.

The site is not government-owned and it is unclear who has title to the land.

The heritage trail lies just outside the wooded area of Miżieb, which is now managed by the hunters’ association.

One person living close by said there was tension between residents and hunters and complained of intimidation, especially during the hunting season.

“They walk on the Roman road and its verges with their guns shouldered and I’ve seen a couple of hunters fire their guns from the trail as well,” the resident, who preferred to remain anonymous, said.

“This is one of very few outdoor country spaces, yet, someone can legally discharge a firearm 40 or 50 yards from you and your family.”

The president of the hunters’ association did not reply to questions about the alleged tension in the area.