The deputy mayor of Xgħajra has been kicked out of the Labour Party after refusing to tender his resignation, the Times of Malta has learnt.

Labour Party sources said the party’s executive committee had struck Neil Attard off its register as a disciplinary measure, after he exhibited “unacceptable behaviour”. 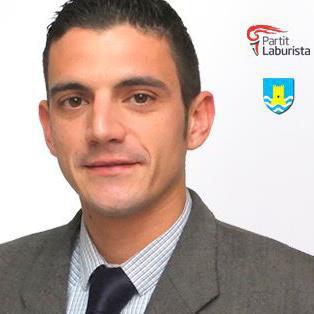 This newspaper last month reported how Mr Attard had been ordered to resign from the party after he allegedly threatened and harassed his former girlfriend.

A party spokesman had said Labour deputy leader Toni Abela had “demanded” that Mr Attard immediately steps down from the party. The councillor, however, did not resign.

Contacted for a reaction to the party’s decision to strike him off the register, Mr Attard did not comment. Confronted with his decision not to resign from the party he only said: “I kindly refer you to the person who initiated such information.”

Mr Attard is facing court action initiated by his former girlfriend who is accusing him of repeatedly threatening and harassing her – allegations he strongly denies.

This, however, is not his first brush with the law.

Back in 2010, Mr Attard was found guilty of theft from the council he now forms part of. He had been given a six-month conditional discharge for stealing an amount of money exceeding €233 from the council offices in 2000.

Mr Attard said this was a “complicated” case which had occurred several years ago. “I am not trying to justify what happened but I was with a friend who took that money. God forbid something that happened 16 years ago should preclude me from having any pursuits or a life,” he had said.

Despite being removed from the party register, Mr Attard can still serve on the council as an independent member.

Mayor Anthony Valvo defended his presence on the council, insisting being dismissed from a party did not preclude someone from sitting on a council.

Asked if he felt comfortable working with Mr Attard, Mr Valvo said he was not comfortable with the level of media attention he was receiving. He added that he had known Mr Attard for several years and noticed that his behaviour was improving.

“What I can say is that he matures a little more each year,” Mr Valvo said.