Xgħajra residents gathered in a small church hall on Sunday to plan ways to express their objection to the possibility of a major land reclamation project along the southern village’s coastline.

“First they built Smart City and we had to put up with all the dust and the mess and chaos; then we had the drainage outflow which poisoned our waters; now they want to take away the coast line. I’m sorry, no! This is just not acceptable, are we second class citizens?” one resident said, prompting cheers from the few dozen residents that packed the hall.

The Sunday Times of Malta last month reported that the environmental watchdog had singled out the coast of Xgħajra as the only viable location for a “major” land reclamation project.

Sources in the Environment and Resources Authority had said the stretch of south-eastern coast between Żonqor and Fort Ricasoli had been identified as the only possible site for any large-scale land reclamation projects. 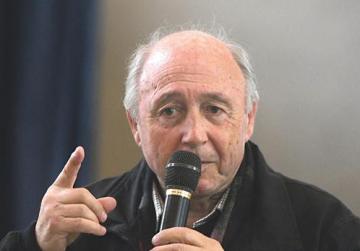 Far smaller projects could also be considered in other locations across the island, but with stricter controls and mitigation measures.

Following the report, the authority’s top brass had said other locations under consideration included Baħar iċ-Ċagħaq.

Government sources said developers keen on large-scale land reclamation investments were hoping to realise their dream projects in a number of other spots across the island and would likely not be keen on limiting them to the area around Xgħajra.

The seafront of Paceville and nearby areas was deemed preferable for investors seeking a return on the cash injected into such projects.

A team of technical experts at ERA has for the past few months been conducting a marine survey of the entire coast of Malta to identify sites where land could potentially be reclaimed from the sea.

Sunday’s gathering, organised by the Xgħajra Seafront Interest Group, saw the launch of a petition. Group member George Xuereb told the Times of Malta that they were lobbying the authorities to issue a statement on the matter and make their position clear. They were also hoping that local councils in the area would unite against the possibility of such a project as this would affect the whole area.

“There are no barriers out at sea: the waters of Xgħajra are no different from those of Marsascala or Kalkara. The damage done to one part affects the others too,” one resident said.

Xgħajra mayor Anthony Valvo told those gathered that he had reached out to the councils of neighbouring localities in the hope they could form a united front against the prospect of a land reclamation project.