Yorgen Fenech was one of Joseph Muscat’s guests of honour at a party held at the Prime Minister’s official Girgenti residence last February, where he gifted him fine wine worth thousands of euros.

It was not the first expensive gift the prime minister had received from the man accused of masterminding the murder of journalist Daphne Caruana Galizia.

On previous occasions, Mr Fenech had given the prime minister two expensive watches worth thousands.

The February party at Girgenti Palace made headlines after a video was leaked online showing Dr Muscat and his wife Michelle leading guests in chanting an old Labour Party anthem.

Sources told Times of Malta that Mr Fenech, who was among the first to arrive at the gathering, handed the prime minister three bottles of Pétrus, a premier Bordeaux red wine. 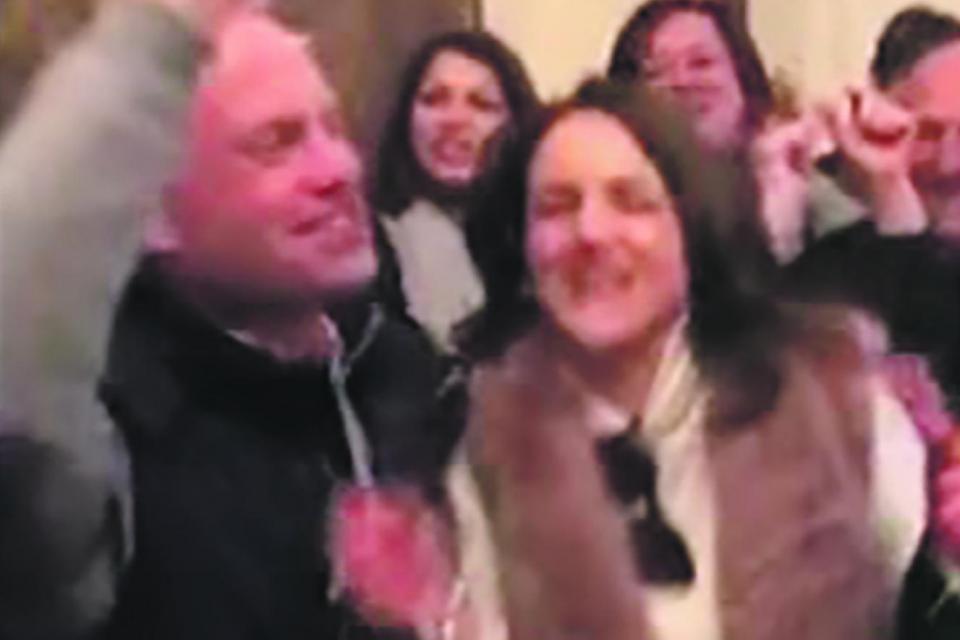 A video grab from the February party at Girgenti Palace showing Joseph Muscat and his wife Michelle leading guests into chanting an old Labour Party anthem.

The vintages of the bottles were especially significant for Dr Muscat. One of the bottles was a 1974 vintage, the prime minister’s birth year, while the other two bottles – both 2007 vintages – mark the year Dr Muscat’s twin daughters were born.

When contacted, a spokesman for OPM said the Prime Minister had attended a number of events around the Christmas 2018 period where members of the Fenech family were present.

“After consultations with the Malta Security Services, it was decided that Yorgen Fenech and Mrs Fenech should not be excluded from the list of invitees for the Prime Minister’s birthday party, for which the couple attended briefly.”

Sources close to Dr Muscat said the bottles of wine were “certainly not” in the prime minister’s personal wine rack but were “in the possession of the State”.

Mr Fenech’s presence at the Girgenti gathering sheds new light on the relationship the prime minister enjoyed with the business tycoon.

While a court has already heard how Mr Fenech and the former Prime Ministe's chief of staff Keith Schembri were childhood friends, the prime minister has played down his ties with the man accused of commissioning Ms Caruana Galizia’s assassination.

Dr Muscat knew that Mr Fenech was a suspect in the Caruana Galizia case since at least May 2018, when he signed a warrant allowing the Malta Security Service to tap the businessman’s phone.

He greeted the businessman at Girgenti Palace in February 2019, nine months later.

Sources close to Dr Muscat insisted that the prime minister had been instructed by investigators not to change his behaviour in any way that could tip him off.

The most valuable was a limited edition white gold Bvlgari watch valued in the tens of thousands of euros, which the businessman gave the prime minister as a Christmas present in 2014. 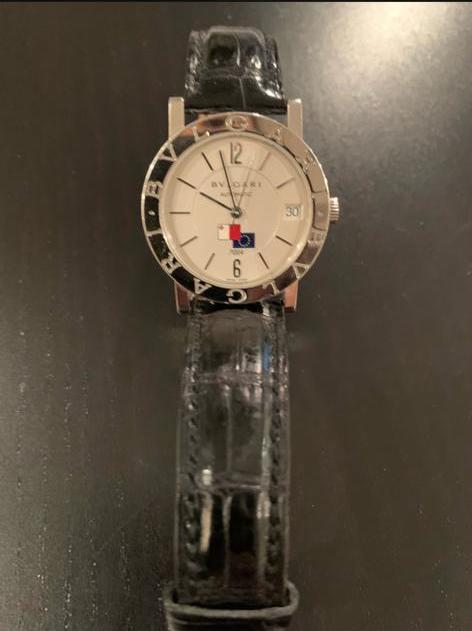 One of the Bvlgari watches in the limited edition set.

Yorgen Fenech’s father, George, is understood to have bought a number of the set. George Fenech died in early December 2014, just weeks before his son Yorgen gifted the prime minister one of the set.

Dr Muscat also received another watch, valued at around €2,000, from Mr Fenech at a separate date.

Mr Fenech’s wristwatch largesse was not limited to Dr Muscat: according to sources, the businessman also gave his childhood friend Mr Schembri a white gold IWC watch for his 40th birthday.

Mr Schembri resigned his post last month after he was questioned in connection with the murder.

After consultations with the MSS, it was decided Fenech should not be excluded from list of invitees

Mr Fenech has been accused of being the mastermind behind Ms Caruana Galizia’s October 2017 car bomb assassination.

However, a note written by a middleman in the crime also named Mr Schembri as a co-conspirator in the crime. Mr Fenech claims Mr Schembri was the hidden hand behind the murder and is seeking a presidential pardon in exchange for information.

Mr Fenech has said he had information about the case which he would divulge if he were to be given immunity from prosecution. Cabinet ministers decided to deny Mr Fenech’s pardon request last month, days after Dr Muscat had recommended a pardon for middleman Melvin Theuma.

Dr Muscat has said that there had been an attempt to blackmail him into granting Mr Fenech a pardon.

What does the Code of Ethics say?

The ministerial code of ethics expressly forbids ministers and parliamentary secretaries as well as their immediate family from accepting gifts which “might be deemed to create an obligation, real or imaginary”.

A second code of ethics applicable to all MPs also states that parliamentarians “shall not accept gifts from person or persons, groups or companies that have or had any direct or indirect interest in legislation before the House of Representatives.”

It goes even further, noting that ministers are likely to come under “undue pressures” from people keen to use ministers, “to gain undue advantage for themselves”.

What’s special about the Pétrus?

Pétrus is a French wine from Bordeaux that has consistently ranked among the world’s best during the post-war period.  The Château Pétrus estate manufactures just 30,000 bottles of the red wine every year from Merlot grapes grown on its roughly 28 acres of land.  Buying a bottle of Pétrus costs anything from €1,000 to €6,500 a bottle for truly exceptional vintages.

Local wine collectors told Times of Malta that the vintages gifted to Dr Muscat would not have been that easy to get hold of.

“Getting your hands on any Pétrus isn’t that easy, but I’m certain that to get hold of a 1974, especially, then this person would have had to go out of their way to get it,” one collector said.

In a statement on Friday, the Nationalist Party said that what was being uncovered showed how close the Prime Minister was to a circle of criminals that had taken over Castille.

It was unacceptable for the Prime Minister to be so deeply involved with people who were now accused assassinating a journalist, or for the Prime Minister’s chief of staff to be involved in the same friendships to acquire thousands of euros a day from 17 Black, which belonged to the alleged murder mastermind.

All this confirmed that Dr Muscat should leave immediately. The country could not wait for the Labour Party to solve its internal problems further harming its reputation.

The Prime Minister, the PN said, should leave at once for justice to operate unhindered. Justice had to be done and seen to be done. But every day the Prime Minister stayed on, he was hindering the justice process.