Yorgen Fenech’s lawyers have asked the police to prosecute Melvin Theuma, the self-confessed middleman in the Daphne Caruana Galizia murder, for perjury over “half-truths” and “blatant lies”.

Theuma is the prosecution’s star witness, testifying about the murder plot under a presidential pardon that binds him to tell “the whole truth”.

The lawyers filed a criminal complaint at the Valletta police station on behalf of Fenech, the businessman who is currently awaiting trial as an alleged accomplice in the journalist’s assassination.

The complaint was lodged on Friday, the same day the lawyers made preliminary arguments to the trial of Fenech before the Criminal Court.

Citing extracts from testimonies and recordings involving the middleman, they claimed he had testified falsely and that every reference to Fenech’s involvement in the murder was a “total fabrication”.

One of the most significant examples concerned the former chief of staff at the Office of the Prime Minister, Keith Schembri.

When testifying before an inquiring magistrate about whether anyone was ever sent by Schembri to speak to him about the murder, Theuma had mumbled, “No, I don’t think so.”

But in a recorded conversation with Fenech’s business associate Johann Cremona, Theuma clearly contradicted himself, heatedly referring to Schembri as the one who had promised the Degiorgios, two of the alleged hitmen, “bail on the 22nd” and “one million each”, Fenech’s lawyers said.

Theuma had also said that he “overheard” Schembri in a call to Kenneth Camilleri and even went a step further, telling Cremona that he wanted to meet Schembri behind Fenech’s back. 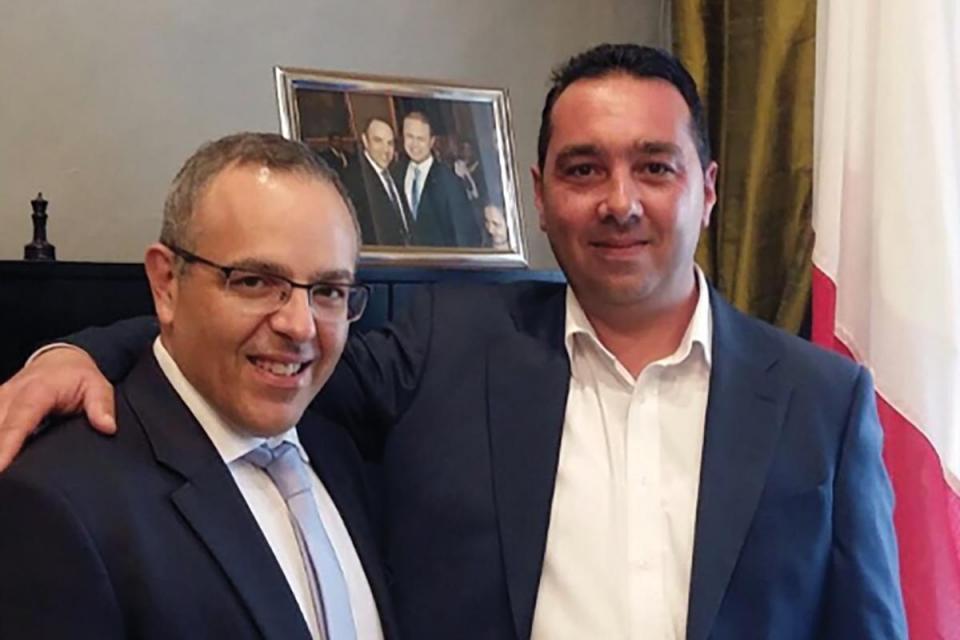 “Ngħidlu insejt kemm bkejt li ħa jaqbduhom qabel joqtluhielek,” (I’ll tell him [Schembri], have you forgotten how much you cried because [you feared] that they would arrest them before they killed her [Caruana Galizia]), Theuma said in one of the recordings referred to by Fenech’s lawyers.

The lawyers also claimed there were divergences between what Theuma had said in those recordings and what he eventually testified in court in various criminal cases as well as before the inquiring magistrate.

Theuma testified 15 times in Fenech’s case, as well as against the Degiorgio brothers and Vince Muscat, brothers Andrian and Robert Agius, and Jamie Vella, and during the public inquiry into the Caruana Galizia assassination. Questioned by lead prosecutor superintendent Keith Arnaud before the inquiring magistrate, Theuma first said he had no other recordings except those involving Fenech, the lawyers said in their complaint.

But he later admitted that he had also secretly recorded Cremona but had not “saved” the data.

Those ‘hidden’ recordings eventually came to light during a separate magisterial inquiry when devices seized from the middleman’s relatives were also investigated.

Throughout his testimonies, Theuma sought to play down his relationship with Cremona, Edwin Brincat il-Ġojja, and former police commissioner Lawrence Cutajar, lying about his sources, Fenech’s lawyers said.

Testifying at the murder compilation, Theuma named former police superintendent Raymond Aquilina and Kenneth Camilleri as his informants and only after much hesitation added that Cremona also got information from Schembri.

As for former minister Chris Cardona, in the recordings Theuma said there were “four others” involved in the assassination, adding that Cardona “knew too much about the Degiorgio brothers for them to give him away”.

It was evident that Theuma had access to “offficial confidential information” about the murder, said the lawyers.

Moreover, Fenech himself was certain that there were other recordings possibly destroyed by the middleman or else undisclosed by investigators.

Such “half truths, non-disclosures and blatant lies” prompted Fenech to call upon the police to prosecute Theuma for perjury and false swearing.

During the hearing on Friday, Fenech’s defence team claimed that the State prosecutor seemed intent on “closing this chapter on the Caruana Galizia murder and to have Yorgen Fenech convicted at all costs”.

But there was still crucial evidence that needed to be included in the proceedings and unless the defence was given full disclosure there “will be no trial,” Mercieca stressed in court.

He also referred to “29 hours” of secretly recorded conversations by the middleman that were still to be heard and several important cross-examinations that were cut short when the bill of indictment was issued, effectively bringing the curtain down on the compilation of evidence.

The presiding judge, Edwina Grima, indicated that the trial would “not be over in two weeks”.